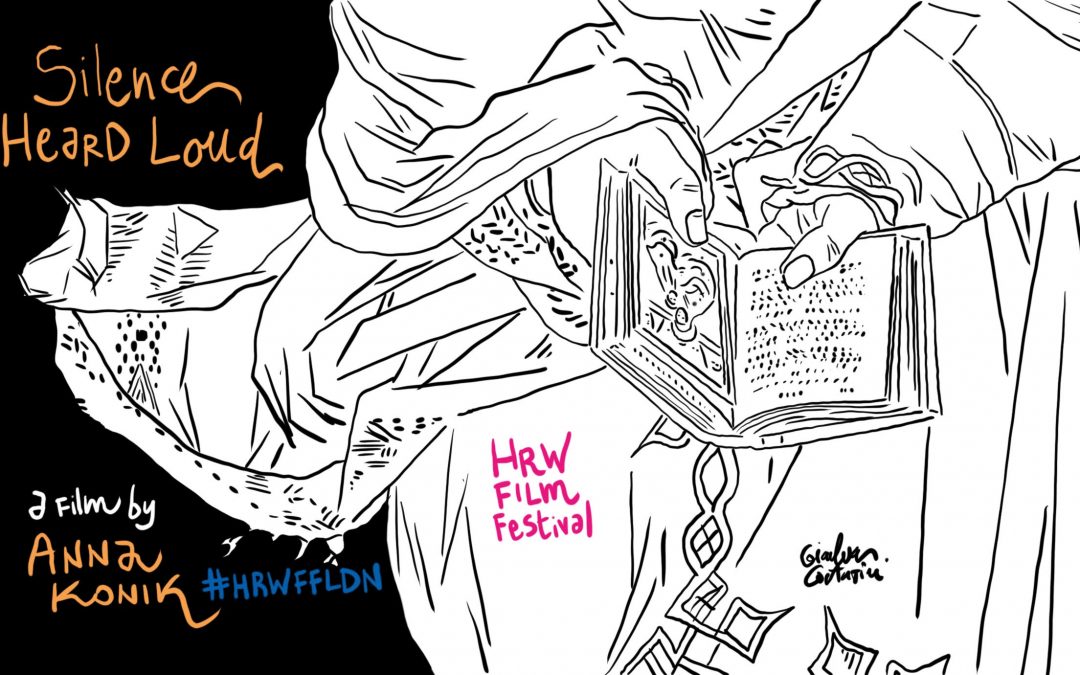 The Human Rights Watch Film Festival is streaming across the UK and Ireland from March 17-25, and Golden Thread Gallery is delighted to be a presenting partner of the Opening Night Film #SilenceHeardLoud. Directed by artist and filmmaker Anna Konik, this powerful film is a reminder of the struggles facing members of the UK refugee community as they rebuild their lives and navigate the British #asylum system.

In ‘Silence Heard Loud’ we meet seven individuals from six countries who journeyed to the UK in search of safety—fleeing from war, terrorism, ethnic hatred, persecution, and domestic violence. But the issues now facing Angela, Janahan, Merwa, Michael, Mohamed, Nirmala, and Selamawit are complex: endless asylum procedures with no permission to work, uncertainty about their futures, and the loneliness of longing for family and home. After many years of integrating into their new local communities and rebuilding their lives, their futures are still under threat. At any moment, the UK Home Office could force them to leave their lives and the relationships they have forged.

This artfully crafted film is a reminder of the struggles facing members of our community, and the continued fight for refugees to find freedom and dignity as they navigate the British asylum system.

The festival doesn’t want ticket prices to be any barrier. Get a £5/ €5 ticket to stream the films at the by entering code: RIGHTS2022 at checkout. Free tickets are available first-come first-served for any member of the public who needs them by emailing filmticket@hrw.org

Anna talks about the making of Silence Heard Loud here.

Human Rights Watch Film Festival (HRWFF) bears witness to human rights violations in direct storytelling and exposé form, and creates a forum for courageous individuals on both sides of the lens to empower audiences with the knowledge that personal commitment can make a difference. We’re very proud to be a presenting partner of the festival on this important and powerful film.