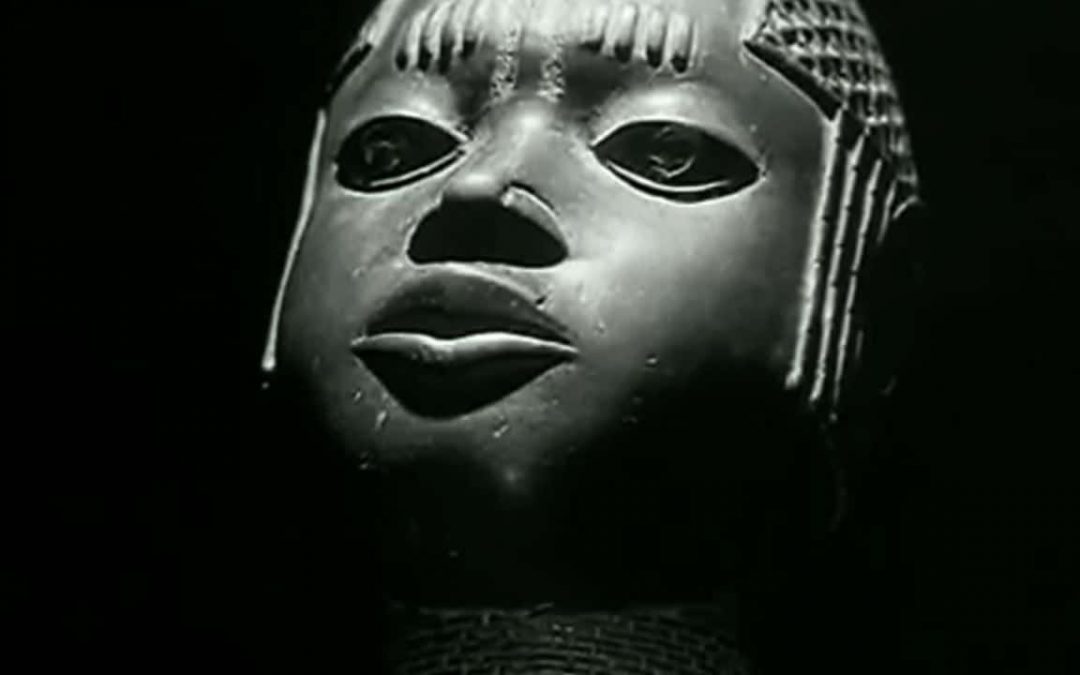 HOW DID WE GET TO: KNOW SO LITTLE? is a collaboration between Golden Thread Gallery and Docs Ireland 2022. This exhibition of artist moving image works explores how museums and archives perpetuate western colonialism through categorisation and collecting objects, and hopes to engage with the ongoing dialogue about the politics of the museum. The exhibition is curated by Golden Thread Gallery Director Peter Richards, and follows on from and continues the themes and questions being explored in our most recent exhibition HOW DID WE GET TO: WE ARE HERE?

Peter says: “It’s been liberating to acknowledge that what I think I know isn’t necessarily true, and so turn my attention to how knowledge is formed, to how my understanding is informed and to explore the foundations of commonly accepted narratives – current social constructs. Know So Little, is intended to open up a space to consider the trust we place in archives, collections and its known though widely overlooked complex relationship with the mechanics of colonialism.

A time and space to be provoked, to reflect and to reimagine.”

The exhibition formed through conversations and collaborations with Docs Ireland, the Belfast Photo Festival, the Cathedral Quarter Festival and the Golden Thread Gallery. It is centred around the installation of ‘Statues Also Die’, and features a co-curated photographic exhibition, a series of video installations, a programme of screenings and an array of activities.

Commissioned by the journal Présence Africaine, this influential and beautifully shot film explores African art as gathered in museums in Europe – sculptures, masks and other traditional art from Sub-Saharan Africa now ‘dead’ because they have been taken from their place of origin and stripped of their context and significance, reduced to a museum object.

According to Resnais, the original intention was not to make an anticolonial film, but simply a film about African art. However, when the filmmakers began their research, they were struck by the fact that these works from Africa were exhibited at the ethnological Musée de l’Homme, and not at the Louvre, like ‘great art’ from elsewhere. As their work continued, the unmistakable and disintegrating effects of colonialism inevitably became more prominent in their approach to the subject. The original version of the film was banned in France until the 1960s because of its criticism of colonialism.

In Gallery Two we will show a rolling programme of moving image works by Northern Irish artists who use documentary formats to bring colonial practices to light. The works will change fortnightly, punctuated with special Saturday screenings of short film works by leading international artists.

Over six months, Belfast based Anaka Women’s Collective and activists from PPR (Participation & Practice of Rights) collaborated with artist filmmaker Emily McFarland to trace memories of displacement, the meaning of home, challenges around social housing and future aspirations for a new kind of neighbourhood in West Belfast – forged through resilience and mutual aid. Commissioned by Belfast Film Festival 2021.

Based on images from the Belfast Exposed photographic archive, this single channel video installation by artist Michael Hanna invites the viewer to consider the images and the subjects they represent as a series of codes, patterns of learned behaviours and universal tendencies.

This film by Stuart Sloan and Stephen Hackett assembles hundreds of clips of people in the north of Ireland investigating and exploring centres of pleasure, nodes of desire, knots of yearning, from the mundane to the spectacular. A playful and exotic, humorous and joyous, surreal and disturbing journey into the collective psyche. Commissioned by Belfast Film Festival and Docs Ireland, supported by Film Hub North with National Lottery funding on behalf of BFI Audience Network.

The former Nigerian Film Unit was one of the first outposts of the Colonial Film Unit, the British visual propaganda engine. The empty building is now full of dust, cobwebs, stopped clocks, and rusty and rotting celluloid film cans. The films housed in it are hard to see because of their condition, but also perhaps because people do not want to see them. They reveal colonial residue in the walls of the building itself. Courtesy of LUX

The film set on the outskirts of Johannesburg shows the preparations for a people’s tribunal where traditional healers, activists, and lawyers come together to discuss indigenous knowledge and bio-prospecting. Ghosts of colonial explorers, botanists, and judges observe the proceedings. Courtesy of LUX

Running alongside the exhibition of moving image works is a photographic exhibition resenting a selection of the outstanding work by feminist and queer photographic artists from the Belfast School of Art over the years.

A programme of free events, workshops and talks will accompany the exhibition.