Seen as it’s made = Made as it’s seen: Lennon 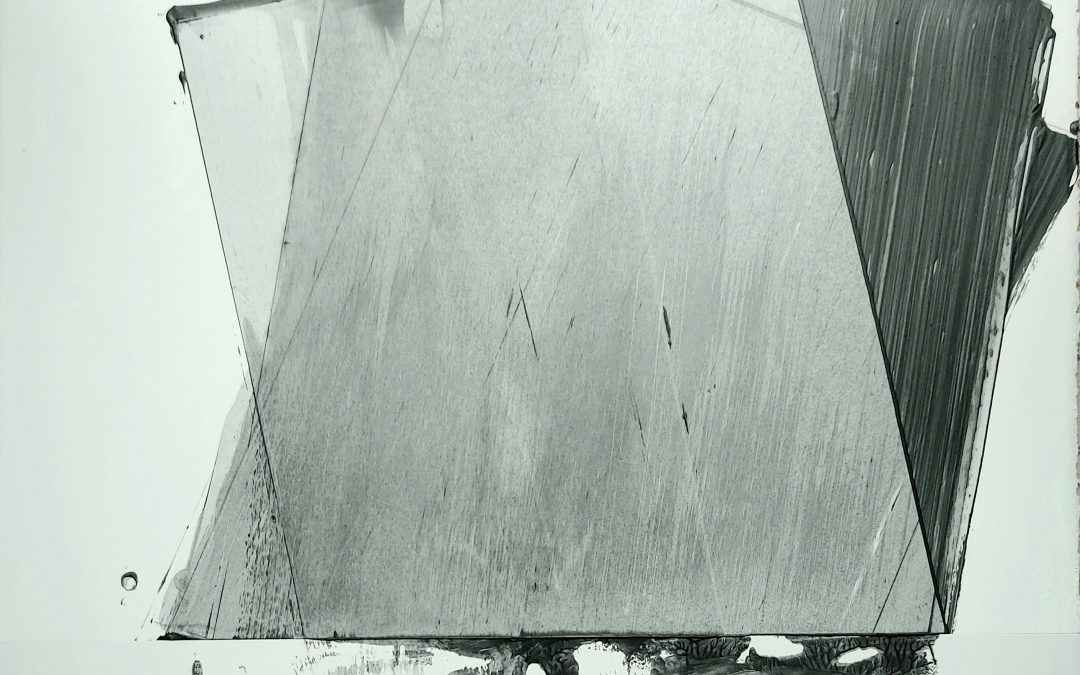 Golden Thread Gallery presents Seen as it’s made = Made as it’s seen, a solo exhibition by Lennon in Gallery One and Gallery Two.

Seen as it’s made = Made as it’s seen marks the second solo exhibition by the artist at Golden Thread Gallery, who previously exhibited Porous Plane in 2019.

The subject of Lennon’s paintings is always the viewer, and their experience of the painting is the content.

‘We all come from a composite body. Our lives are: interwoven and interacting between reality and imagination.’

Much of Lennon’s work unearths childhood thoughts and memories. He recalls a time when, at the age of seven, his mother allowed him to “paint” the back wall of the house, but only if he used water alone. The effect of sunlight on the wet wall has remained with him and retains its significance … “look Ma, quick, quick before it dries” …

Seen as it’s made = Made as it’s seen also marks a new appearance of Folded/Unfolded, a work with a fifty-year legacy. It will be made in the gallery space itself in August 2021. The piece will be accompanied by works from its earliest appearance to the present.

Lennon (born 1947) has been described as ‘one of the most important Irish painters currently working in the field of non-objective art’. Some of his most well-known work is Porous Plane, which originated from his Folded/Unfolded Paintings of 1969–1972.

In 1959 he saw a photograph from Auschwitz of a mound of spectacles taken from people condemned to death by the Nazis. This encounter had a profound impact on his thinking and feelings. Drawing on the philosophers Wittgenstein and Adorno, Lennon has said: “It was no longer possible for me to continue the tradition of Western painting after the Holocaust.” Lennon had to find another way.

He was chosen to represent Ireland at the 1993 São Paulo Biennial in Brazil, and in that same year, he was elected to Aosdána (an Irish State honour conferred on artists whose work has made an outstanding contribution to the creative arts in Ireland).