Not Alone – catch up with our exhibition’s incredible journey so far! 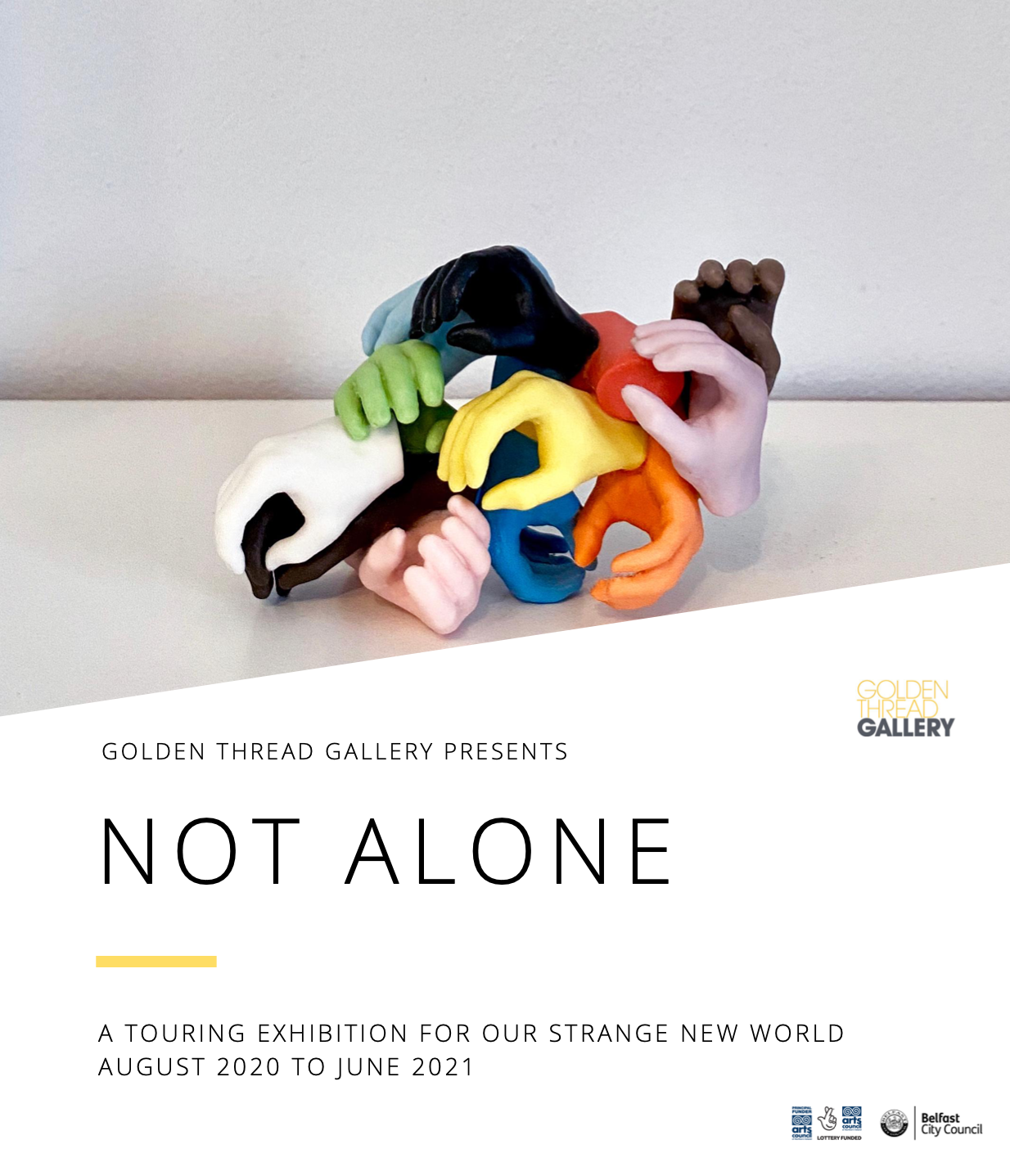 So far, our unique touring exhibition Not Alone has…

Not Alone features new work by eight of the most exciting artists working on this island, in response to the state of the world right now: Sharon Kelly, Clare Gallagher, Joy Gerrard, Graham Gingles, Ailbhe Greaney, John Rainey, Megan Doherty and Chloe Austin. Each artwork was created to be tiny or portable enough to fit together inside a glass bottle and travel to different curators around Europe.

The exhibition was created for our new Covid-transformed world. With isolation measures, travel restrictions and quarantine rules affecting art exhibitions and collaborations in every way, GTG Director Peter Richards was inspired by a fragment of a classic song to imagine a visual arts message in a bottle.

In August 2020 Not Alone was sent out from Belfast to its first destination: Italy. When it arrived in Bologna, Chiara Matteucci became the first curator to create her own version of the exhibition, installing the artworks in her home. Then the exhibition travelled across Italy to Rome, where it was shown in the homes of two curators, Manuela Pacella and Micol di Veroli. Just before Christmas, the exhibition travelled over more than 1000 miles across Europe to the Netherlands, where it was installed in a communal space in the University of Amsterdam Art History department by Prof Christa Maria Lerm Hayes and her team.

Next for Not Alone, a shorter trip across the Netherlands to travel to the wonderful, appropriately tiny experimental space The Dollhouse in Heemstede and curator Ciara Finnegan. And then the exhibition will make its return to Northern Ireland! Its final destination in its current form will be Derry/Londonderry.

Watch this space for more details, including how we plan to welcome all the artworks home!