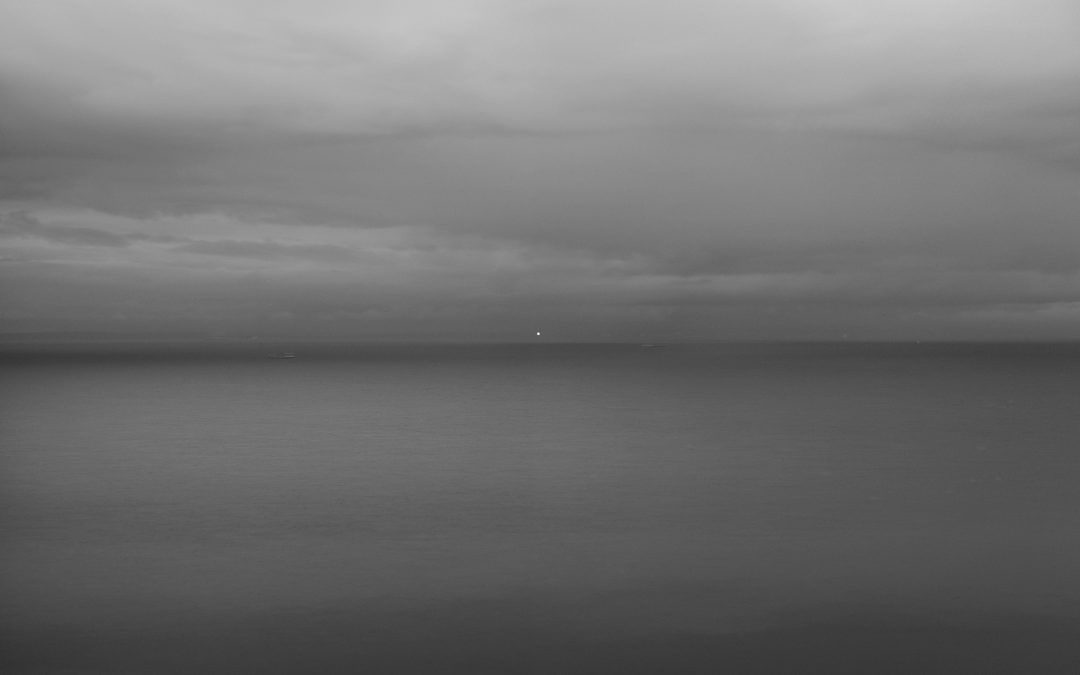 The exhibition will explore Wylie’s Lighthouse series, 2016 – 2021. This photographic series explores the subject of borders in the wake of Brexit. Immediately following the June 2016 referendum Wylie began to photograph particular lighthouses on key dates, glimpsed from the opposing coastlines of France and England, Scotland, Wales and Northern Ireland – the United Kingdom?

“Capturing the afterglow of distant lighthouses was a means to process the tensions and complexities of identity, insularity and isolationism.” – Centre Culturel Irlandais, Paris

The result is a powerful series of richly layered black and white photographs that confront the dual nature of the sea as a physical barrier and an invitation to cross. Wylie utilises the physical barrier of the sea to highlight not only current borders but those we may have in a post-Brexit future, such as the suggestion of a border between Northern Ireland and the UK.

Further to this, the Lighthouse series investigates the tension between closeness and distance, familial ties and separation, and identity and isolationism.

Born in 1971, Donovan Wylie is a photographer and filmmaker based in his native Belfast. Exploring alternative strategies for the representation of conflict, Wylie combines conceptual and typological approaches, and asks us to consider the role of photography within the contexts of preservation, memory and history.

Wylie is Professor of Photography at Ulster University, and his work is held in numerous public collections including the Metropolitan Museum of Art, New York; the Yale University Art Gallery, New Haven; and the Irish Museum of Modern Art, Dublin. Wylie’s books with Steidl include Maze (2009), Outposts (2011), North Warning System (2014) and Housing Plans for the Future (2018).

In association with Ulster University