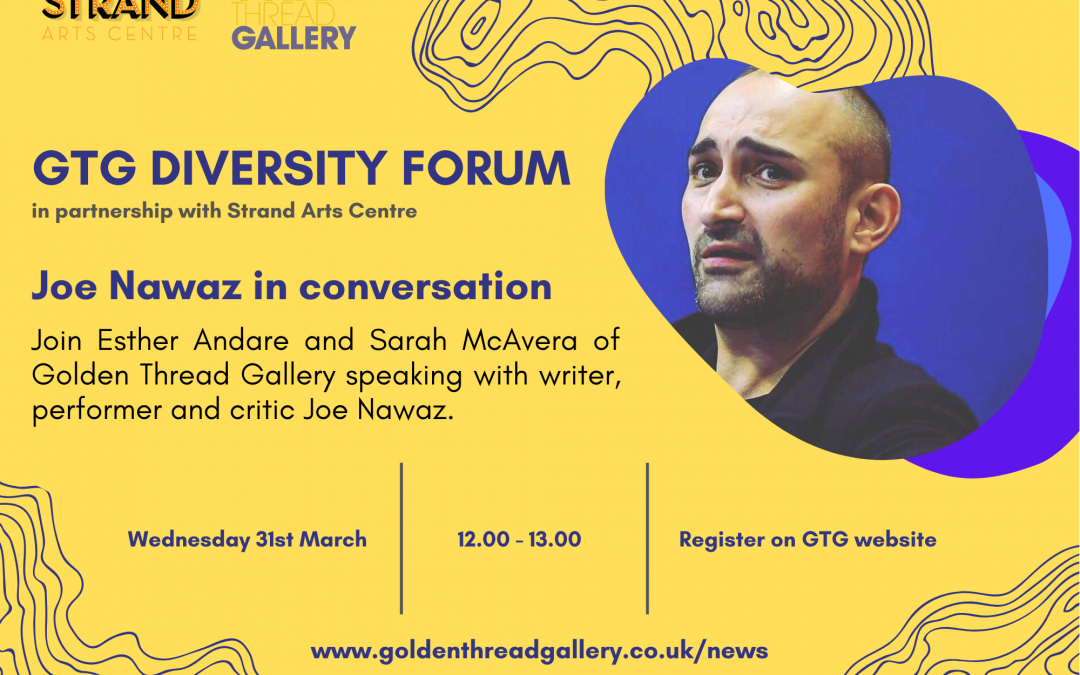 In partnership with the Strand Arts Centre in Belfast, Golden Thread Gallery is delighted to announce a new online event with writer, performer and critic Joe Nawaz, part of our continuing series of discussions about improving diversity and inclusion in the Arts in Northern Ireland.

Joe is a mixed-race writer, performer and critic who lives and works in Belfast. He has written and contributed to a number of live shows which premiered at the Belfast Comedy Festival, Cathedral Quarter Arts Festival, Open House Festival and the MAC, Belfast. He performed the acclaimed show Fake ID around Ireland including a sold out at the MAC. Joe wrote and performed Small Tales from Talktown, and also the award-nominated BBC Radio documentary Sticking Out in 2019. Joe is currently developing a new show “Five Days in Pakistan” with the support of Eastside Arts and Arts Council NI.

Please join us online on Wednesday 31st March, when Joe will join Golden Thread’s team of Esther Andare, Sarah McAvera and Liz Byrne in conversation about his experiences of growing up with a unique identity and making a career in the arts in NI.