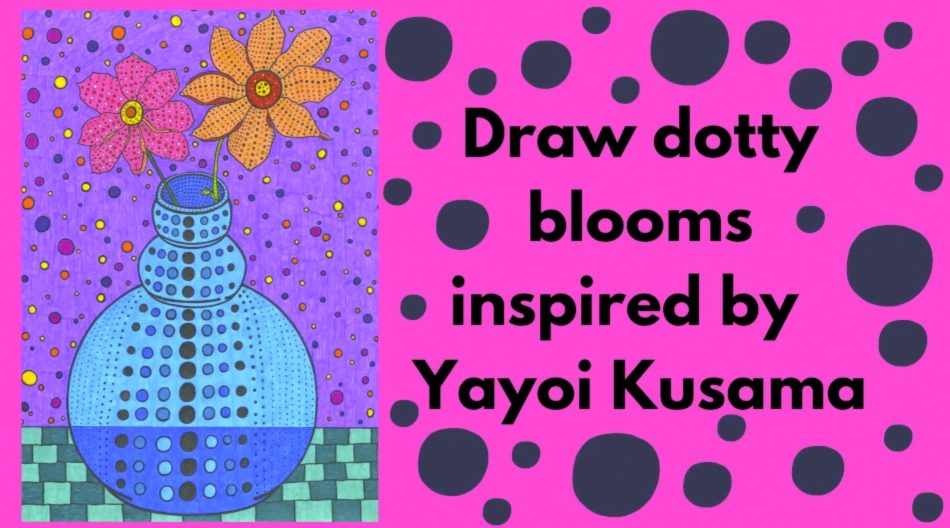 Today’s brand new GTG Workshop explores the fantastical, colourful art of iconic Japanese artist Yayoi Kusama. She is known as the ‘princess of polka dots’, because although she makes many different kinds of art, from sculpture, installation, paintings and drawings, they always feature lots and lots and LOTS of dots!