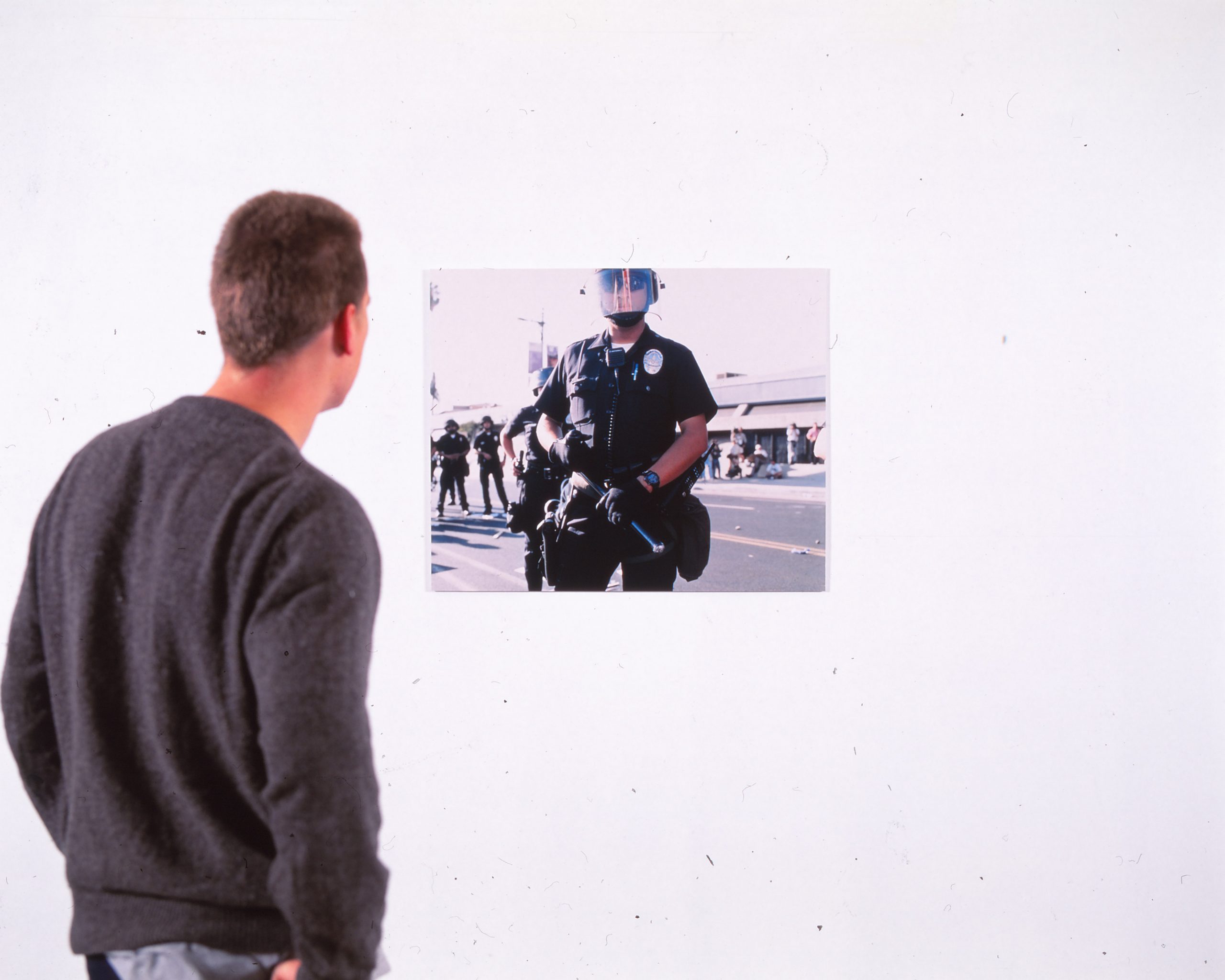 Each week during lockdown, GTG Director Peter Richards revisits one of our past exhibitions on Instagram and shares his personal reflections on the show and its contexts, then and now. This week he looks back to 2000 and the exhibition Better Society, which brought together work by Phil Collins, Daniel Jewesbury and Colin Darke.

“I wouldn’t have started from here”

“It’s increasingly appropriate to quote this phrase from Daniel, especially when writing any reflection on our past programme; or indeed, any History of Northern Irish Art; or come to think of it, any history as we understand it, at this moment in time.

Better Society brought together three distinct projects/bodies of work, by the three artists Phil, Daniel and Colin. Phil had just returned from a residency in L.A, Colin from Finland and Daniel, I can’t remember right now, but he was always somewhere or other. Each had developed works in response to observations on related societal models.

The exhibition didn’t ever set out to offer a model what a Better Society could be, rather it offered an opportunity to confront ways we were engaging with the dominant socio-political models of the day. That proposed action seems ever more relevant today.

So, I’ve started from here on this occasion … on another day it could have started from somewhere other…  I’d begun to be involved with the programming of the Golden Thread Gallery after having had a solo exhibition ‘Another Something Other’ there in 1999.

The gallery was started by Gail Prentice in 1998 as an artist-led project. At the time of this exhibition the gallery was not receipt of any annual funding, it had no paid staff, rather it received sporadic project support and occasional sponsorship. The gallery had a different purpose and played a role different to its current configuration.  Though many of the motivations that informed its approach to programming continue to resonate.

It was a time when we worked predominately with our peer group – fortunately for us, we thought it was a great peer group, and a great time for visual art in Belfast. It felt like Belfast’s Art scene was poised to … or at least in a good place from which to… be at what now feels like a good moment in a perpetual cycle of endlessly differed potential.

We were working with our knowledge of what our peer group was doing; what they were being paid to do elsewhere; and then creating opportunities to present this work to local audiences. We looked to set up new narratives, dialogues between works, whilst maintaining space for all works to be engaged with on their own.

Subjects for, approaches to, exhibitions and exhibition making, primarily grew out of conversations. They tended to begin with an invitation to artists to come together with us and test a conversation further over coffee. I remember having lots of coffee with lots of artists…”