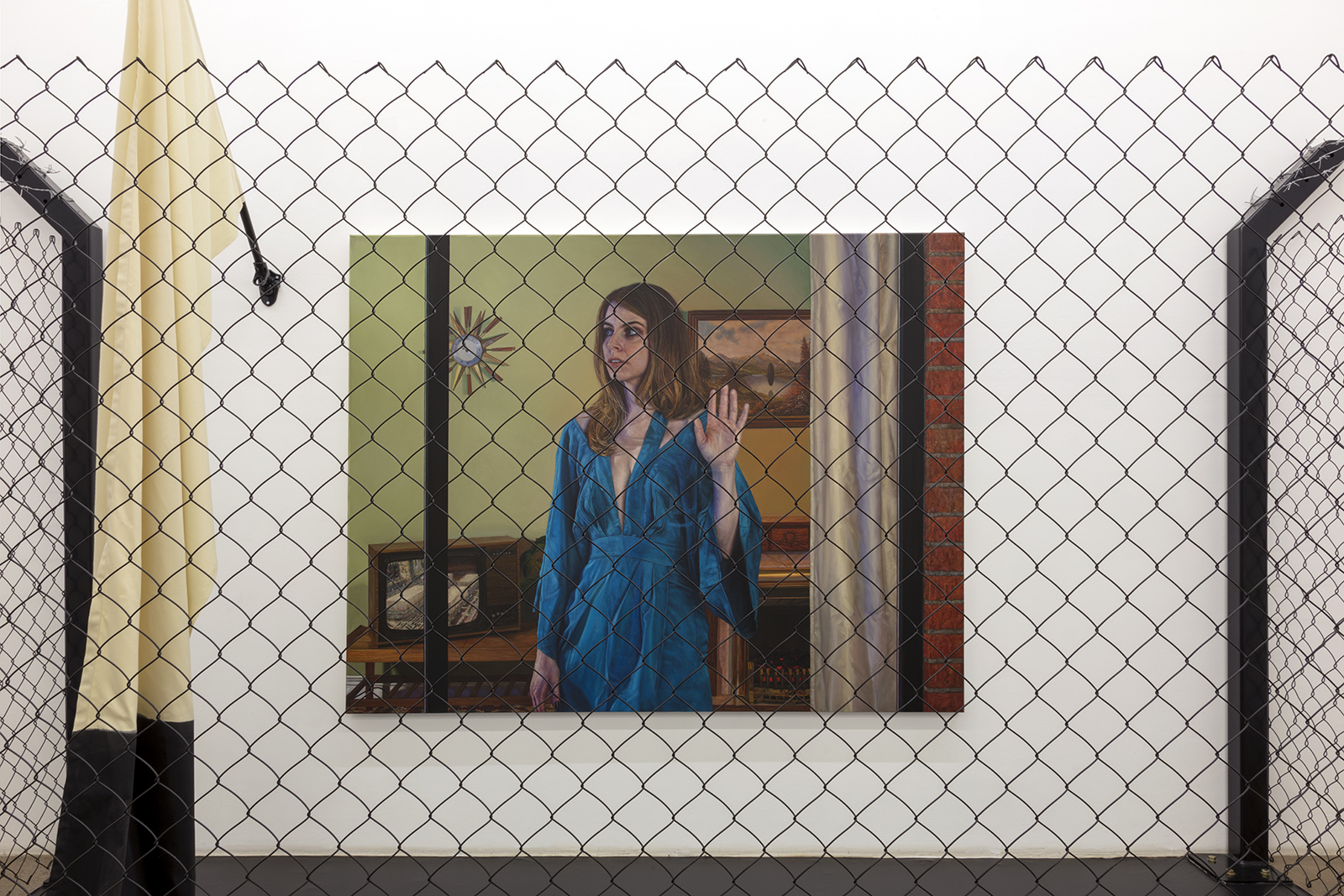 This week we’re delighted to work with artist Ian Cumberland, as he shares a new film that looks back at his 2018 exhibition at the GTG, a common fiction. (Please note: the film has sound, but no voiceover).

Ian’s work in this exhibition explored new methods of painting for him; moving towards wider, more immersive installation experiences. Detailed portraiture was staged within the space and extended with fabric, neon and video work. This ‘staging’ framed the paintings in a context that is found within the imagery of the paint itself, bringing the viewer a different perspective of looking at his work. The paintings were expanded, the landscape of each work brought out and into the gallery.

Born in Banbridge in Co Down, Ian Cumberland studied at The University of Ulster, where he was awarded the John and Rachael Turner Award for the most outstanding student in 2006. He has established a national and international reputation for his highly realistic portraits.

Ian is perhaps best known for his hyper realistic large oil paintings, including his award winning ‘Heads’ series. The surfaces of Cumberland’s paintings record the innate detail of flesh, pattern and texture in highly detailed precision.

GTG Artists Present is funded by the Community Foundation NI