WE ARE THEM, THEY ARE US

We are them, they are us
Curated by Peter Richards; featuring artist: Margaret Harrison 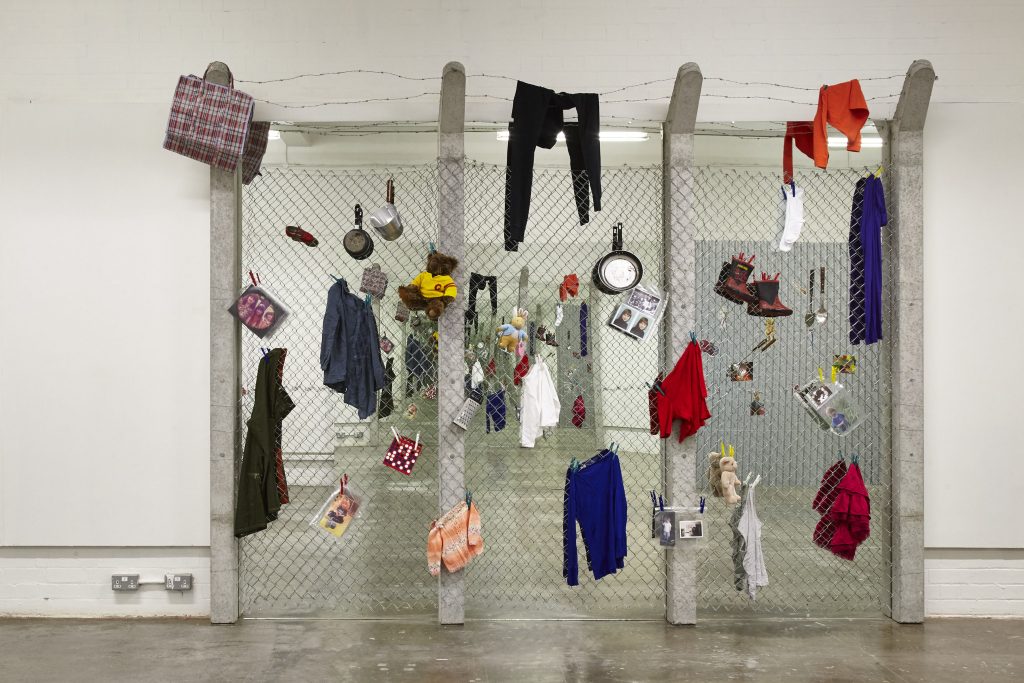 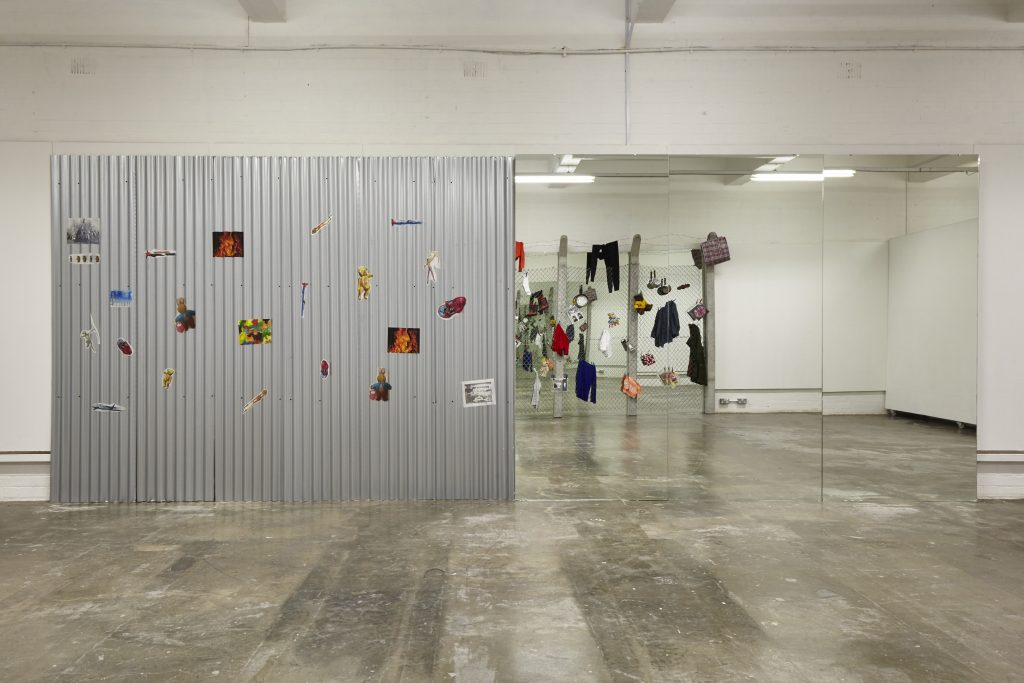 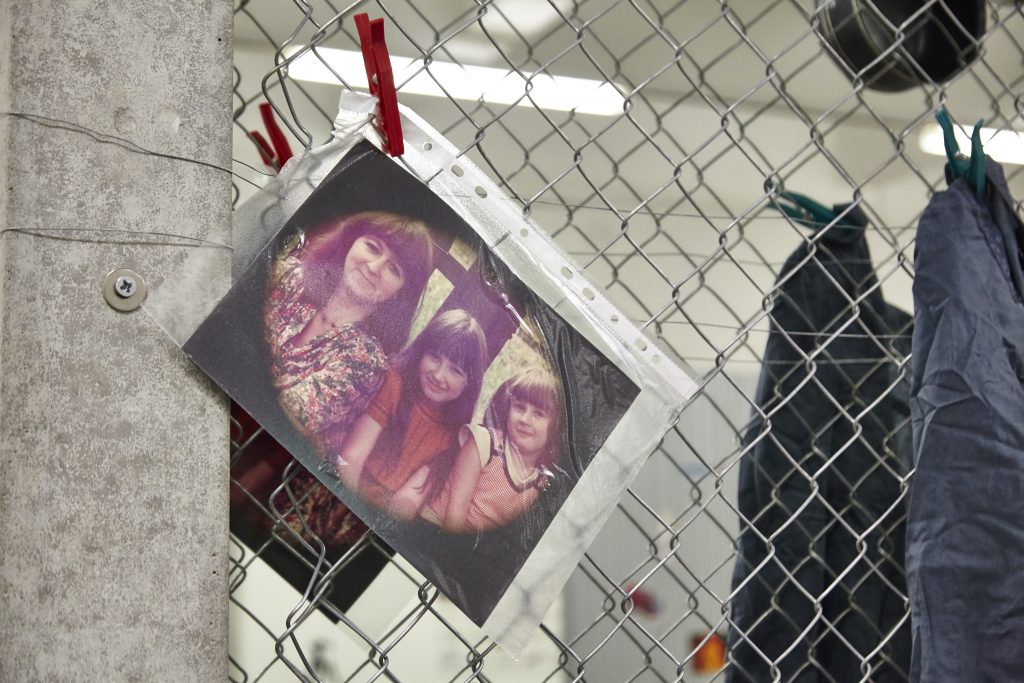 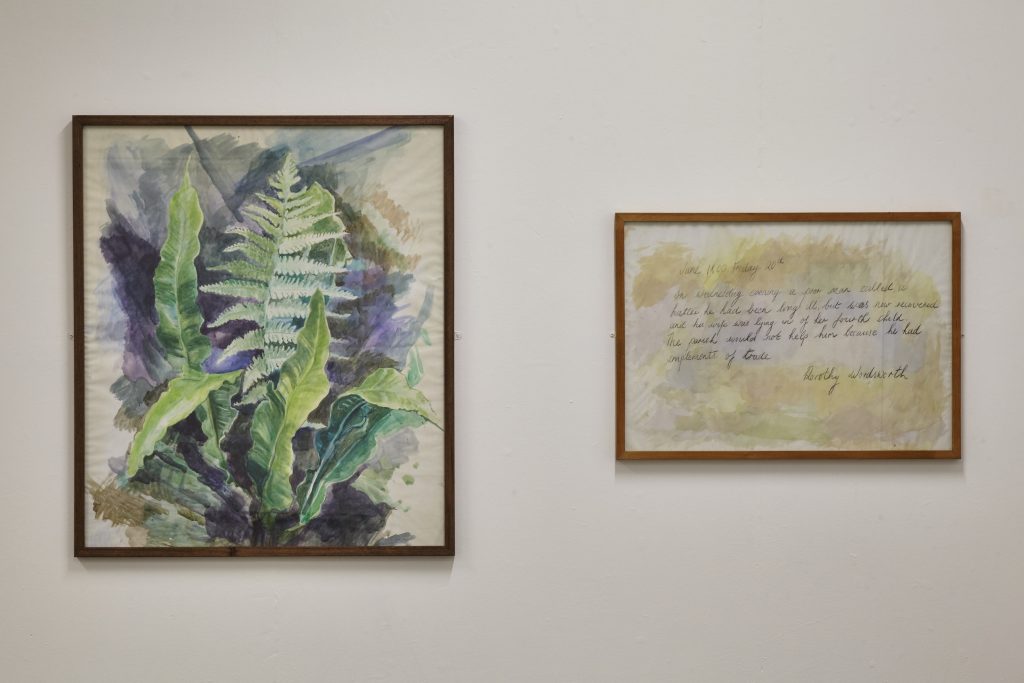 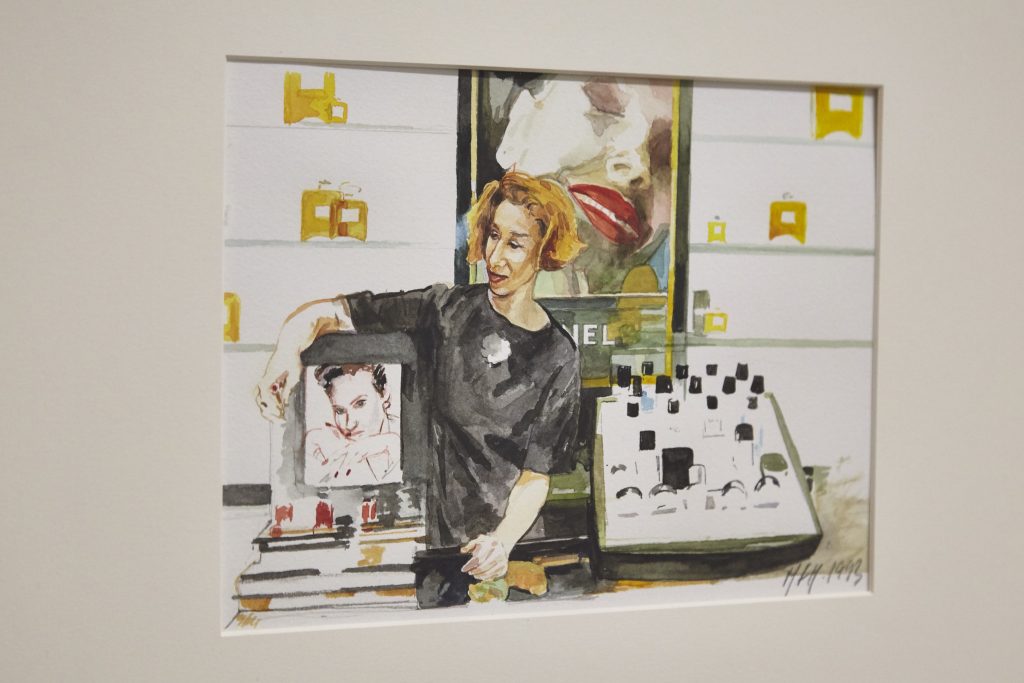 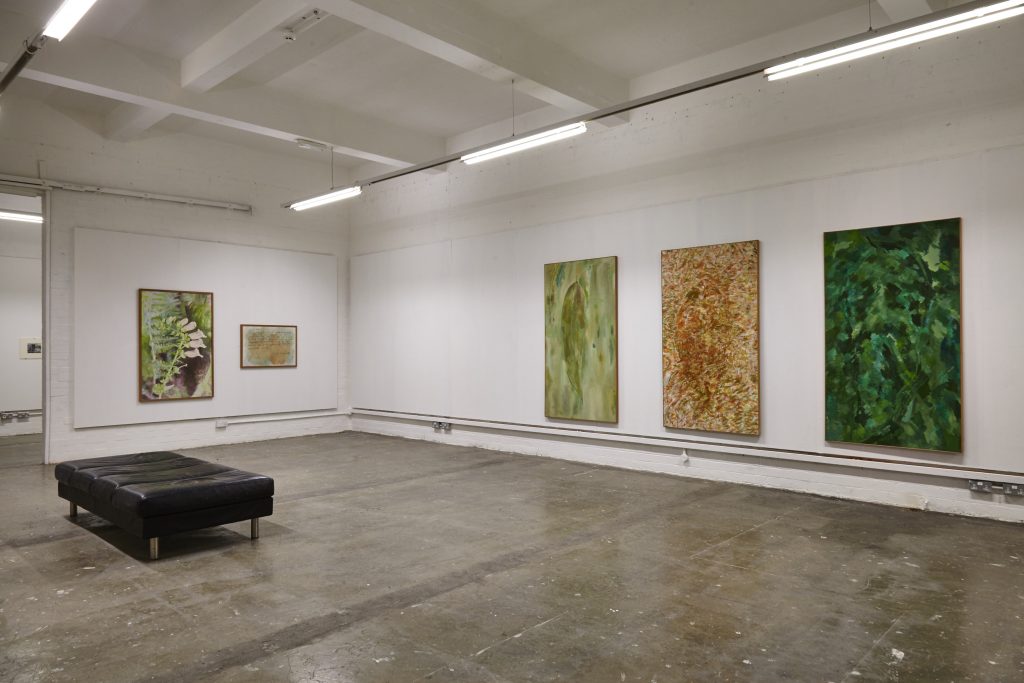 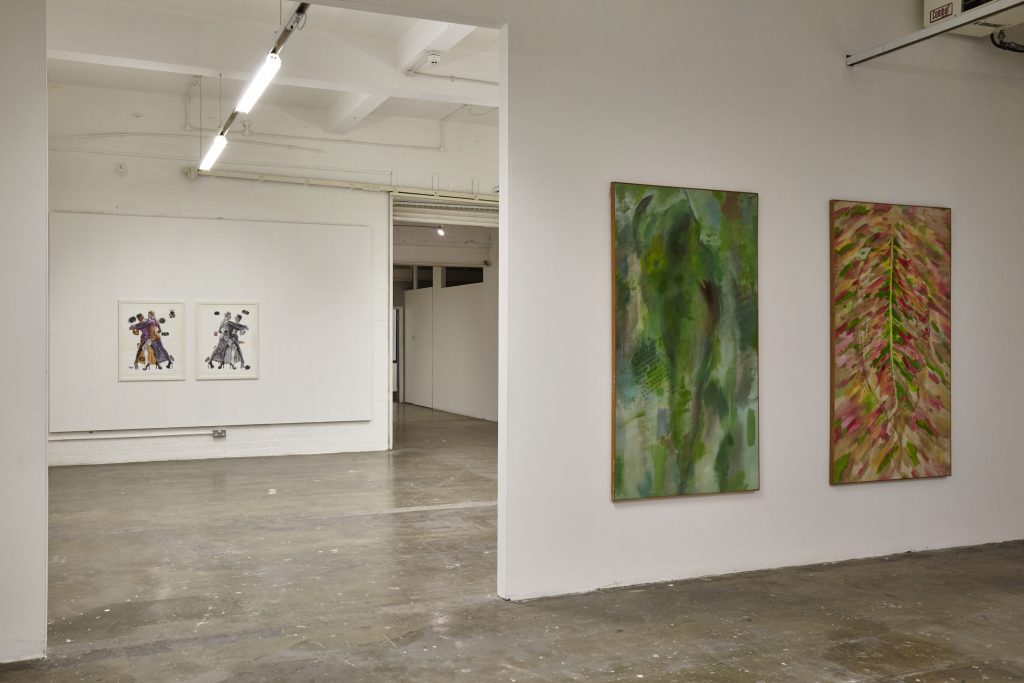 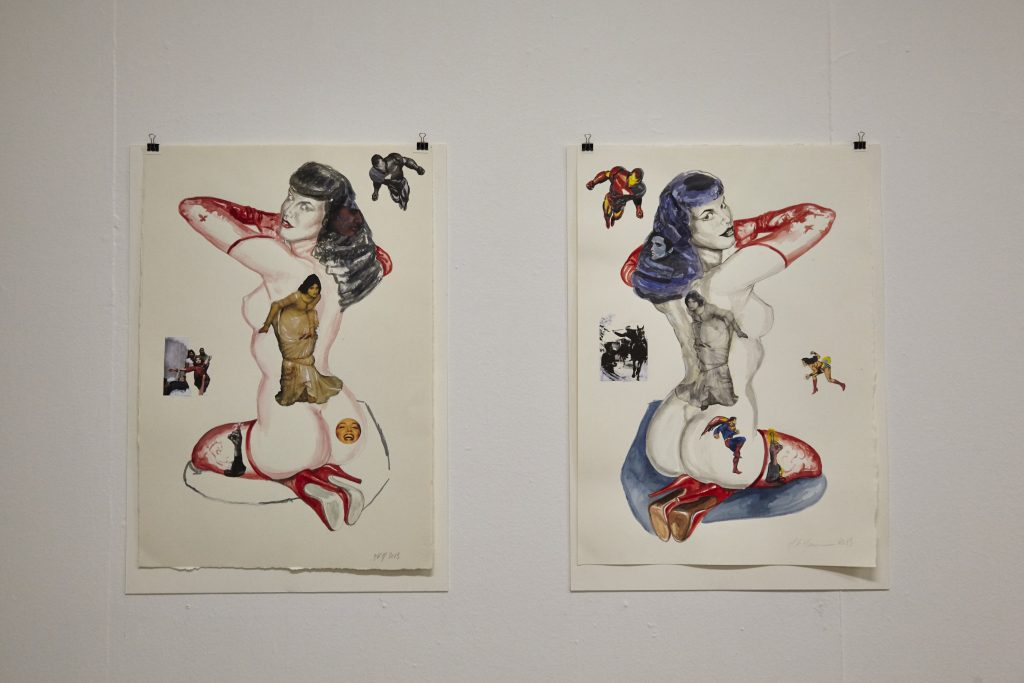 Golden Thread Gallery is delighted to present Margaret Harrison’s first solo exhibition on the island of Ireland, We are Them, They are Us.  Harrison is widely regarded as one of the most important artists of her generation and was awarded the prestigious Northern Art Prize in 2013.  Born in Wakefield in 1940, Harrison has spent her career creating artwork that explores political and societal concerns.  This exhibition will present several seminal works, created at various stages of her career, alongside a number of more recent pieces.

Many of the themes that Harrison explores in her work, (such as protest, land rights and contested space), will resonate with audiences in Northern Ireland.  Harrison first addressed the issue of land rights in her 1980 series Dorothy Wordsworth.  Drawing on the diaries written by William Wordsworth’s sister, these works record the plight of rural labourers passing through the village of Grasmere on their way to the Industrial cities to find work, having been thrown off common land. These texts contradict the common assumption that the Romantics were only interested in glorifying nature and ignored social concerns. Harrison’s use of the figure of Dorothy Wordsworth not only highlights the issue of land tenure, but also acknowledges the important subject of women lost to history; Dorothy’s prose was highly praised by Coleridge, and phrases from her diary often inspired her brother’s poetry.

In the installation Greenham Common, Harrison recreates a portion of the perimeter fence from Greenham Common military base.  From 1981 until the base’s closure in 2000, women’s peace groups surrounded the perimeter of this former common land, protesting against nuclear weapons and claiming their historic land rights to this enclosure.  Harrison recreates the women’s habit of attaching personal items, such as children’s clothing, family photographs and camping equipment to the fence, thereby emphasising that the political and the personal are inseparably entwined.

Harrison’s concern with property rights and land ownership is also expressed in her Australian Landscapes series.  Each of these eight paintings feature a single leaf, painted with impressionistic brushstrokes, in varying colour schemes to represent the changing seasons.  Quotations, illustrating the differing ways in which Westerners and Aboriginals have often viewed land rights, are incorporated into each image.  Yet Harrison frustrates the viewer’s attempts to read these texts by partially covering them with several layers of paint, perhaps alluding to the indigenous peoples and cultures concealed by the colonisation of Australia.  Harrison emphasizes that this apparent wilderness is not simply untamed, neutral land; rather it is a disputed space, with various parties staking competing claims.

In other works, Harrison questions issues of gender inequality and the objectification of women in popular culture.  In He’s Only a Bunny Boy, she draws Hugh Hefner posing proactively in a corset, stockings and bunny ears.  A man who has made millions through the objectification of women is, in turn, objectified.  Meanwhile, In Scents of Identity, young, often ethic minority, cosmetics salesgirls are depicted in polished, glossy department store surroundings.  The reality of their tiring, poorly paid jobs appears in stark contrast to the impossibly glamorous advertising campaign images that surround them.

Margaret Harrison will be joined by Prof. Hilary Robinson in conversation at the gallery on Friday 27th March.

Hilary Robinson is Dean of the School of Art and Design and Professor of Visual Culture at Middlesex University. Her teaching and research focuses on feminist art theory; and her publications include Visibly Female: Women and Art Today (1987);Feminism-Art-Theory 1968-2000 (2001); Reading Art, Reading Irigaray: The Politics of Art by Women (2006). A revised edition of Feminism-Art-Theory will be published July 2015. She is currently working on a history of the feminist art movement.