Video Encounters: inside the story 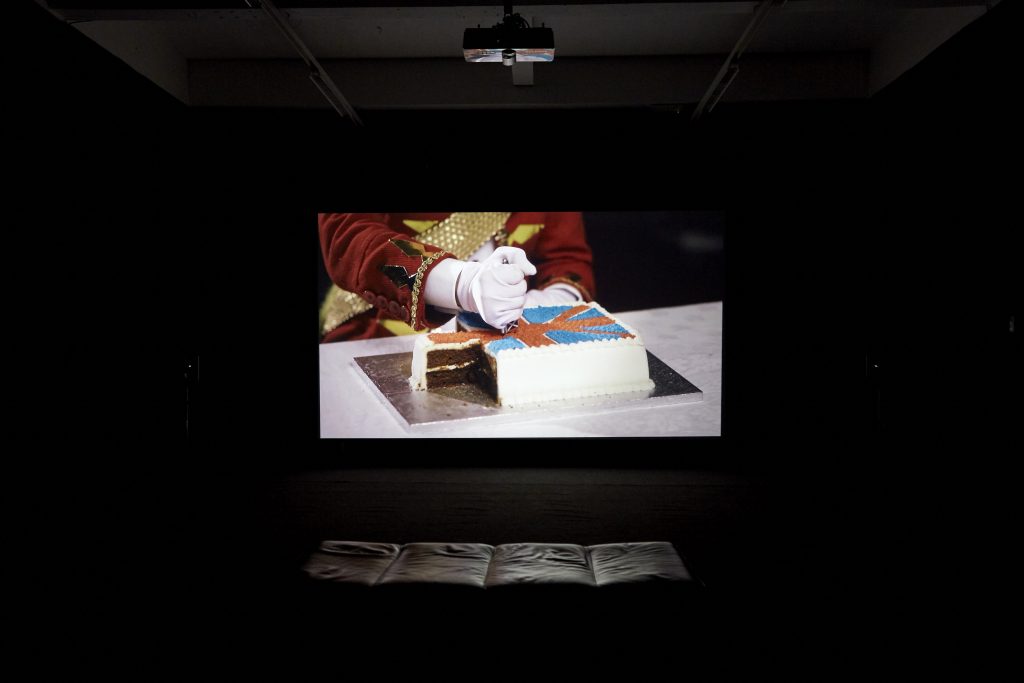 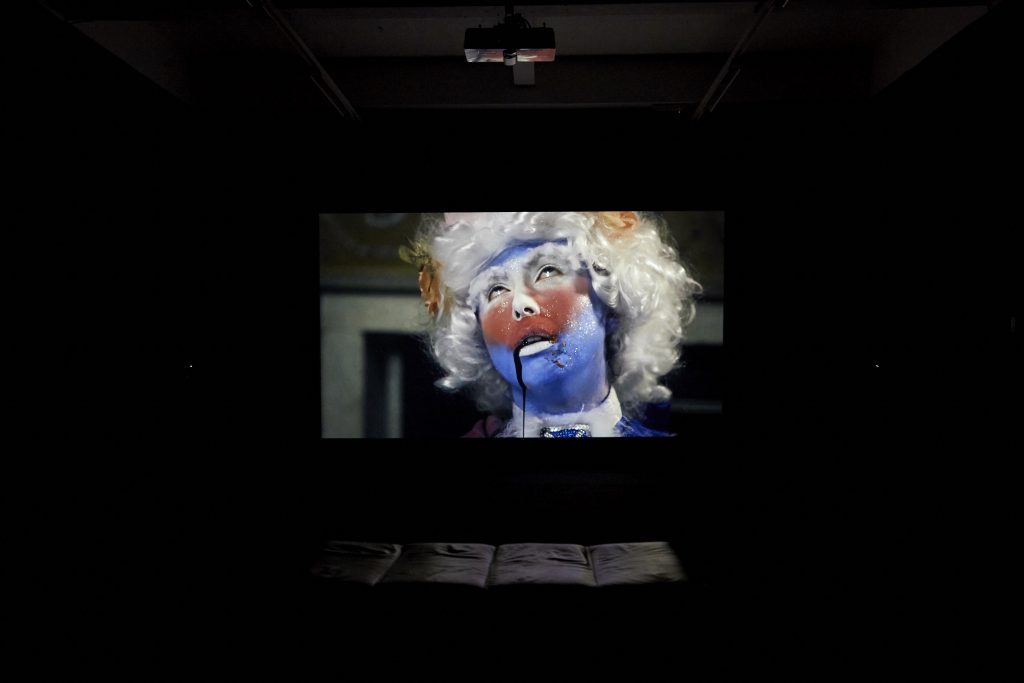 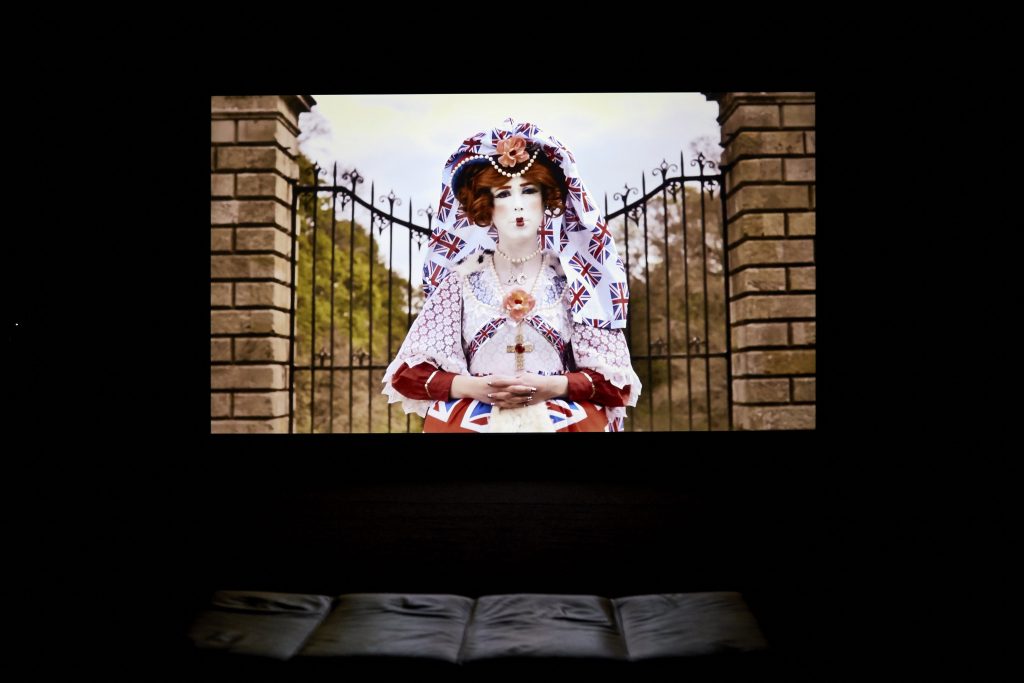 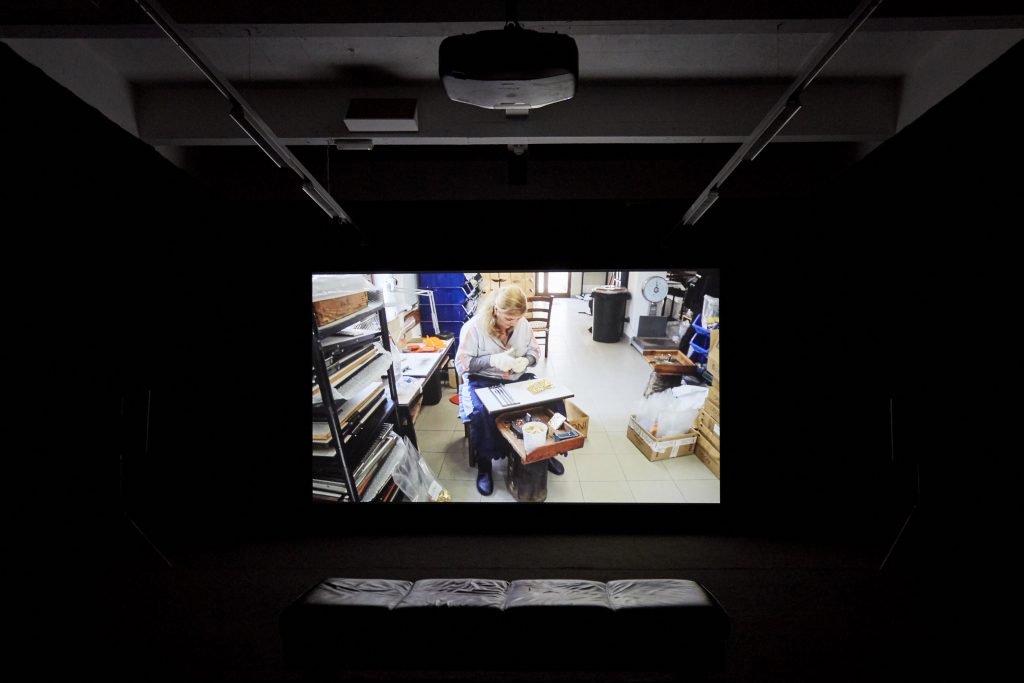 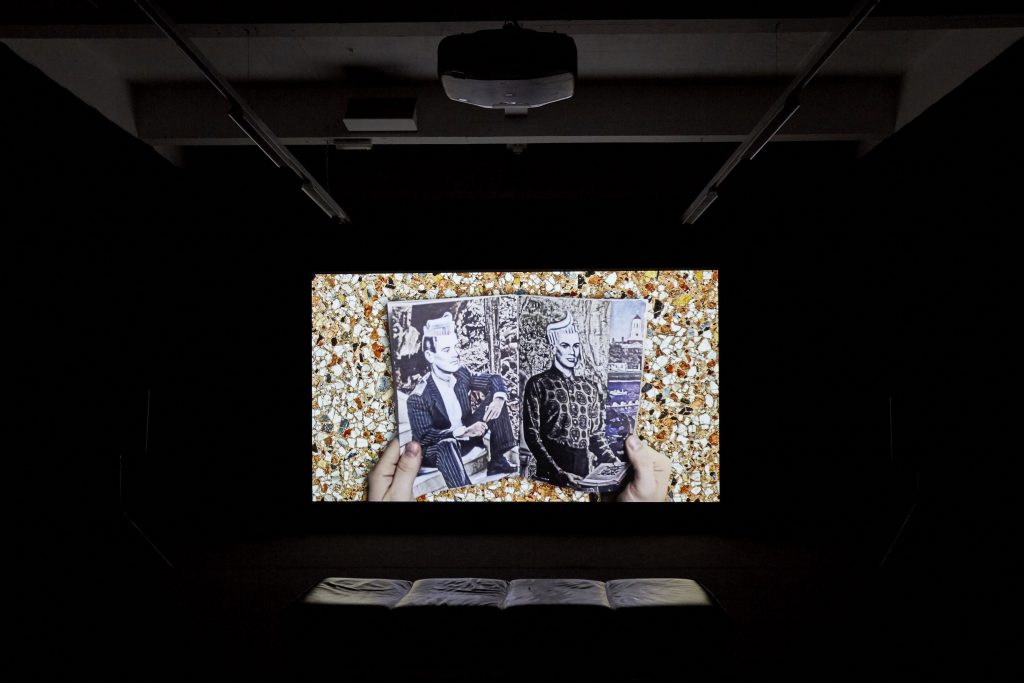 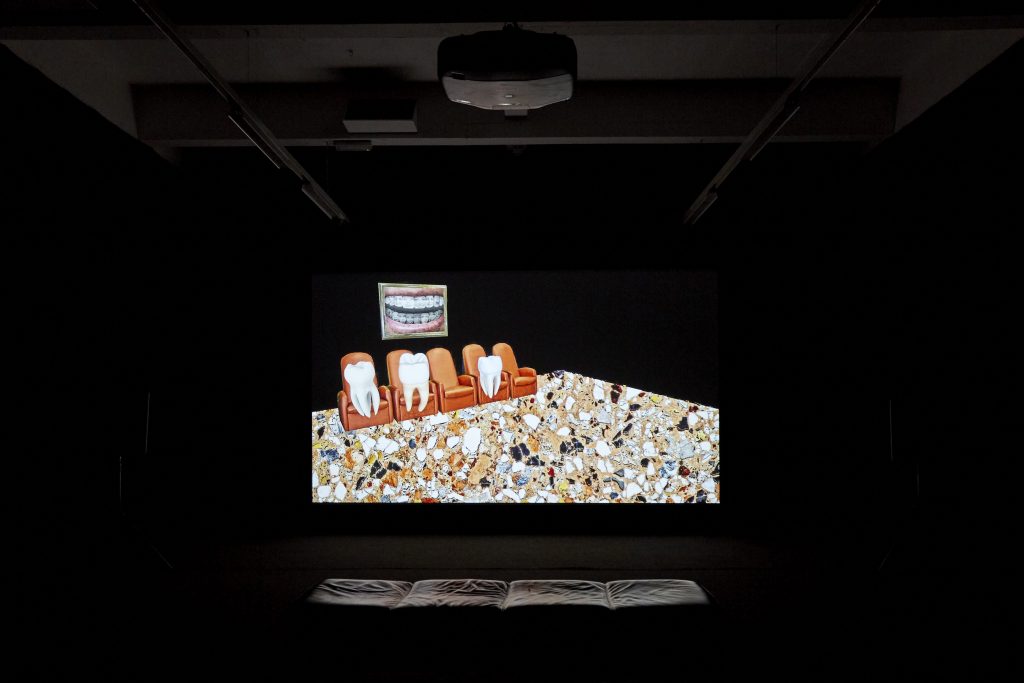 Why not come and have your senses rearranged courtesy of The Lion and The Unicorn by Rachel Maclean and The Starry Messenger by Bedwyr Williams, presented side-by-side in the North of Ireland for the first time! Inside the Story is a welcome alternative to the big binary ideas that have dominated the political landscape for the past two years.  Anything could happen when Rachel meets Bedwyr in this fabulous collision of glitter, make-believe and dark wit.

The Golden Thread Gallery is delighted to launch its Video Encounters exhibition series with these two remarkable artists and their works of wonder.  The Video Encounters series of exhibitions will create opportunities to engage with and delve into works of international acclaim and to encourage the imagining of conservations between each other.

Video Encounters: Inside the Story explores the re-imagining of identity and social structures, through divergent approaches to context and narrative. Both works feature the artist in the lead role/s and in front of the camera.

The Golden Thread Gallery would like to acknowledge the generous support of the British Council Collection, who loaned both works in the exhibition.

About the artists and their featured works:

The Lion and The Unicorn
Rachel Maclean

“With their abrupt shifts in tone and setting, featuring characters who swap roles and voices at will, Maclean’s films produce an effect similar to that of ‘channel hopping’ through a bizarre spectrum of alternately dream-like and nightmarish, seductive and repulsive TV shows.”
Patrick Langley, Frieze, 13/02/2016

The Lion and The Unicorn is a short film inspired by the heraldic symbols found on the Royal Coat of Arms of The United Kingdom. The piece uses representations of both alliance and opposition to explore national identity within the context of the 2014 referendum on Scottish independence. The video features three recurrent characters: the lion; the unicorn; and the queen. These figures seem to emerge from disparate genres, including shadowy historical reconstruction, playful nursery rhyme and pragmatic TV interviews. Inhabiting the rich historical setting of Traquair House in the Scottish Borders, they are seen drinking North-sea oil from Jacobite crystal, dividing up the pieces of a Union Jack cake and inciting conflict over the mispronunciation of Robert Burns.

Rachel Maclean (born Edinburgh; 1987) studied at Edinburgh College of Art, University of Edinburgh and is representing Scotland at the 57th Venice Biennale with Spite Your Face this year. Using digital technology, Maclean constructs fantasy narratives set in computer-generated landscapes that play on thorny issues of identity, society and politics. Maclean plays each of the characters in her films, prints and photographs, wearing outlandish self-made costumes and thick make-up. She often superimposes figures onto colourful backdrops using the green screen techniques of Hollywood filmmaking and draws on existing sources found on the Internet or television.

“Bedwyr Williams is a natural comedian, a one-off in a solemn art world that is too busy for humour” Laura Cummings, The Guardian, 20/05/2012

Williams’ fast-paced, visually relentless, narrative films, are based on social observation and re-imagination as well as his own positioning within both worlds. In The Starry Messenger, made for his solo presentation representing Wales at the 2013 Venice Biennale, Williams ponders the connection between the microcosmos in a terrazzo floor and the infinite space around us.  Williams wants his installation to be a corrective to the contemporary derision for hobbyists – be they trainspotters, Airfix junkies or astronomers. “We’re in a dark age, and humour and entertainment are the problem,” he says. “We make fun of the wrong people.” He cites an early 1990s Punt and Dennis sketch about a character called Milky Milky. “They were making fun of people with mental illness. That’s not telling a joke – it’s just pointing. The best comedy reveals something you didn’t know, rather than confirming your assumptions.”