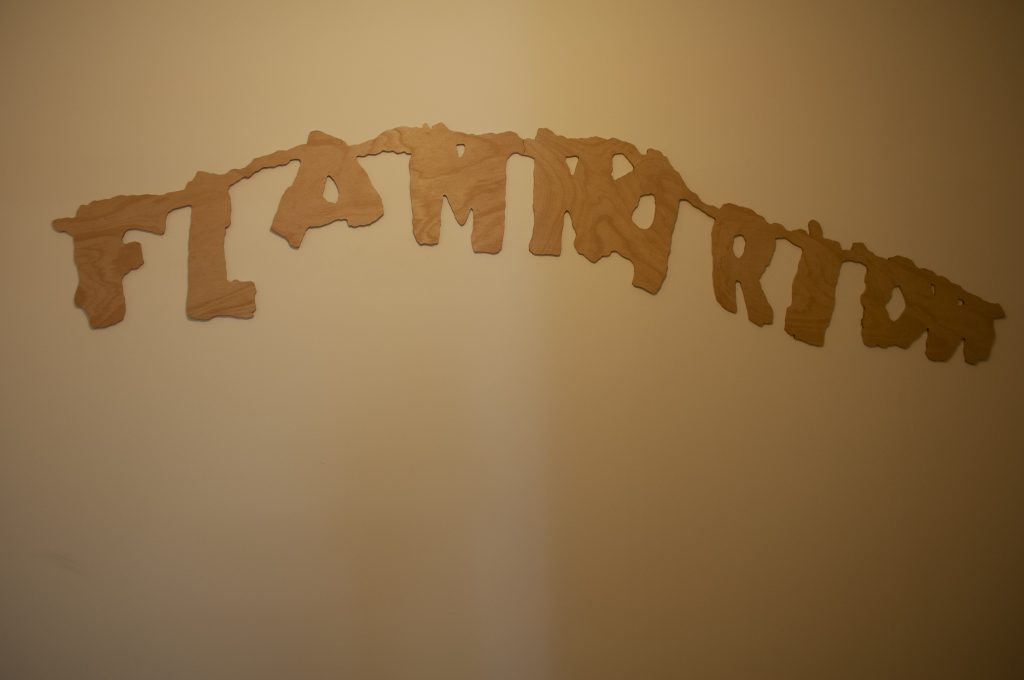 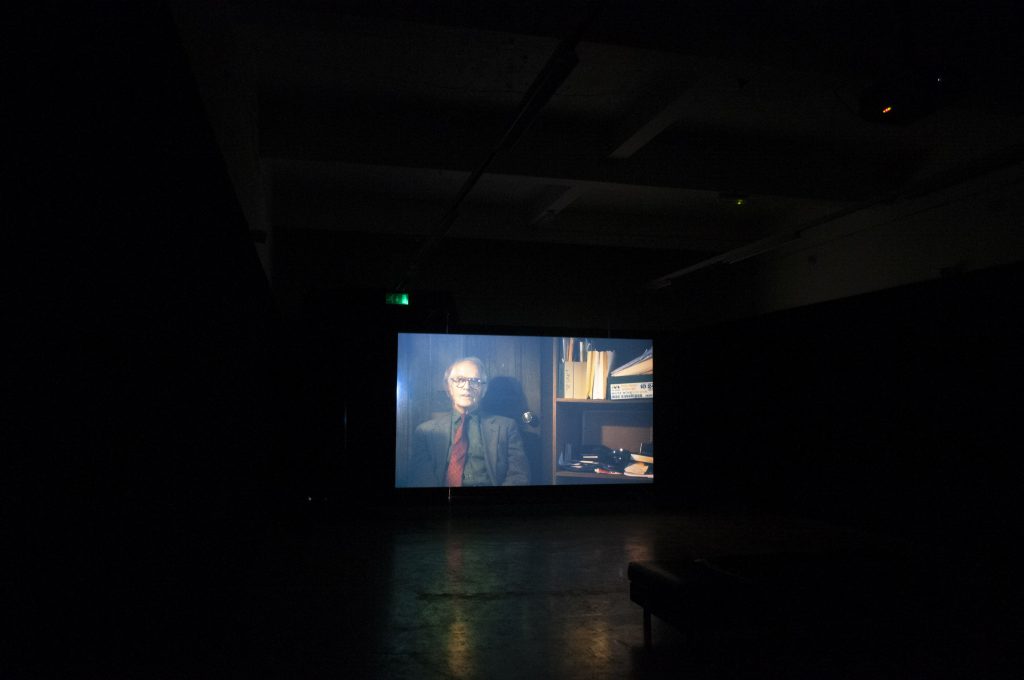 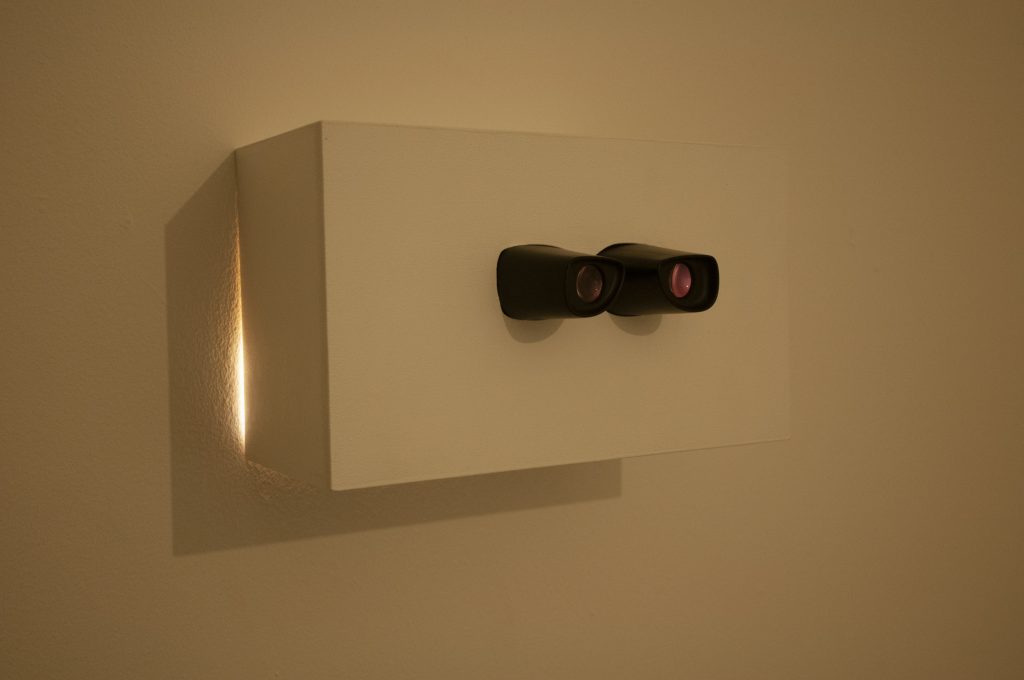 In 1931 a ‘teleplasm’ spelling out the name Glammarion appeared on the wall of a cabinet at a séance in Winnipeg. Camille Flammarion, 1842-1925, was a French astronomer and a physical researcher and his name appeared at Thomas Glendenning Hamilton’s sitting on June 10th, 1931. F-L-A-M-M-A-R-I-O-N features a reconstruction of TG Hamilton’s séance cabinet, the Belfast poet Ciaran Carson, Atlanta-based Danish-American poltergeist investigator Dr William G Roll and Arla Marshall, Canadian granddaughter of Hamilton’s Scottish sitter Susan Marshall. Recorded in three cities across the globe Carson, Roll and Marshall come together in F-L-A-M-M-A-R-I-O-N and respond to the image of the tele plasm.

Susan MacWilliam is a video and installation artists who has spent over ten years exploring the world of the paranormal. Supported by the Arts Council of Northern Ireland and British Council, Susan MacWilliam represented the Northern Ireland at the 53rd Venice Biennale with a solo exhibition curated by Karen Downey. The exhibition REMOTE VIEWING featured Meltzer Gallery, New York; National College of Art and Design Gallery, Dublin and Presentation House Gallery, Vancouver and will be exhibited in the 8th Internationale Foto-Triennale, Esslingen and as a solo show at aceart inc, Winnipeg, both 2010. F-L-A-M-M-A-R-I-O-N has been awarded the 2010 Manitoba Day Award for excellence in archival research. MacWilliam has exhibited in Ireland and internationally over 15 years and is a lecturer in Fine Art at the National College of Art and Design, Dublin. Her video works are housed in the Drama and Literature Section of the British Library’s Sound Archive. Through archive research, participation in experiments and interviews with leading parapychologists, MacWilliam has developed an expansive body of video works that mediate between the worlds of art and phychical research.

Remote viewing, a book about MacWilliam’s work and published alongside her Venice exhibition is designed by Pony UK and published by Black Dog Publishing.  Remote Viewing is edited by Karen Downey and features essays and texts by Ciaran Carson, Brian Dillon, Martha Langford, Slavka Sverakova and Marina Warner.