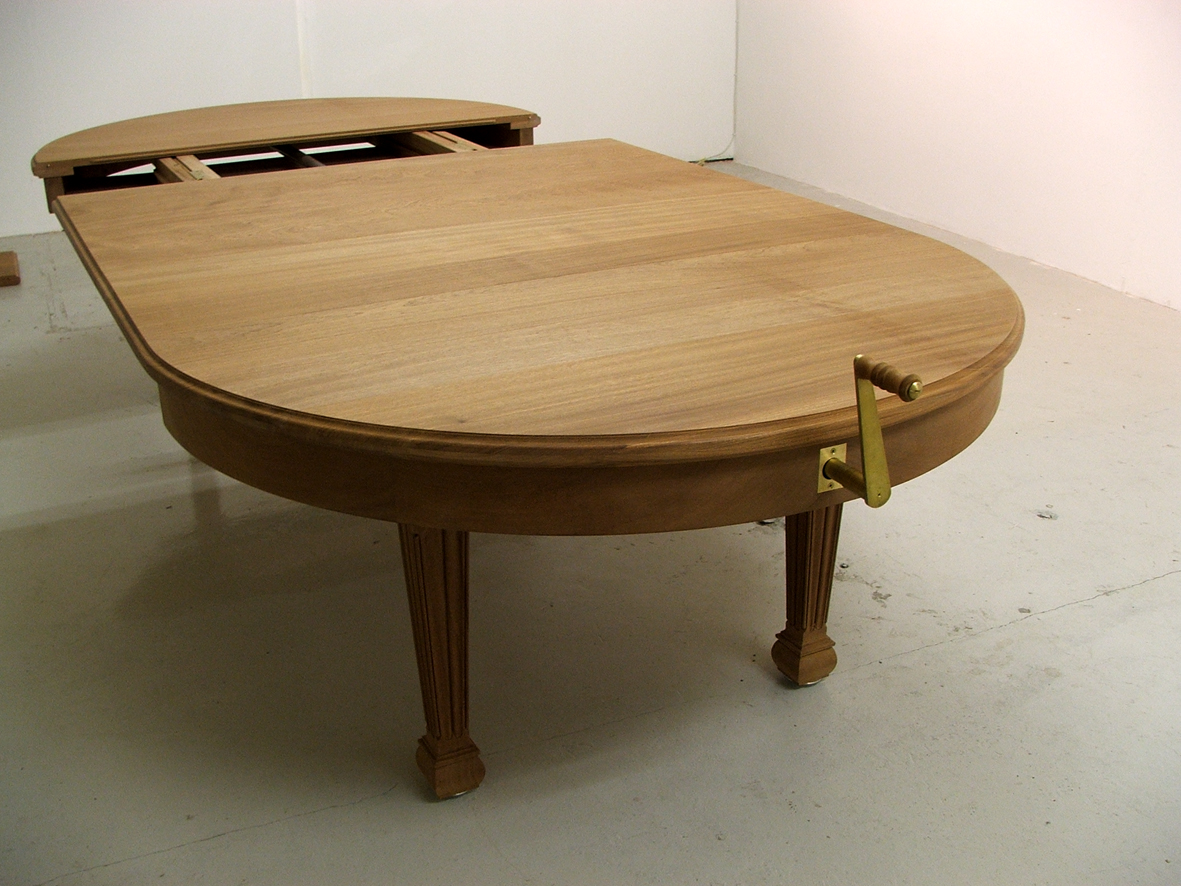 The Soft Estate
An exhibition of works by: Philip Napier and Michael Hogg. 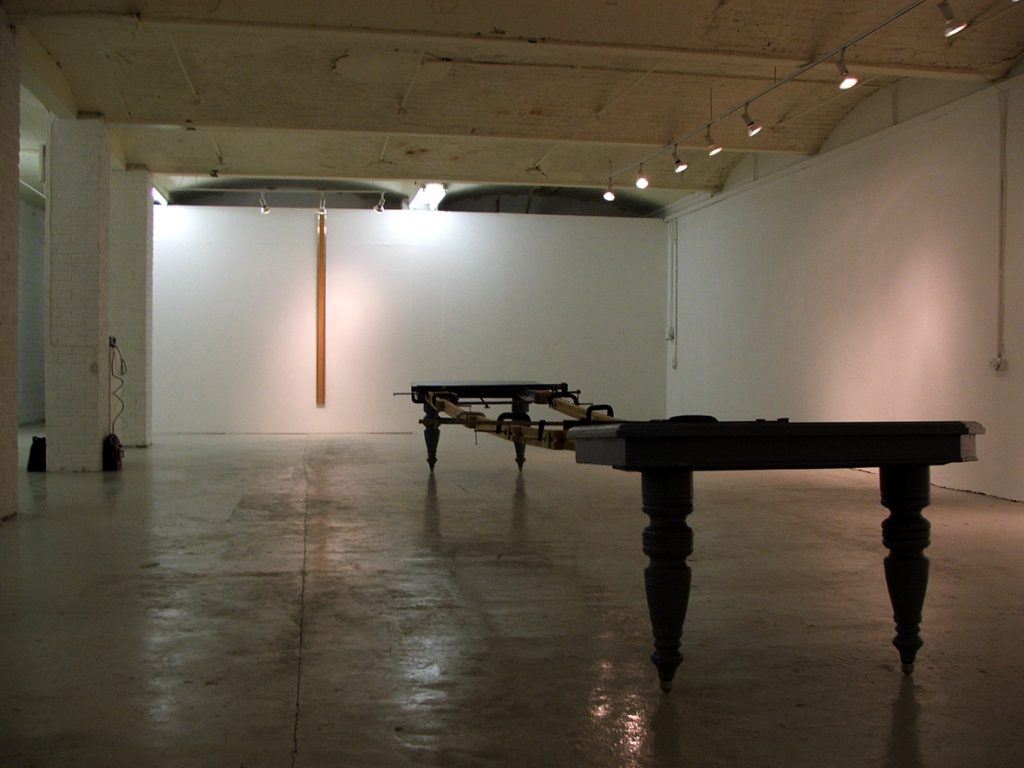 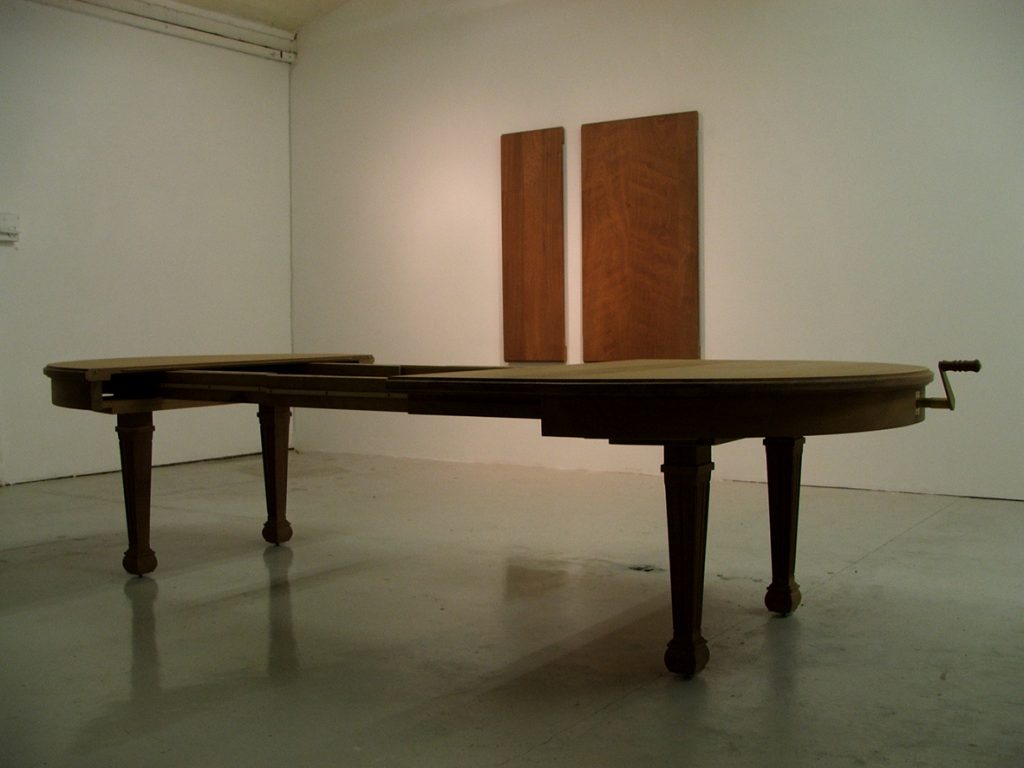 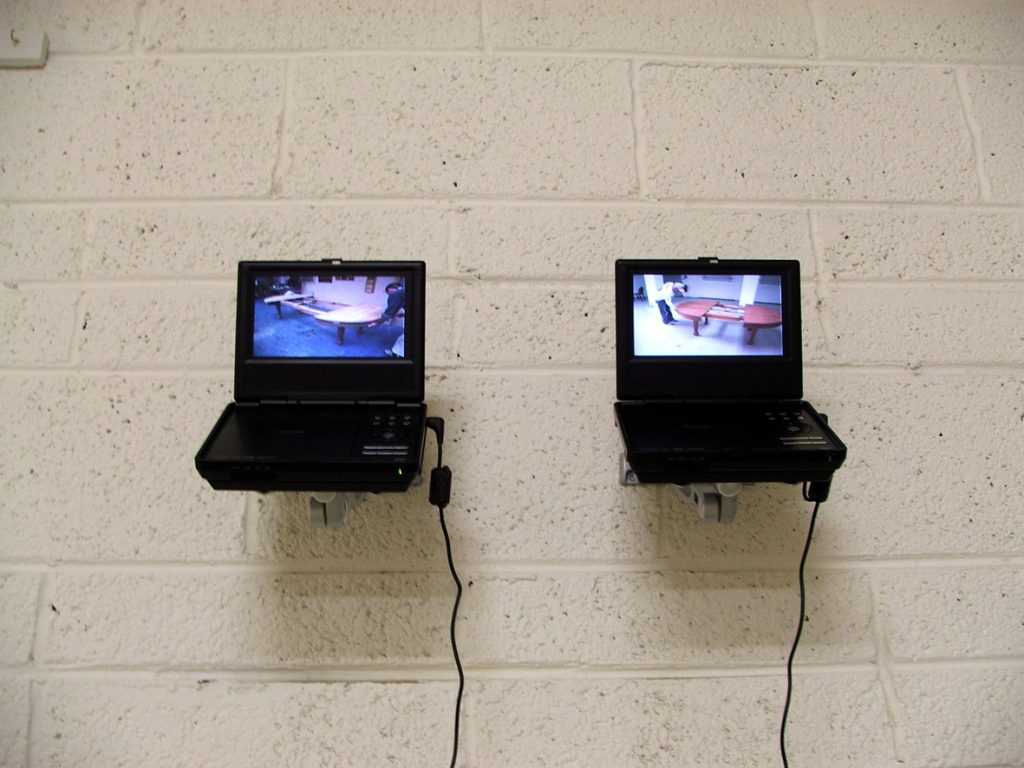 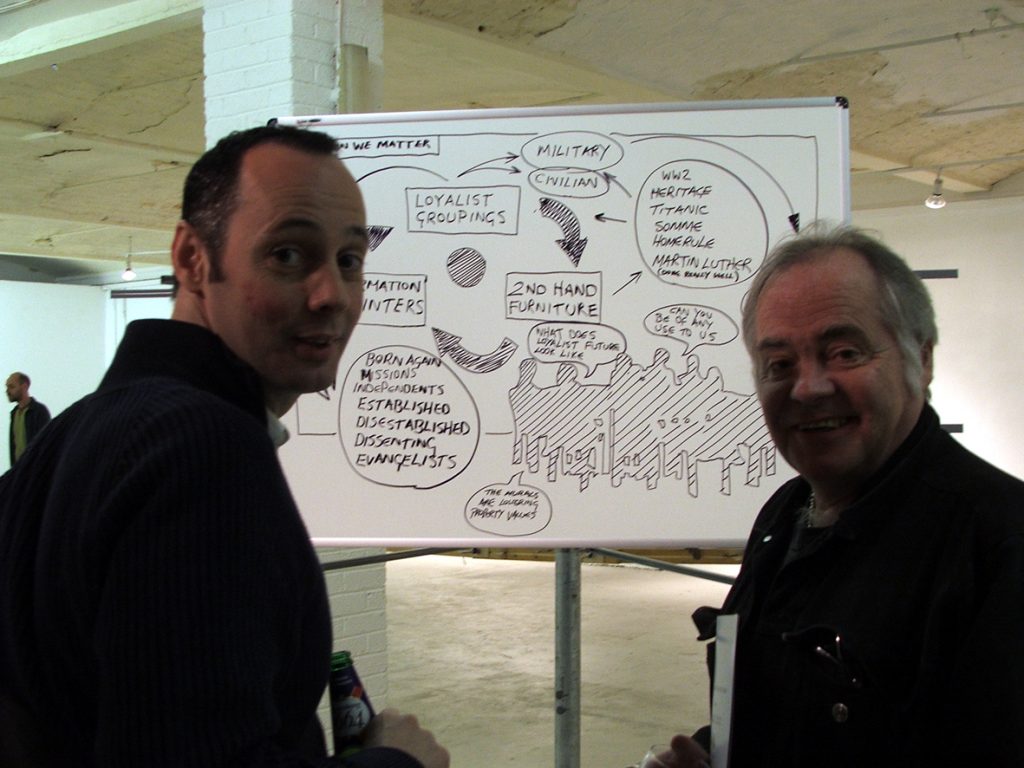 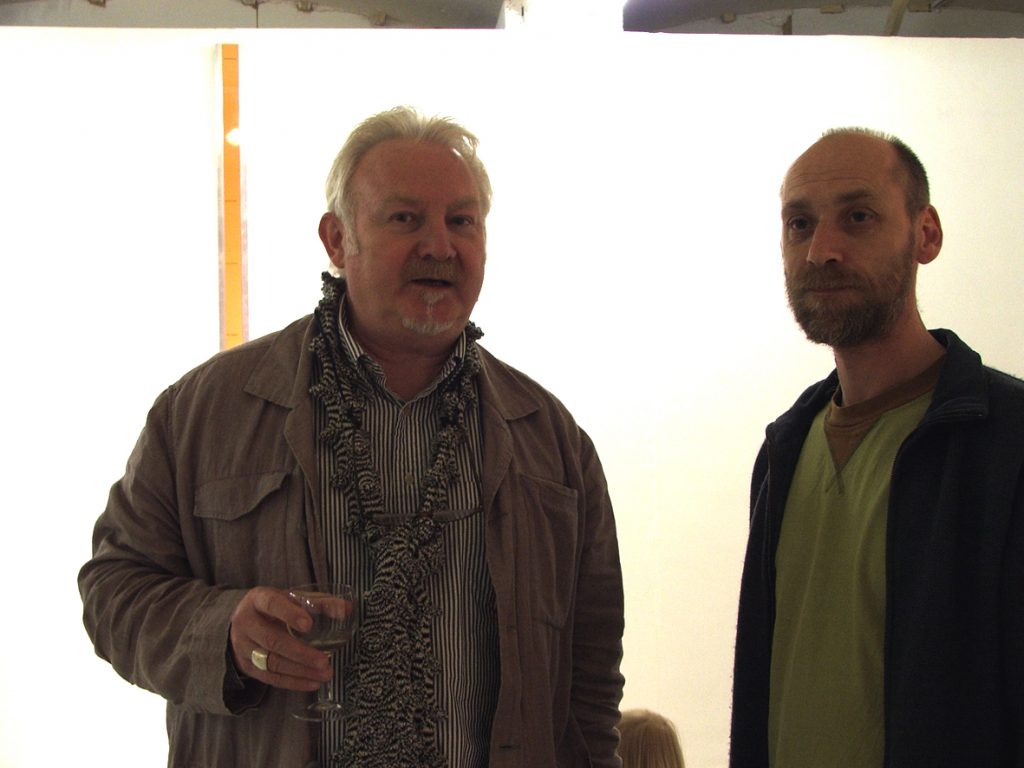 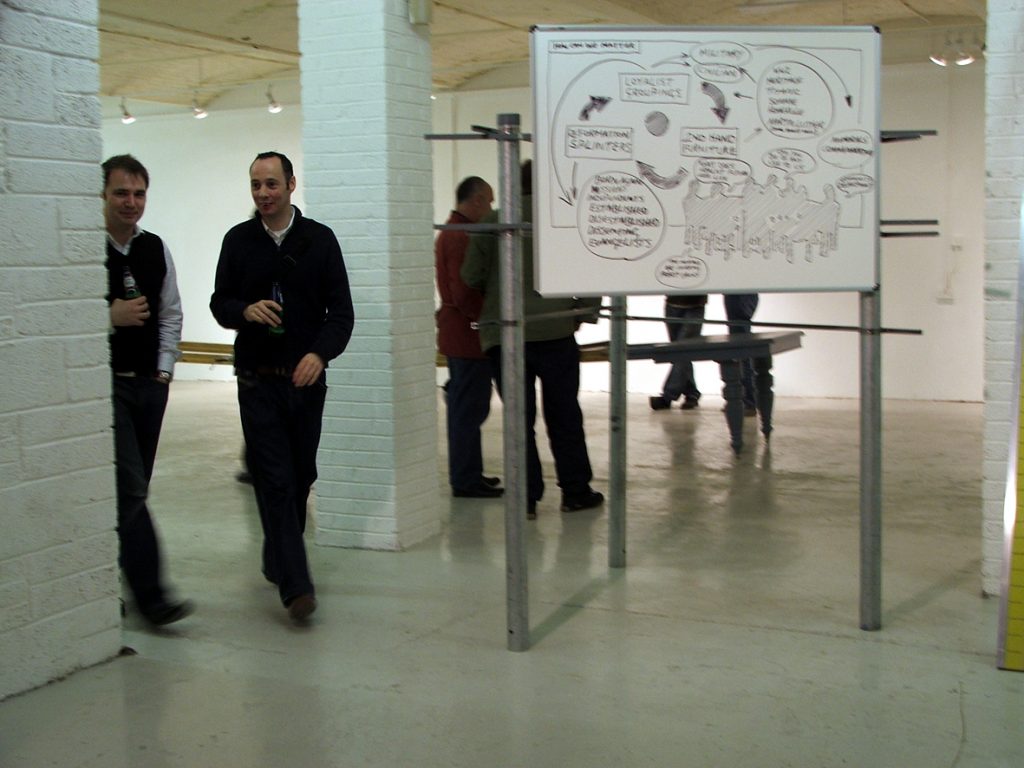 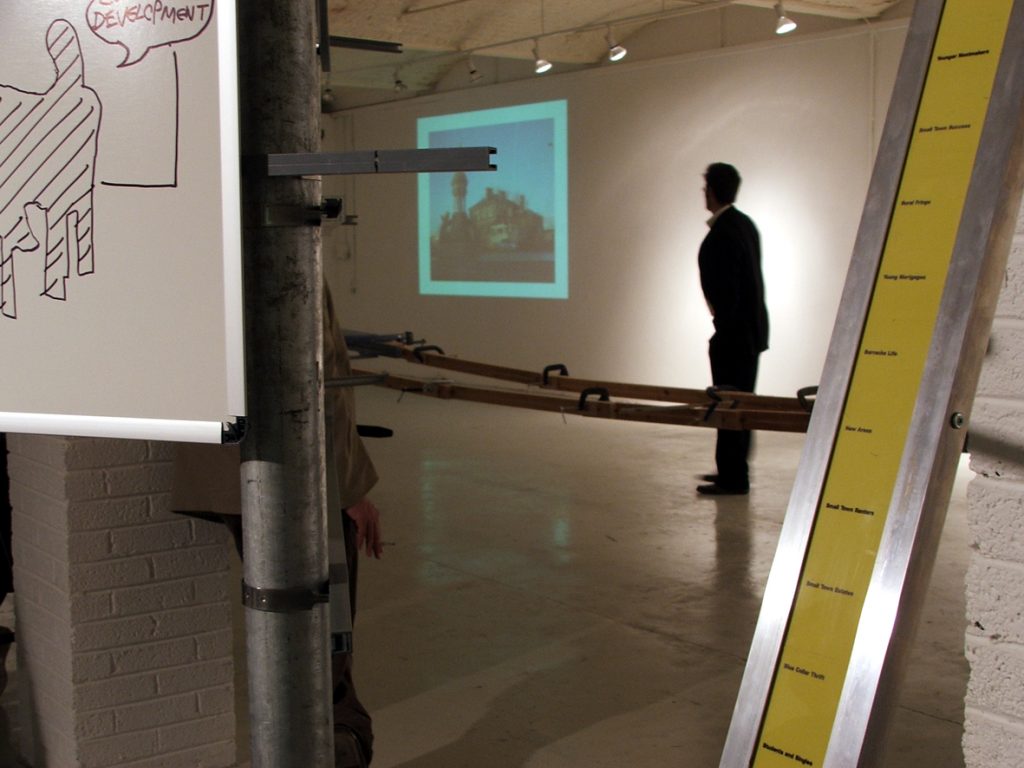 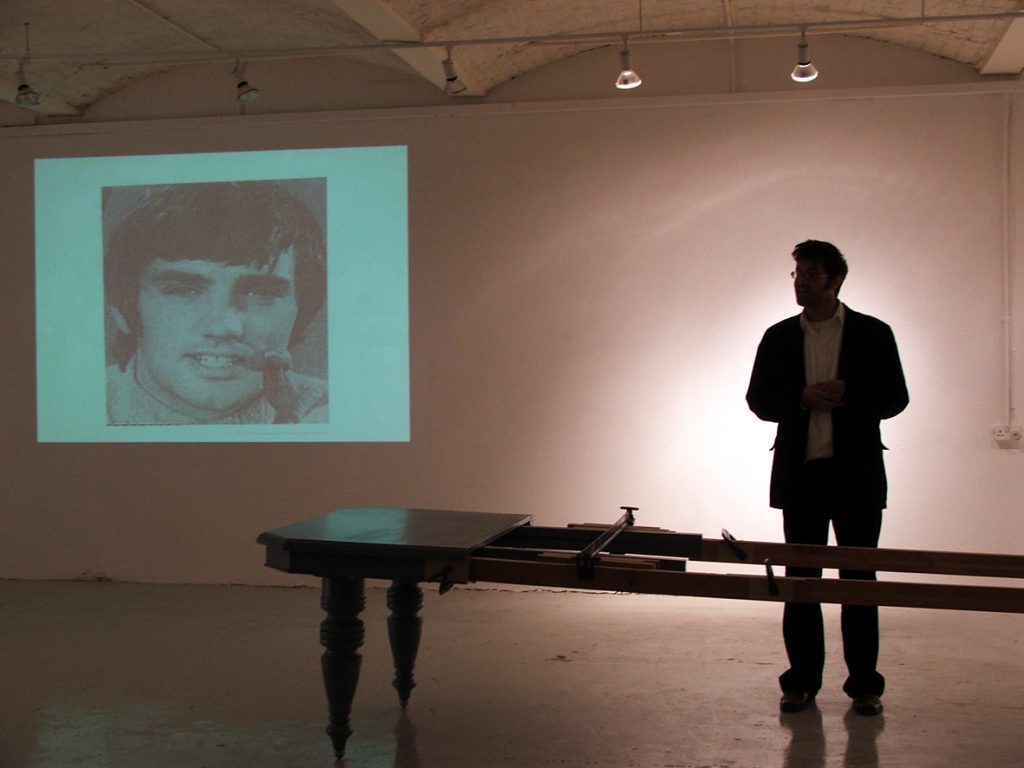 Philip Napier and Michael Hogg have evolved collaborative art projects in the public domain since 2001.  The Golden Thread Gallery is pleased to present this, their first collaborative work in a gallery context. The Soft Estate exhibition will launch a three year series of new works developing aspects of negotiated and participatory practice in the public realm.

This new work is evolved as a set of tools to aid dialogue with various stakeholders.  The talks will centre around how we might identify and model forms of language which might usefully occupy that literal gap or deficit which the table describes.

The table, in one of its identities, is conceived as an architecture of negotiation.  The languages of political blueprints, of confidence building, and of post conflict reconstruction all allude to a ‘civil engineering’ of future formal spaces.  The actual negotiations, yet to take place, may act as a means of understanding how we inhabit these abstracted utopian spaces.

Within the genre of relational aesthetics there is also an impression of a kind of utopian visualization of problem solving and this work both acknowledges and contradicts that condition.

A hardback, illustrated catalogue, featuring an essay by Declan Long will accompany the exhibition, priced at £10.00.