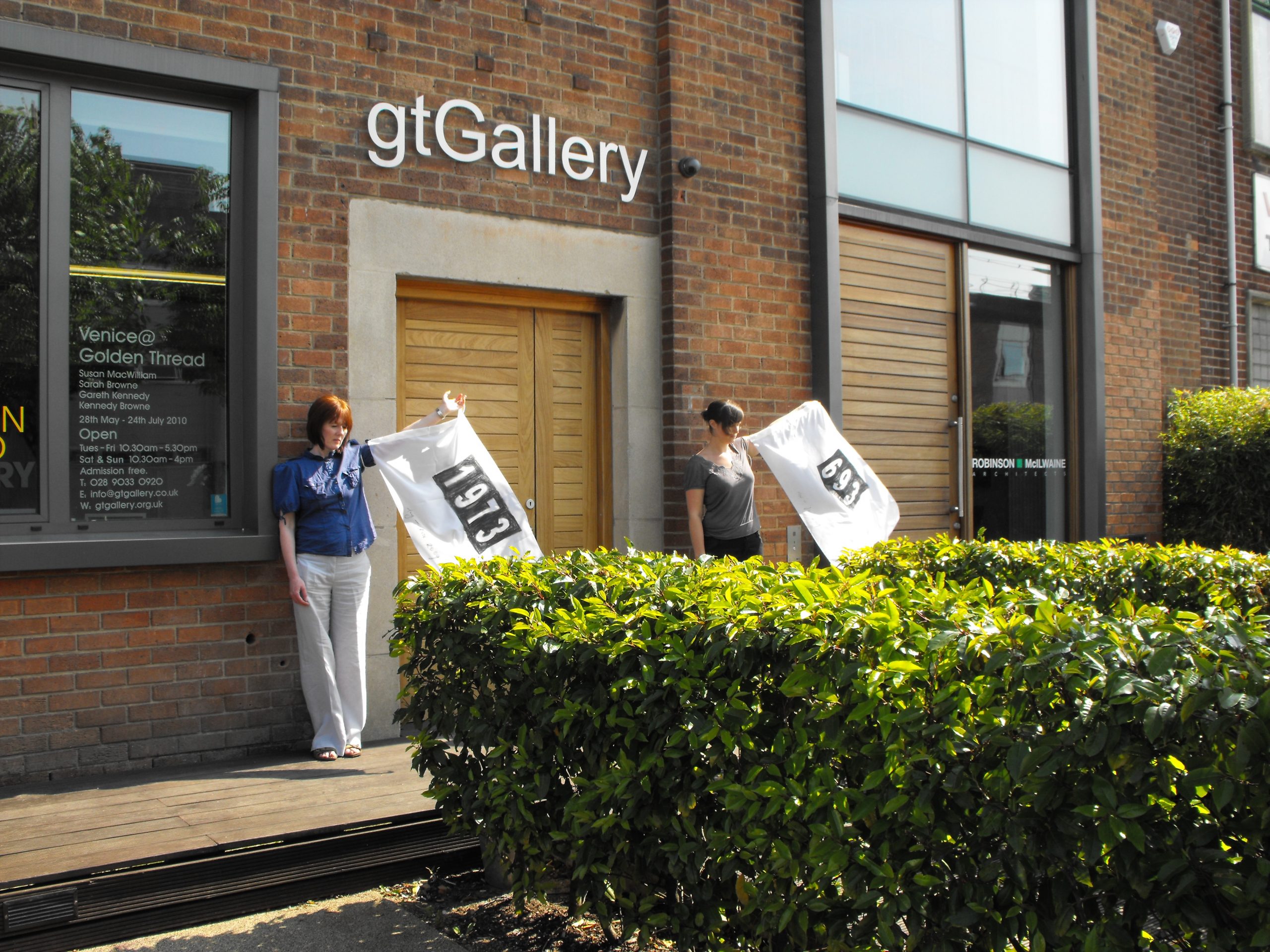 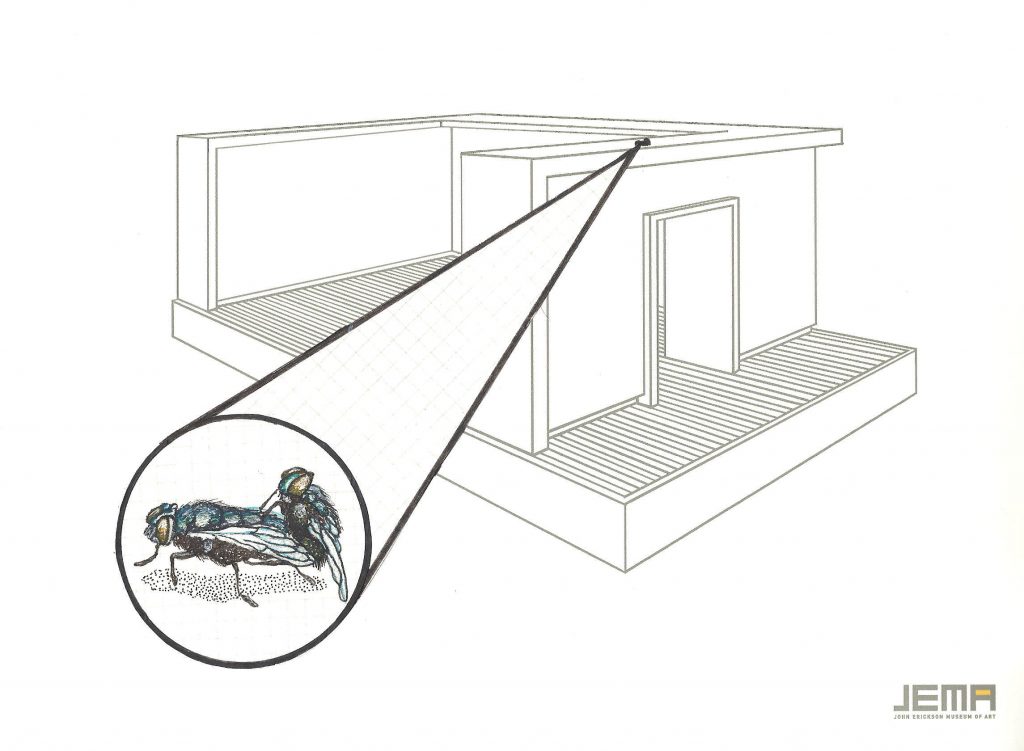 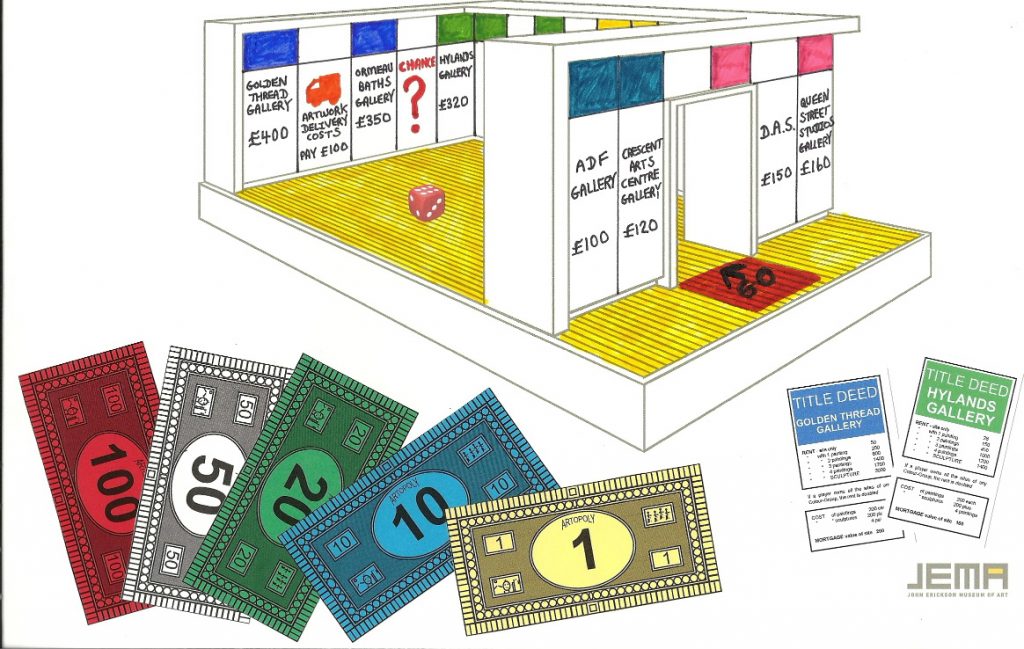 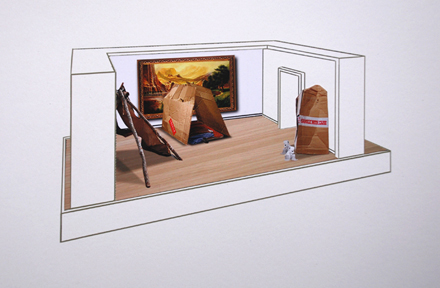 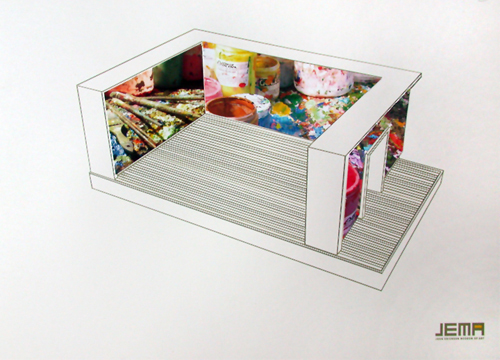 Small Wonder is a collaboration between JEMA (The John Erickson Museum of Art) and the Golden Thread Gallery and explores the space between the realm of the imaginary and the miniature. The exhibition combines work produced for JEMA’s Next Chapter, paper works based on the miniature Museum’s plans that will eventually combine to form a book, and two new works by Fiona Larkin, developed directly from her JEMA Next Chapter project. Curated by Brendan Jamison, Sarah McAvera and Eleanor Phillips, the exhibition presents an alternative viewing of JEMA’s paper works alongside Fiona Larkin’s sound work The Listeners (Museum Whisperers) and performance The Woman Flag. A New work by Fluxus artist Ben Patterson Bollywood Love: Object of Desire will also be on display in the JEMA gallery.

The JEMA Next Chapter spaces re-envision a page as a site for a museum project space. Artists were invited to produce work for the space provided, free of a specific theme. The notion that ‘hypothetical thinking is still a form of reality’ was a guiding force in the operation and conception of this project. The project includes 28 artists, of which 16 are Belfast-based and another set of the works produced will be on show at the Raccolte Frugone museum in Genoa, Italy. JEMA Director Sean Miller will be in Belfast on Tuesday 8th and Wednesday 9th June to present performances and collage projects with JEMA’s gaint rubber stamp and the JEMA walking stick galleries that will be toured throughout the streets of Belfast. The walking tour will depart from the gallery at 12pm on Tuesday 8th June.

The Listeners (Museum Whisperers) / The Woman Flag Fiona Larkin For The Listeners (Museum Whisperers) Larkin has recorded the internal musings of the gallery audience. They don’t tell you what to think but offer you an insight into the musings of others as they peruse the museums cultural offerings. These audio guides turn the voice of knowledge and authority on its head. This voice is internal, honest, not always comprehensive. The gaps leave a space for us to explore our own thoughts and musings in response to what we see. The Woman Flag subverts our pre-conceived notions of a flag as a bannar for advertising, identity, a way or raising awareness of the museum. As an emblem it bears little relationship to museum audience and stands towering above. For the purpose of the exhibition it will be brought down to earth and made human, animated beyond its usual function.