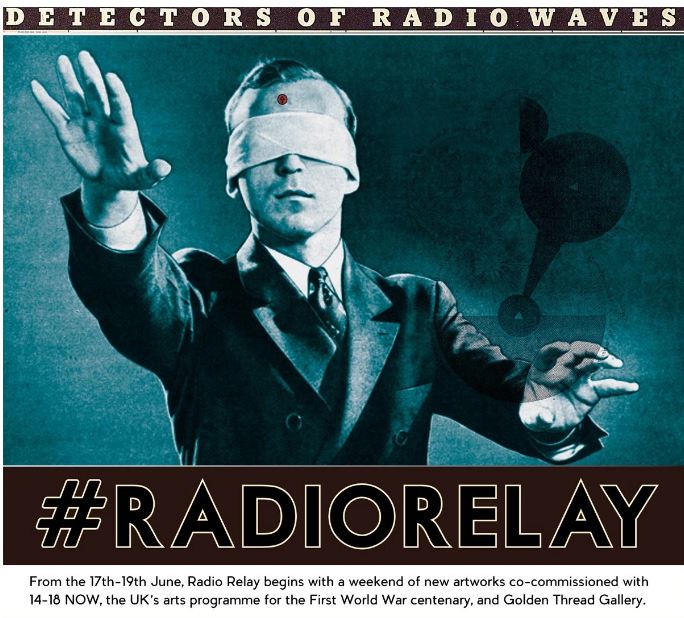 Marconi transmitted some of his first radio signals between Rathlin Island and Ballycastle in Northern Ireland in 1898. During the Easter Rising in 1916, Irish rebels seized a wireless telegraphy station to make the world’s first pirate radio broadcast, announcing Ireland’s independence to the world. Months later, the new radio technology was an essential tool for commanders at the Battle of the Somme. Radio Relay explored these historic moments in the development of radio, reigniting the magic of the early years of telecommunications.

Artists including Graham Fagen, Paddy Bloomer, Gareth Moore, Sara Morrison, Mhairi Sutherland and Philip Hession created works for a nationwide programme with participation at its core.  As part of a unique midsummer weekend at Belfast’s ancient Giant’s Ring, audiences were able to build their own lo-fi radio transmitters, and make silver kites to recreate early experiments in radio antennae.

The invention of radio made it possible to share news across boundaries, to learn of far-flung places and to hear the voices of distant people. Radio brings us together, allowing us to receive dispatches from the past and send messages to the future. Radio Relay gave that power to the public.

Between 17th and 19th June, Radio Relay will tune into the magic of radio with a schedule of new artworks and projects co-commissioned by 14-18 NOW and Golden Thread Gallery.