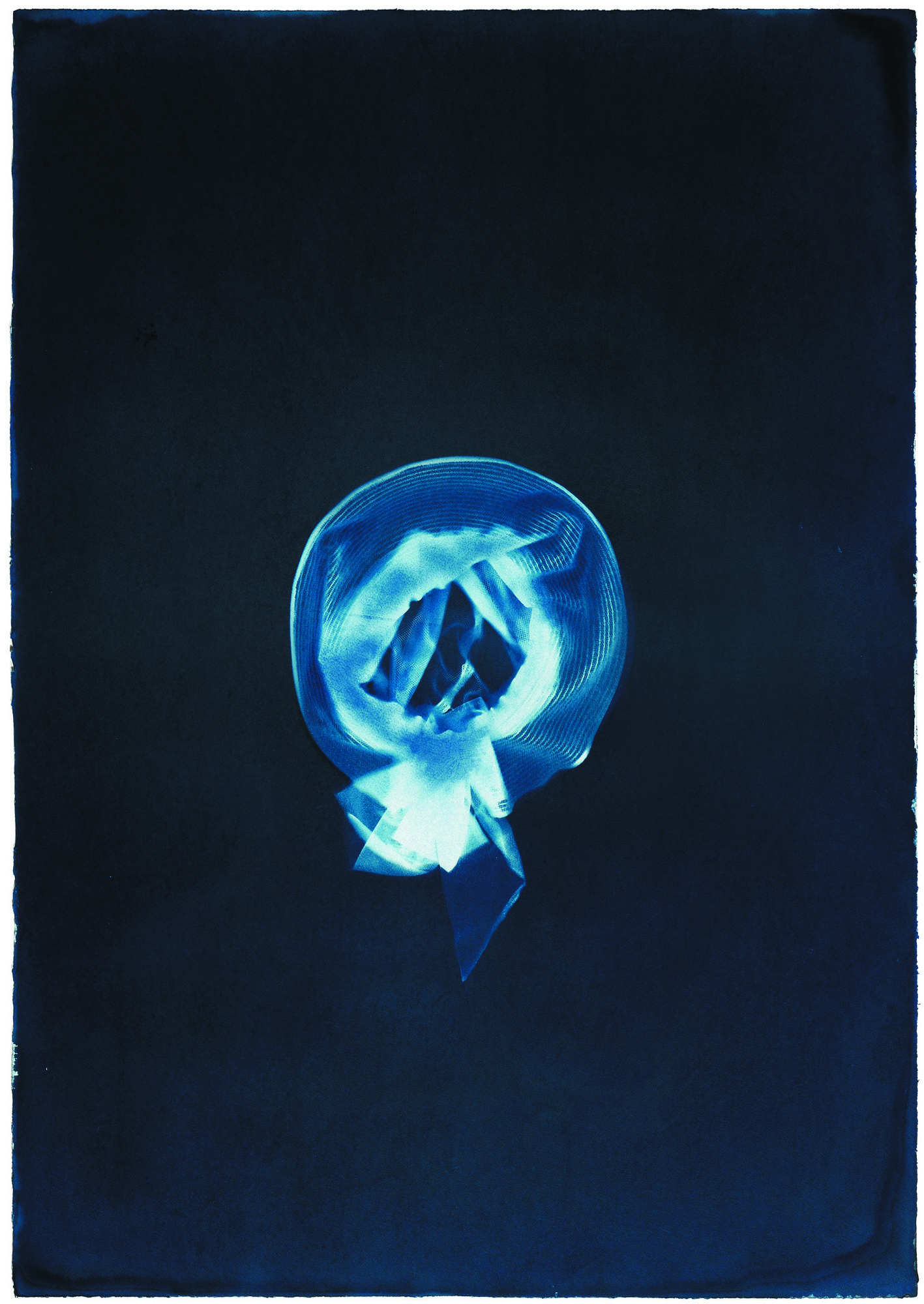 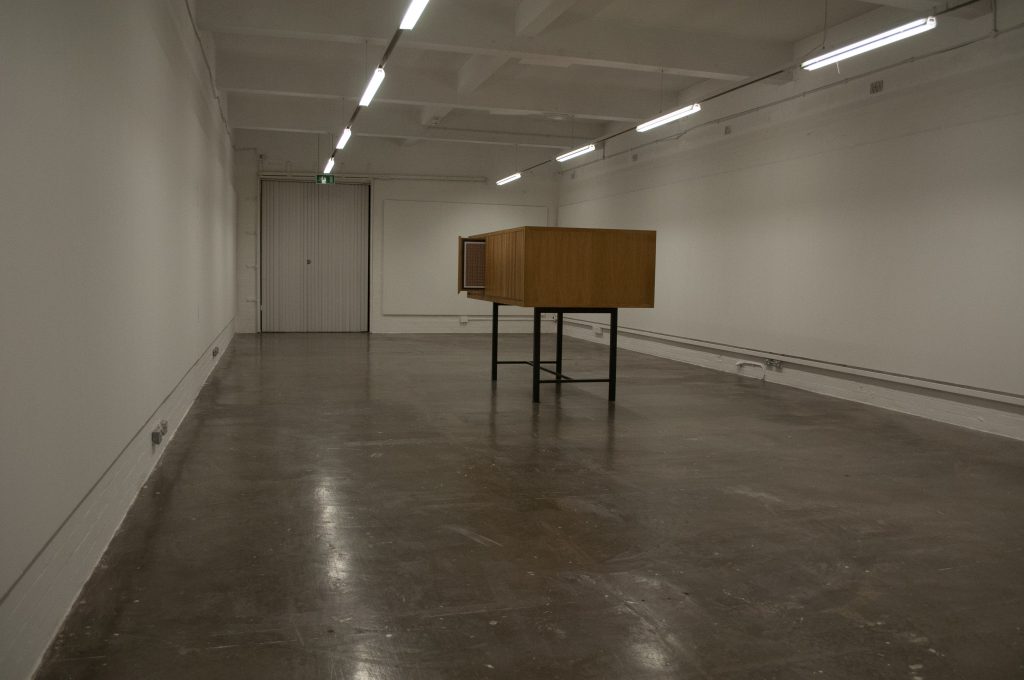 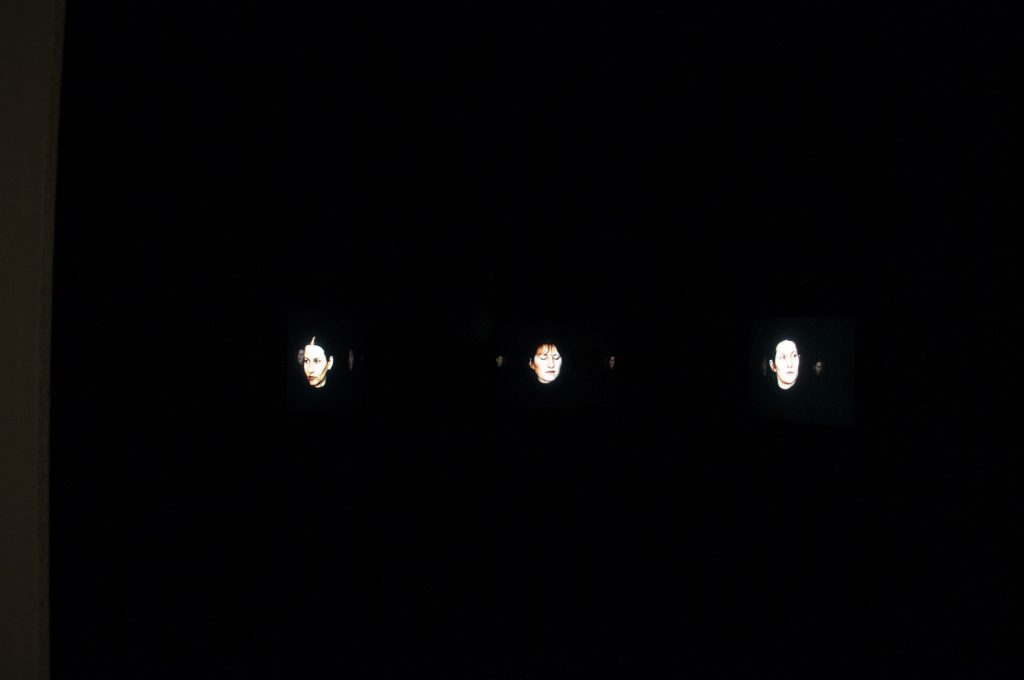 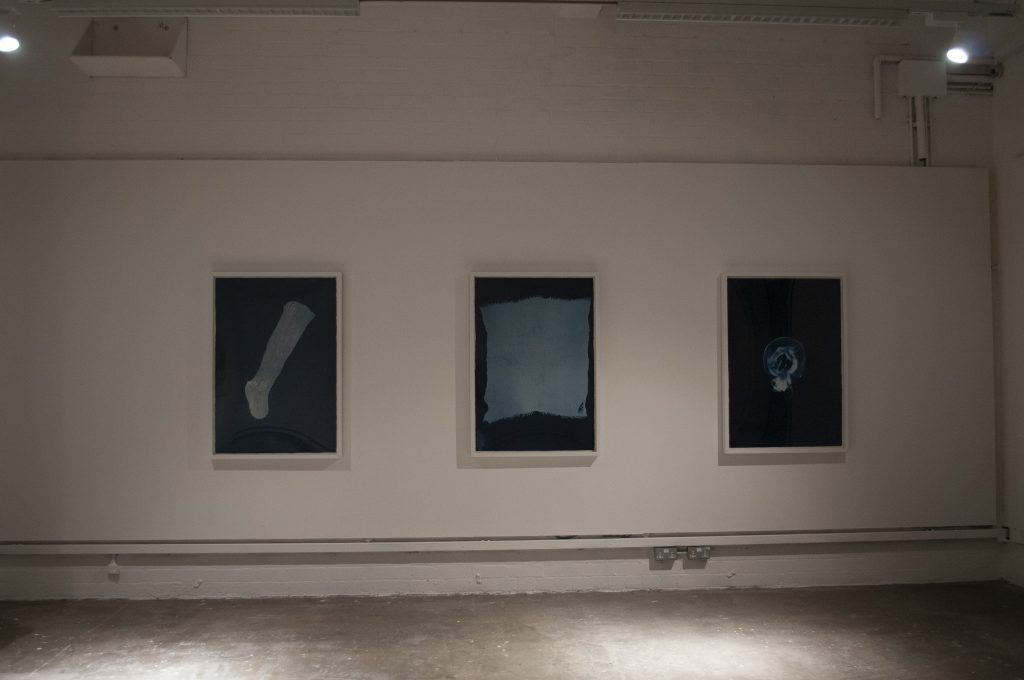 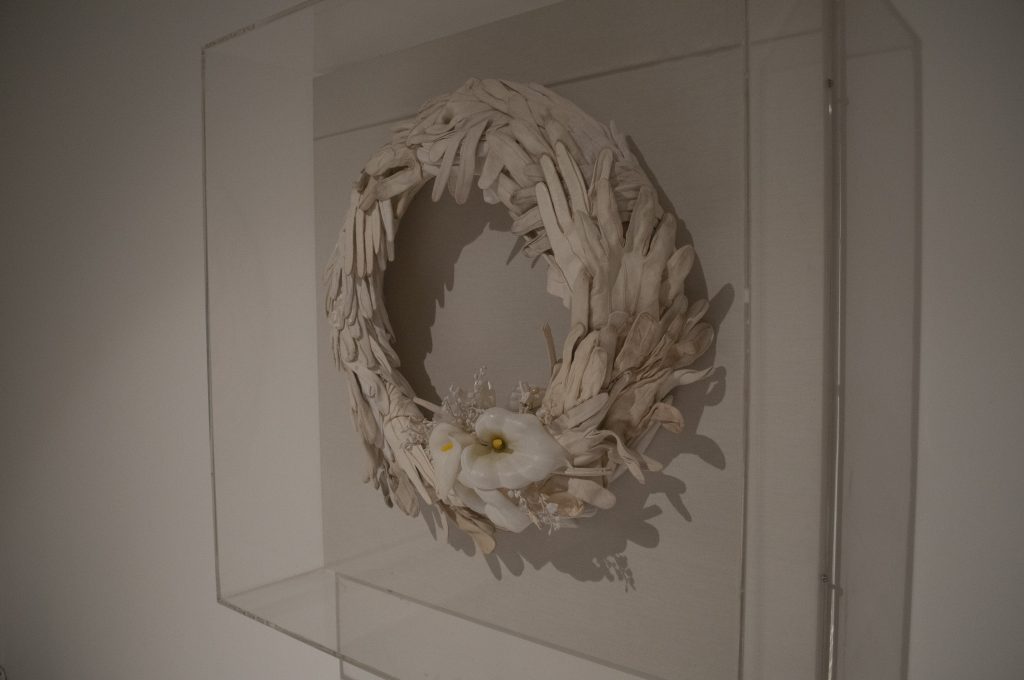 Conflict and loss are so intrinsically linked that the problem of how to remember, how to memorialise, is ever-present. Being based in Belfast, the Golden Thread Gallery has confronted this problem in relation to Northern Irish issues on many occasions, but Loss, curated in collaboration with IWM (Imperial War Museums), looks at loss, conflict and war as simultaneously personal and common to all.

The iconic Queen and Country, Steve McQueen’s tribute to British Service personnel who died as a result of the Iraq War, embodies the concurrent private and public loss inherent in war. While each stamp is a photographic portrait of an individual who lost their life, an enduring personal memorial, they combine to represent a collective, national loss.

Annabel Dover’s cyanotypes present symbolic objects that represent the stories of some of her family members.  Dover states “The personal narratives we impose upon objects often provide a hidden expression for the breakdowns in human relationships and the memories and emotions that they reflect”. The simple objects depicted in the cyanotypes, a scarf, a hat, a sock, belie the hidden drama that they represent: for example the hat, which was worn by Dover’s stepfather’s first wife when she received a missing in action telegram about her husband.

Personal stories that are within a wider context of loss are also explored in Jananne Al-Ani’s A Loving Man, a video installation featuring herself, her mother and her three sisters talking about their absent father/husband. Using the construct of a children’s memory game (My aunty went to market and bought), the work investigates the role of memory in loss and the uneven nature of our recollections.

Pale Armistice, Rozanne Hawksley’s seminal meditation on war is stark in its simplicity – a wreath made from white gloves. Pale in colour, its message brutal: death is a great equalizer. The commonality of death, the permanence of loss, the nature of memory and the futility of needless death are all epitomised by the single white wreath.

As an exhibition, the works explore the nature of loss and addresses that fact that it can divide as much as it can unite. On one hand we are told that it is cathartic to remember and to share our memories, on the other there are those that do not want to. There is a fine line between remembering and celebrating, and old divides and hatreds can be rekindled. It is 2012 and Belfast is unrecognisable from the Belfast it once was, but that does not mean that the losses suffered on all sides have been forgotten. In a time of burgeoning tourism, the solution to how we can acknowledge our past, keep the lessons learned by it, yet not be overshadowed by it, is still a work in progress.