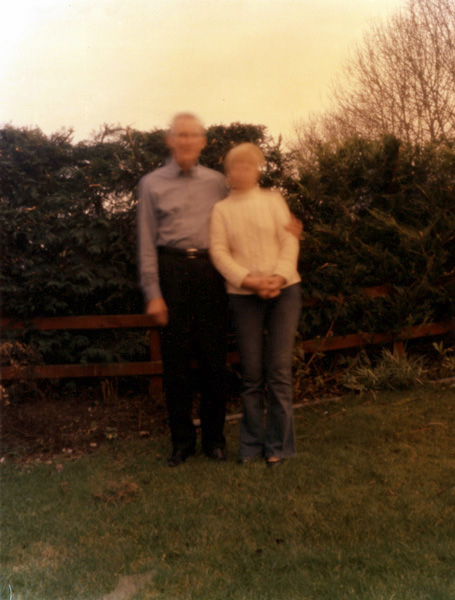 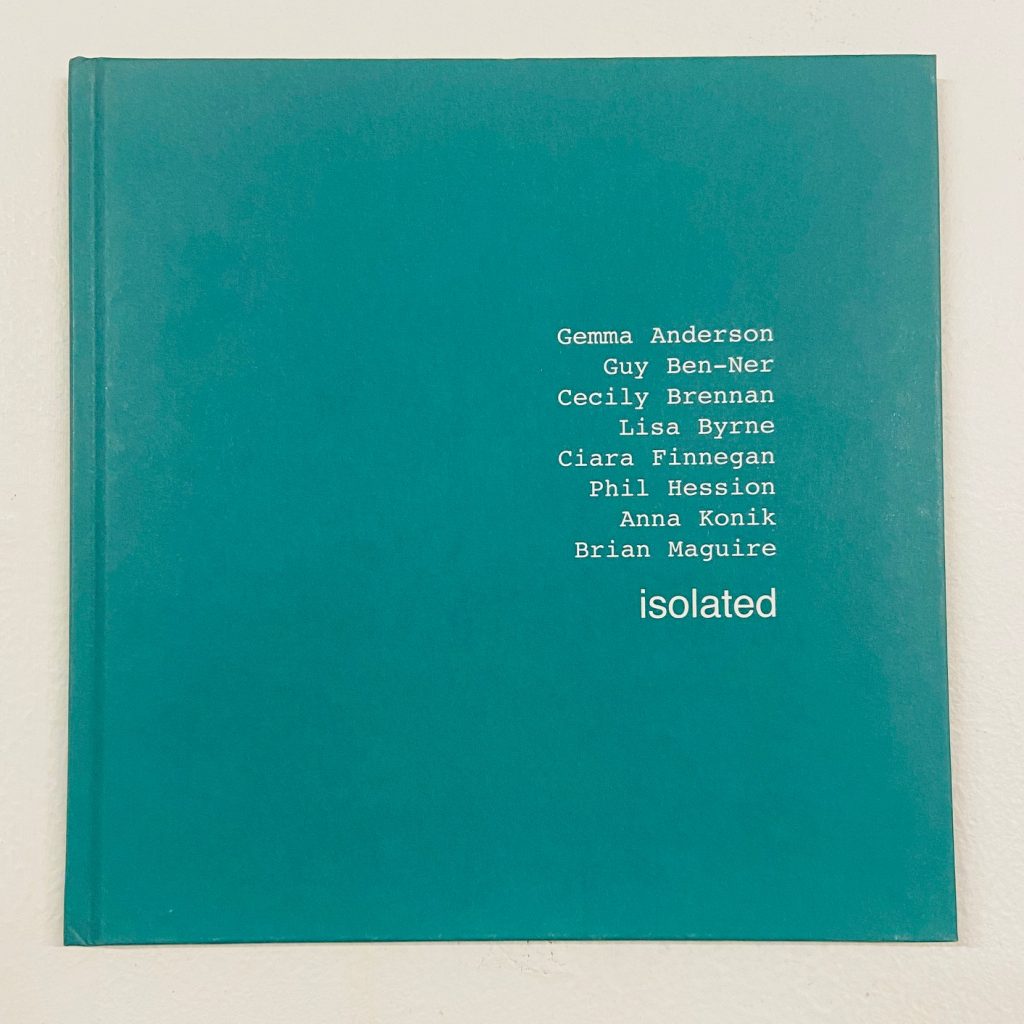 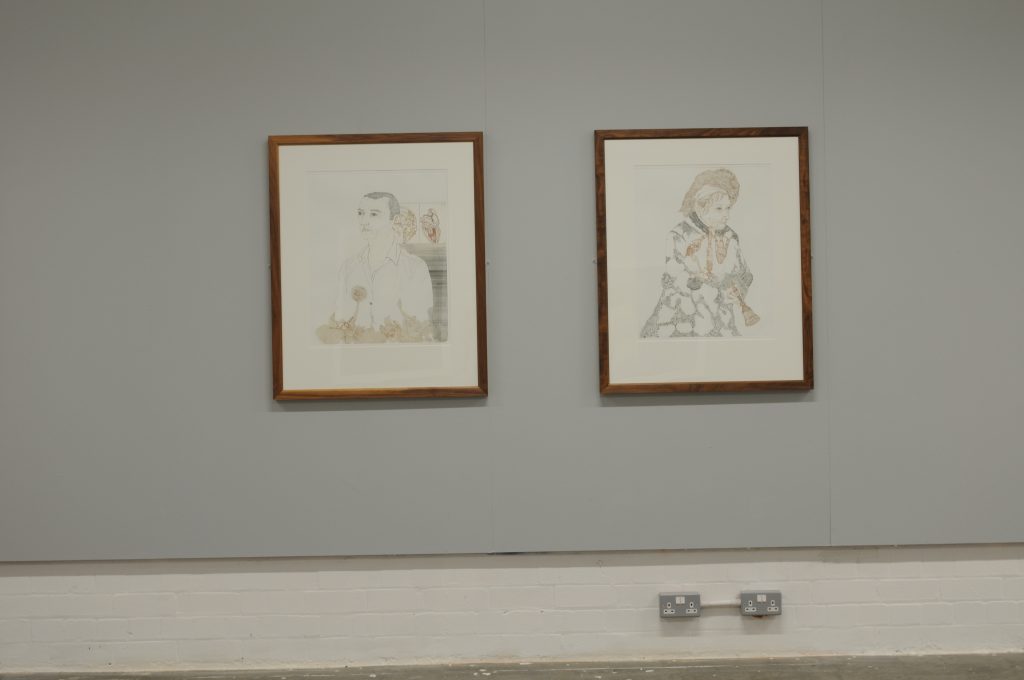 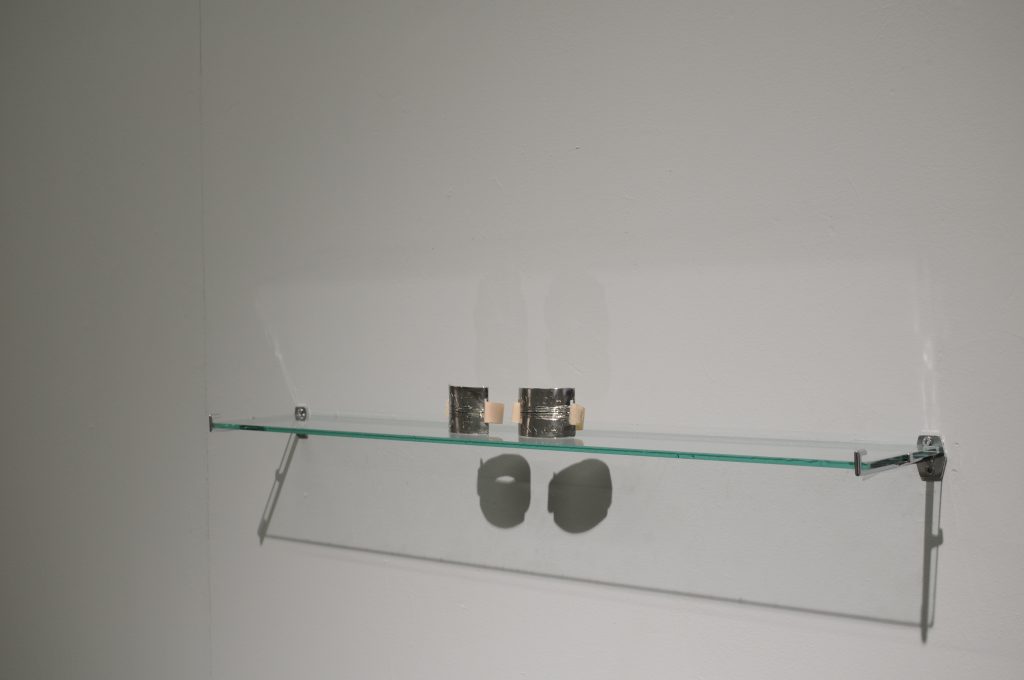 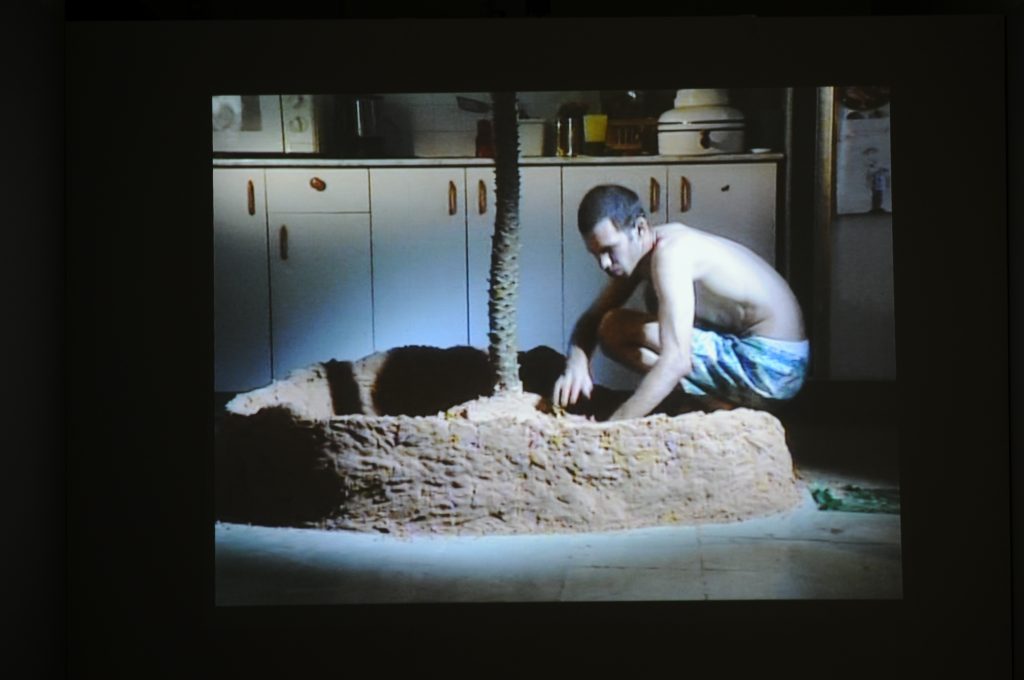 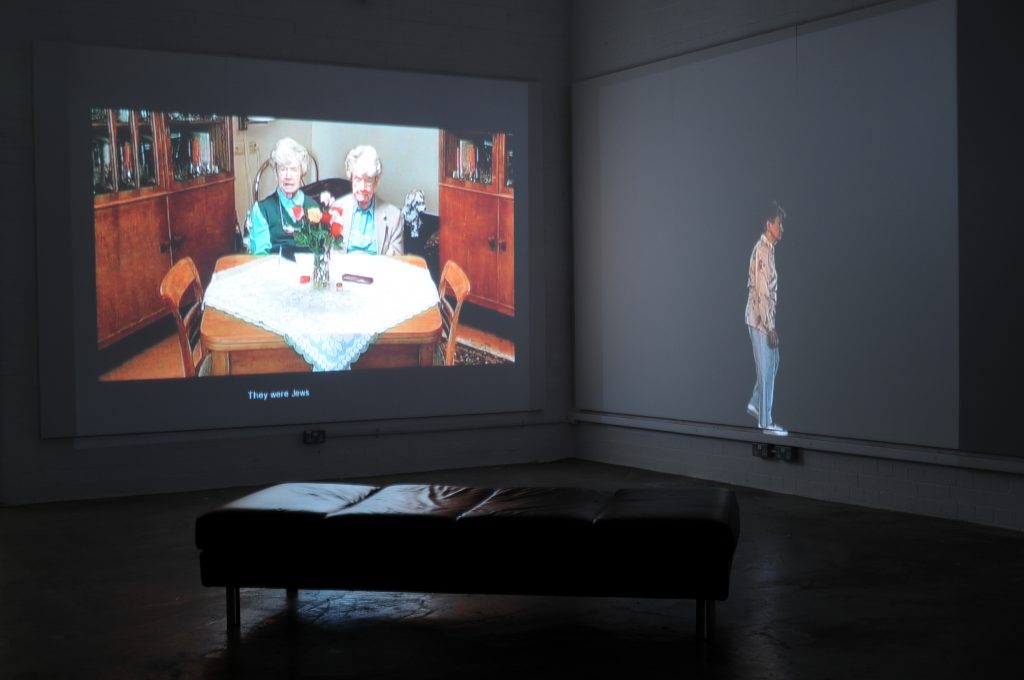 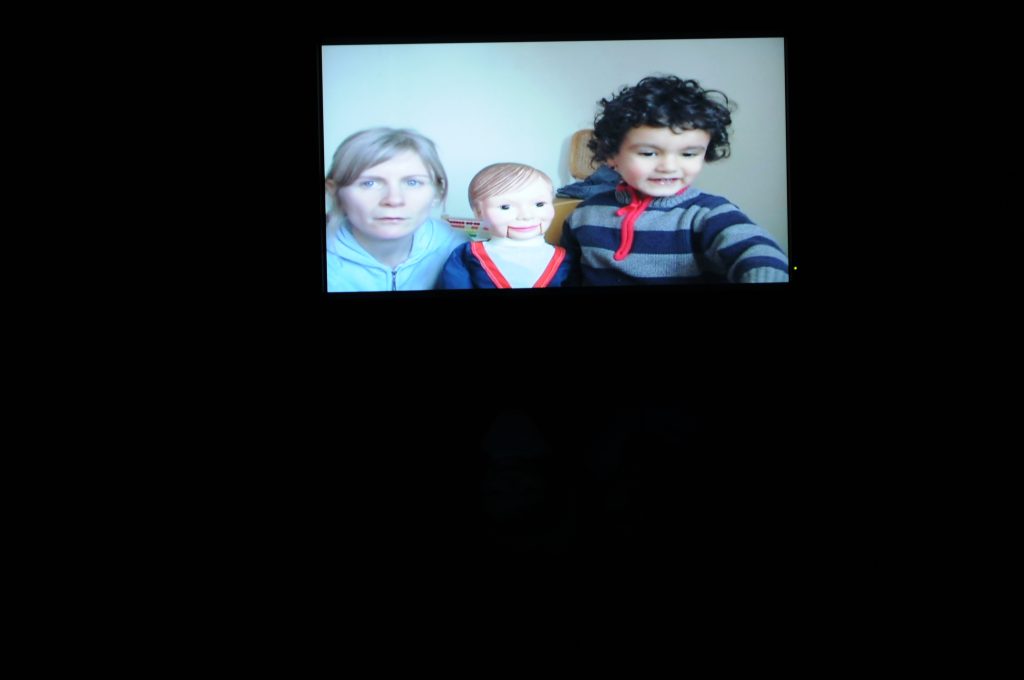 …‘isolation’ – the feeling that you are all alone, that our not being understood – nobody understands, that you are outside of your society, you are without a connection, your social network has let you down. That’s when the fragments from the world of your playlist begins to echo from deep inside – surfacing when you need it most … as you sit alone … alone in company, with them all around, then they disappear into the thick, thick fog. You’re all on your own … fragments…  ‘I’m doing the best that I can’ but ‘people … when you’re a stranger’ … articulate a comforting reassurance that you’re not alone… you’re alone together … somebody understands … they have empathy with, they know, they share, they save you from the ‘isolation’…The playlist isn’t real … it has been deleted… You’re on your own.

isolated brings together works by eight artists – Anna Konik, Brian Maguire, Cecily Brennan, Ciara Finnegan, Gemma Anderson, Guy Ben-Ner, Lisa Byrne and Phil Hession – in an exhibition exploring aspects of isolation. Each of the artists’ work contributes a distinct approach to dealing with the complexities of the subject and the resultant readings that they conjure. From the outset we have had to acknowledge that we were not attempting to offer answers or remedies, rather we were looking at how a range of artists had each engaged with a range of the issues that the subject covers.

The works featured in the exhibition employ a range of strategies and techniques, as well as varying degrees of empathy and inevitable personal exposition. The exhibition looks at the construction of narratives, the relationships that are formed between artists and their subjects, the realities of representation, mediation and recollection. isolated reminds us of our fears.

In bringing this range of work together for the exhibition we have attempted to create a space, regardless of how uncomfortable, in which the viewer can engage with the processes, the complexities and the sensitivities inherent in representing such an intensely personal subject and some of the people most affected by it. Isolation is something that we can all experience, all have an empathy with, and the works as diverse as they all are, each remind us of those who we don’t see and the invisible suffering that can further detach the individual from the societies that they, we, occupy.

This Exhibition has been generously supported by the Arts Council of Northern Ireland – National Lottery, Belfast City Council, RMI, and Yeha.