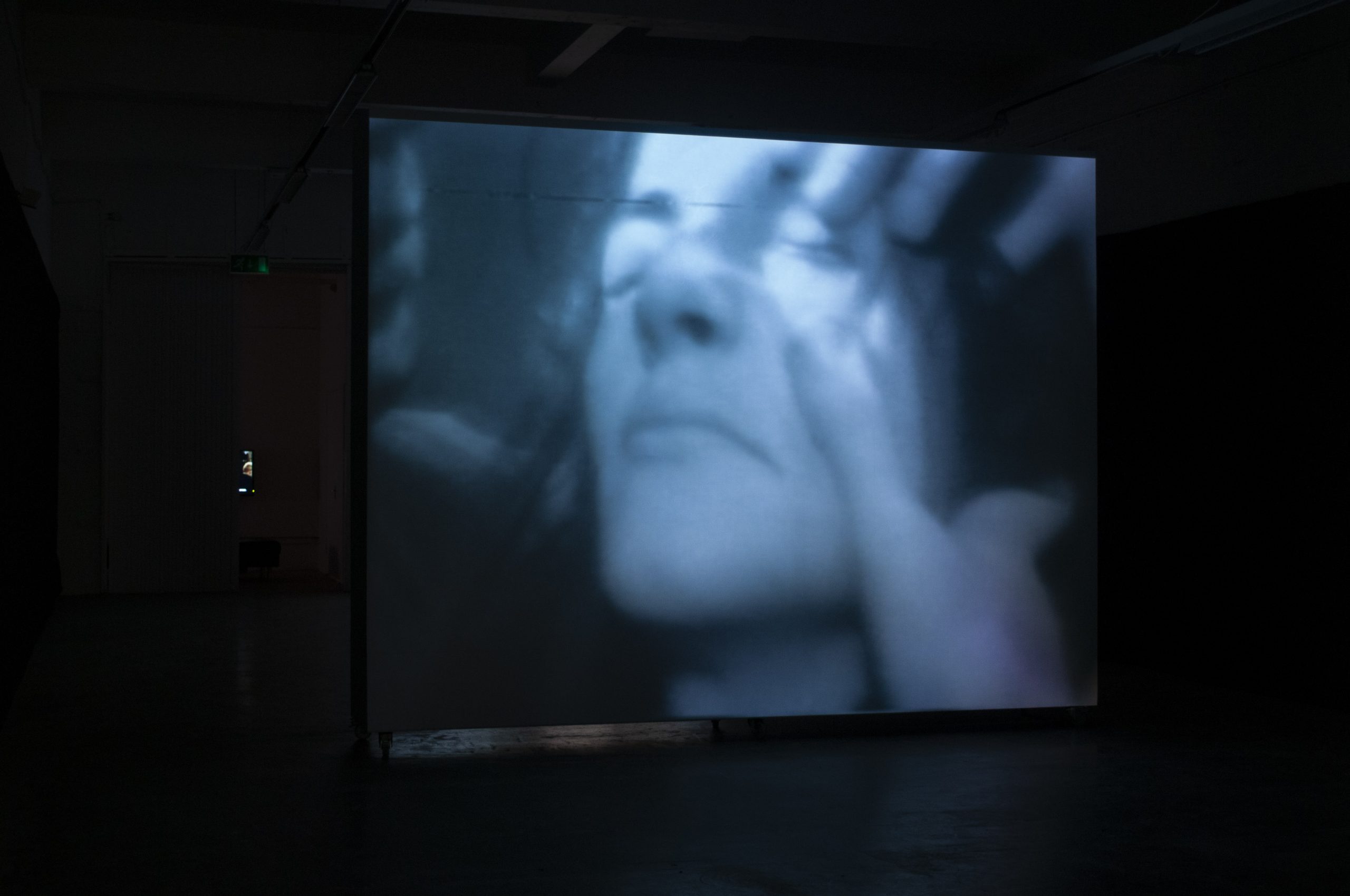 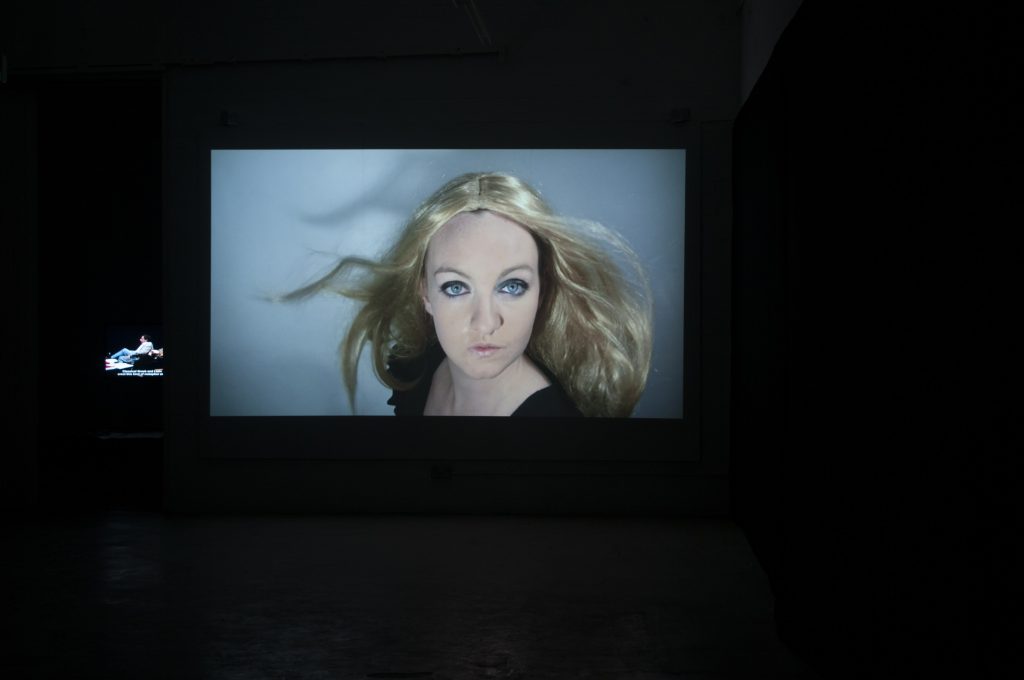 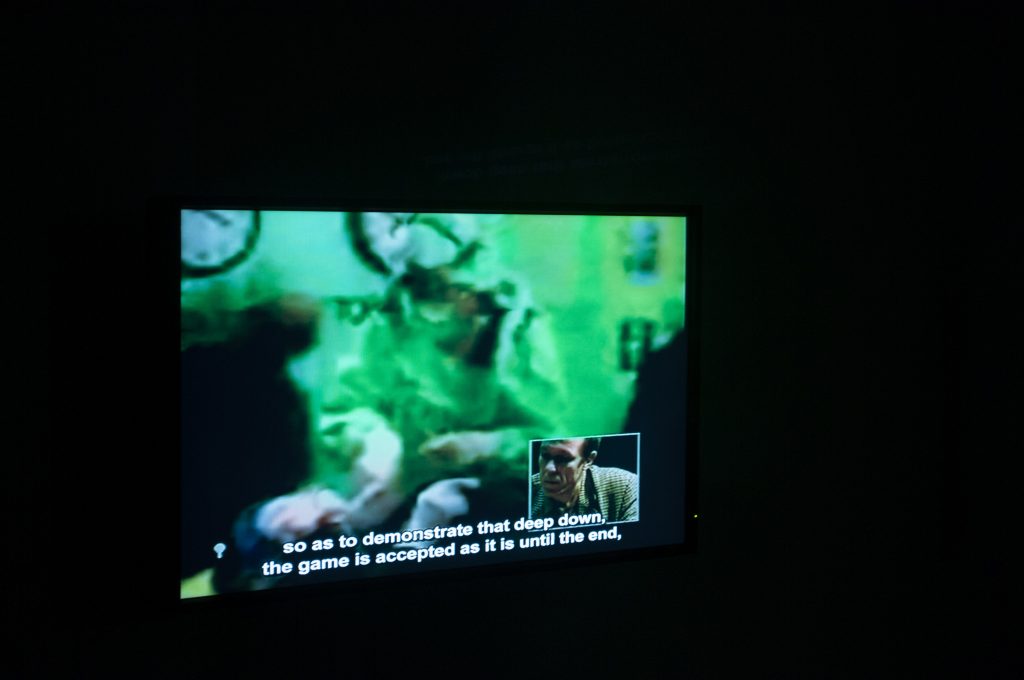 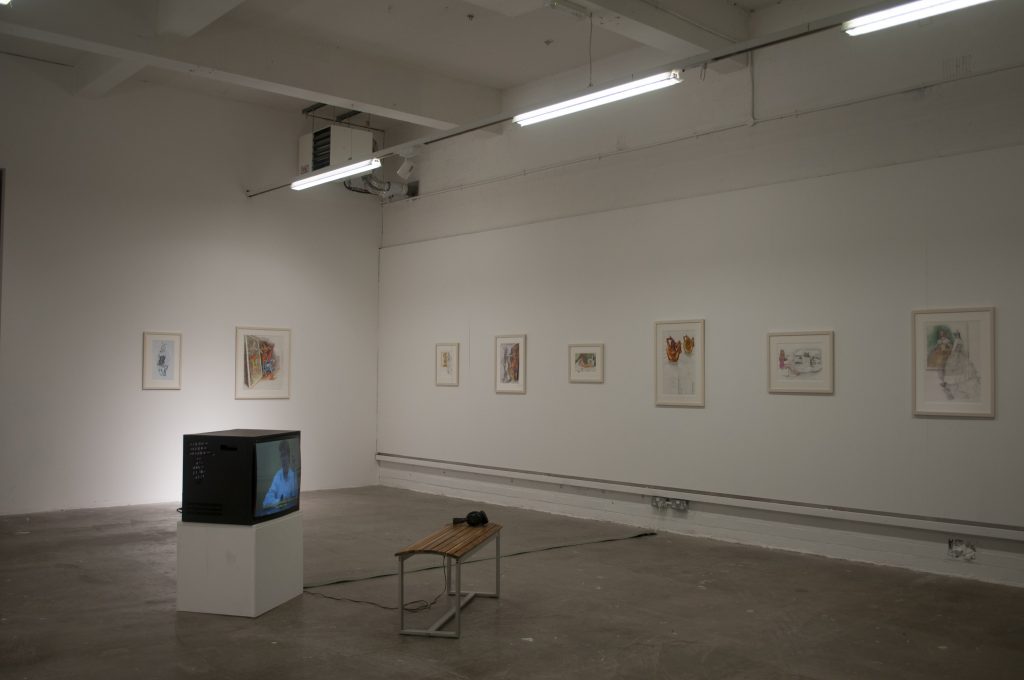 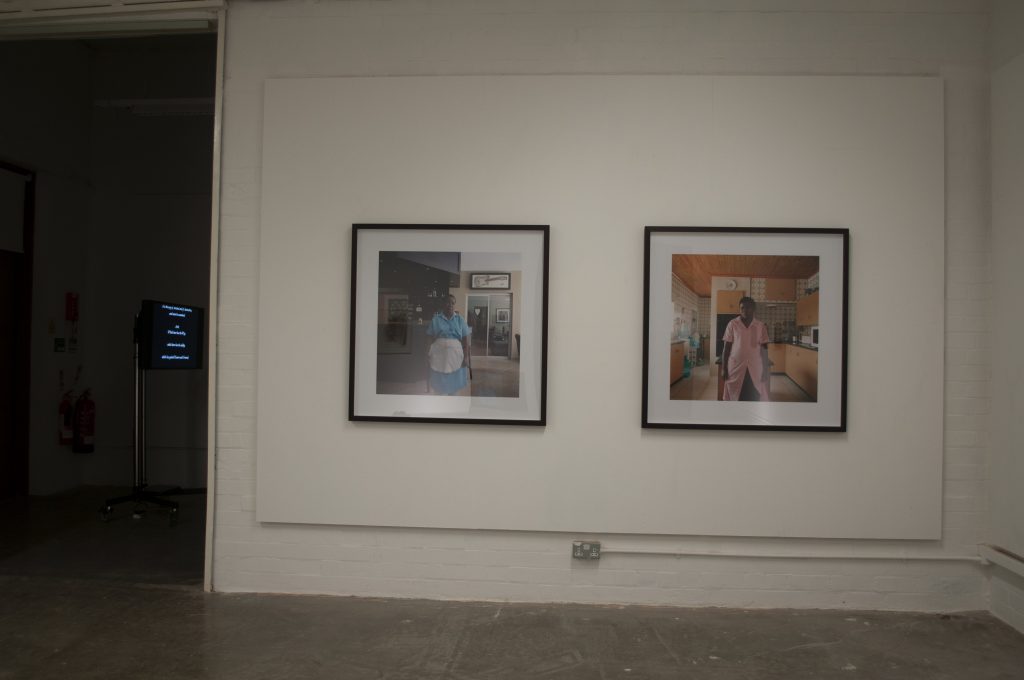 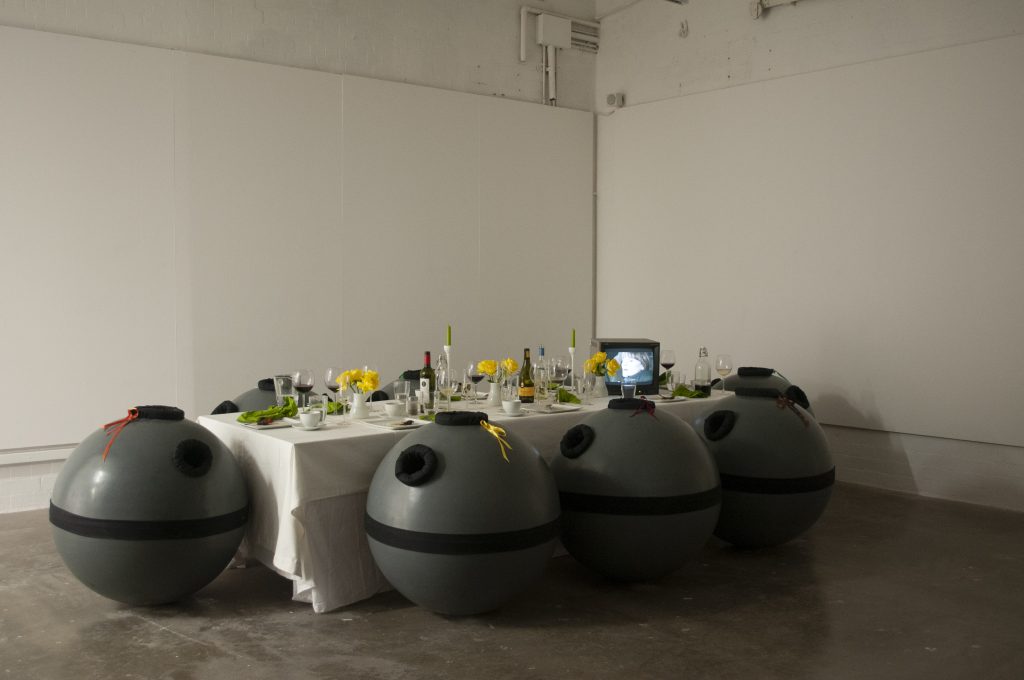 In Vito Acconci’s video work Pryings (1971), his violent attempts to force open the eyes of his subject are difficult to watch, as is the challenging gaze of Laura O’Connor in her video work Dull, Limp, Lifeless (2010). Like O’Connor, Katherine Nolan encourages the viewer to watch her, and yet reprimands them for doing so. Her work, You Are a Very Naughty Boy! (2009), obscures our view of her at intervals, as if in punishment for gazing upon her scantily dressed body. The photographic works of Shaleen Temple take a slightly different approach, commenting on the level of control held by the gaze of the subject, the artist, and ourselves, the viewer. The exhibition also includes work from Phil Collins, Common Culture, Sara Greavu, Magaret Harrison, Noëmi  Lakmaier , ORLAN, and Aine Phillips.

Aine Phillips makes performance and video art in Ireland and internationally. She is involved in artist led projects and curates live art events in Ireland. Her work aims to link autobiographical themes, actions and images with wider social and political realities.

Common Culture is a collaborative artists’ group consisting of David Campbell, Mark Durden and Ian Brown. They have had solo shows in New York, Athens, Porto, London, Manchester, Belfast and Derry and have participated in Manifesta 8, 2010, the 6th Shanghai Biennale 2006, and Shopping, Tate Liverpool, 2002.

Laura O’Connor is currently in the 2nd year of a Masters of Fine Art in the University of Ulster, and has shown work, sculptural & media based, in group shows throughout Ireland. She is also involved in curating exhibitions and most recently completed a public art commission, Dancing at the Crossroads Project, for Fleadh Cheoil nah Éireann in Cavan.

Margaret Harrison studied at the Carlisle College of Art, England (1957-61), Royal Academy School, London (1961-64), and the Academy of Art in Perugia, Italy (1965). In 1970, she was one of the founders of the first London Women’s Liberation Art Group.  Harrison developed as artist during the years of pop, minimal and conceptual work.

Noëmi Lakmaier has exhibited widely in the UK and internationally. She was artist in residence at Camden Arts Centre, London in 2008 and at the Fire Station Artists’ Studios in Dublin from 2008 -2009. Lakmaier recently showed her piece, We/Them/Other as part of Belfast Festival at Queens.

ORLAN  (b.1947) lives and works between Paris, New York and Los Angeles. ORLAN is a permanent teacher at the Ecole Nationale Supérieure d’Arts de Paris-Cergy. She explores different techniques such as photography, video, sculpture, installation, performance, and biotechnologies in her work.

Phil Collins (b.1970) investigates the perils of representation and the emotional core of such seemingly transparent media as video and photography. Instinctively distrustful of the camera and its effects, yet responsive to its potential as an instigator of relationships, his works often revolve around a convocation of individuals.

Sara Greavu is an artist and curator who lives and works in Derry. She received her MFA from University of Ulster in 2006 and has recently  completed a practice based PhD at U.U. Her research looks at the Halloween carnival in Derry in its postcolonial context with a particular interest in ‘ethnic drag’, gender, and postcolonial temporalities.

Shaleen Temple (b.1987) moved to Northern Ireland, from South Africa, at the age of thirteen with her mother and siblings. She received a BA (Hons) in Photography from the University of Ulster in 2010, and through her work explores themes surrounding South African lifestyle.

Vito Acconci (b.1940) started to perform between 1969-1974, developing over 200 conceptually structured and radical body-related works, that were extremely simple in formal terms, but highly intricate psychologically.