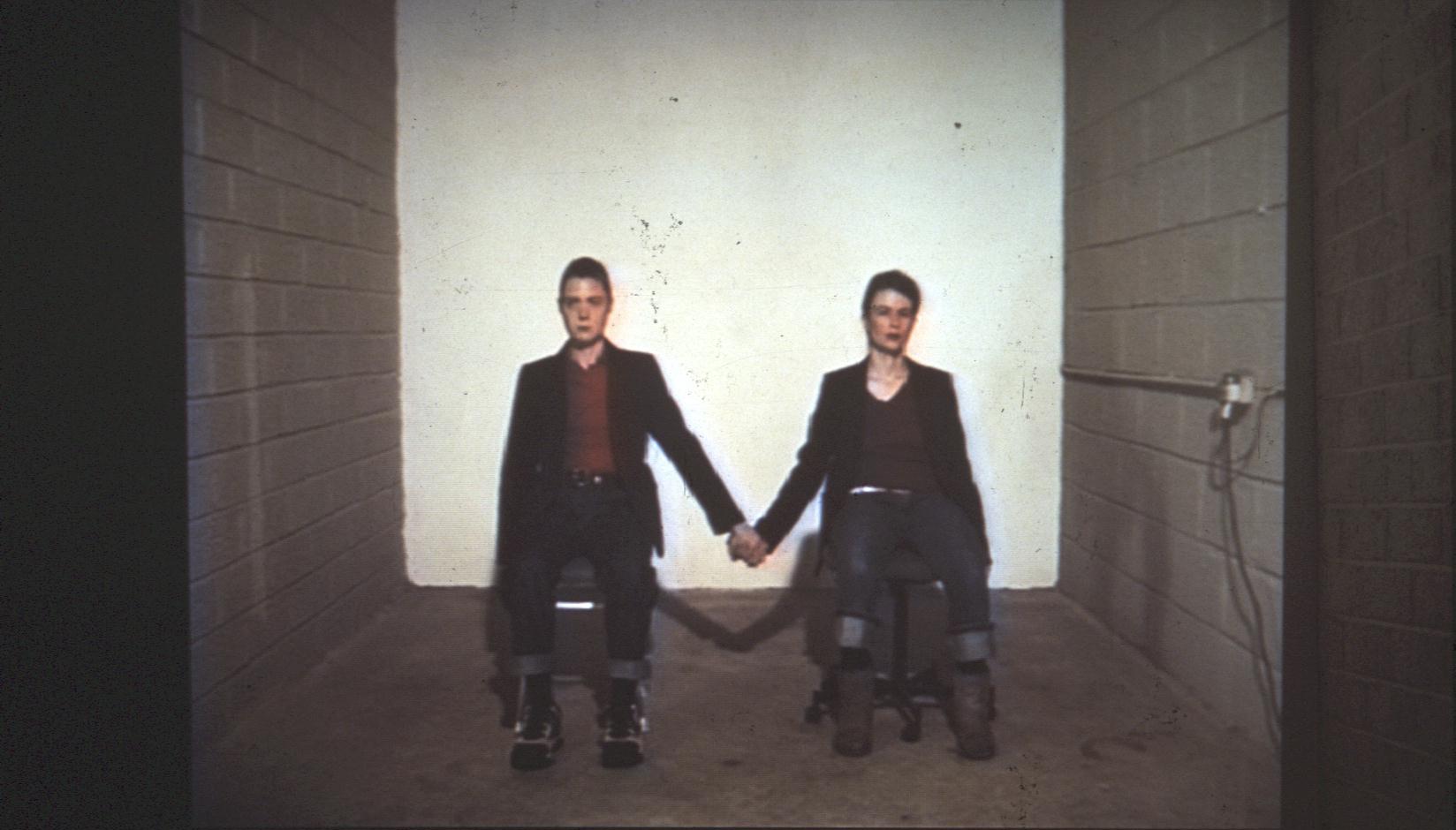 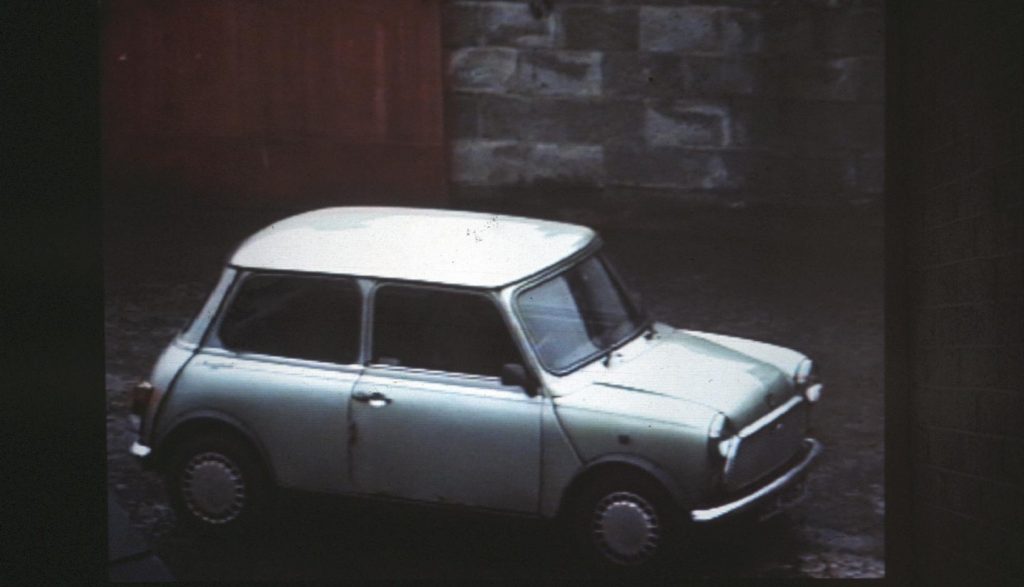 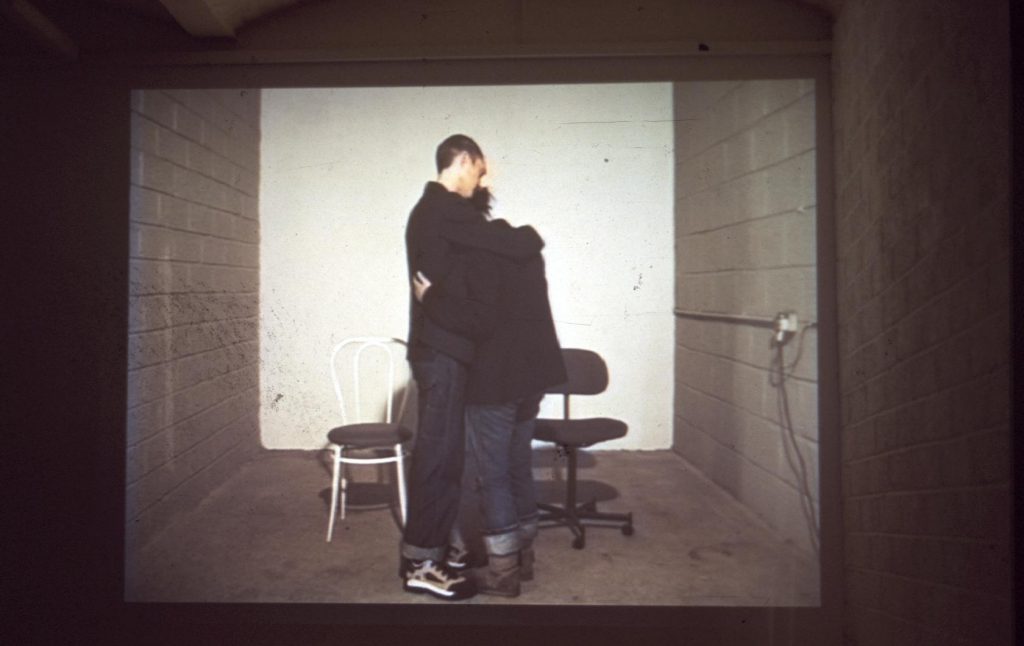 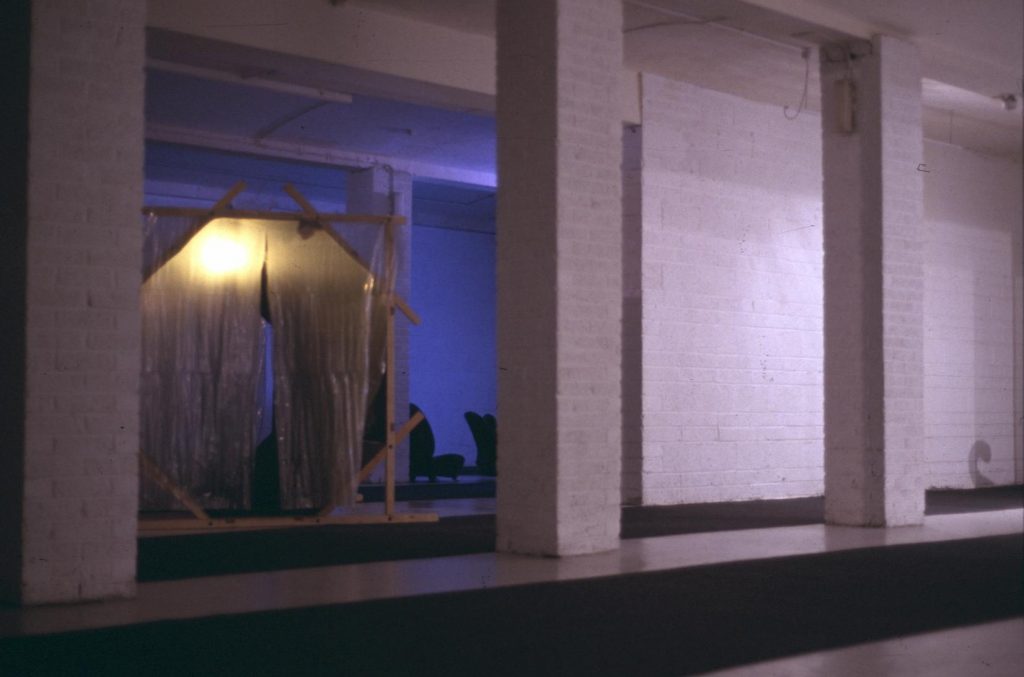 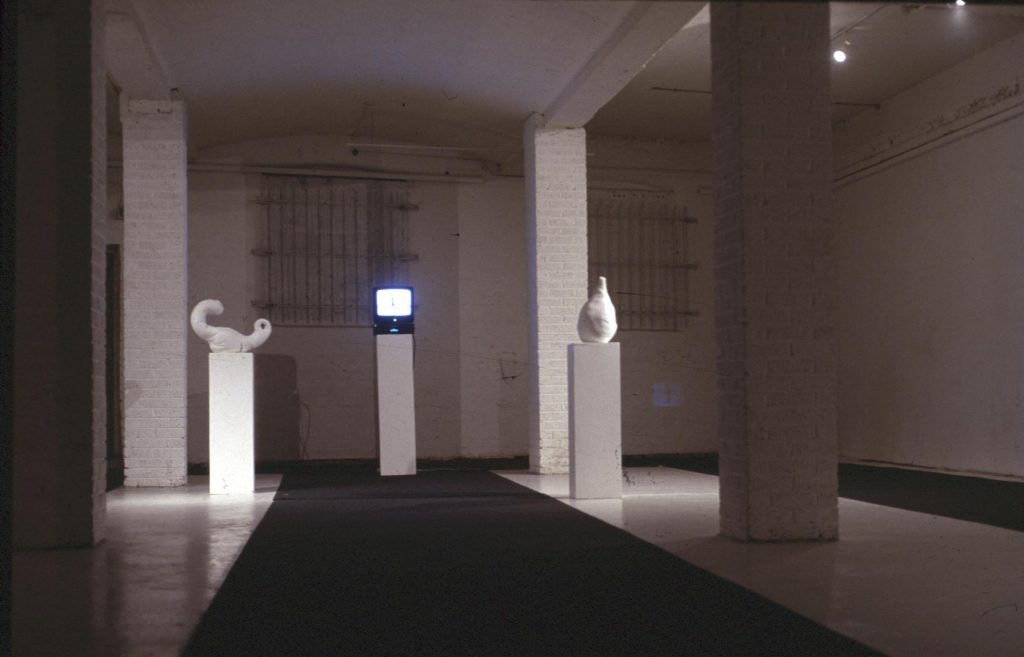 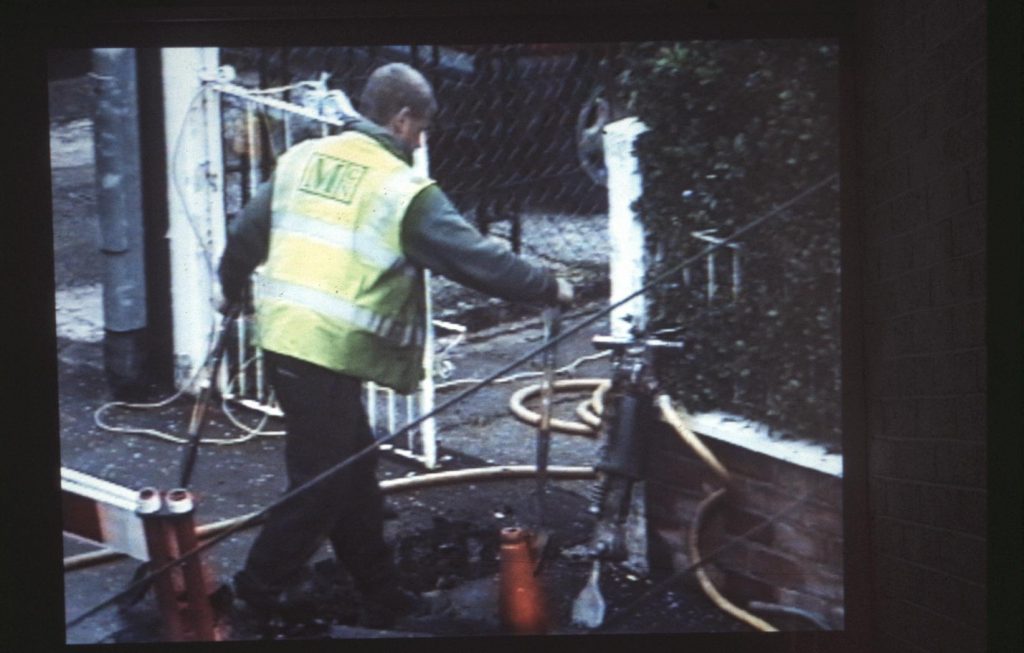 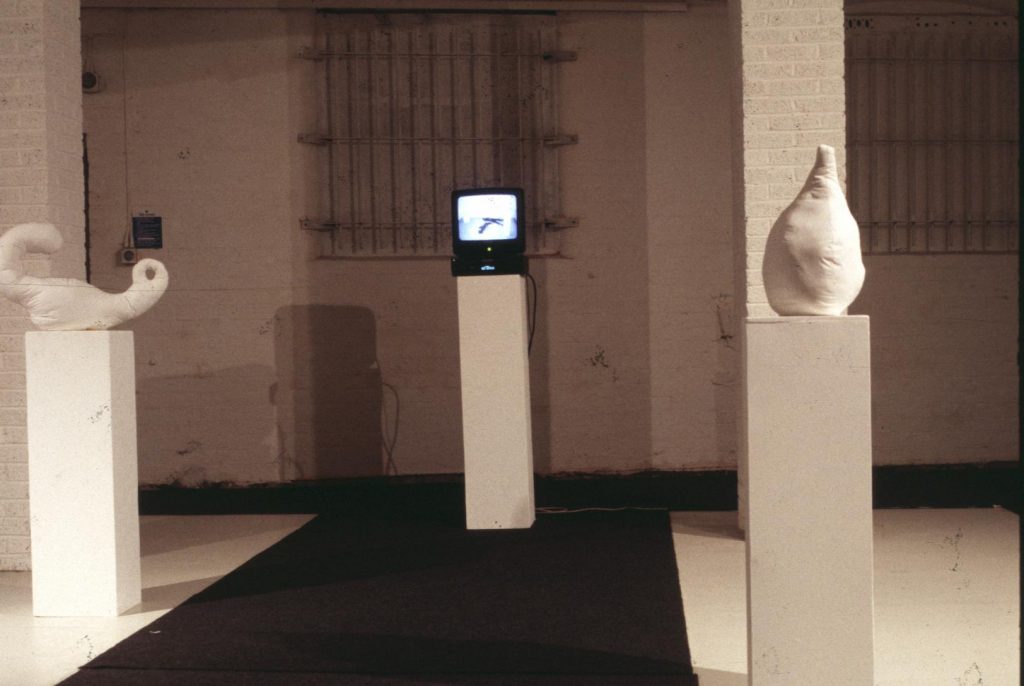 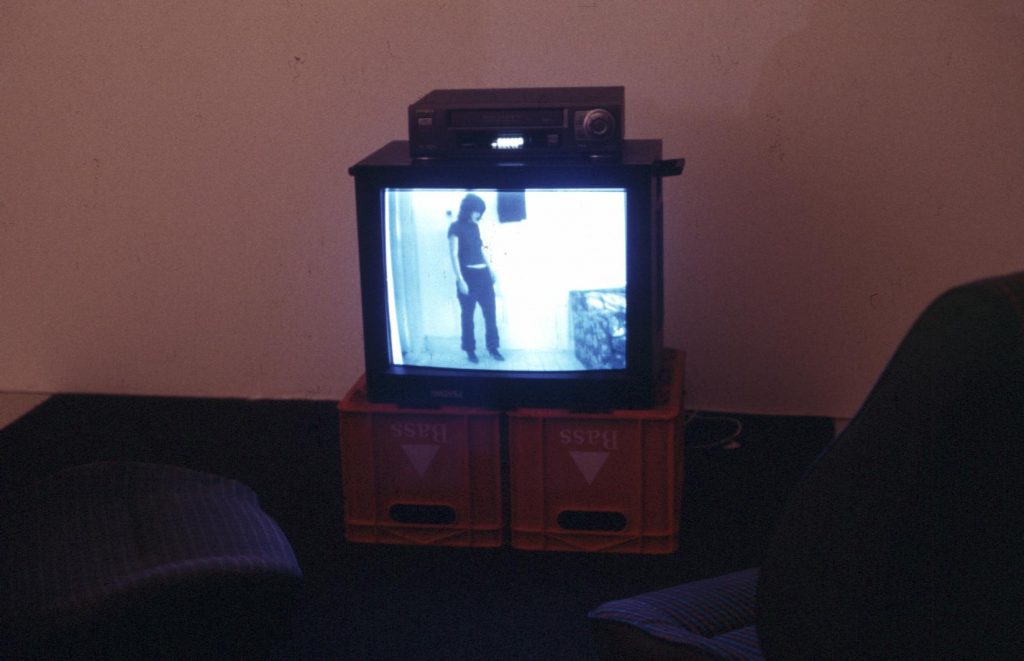 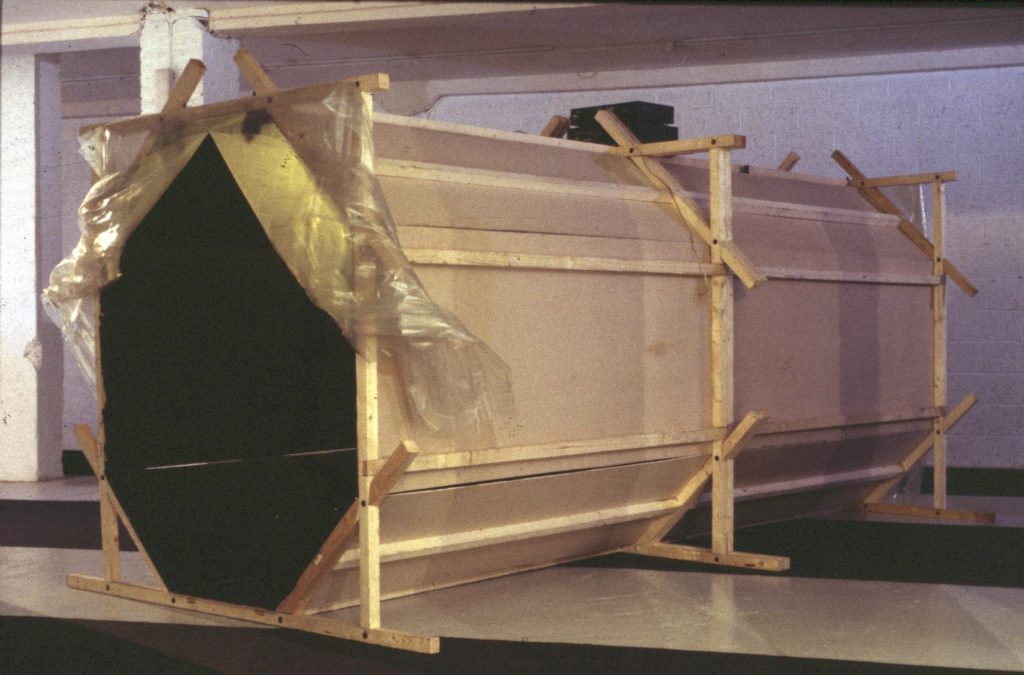 An exhibition exploring film and video curated by Peter Richards and Catalyst Arts
The exhibition sets out to explore the influence and vocabulary of film/video, through the wealth and breadth of contemporary artists working with the medium throughout Ireland.

The exhibition features the first collaborative work by Heather Allen and Sandra Johnson, a live work presented during the launch; Seamus Harahan presents a new video installation hot from desks, Lorraine Burrel’s installation Do Artists Dream a narrative based on fantasy, explores gender, sexually and power; Ciara Finnegan subverts the traditional relationship between the live event and its’ documentation; and Allan Luges Mother takes its title form the computer in the sci-fi thriller “Alien” and creates a reality as fictional as its precedent, with the assistance of the artists mother.