CAN YOU HEAR ME 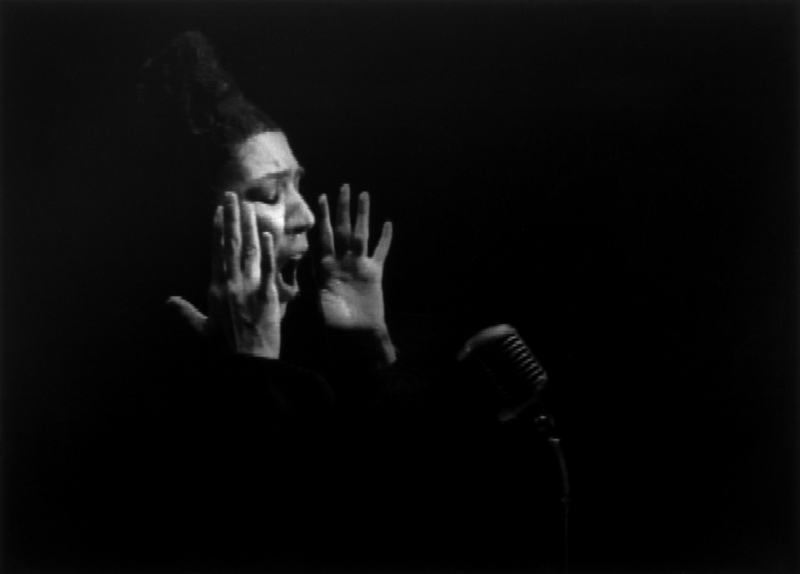 The two works, Susan Hiller’s The Last Silent Movie and Shirin Neshat’s Turbulent, have become iconic and have both been written about extensively. The Tate and the Guggenheim have expressed them succinctly.The implicit relationship between language and culture is given a tangible form by “the voice”. “The voice” is much more than a simple carrier of the message: in its materiality, “the voice” gives the message a political currency. It is through” the voice” that the message is entangled with history, value and exchange simultaneously, and it is where meaning resides. Can You Hear Me brings together work by Susan Hiller and Shirin Neshat in an exhibition concerned with language, culture and power.

“In The Last Silent Movie 2007 Hiller orchestrates voices of the last speakers of extinct or endangered languages. Subtitles translate their utterances while the screen remains black. Neither silent nor a movie in the conventional sense, this work provides the framework for the audience to reflect on the speakers and the conditions that may have prompted the loss of their language. These silenced speakers buried in archives, have literally been given voice again by the artist.” Tate

“Neshat’s work, Turbulent 1998 is from a trilogy of works that each utilize dual video screens to portray abstract oppositions based around gender and society, the individual and the group. Whilst the work hints at the restrictive nature of Islamic laws regarding women, it simultaneously opens multiple readings, reaching instead toward universal conditions.” Guggenheim