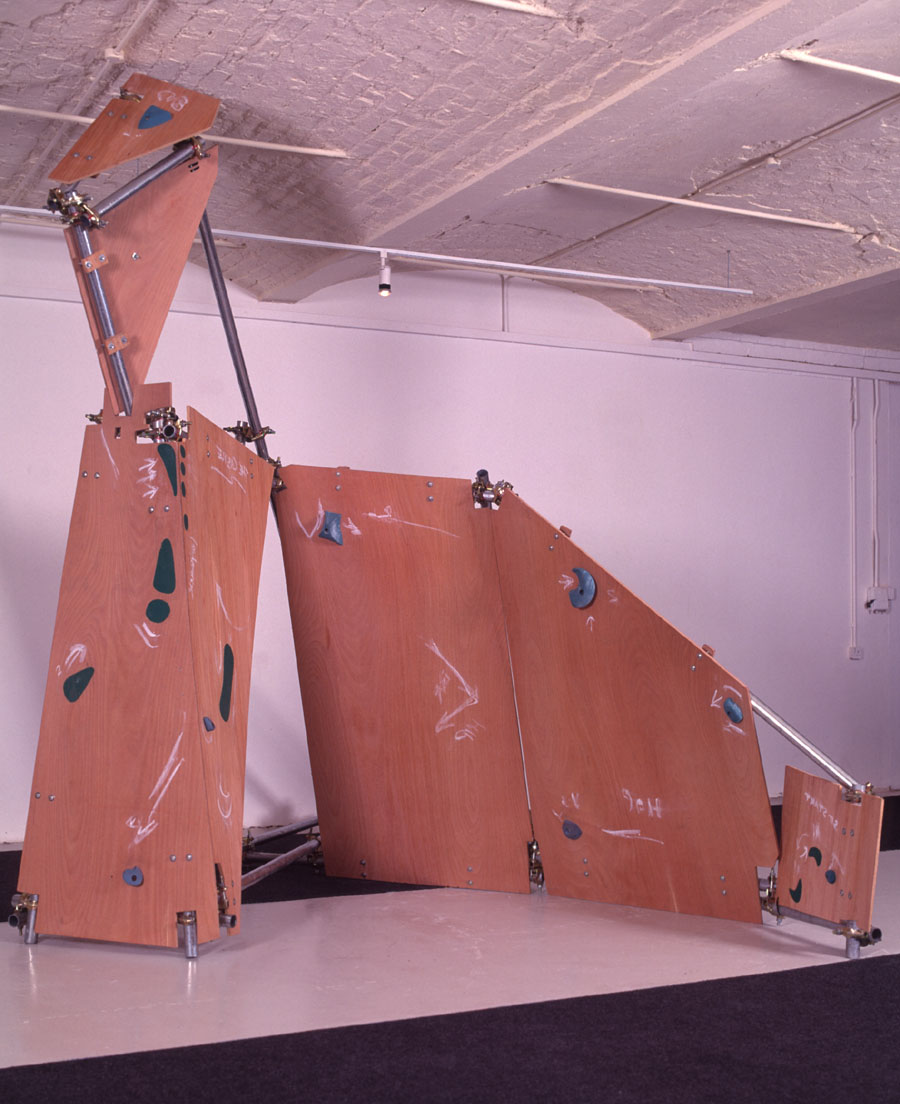 Beta
An exhibition of works by Dan Shipsides 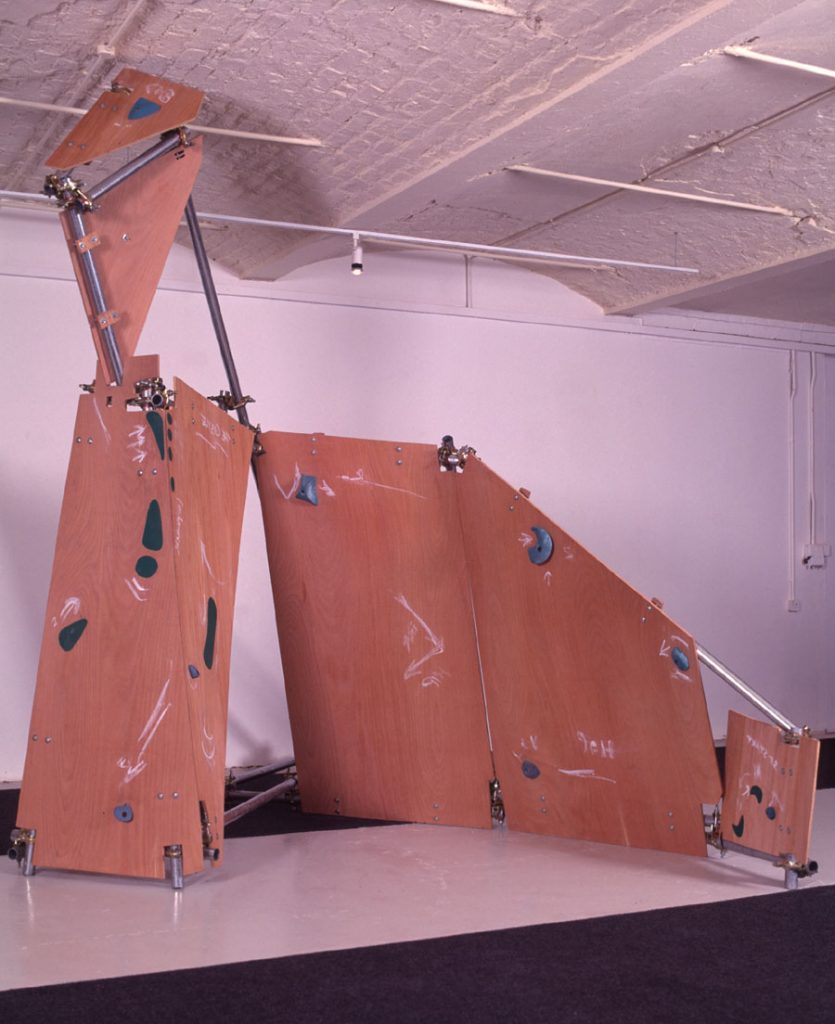 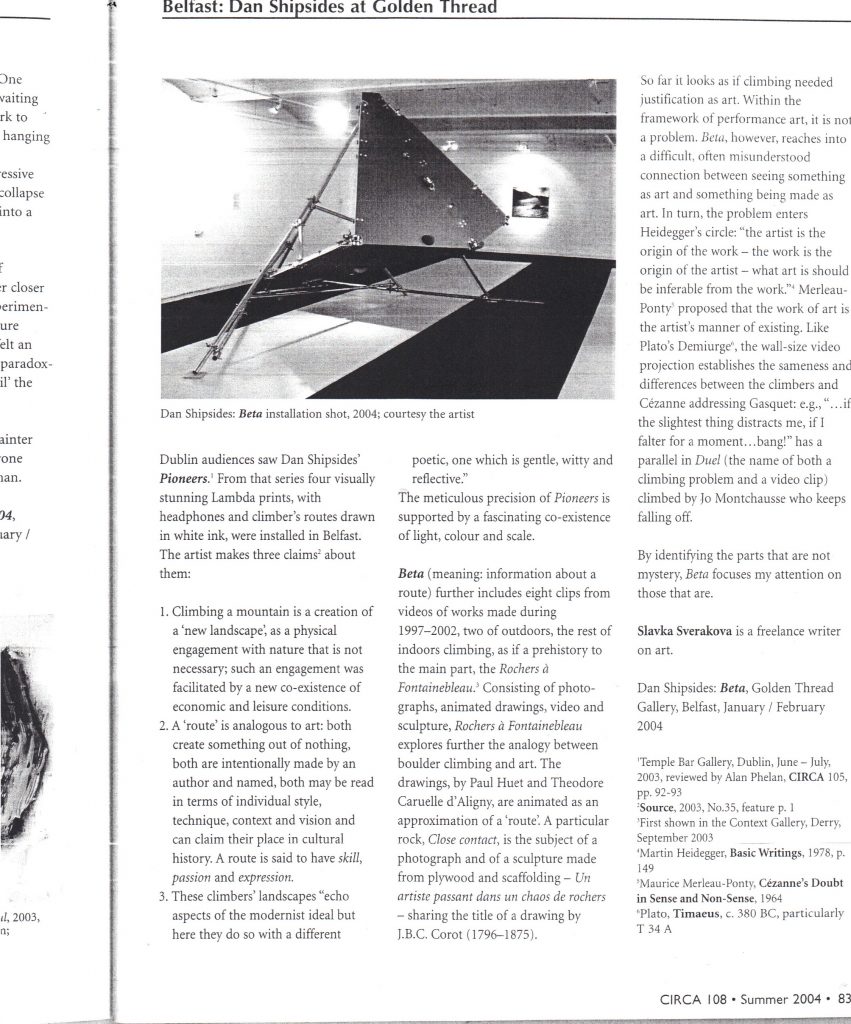 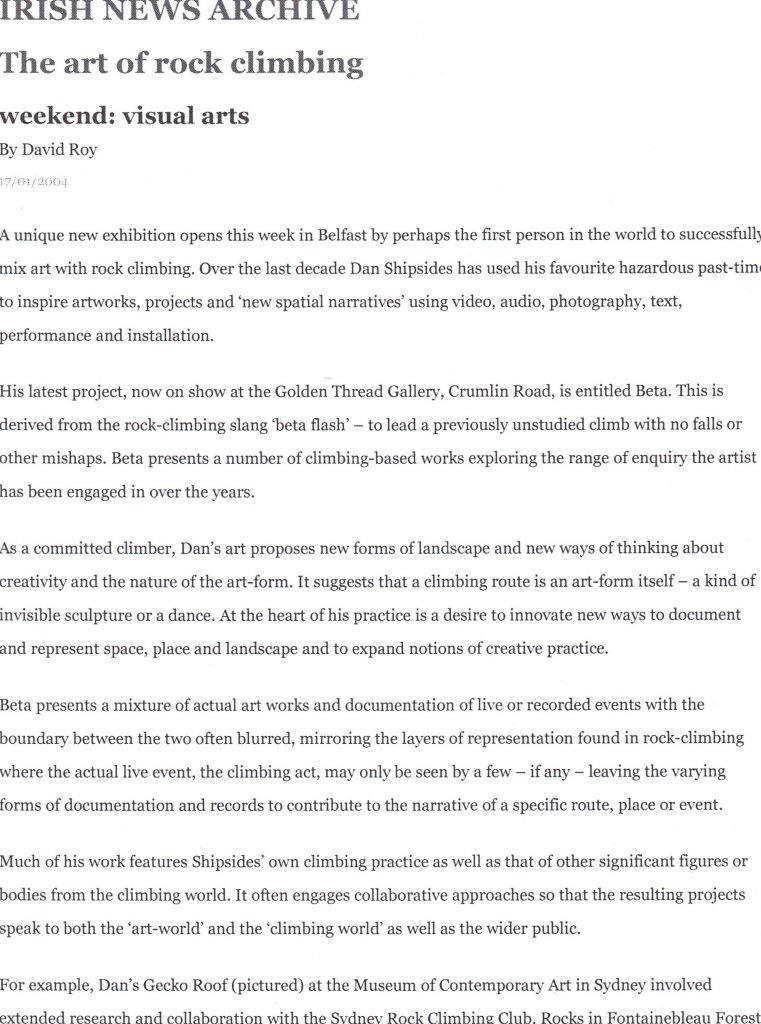 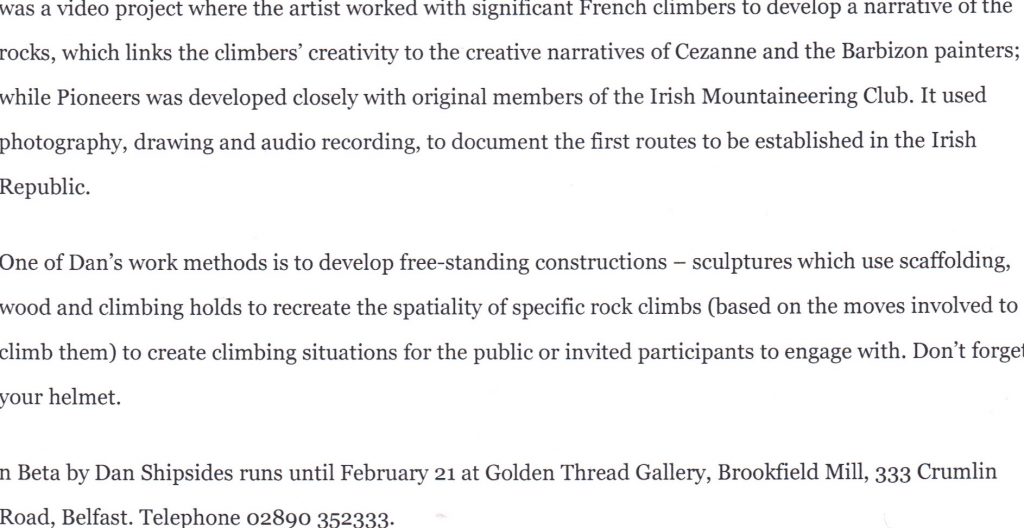 Beta; information about a route. Flash; to cleanly climb a route on one’s first attempt.

Much of Shipsides’ practice has developed over the last decade to adapt aspects from his engagement with rock climbing to produce artworks and projects using video, photography, audio, text drawing, performance and installation. As a survey of this projects Beta presents a number of climbing based works exploring the range of enquiry the artist has been engaged over this period.

The work develops out of a performative nature – relating to the body and space – and proposes new forms of landscape, new ways of thinking about creativity and spatial narrative. Some works explore or make reference to traditions of landscape representation (Rochers à Fointaneblau, Pioneers and The Stone Bridge) whilst other play more irreverently with the structures through which we encounter art (Gecko Roof, Penguin/Guillemot, Swammadam Groove and Seeking Edelweiss).

Beta presents a mixture of actual art-works and documentation of live or recorded events with the boundary between the two often blurred – mirroring the layers of representation found in rock-climbing where the actual live event – the climbing act – may often only be seen by a few – if any, leaving the varying forms of documentation and records to contribute to the narrative of a specific route, place or event.

Dan Shipsides, born Lancashire 1972, is an AHRB Research Fellow at the University of Ulster in Belfast and is involved in the Art and its locations zone on the CREATED research centre.