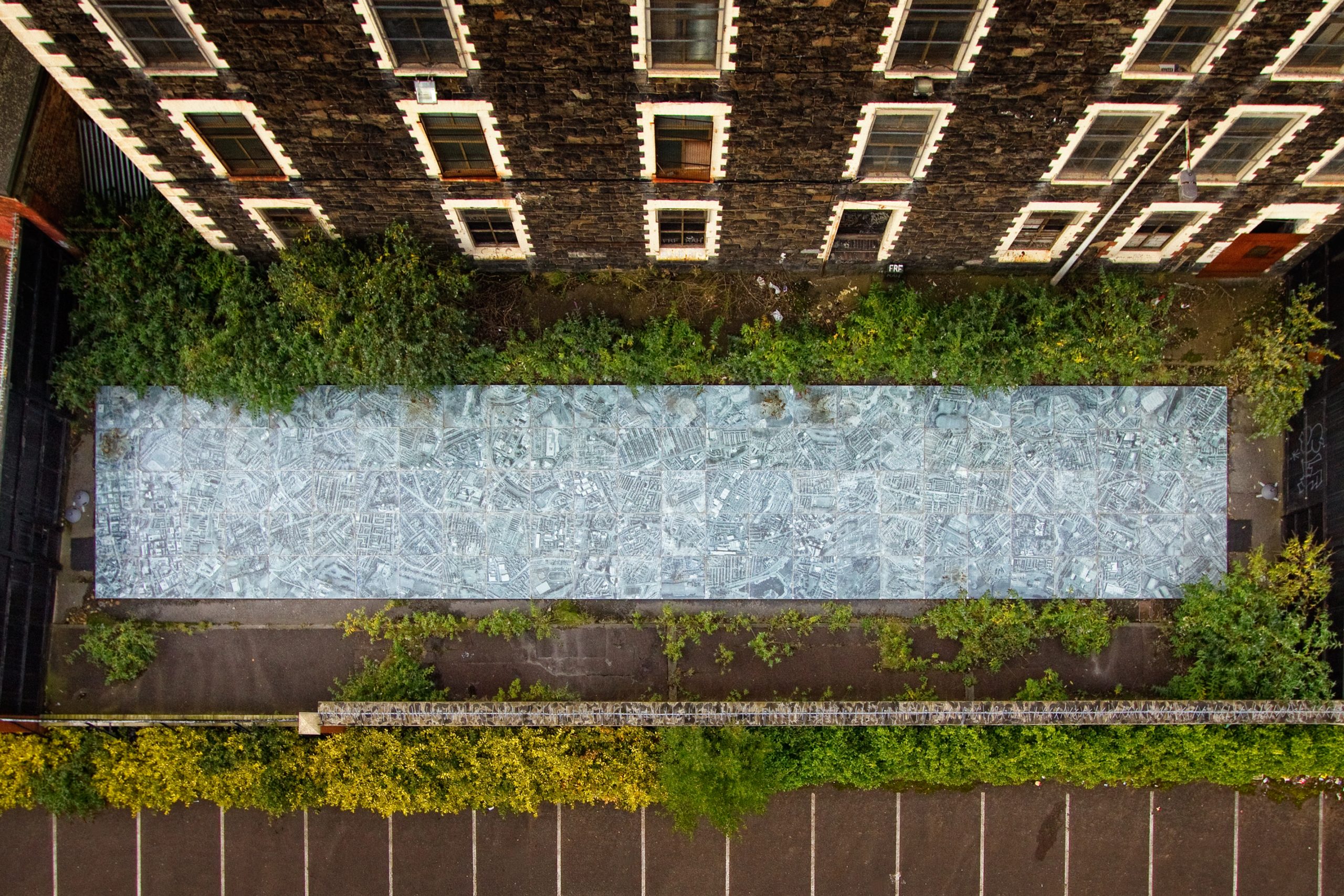 Ambulatorio Belfast : Oscar Muñoz
Commissioned by Golden Thread Gallery & the London 2012 Festival on behalf of Draw Down the Walls. 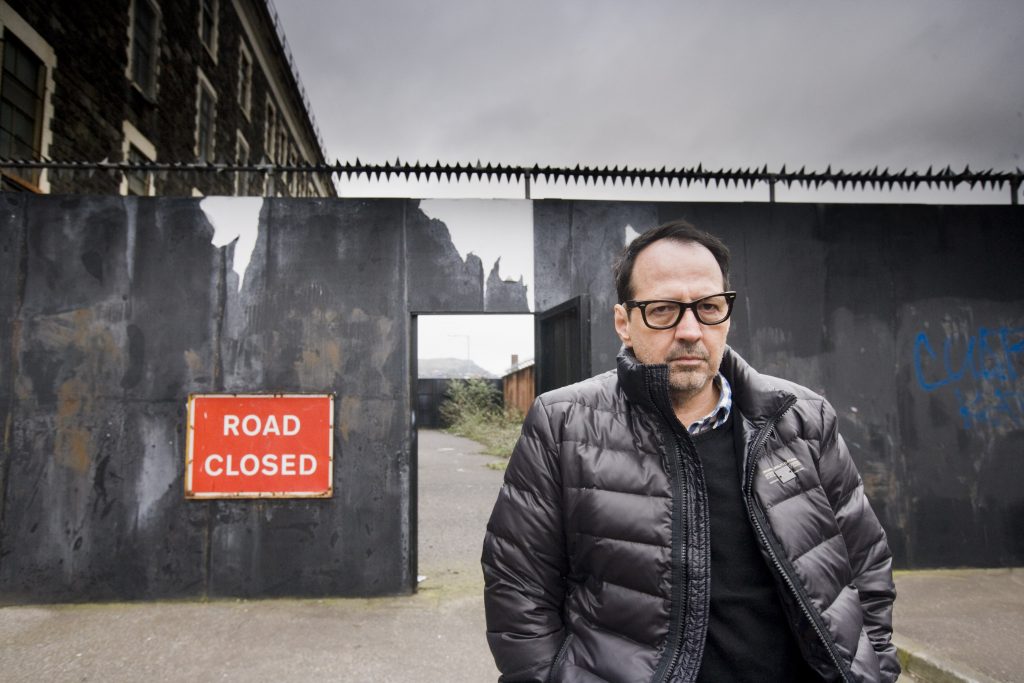 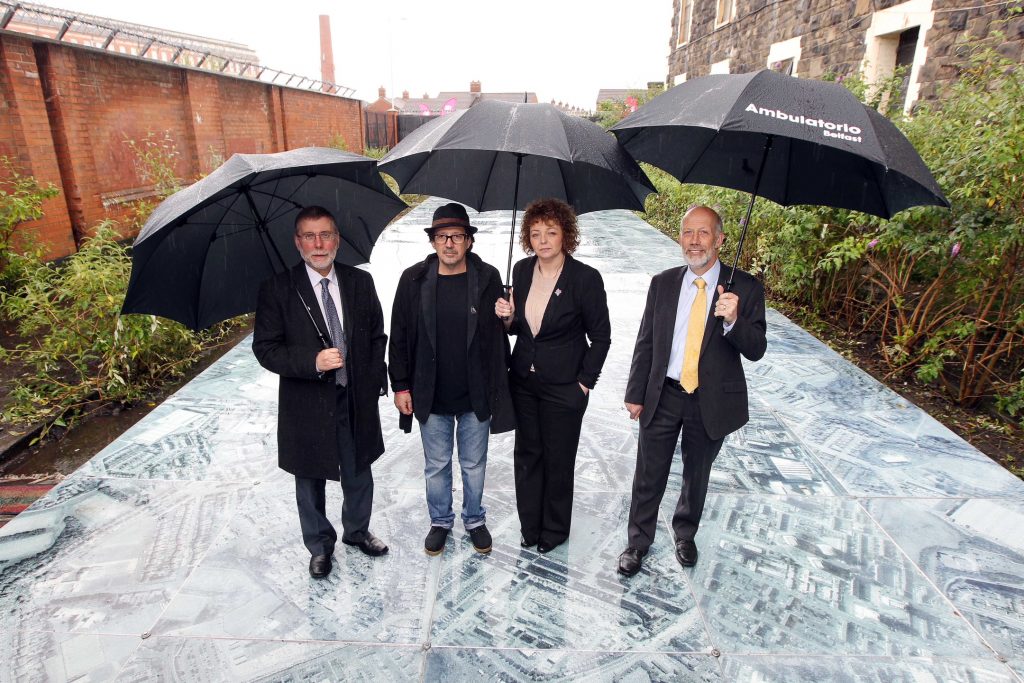 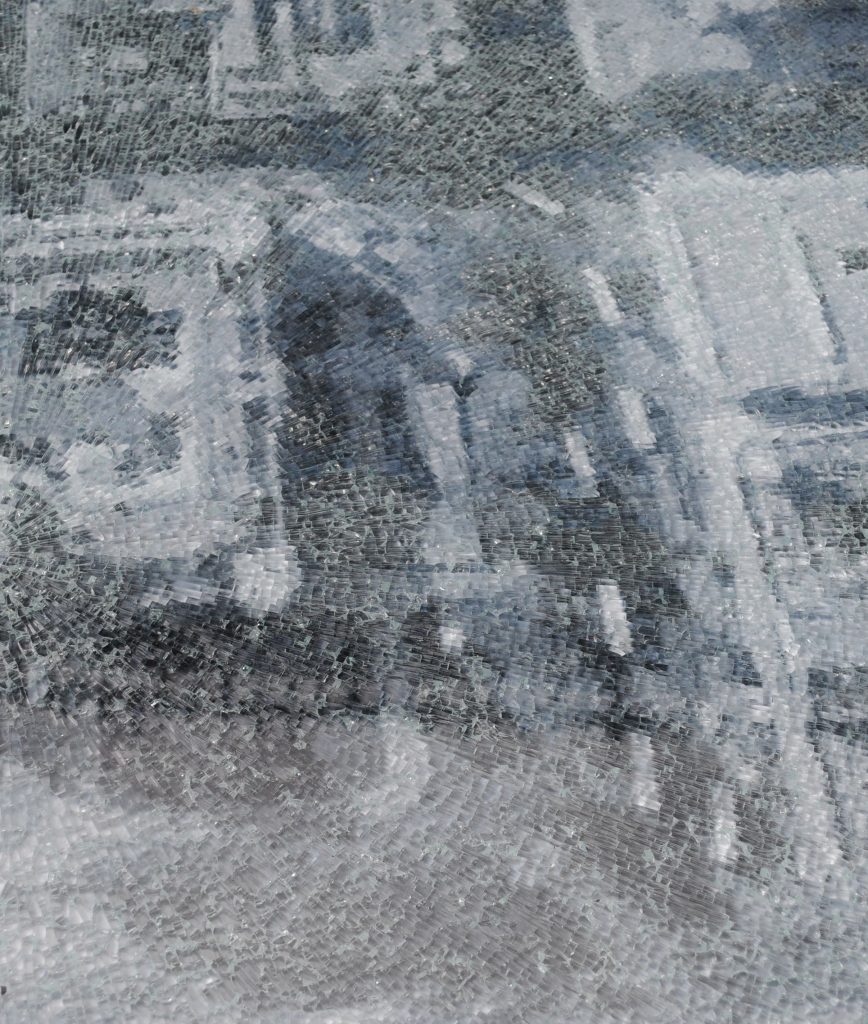 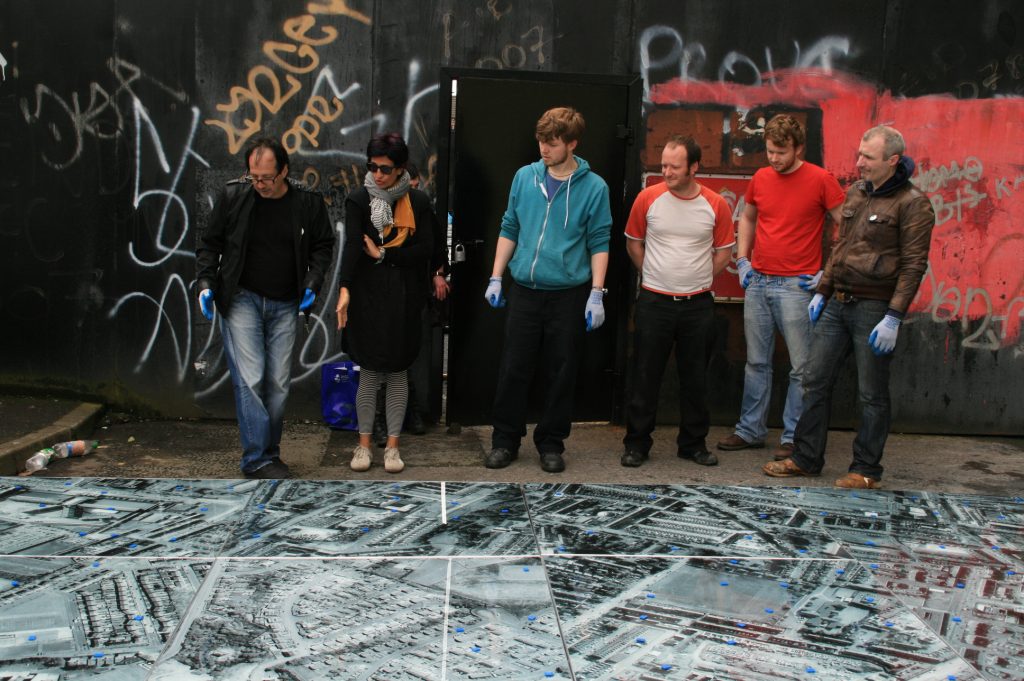 The project is an official event of the London 2012 Festival in Northern Ireland.

In February 2012, Muñoz’s was invited to visit Belfast and meet communities from both sides of the interfaces.  As a response to this visit he developedAmbulatorio, a site specific installation using aerial maps of North Belfast sealed under a layer of cracked glass.  Ambulatorio was initially created using aerial photography of Cali in Colombia.  In Ambulatorio Belfast, he transforms the ‘no man’s land’ between the two barriers that separate the Crumlin Road and Flax Street.  His experience of working in another conflict zone puts the local into an international context, providing a unique window of opportunity to spotlight the relationships that are being built between historically divided communities as we move towards more hopeful times.

Draw Down the Walls is an ongoing collaboration between Golden Thread Gallery, North Belfast Interface Network and the Lower Shankill Community Association designed to imagine a city without barriers.   North Belfast is no stranger to the media but the stories are generally focussed on the negative and do not reflect the growth in positive relationships being built between communities.  Bringing an international artist into the mix encourages residents and visitors to see the area differently and provides opportunities for young people to have creative involvement in the social decisions that affect their lives.

Whilst Muñoz’s work subtly alludes to the impact of the war in Colombia – another region immersed in political and social turmoil – his themes have a more universal appeal. Muñoz reinforces this: “My work today arises from my interest in understanding how a society comes to accept war – or rather, a dark and corrupted succession of wars over more than 50 years and which have not yet ended – as part of the routine of living, where both the past and the present are plagued with daily violent events which are persistently repeated”.