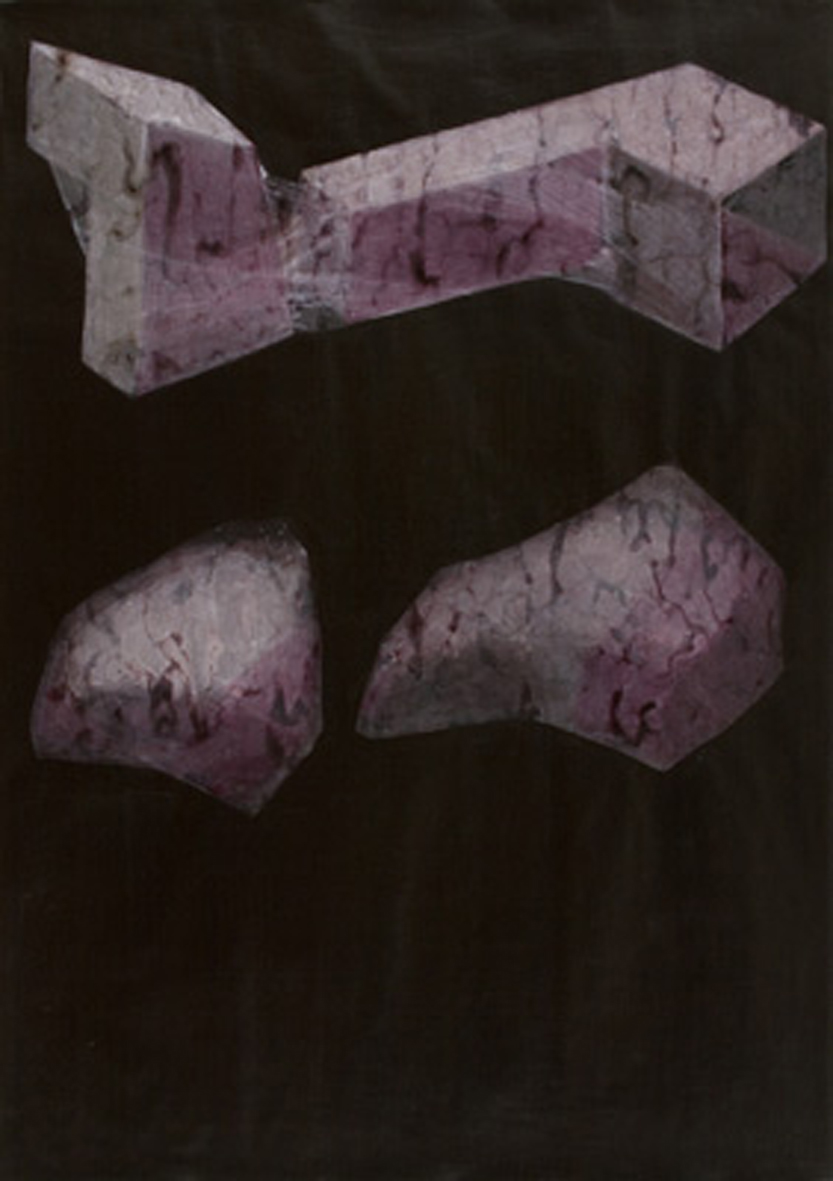 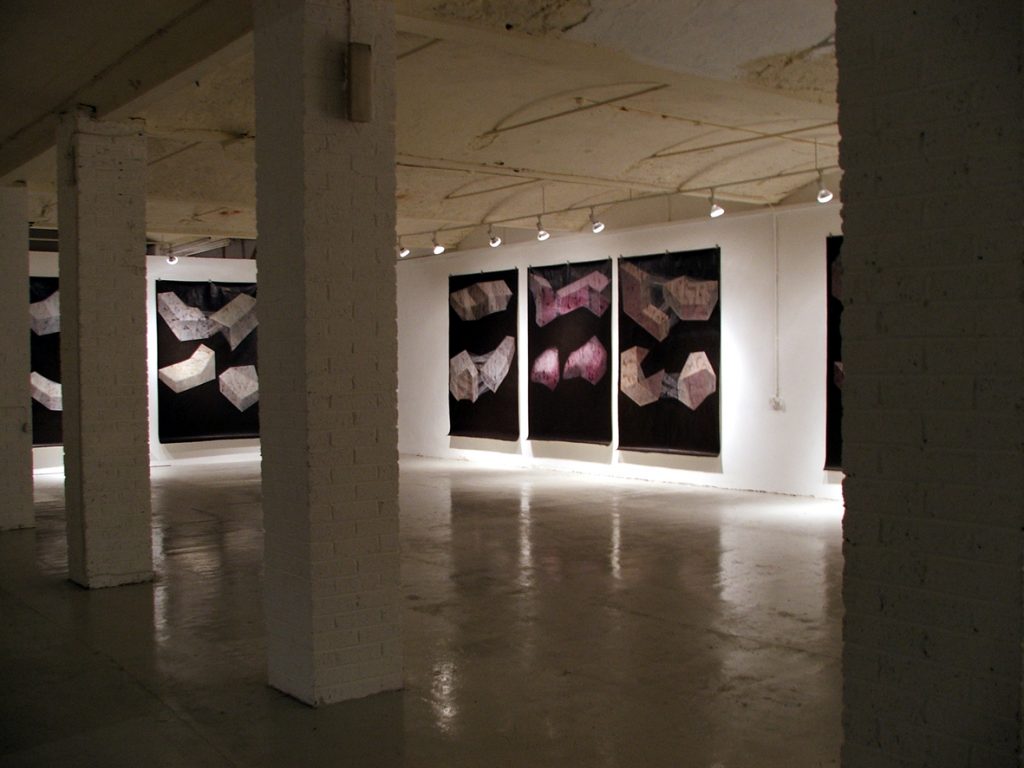 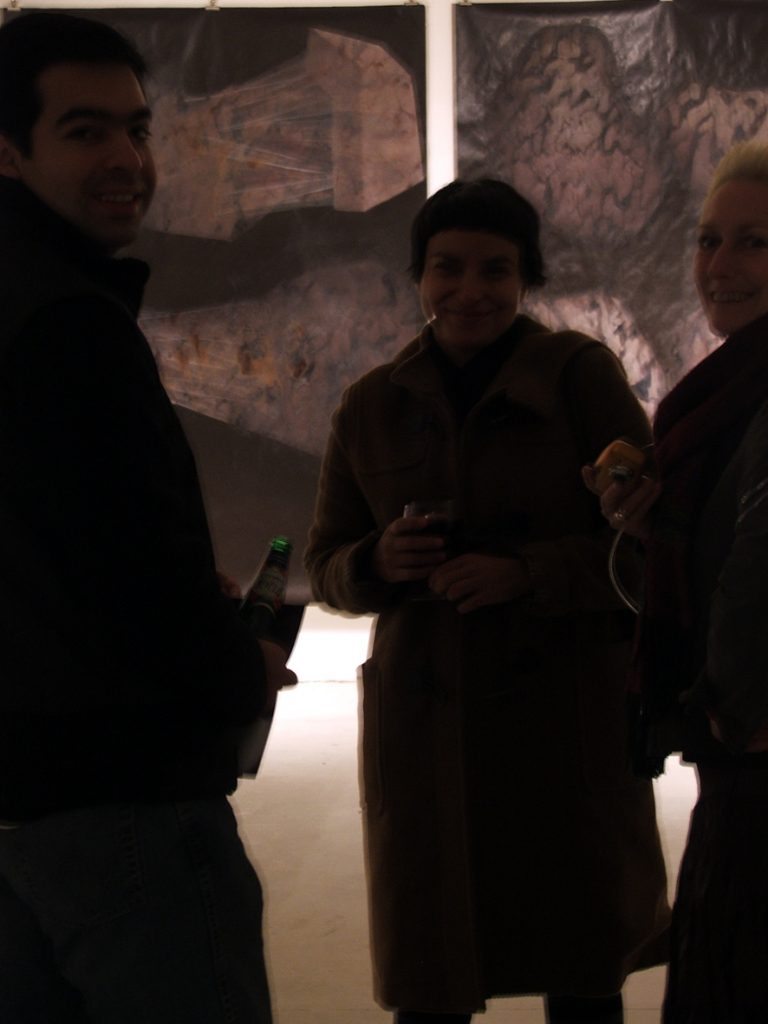 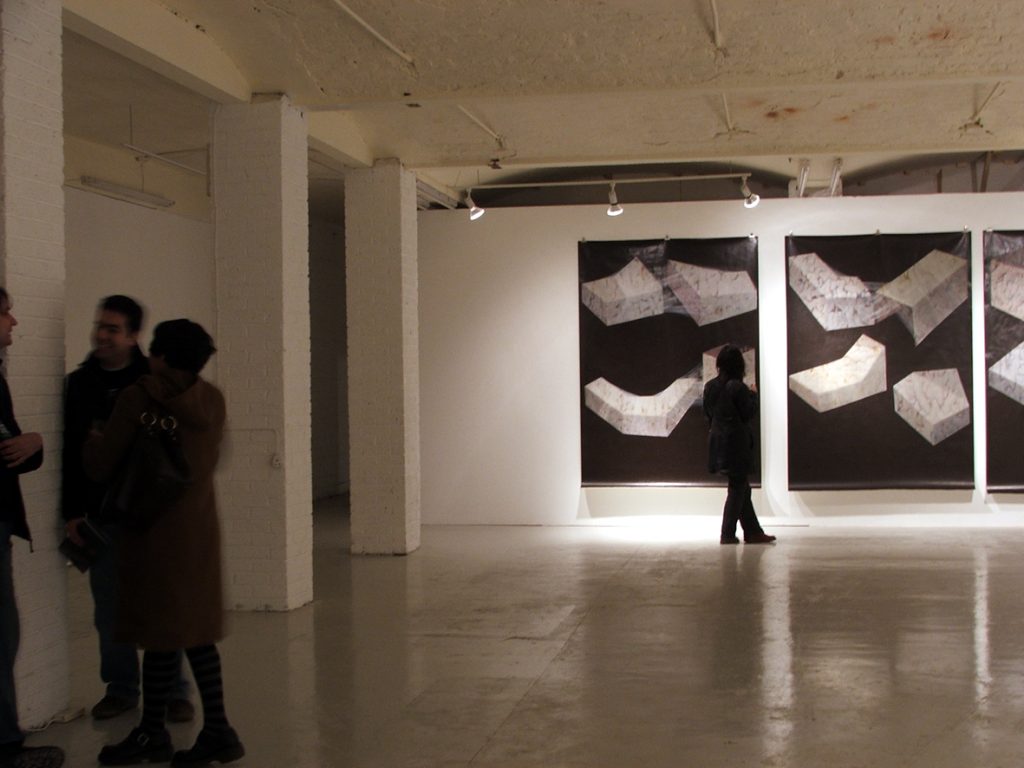 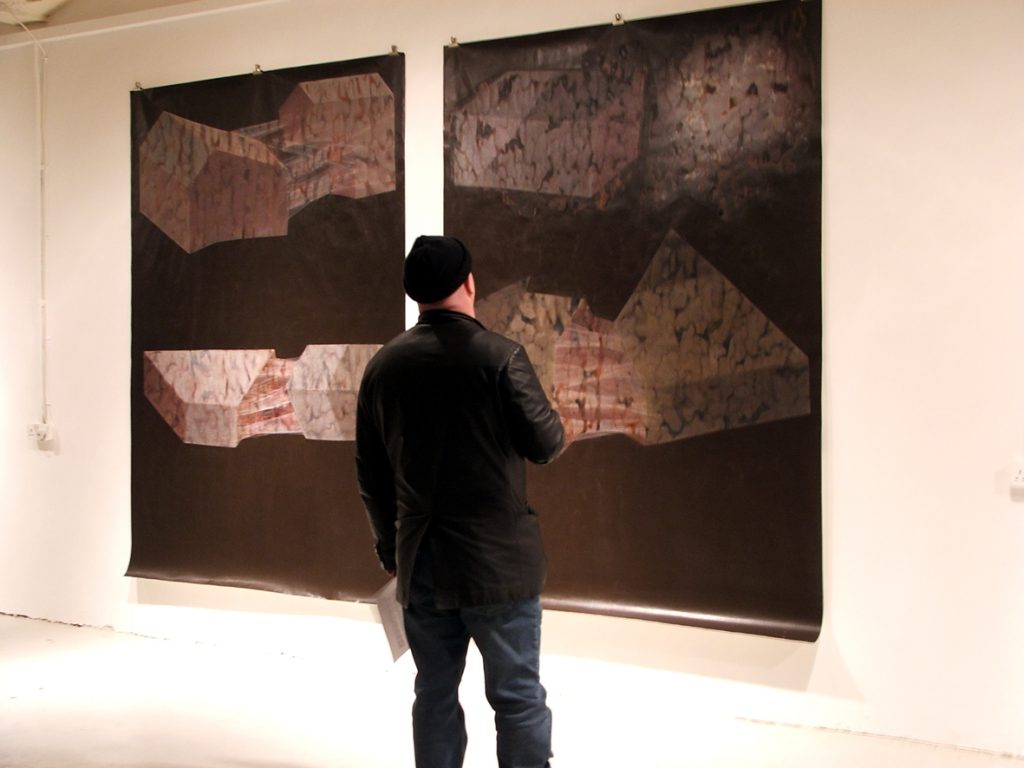 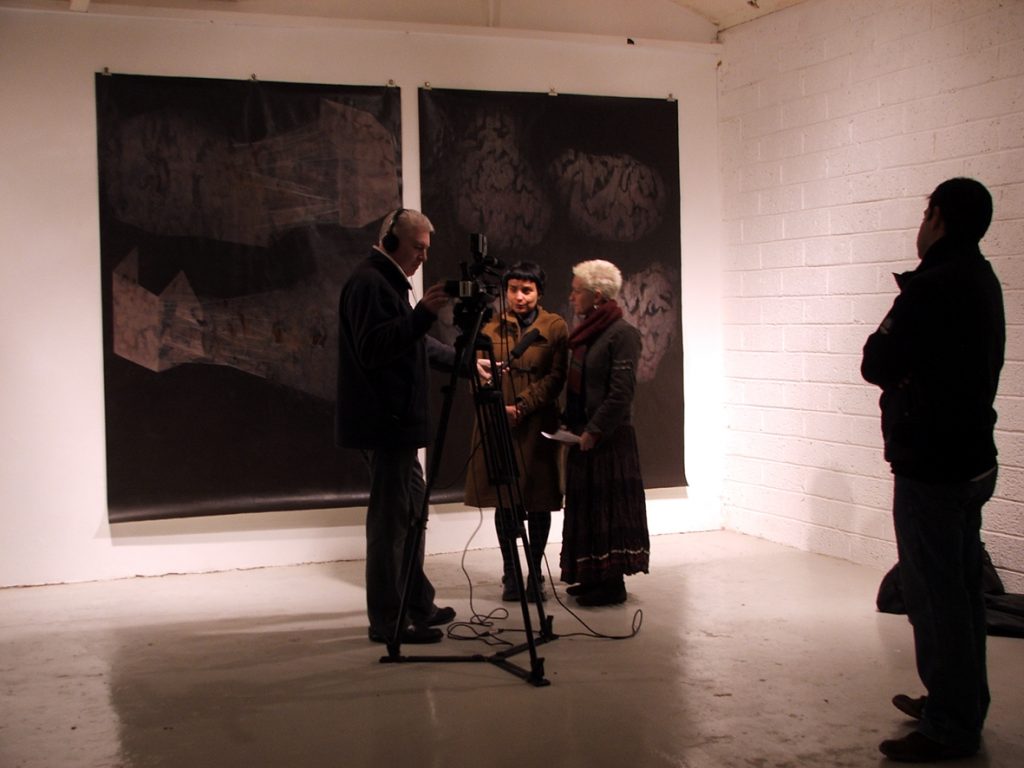 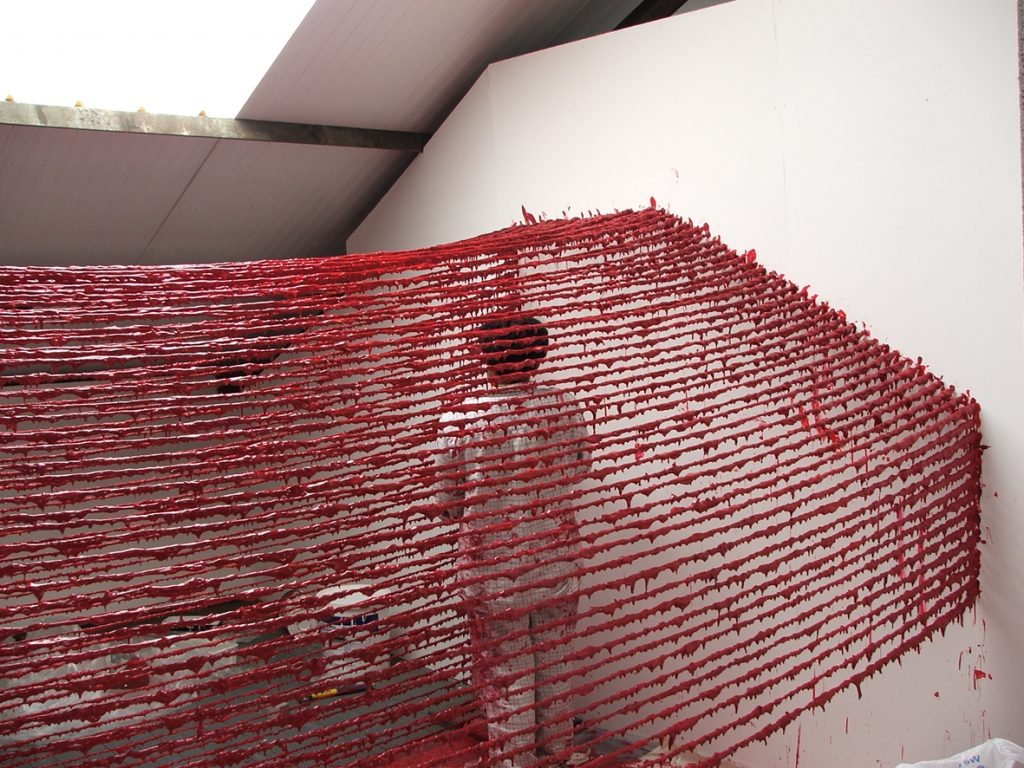 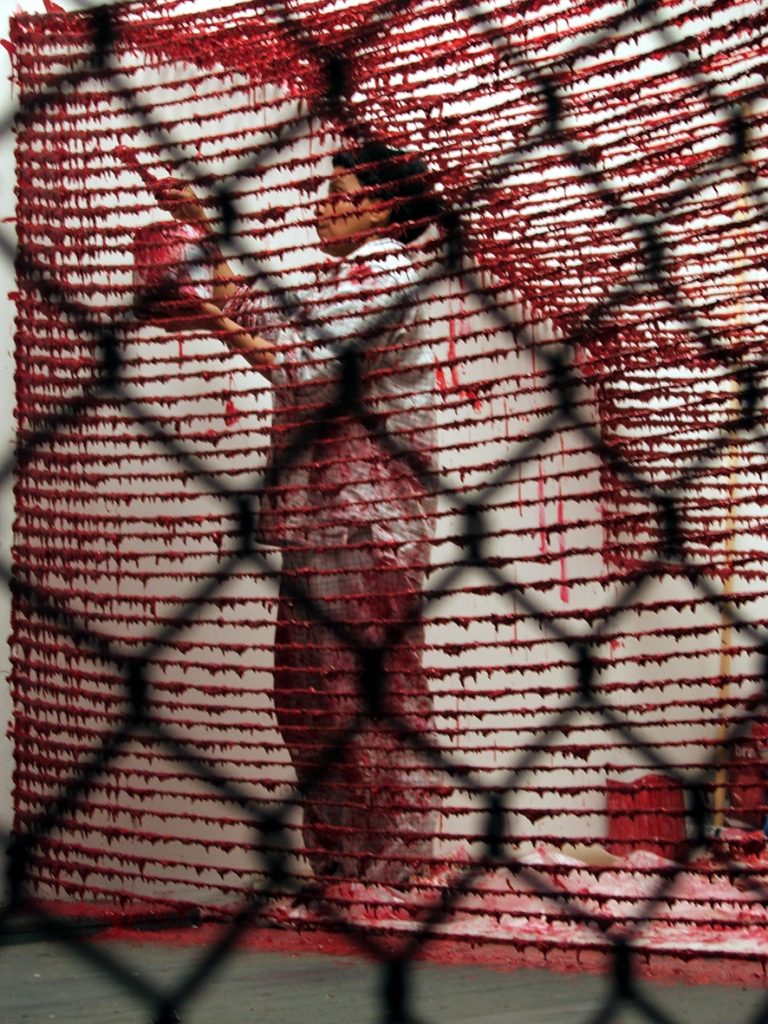 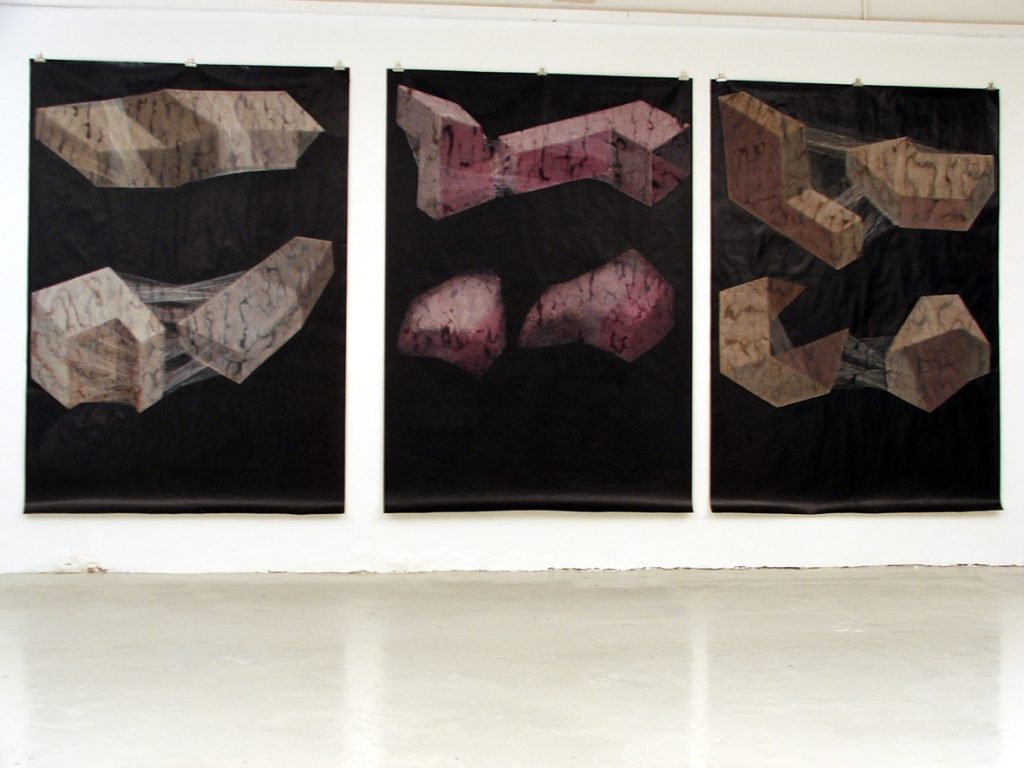 The Golden Thread Gallery cordially invites you to join us in the launch of 2006 -2077, a major solo exhibition of new paintings by Delcy Morelos, an artist living and working in Columbia. Morelos is of Indian descent, born in an area of the Columbia where violence has been present for decades, Morelos moved to Bogotá in the early nineties to pursue her career. It was during a Visiting Arts research trip to Bogotá that I was introduced to Morelos and her use of colour as a specific primary element in the realities and meanings of human society. Although the paintings in the exhibition appear to be purely abstract at first glance, there are a number of underlying issues that add depth and meaning to the work. In a previous series of paintings, Color que soy (color that I am), she used colour in her paintings to suggest the links between colour and culture. The muted reds and browns that permeated the canvas are based on the skin tones of her close friends. The new paintings, created for the 2006-2077 exhibition, present an audience in Northern Ireland with a unique opportunity to experience her use of colour both as a protagonist and as a conceptual factor. These paintings will be particularly relevant to North Belfast. As Morelos states in her own words: “Coming from a country, Colombia, that has lived through decades of uncivil violence, my work has been a constant attempt to engage and process that reality through the medium of paint. Since the violence in Colombia has to some extent been normalized for the many who don’t experience it directly (although everyone experiences it indirectly), I attempt in my work, to re-charge, or re-connect the relationship between the public and the violence, to de-normalize the violence and render it somehow once more direct for the viewer.” Morelos will be the International Artist in Residence at Flax Art Studios, Belfast during February and March 2006 as part of their ongoing International Residency Programme, for further details www.flaxartstudios.org. Morelos has had solo exhibitions at Myto, México; Galería Alonso Garcés; Museo de Arte Universidad Nacional; Galería Carlos Alberto González; Alianza Colombo-Francesa, Academia Superior de Artes de Bogotá; Galería El Museo; Bogotá D.C. – Colombia. Morelos has also had work shown at the Museo de Arte Moderno de Bogota; Museo Nacional de Bellas Artes; Buenos Aires, Argentina; Museum of Contemporary Art, Helsinki, Finland; APEXT ART, New York; Museo de Arte Moderno de Bogotá; and in the VI Bienal De La Habana, Cuba. Schools, colleges and community group visits to the gallery are welcomed.