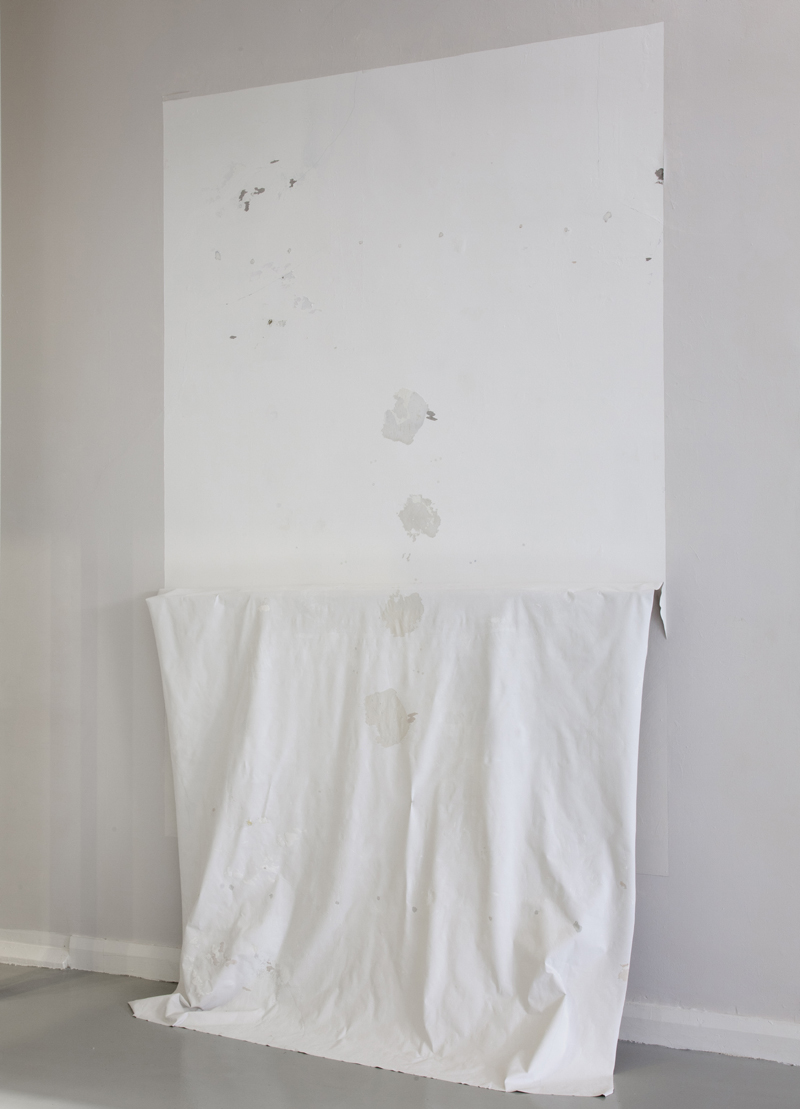 Colin Darke will be conducting a reading and writing workshop, in two parts, on 9 and 16 June, considering the questions surrounding painting that are raised by the exhibiting artists.

Day one will look at relevant paintings from the second half of the twentieth century until the present day – work which is driven by process and the problematics of completion.

Texts around these issues will be read and discussed as a group, along with criticism and critical theory.

In the week between the two sessions participants will write responses to the exhibition, which will be presented and discussed by the group during the second session.

These pieces of writing will subsequently be displayed in the Golden Thread.

Featuring four artists whose process is inherent to their practice, ‘After An Act’ questions when an art work is truly completed. Perhaps it is an exchange between viewer and work that completion is found, though this itself posits the suggestion that it is only when the work is being actively looked at that it is in a state of completion.

It has become customary to look at performance art and question whether the art can only exist in the ephemeral moment and if it becomes something else in the recording or documenting. ‘After An Act’ suggests that these questions are equally pertinent to any works.