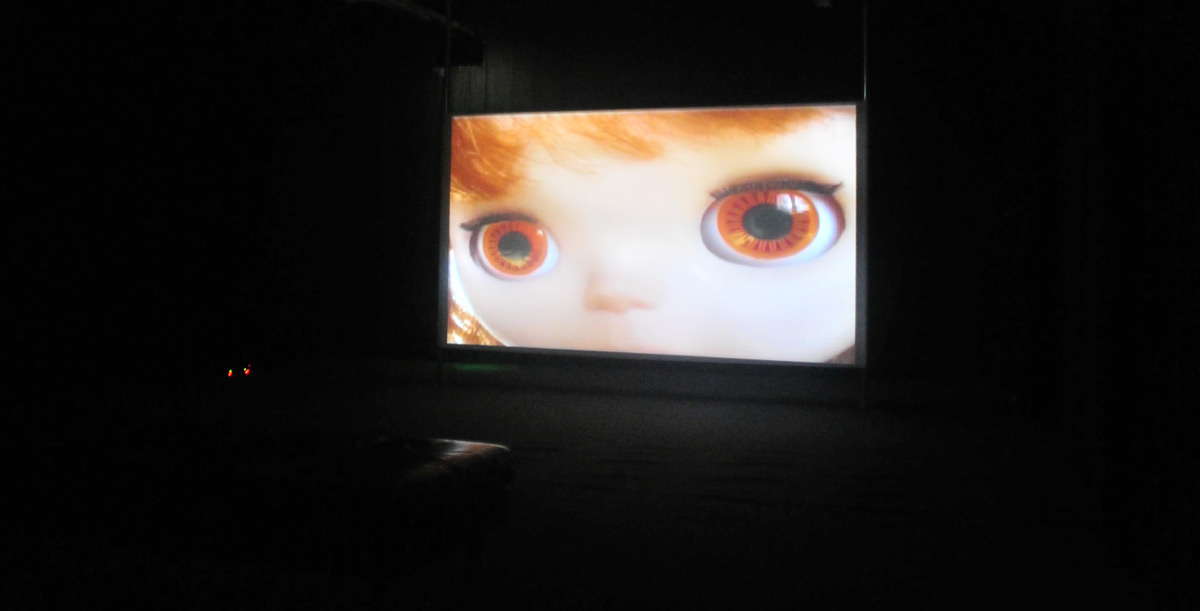 Date: 02/02/2016
TIME: 1-2 pm (Talk) Stefania Miscetti and Manuela Pacella
2pm – 3pm (Discussion) with Emma Campbell, Sara Greavu and Daniel Jewesbury.
We will be joined by both Stefania Miscetti and Manuela Pacella in a discussion about the SHE DEVIL project, with contributions from artist and invited guest curator Sara Greavu, artist/activist Emma Campbell and artist/writer Daniel Jewesbury.
The SHE DEVIL project was created in Rome in 2006 by Stefania Miscetti and involves artists and curators, both Italian and international. The project has embraced both emerging and established artists who work with moving images. The various works and the different critical perspectives coexist within a discourse of many voices, in which emerge the multiplicity of worlds and visions.
Manuela Pacella
Manuela will give a brief introduction to Stefania Miscetti and her role in the Roman art scene. She will also discuss her own involvement with SHE DEVIL, since the 3rd edition and
how the connection with Belfast and the idea to let the project travel evolved.
Stefania Miscetti
Stefania will talk about the origins of SHE DEVIL, its history and its development. She will also discuss the reasons for and the importance of organising new editions and the new formula which lets it travel and grow, adding new points of view from other countries and cultures.
Daniel Jewesbury
Daniel Jewesbury was born in Crystal Palace, went to art college in Dublin and is a Belfast-based renaissance dogsbody: artist, writer, lecturer, researcher, editor, curator, broadcaster and veteran political organiser.
Most recently he’s been making performances, curating an exhibition in Dublin, planning another exhibition for late 2016, and editing publications for partners including 126 Artist-Run Gallery in Galway and Fingal County Council Arts Office, in Dublin.
SARA GREAVU is Curator (Public Programmes) at CCA Derry~Londonderry. She has initiated and delivered a wide range of projects in both institutional and independent frameworks, including events, exhibitions, and public programmes. Recent curatorial credits include Between a Dog
and a Wolf with Sarah Browne, Andrea Francke’s Play Laboratory project, and the exhibition Of Other Bodies. She holds an MFA and a PhD from Ulster University.
Emma Campbell
Originally from Belfast, studied Documentary Photography at Newport until 2000, after which she relocated to London to work in the photographic industry for over a decade. Emma gained a Masters of Fine Art in Photography from the University of Ulster and is presently doing a practice-based PhD researching the impact of women’s documentary photography in the UK.
Emma deals with gendered themes in her personal work and is interested in work that deals with similar questions peculiar to a feminist perspective. Previously she has explored the portrayal of female adolescence, the diary as an exploration of family identity, the masquerade of gender in photography as well as social and political issues that directly affect women.
SHE_DEVIL_in_Belfast_Curators_Introduction