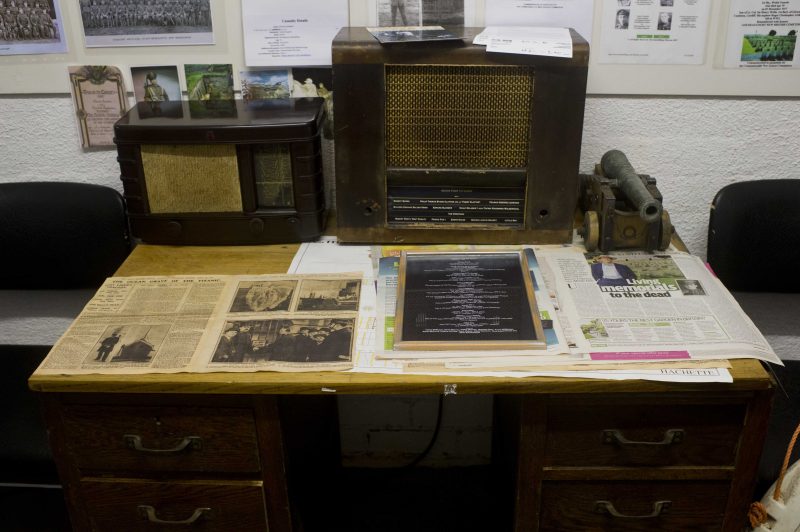 Radio Relay is a programme of new artworks co-commissioned by Golden Thread Gallery and 14-18 NOW, a major cultural programme taking place across the UK to mark the centenary of the First World War.  Radio Relay tunes into the magic of radio and connects to the past with new commissions from Graham Fagen, Paddy Bloomer, Colm Clarke, Gareth Moore, Philip Hession, Sara Morrison and Mhairi Sutherland.

The project was officially launched on Friday 17th June 2016 and most of the activities took place the weekend before the Summer Solstice at Divis & the Black Mountain, Grey Point Fort, Giant’s Ring, Golden Thread Gallery, the Gatehouse at Templemore Bathhouse and the Mona Boat on the Lagan.  In case you missed Radio Relay first time round we have asked the volunteers at Grey Point Fort to keep The Garden by Graham Fagen and PRONTO by Mhairi Sutherland open to the public until the middle of August 2016.

A FREE BUS will leave from Golden Thread Gallery at 12 noon on 13th August returning at 2.30pm for anyone who would like to visit the exhibition and experience the Radio Museum at Grey Point Fort.  Tel 028 90330920 or email info@gtgallery.co.uk to book your place now.

The exhibition runs at Grey Point Fort, near Helen’s Bay until 14th August 2016.  Opening times are Fridays to Mondays and Wednesdays: 10am to 5pm.

Radio Relay will tour selected NI Libraries between September and December 2016. Check in at  www.goldenthreadgallery.co.uk or like us on Facebook for up to date information.