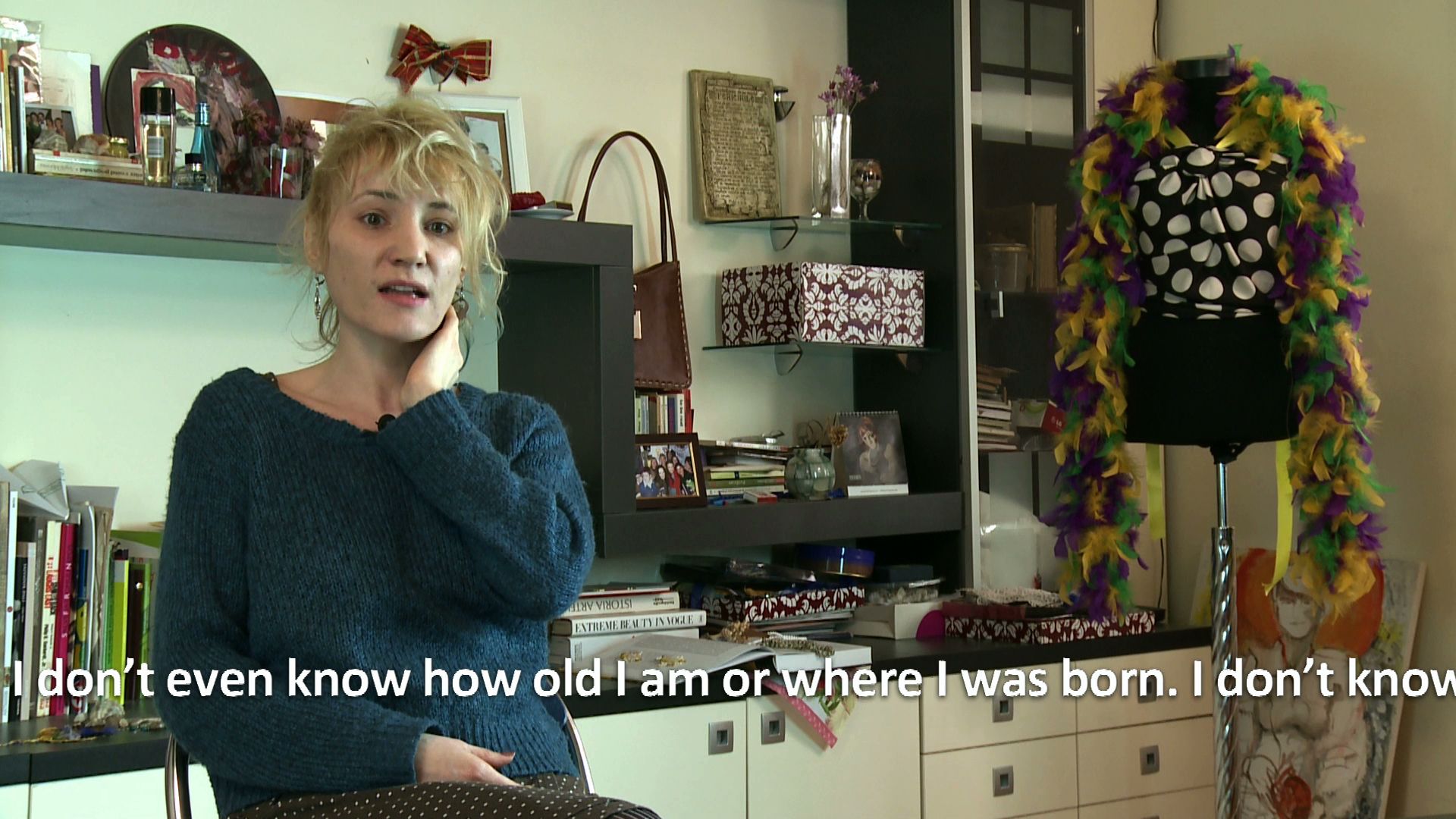 Join us as we welcome Anna Konik to Belfast on Thursday 6th August between 6.00 and 8.00 pm.

There will be a screening of work from her ‘In the Same City, under the Same Sky’ project, and an in conversation with Anna and Susanne Stich 6.30 – 7.00 pm with refreshments.

Anna will be on a research residency in Belfast throughout August, organised by Golden Thread Gallery on behalf of Draw-Down-The-Walls, as part of the INVISIBLE BARRIERS: MOVING IMAGES project.

‘I began the project In the Same City, under the Same Sky . . . in Stockholm (2011/2012), later developing it in Białystok, Istanbul (2013) and Bucharest (2014) as well as Nantes (2014/2015). These are the stories of women who have been entangled in the horrors of war — in places such as Somalia, Syria, Iraq, Turkey, Kurdistan, Afghanistan, Chechnya, Ingushetia, Congo, Palestine, Burma, Nigeria, Cameron… — and their forced emigration, and simultaneously a record of the twisted contemporary idea of racial purity and segregation, which is why several of them are about Roma women. In Stockholm I invited seven Swedish women to take part, in Białystok seven Polish ones, in Istanbul seven Turks, in Bucharest seven Romanians and in Nantes seven Frenchs. I recorded the stories of migrant women, whom they didn’t know. I then asked the local women, sitting in their apartments, to recount for the camera the migrants’ stories; I wanted them to attempt to empathise with the fate of the other, the Alien. The women traded places: those who had never experienced war and social exclusion allowed the others to come into being by telling their stories out loud. In the films they lend them their faces, voices and proper pronunciation, and their apartments become a metaphor for the unfulfilled dreams of these Aliens — women of painful experiences, who want more than anything a home, a feeling of security and understanding.’

This is a Creative Belfast project funded by Belfast City Council and the Arts Council of Northern Ireland through the Creative and Cultural Belfast Fund.