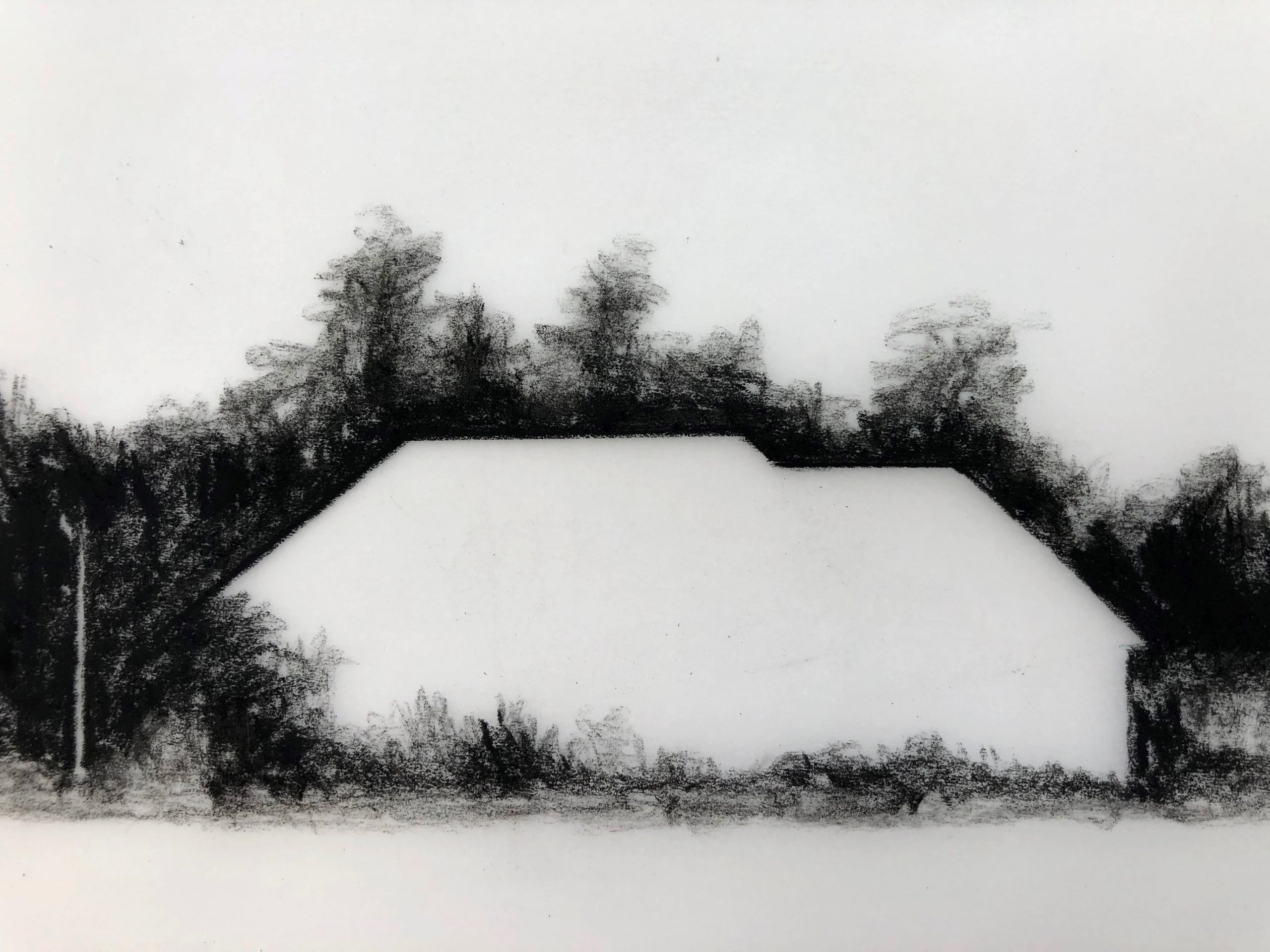 The Salt House
A solo exhibition by Sharon Kelly

The Salt House is an exhibition of new work by Sharon Kelly which grew from her discovery of a box of small black & white photographs taken by Kelly’s parents in the early 1960’s.
The title image offers multiple versions of an out-of-bounds building housing piles of salt, situated at a railway track across the field from where the artist grew up in the West Country, England. Memories of the salt house became the catalyst for pondering the past. Kelly has drawn on memory and recollections to explore ideas around the nature of personal memory, space and childhood. The resonance of salt in the process of preservation is significant for Kelly. The form of the salt house is suspended within an imaginary world. Contouring a form through charcoal reveals a ‘negative space’, what is invisible can be made visible through drawing. The Salt House draws together subject matter, materials and process.

Kelly’s practice focuses and gravitates around drawing, incorporating moving image, stop-motion animation, painting and print. She often explores themes relating to the human condition; experience, memory, presence, absence and loss in her work. The idea of how we remember as we age and the intimate associations of daily toil, processes and structures is explored through everyday objects such as the clothes horse / airer and the fabric surface of a tea towel.