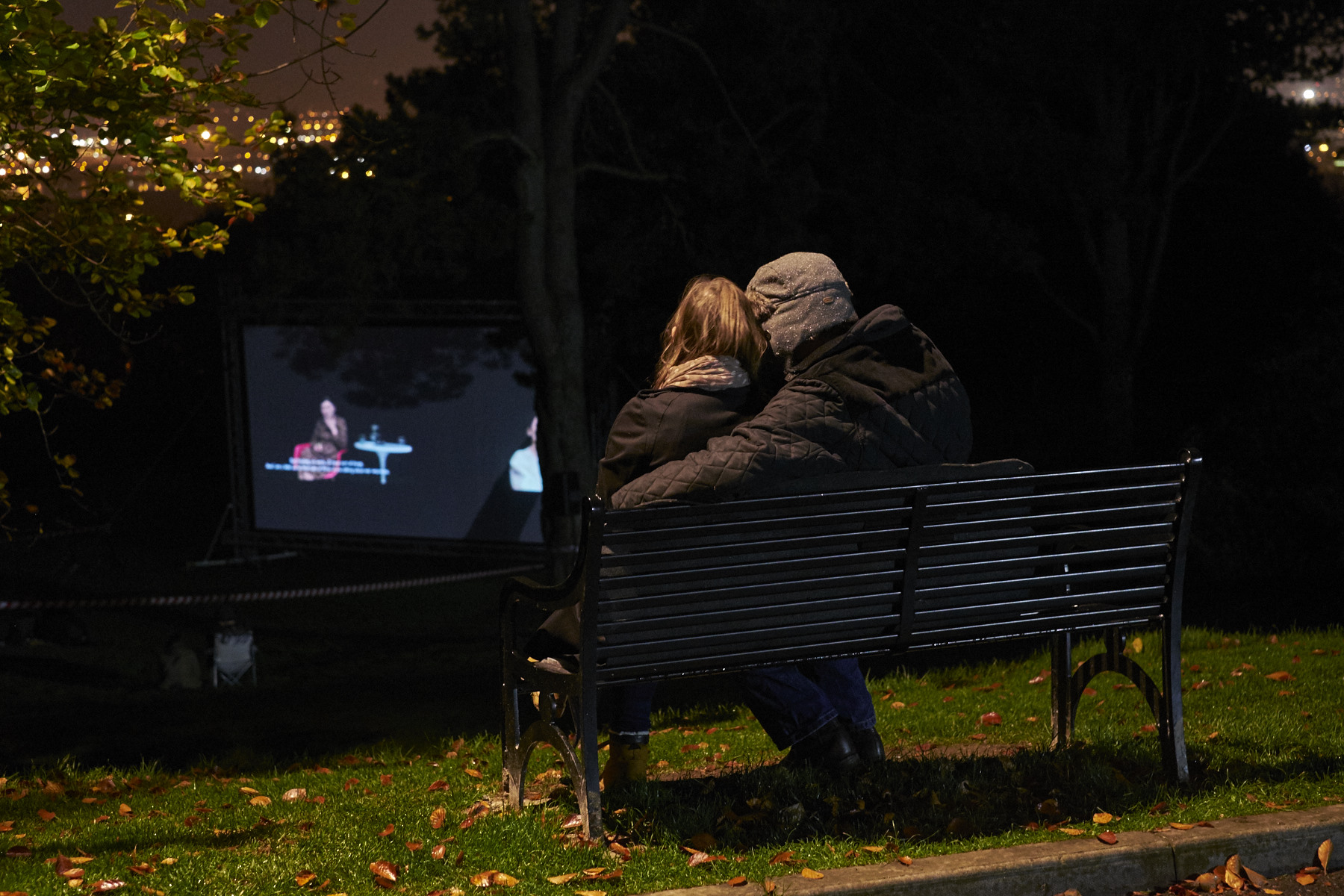 When the physical barriers that continue to divide communities have such a visible presence, it is of no surprise that it can be difficult to shift our attention and focus on the barriers that are not so immediately obvious. As prominent as they are, these physical barriers: walls; gates; roads; are by no means the only barriers to participating in society today.

Starting from that, the project culminated in a programme of five triple-bills, each consisting of a moving-image artworks, a mainstream film and a community collaboration film, with each contributing to an interrogation of issues relating to the theme of invisible barriers.

To Kill A Mockingbird, The Hunger Games, Pride, Trading Places and Dr Strangelove were selected to surprise and entertain whilst maintaining the connection with the invisible barriers theme.

In April 2015, Draw Down the Walls commissioned artist Zhenia Mahdi-Nau to create 5 short films that responded to the theme of invisible barriers with groups and individuals from north Belfast.  The brief emphasized that these films should reflect their experiences and explore barriers that they identified themselves. Participating groups are: Marrowbone Youth Club, Lower Shankill Youth Group; Lower Shankill Adults; Golden Thread Gallery Summer School and the Participation and Practice of Right’s Right to Work, Right to Welfare campaign.

The triple-bills were presented in collaboration with the Belfast Film Festival at: Belfast Harbour Commissioners Office; a series of Drive-in-Movie screening at the Hillview Retail Park carpark; and a Outdoor Projection in the grounds of Belfast Castle.