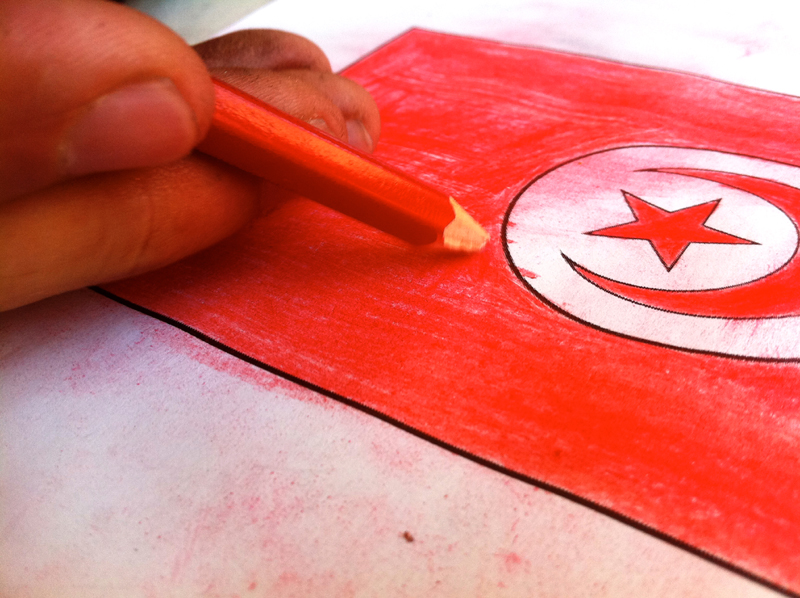 Imagined Communities is an exhibition that brings together works by a diverse set of established and emerging artists from around the world. Featured artists are Inbal Abergil, Jude Anogwih, Rachel Bacon, Khaled Barakeh, Colin Darke, Shilpa Gupta, Nada Prlja, Judite dos Santos, Alejandro Vidal, Cheng-Ta Yu, Kai-Oi Jay Yung, and Carla Zaccagnini. The show is curated by Miguel Amado and draws on his ongoing research into zones of conflict across the globe in general and into the imagination of Northern Ireland in particular.

Imagined Communities examines nationalism from an ideological perspective as well as from the mythological narratives that build national identity. The title of the exhibition is borrowed from the 1983 book of the same title by the sociologist Benedict Anderson. Anderson advocates that a nation is a socially constructed community, imagined by the individuals who perceive themselves as part of a given society, and that this process takes place within the context of modernity. This thesis is explored through references to the symbols that shape the identification of a group with a common territory and history.

Imagined Communities includes works that address the typical elements, from flags to anthems, through which a nationalist feeling is formed in the collective unconscious. There are also works that look at monuments as a means to convey emotions and memories attached to systems of values, beliefs, and attitudes shared by a people. Allusions to military apparatuses, maps and separation barriers – such as walls – appear in works that suggest that uneven geographies play a key role in the development of nationalist enterprises. Migration movements are present in works that speak to the ambition for borderless countries characterizing the current age of globalization.