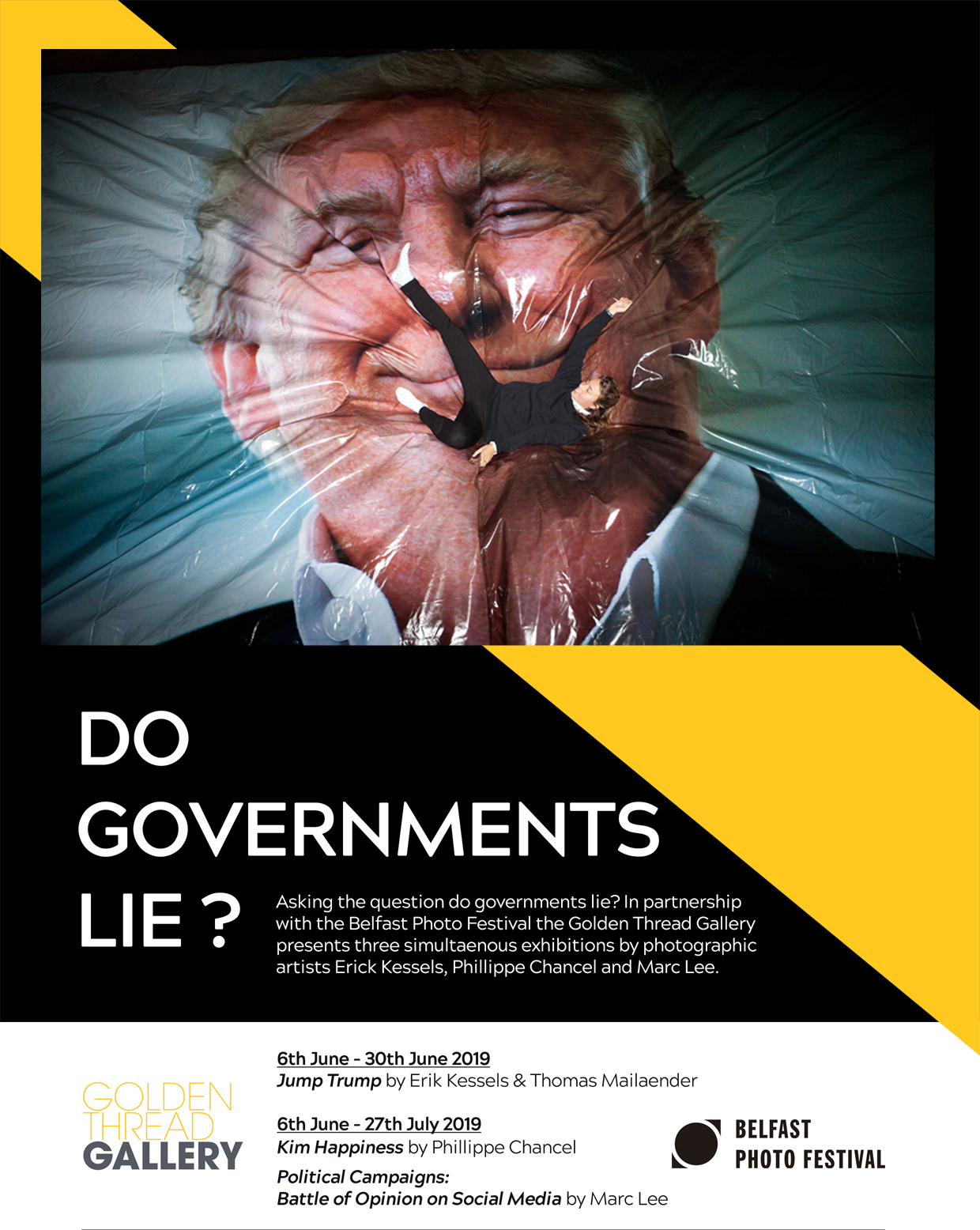 Asking the question Do Governments Lie? The Golden Thread Gallery presents three solo exhibitions by photographic artists Erik Kessels, Phillippe Chancel and Marc Lee. Each bringing their own visual perspective to a question that has a multitude of answers but is as relevant today as ever before

Here’s one you won’t want to miss, wholesome fun for everyone! This is the opportunity of a lifetime, the chance you didn’t know you’ve been waiting for. It’s time to take the leap and get the Jump on Trump. Get up in his face and tell him how you feel!

“Flashy despotism comes across as a kind of harmless chromo. But is it permissible to enjoy the beauty of the images, knowing full well that the decor conceals the suffering of a people? Is it possible for the photographer to impose the sensitivity and lucidity of his eye?

Philippe Chancel raises the question of the ethics of an image, not one taken from the news and the media, but right from its creation. He responds to the simulacrum by using an epic style whose aim is to work against the ‘aestheticisation’ of power. How should one react to the sense of awe that the Korean spectacle is designed to provoke?” Michel Poivert.

In recent months in Political Campaigns all over the world, the supporters of opposing parties have engaged in fiercely waged wars of images on social media. Elections have also long since ceased to be won on the street or in the traditional media— social networks have become the digital market place for political disputation.