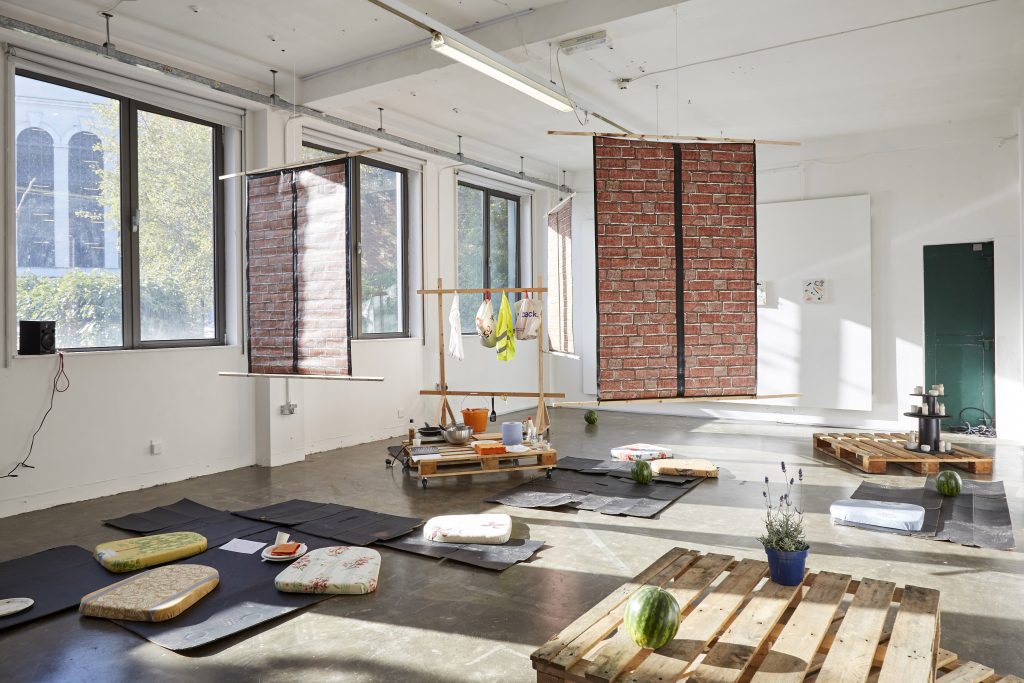 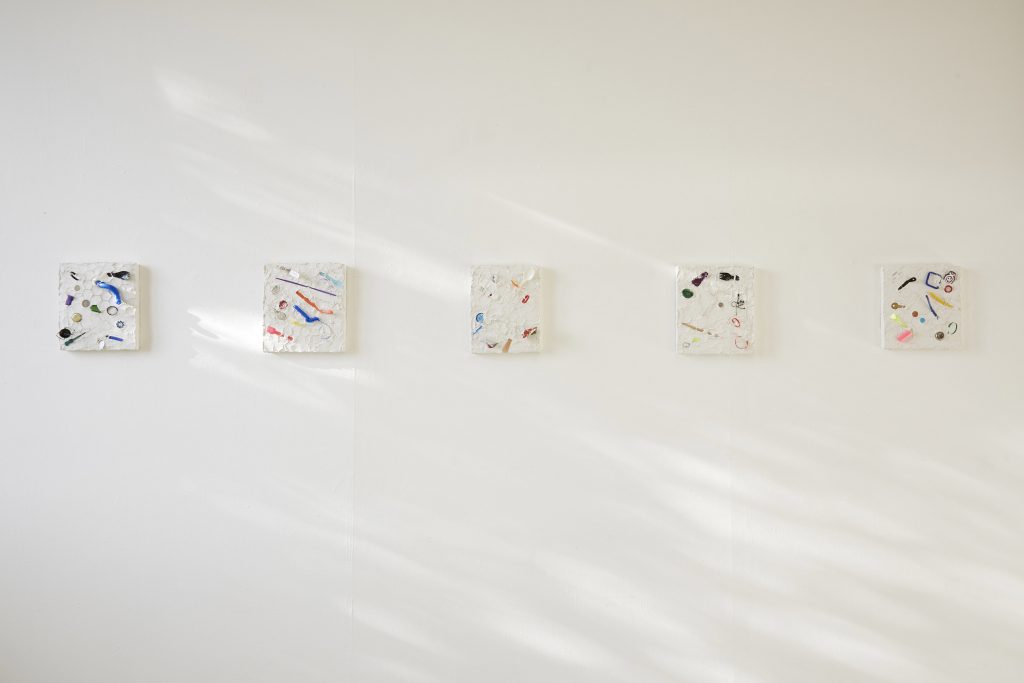 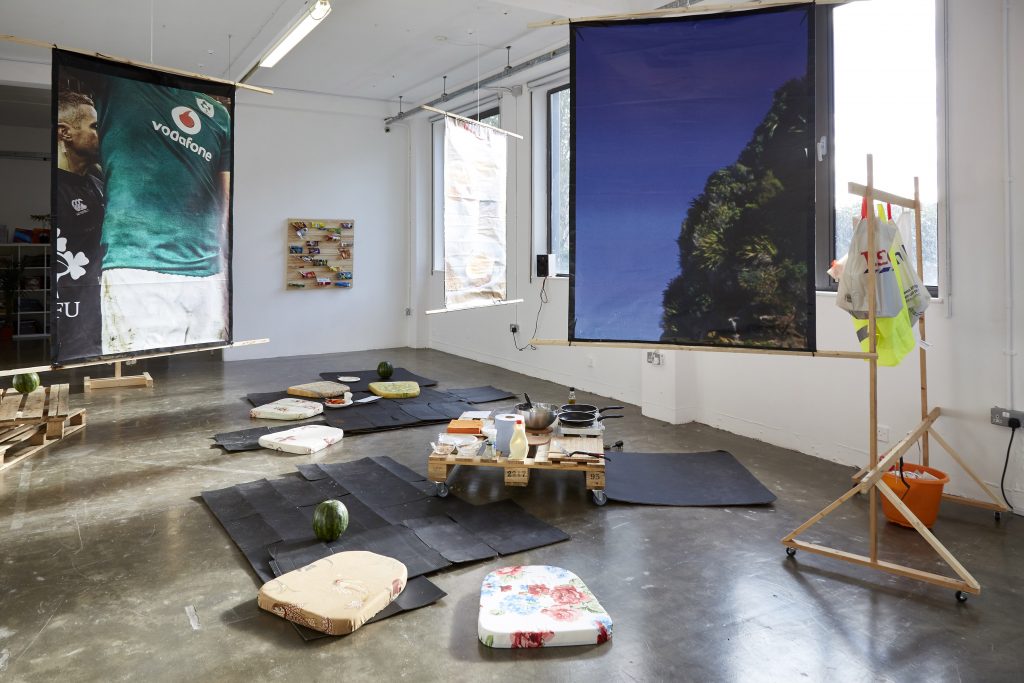 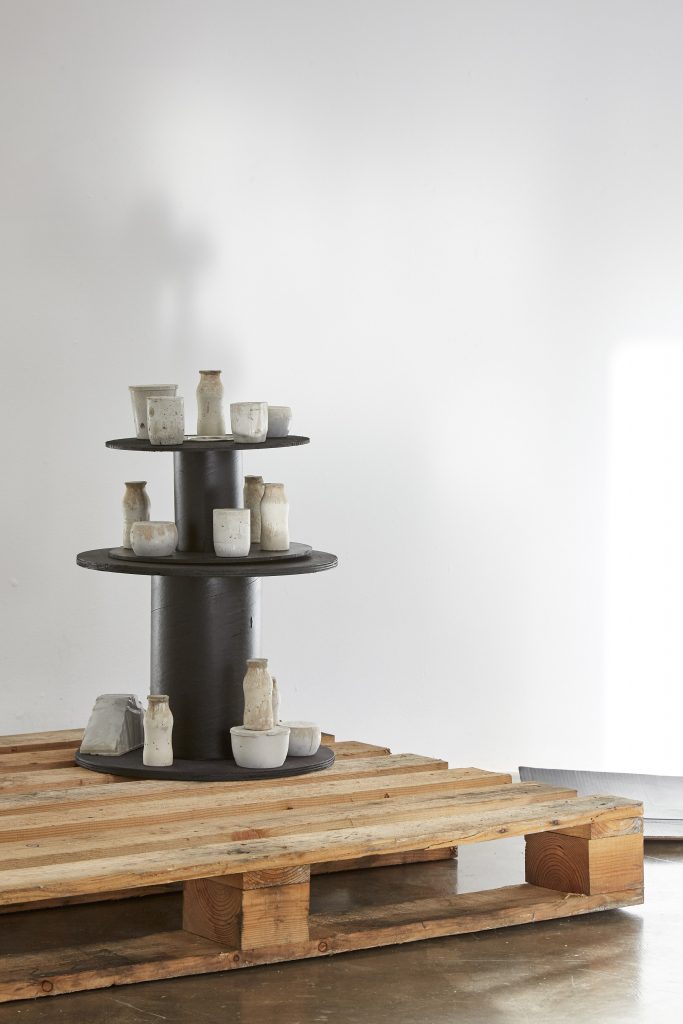 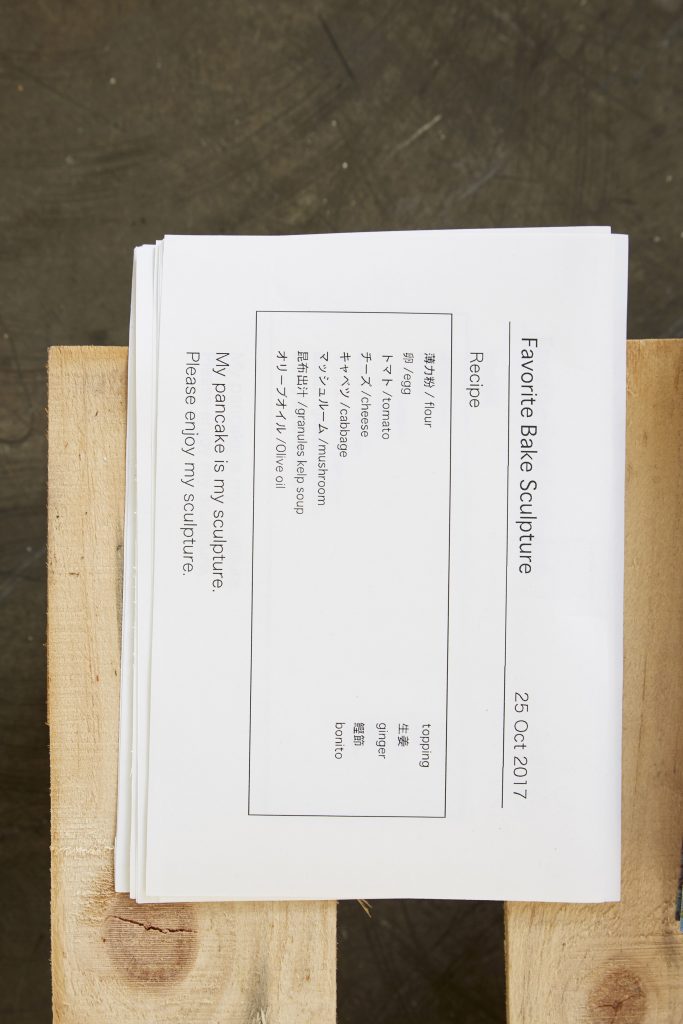 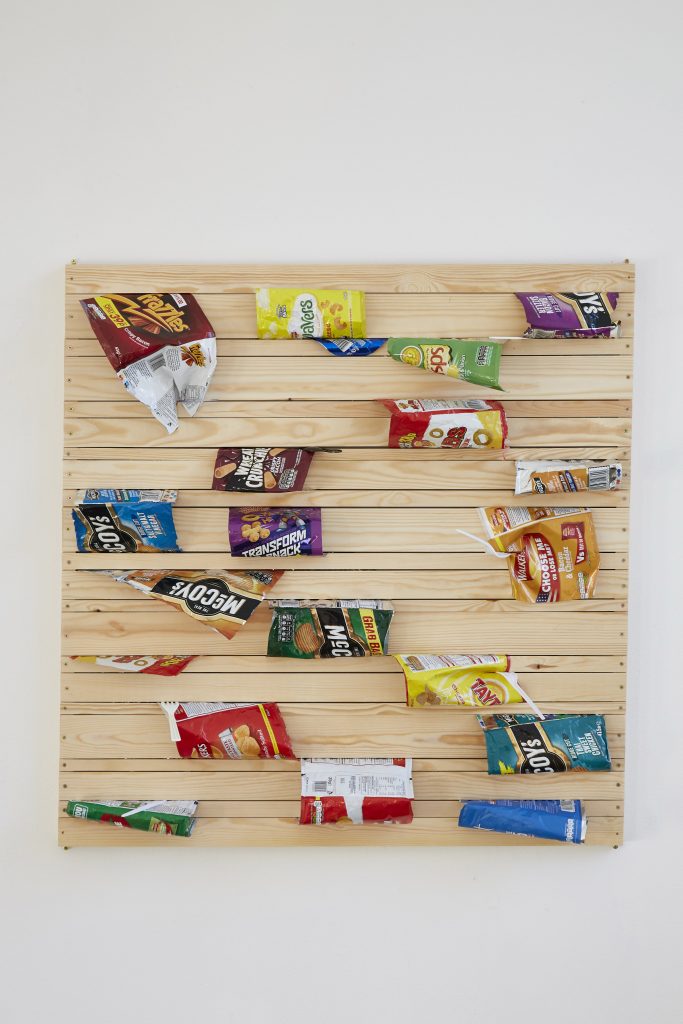 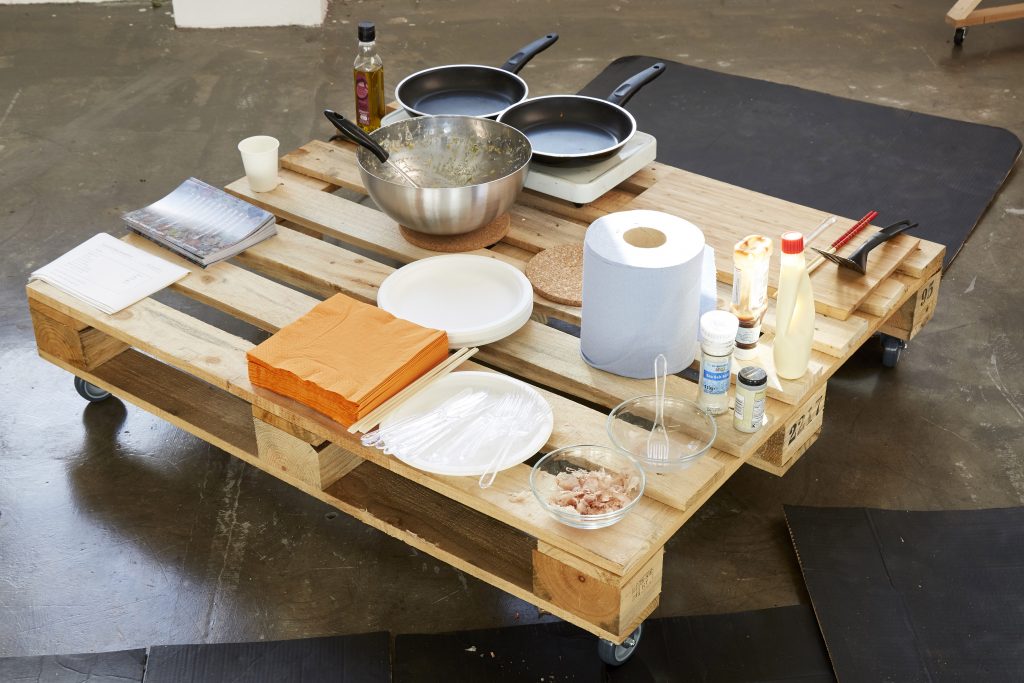 Yusuke Saito: During my residency at Flax Art Studios, Belfast, I have been interested in hobbies, taste, customs, habits, selection, traces and the aesthetic sense of people. These matters will be changeable depending on the experience I have of people. I found it interesting to know how people think having various experiences which I have never had. In sharing the difference between myself and others, we can notice something new.

During my time here, I have kept collecting rubbish on the street on my way to the studio. I found it really interesting that I could find many things I cannot see in Japan where I live. The rubbish has the traces of people’s lives. Depending on the amount, the kind and the area where I collected, there are various factors of characteristics, public peace and wealth disparity, I feel the reality of life from them. And I have wanted to make my works in response to my local experience.

In my solo exhibition I will show sculptures and collages which are composed with stuff which I have found in Belfast. I will also have a performance to cook Japanese-style non-sweet pancakes named ‘Okonomi-Yaki’ and serve them to the audience.  Generally Okonomiyaki doesn’t have a particular recipe apart from using the wheat flour for cooking with a frying pan. We will add favorite ingredients in it. That way it is quite similar with the way I make my sculptures. I also like the name of the dish, ‘Okonomi’ (= Favorite) + “Yaki”(= Fry).

As I have had various experiences for the first time in Belfast, I would be really happy if everybody could have the first experience of my works with eating the mysterious Japanese dish through various barriers of nationalities, languages, races and religions.