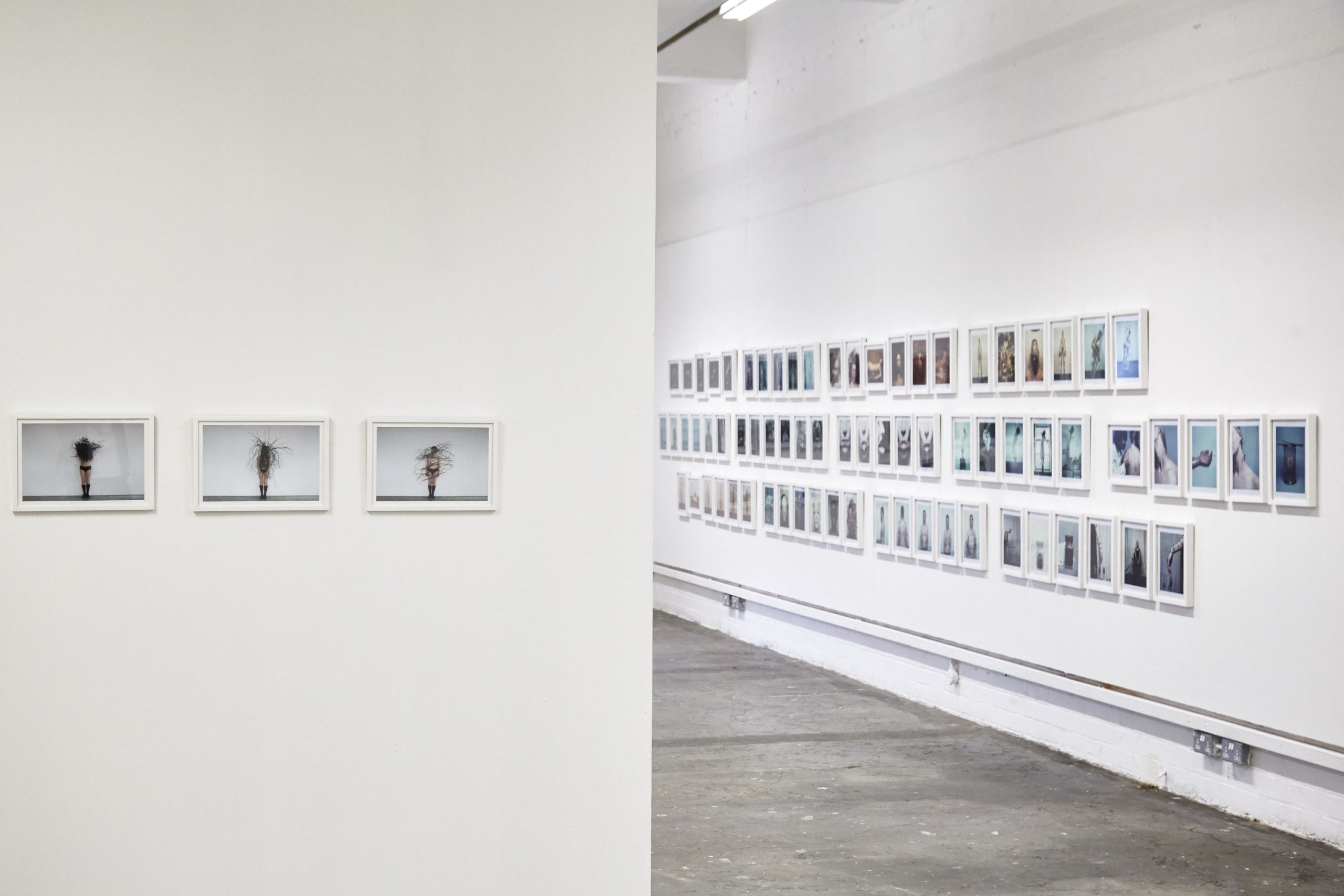 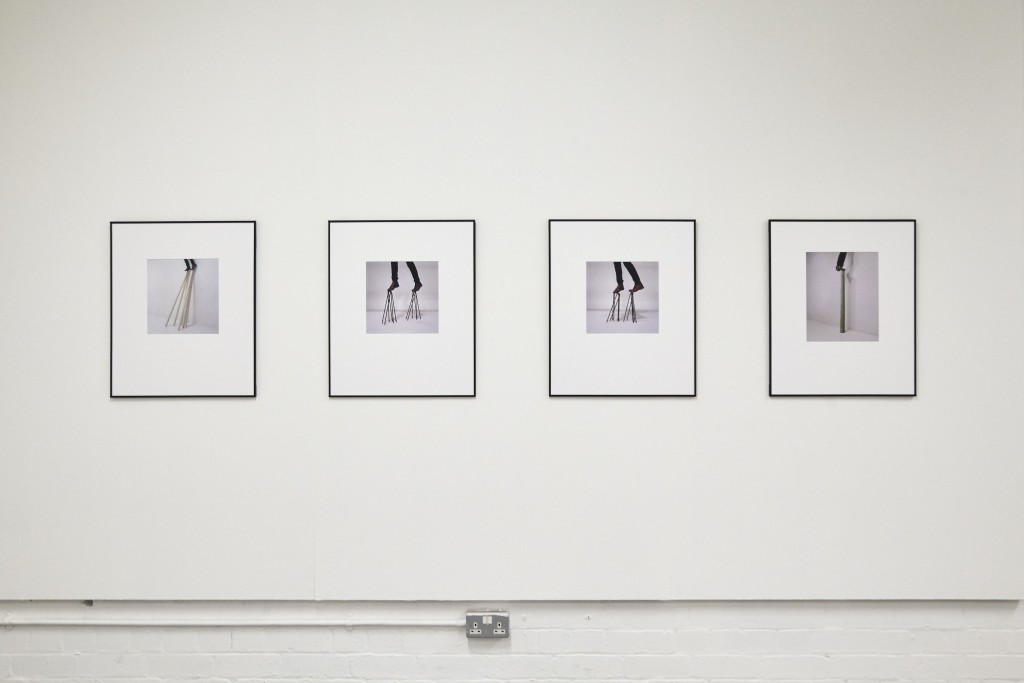 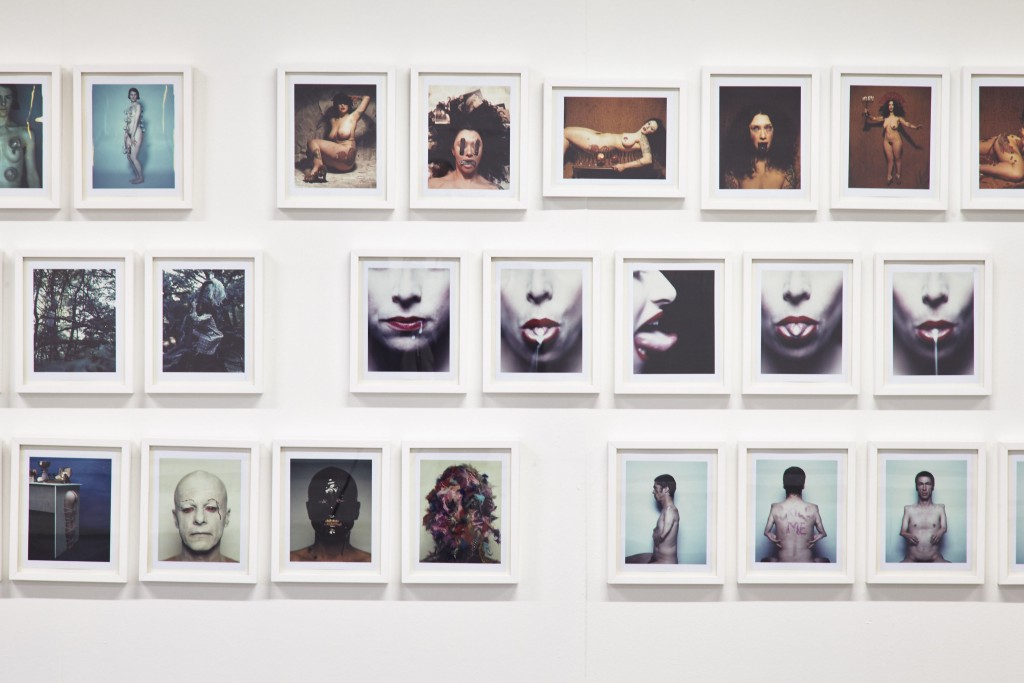 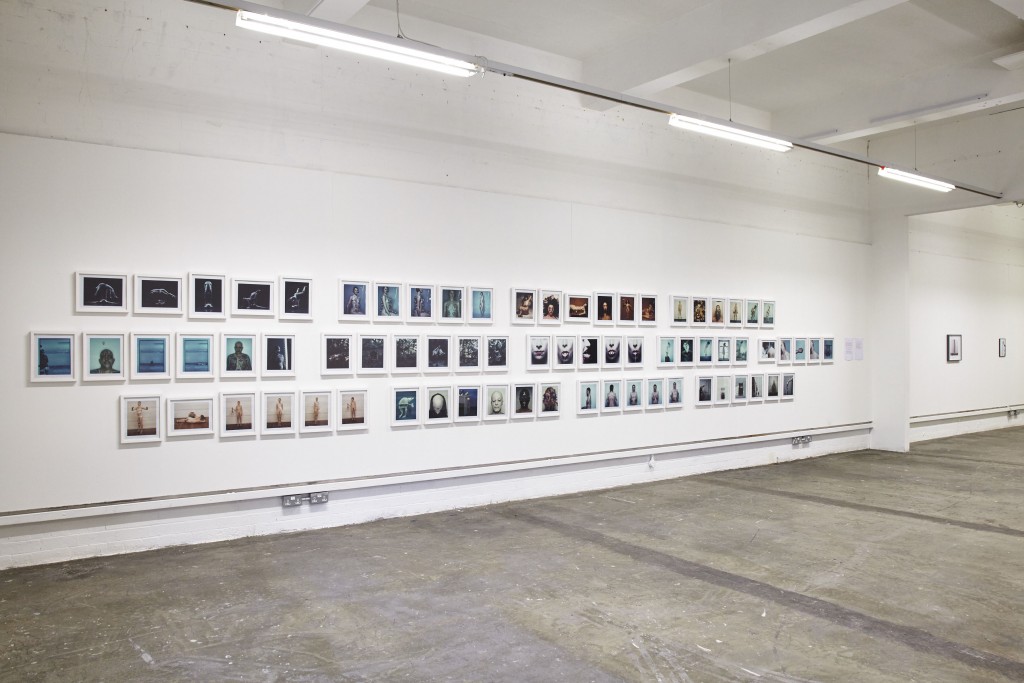 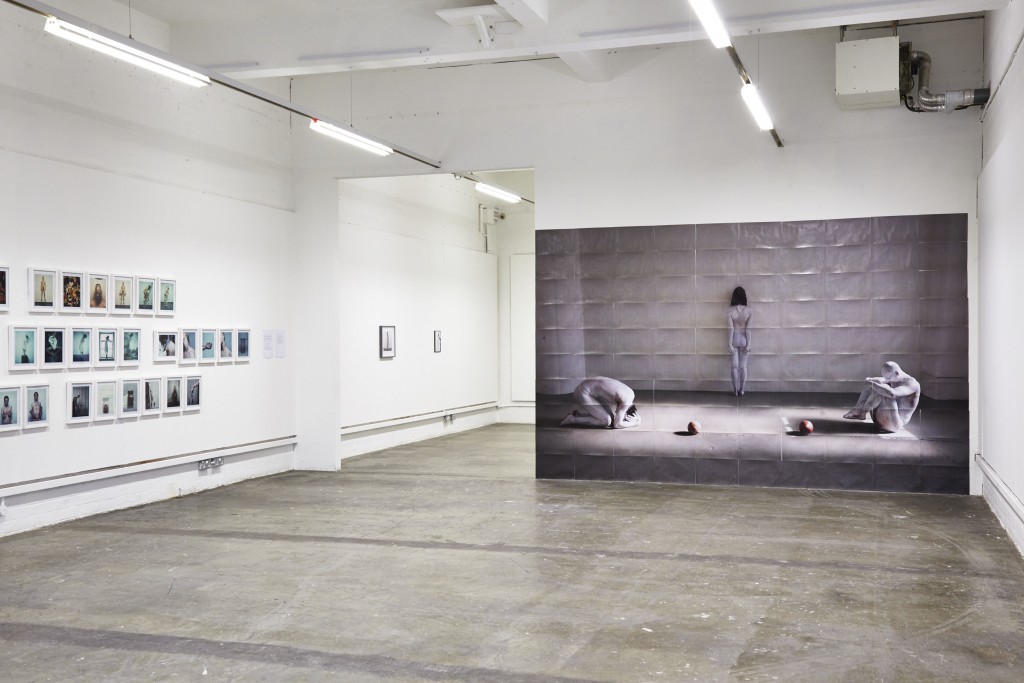 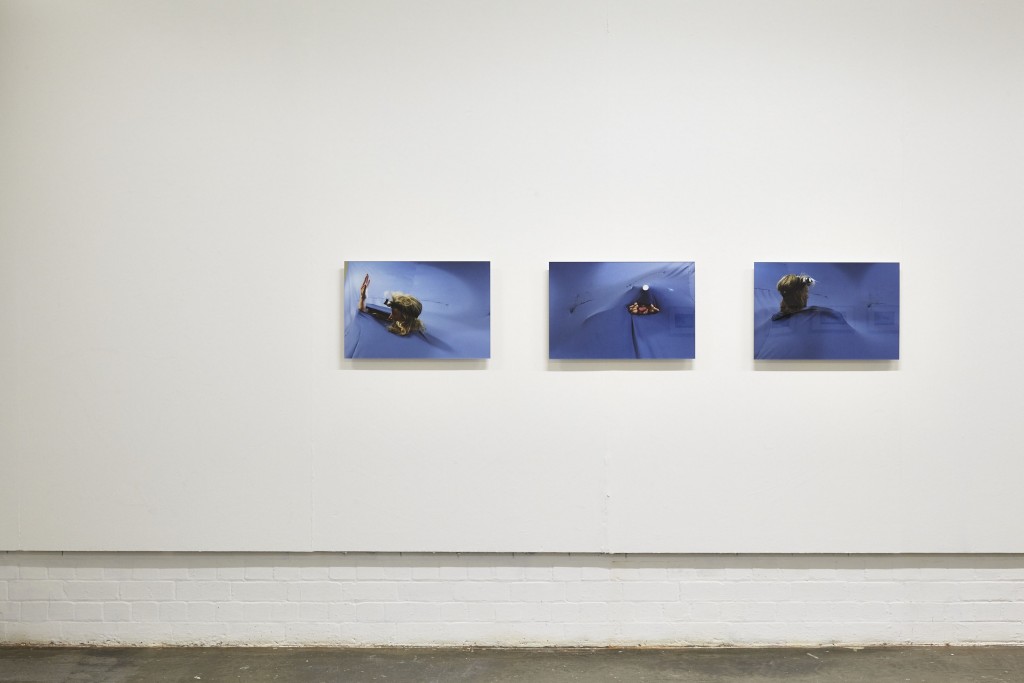 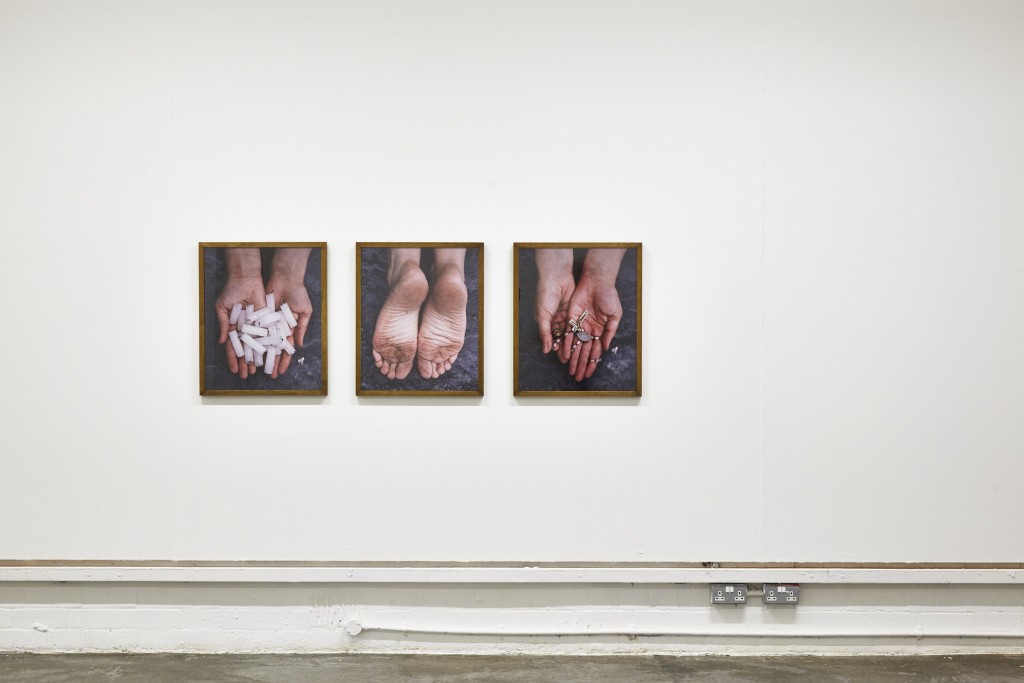 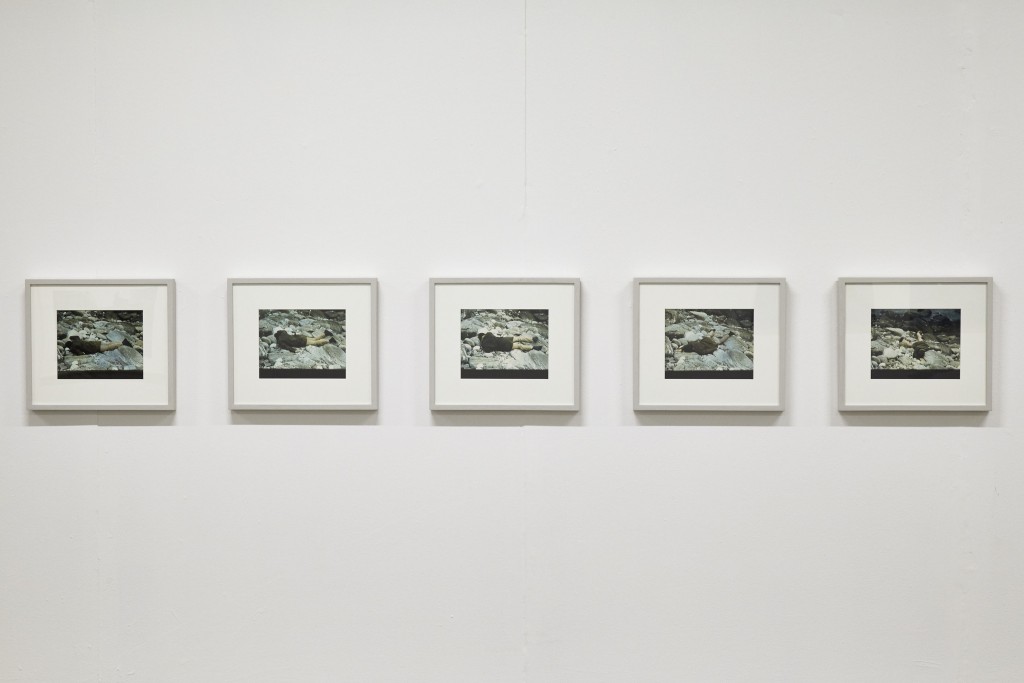 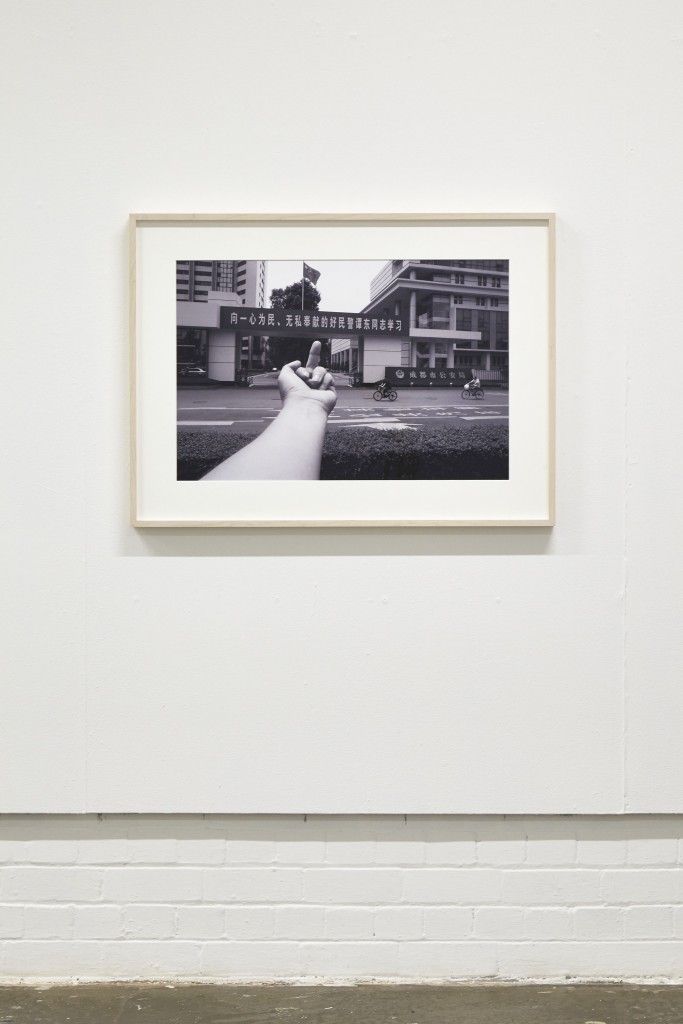 Featuring work spanning five decades by artists ‘To Camera’, is an exhibition of works that give evidence of the artist’s action, intervention and or performance.

The exhibition, is the first curatorial collaboration between Belfast Photo Festival and Golden Thread Gallery. To Camera offers an insight into a variety of artists’ practices that have employed the camera as a means of constructing visual representations, that fluctuates between the absurd, the irreverent, the poignant and the mundane.

‘To Camera’ focuses on photography’s relationship and interaction with performance. Where depending on the intention of the artist, the photograph has been used either for documentation or as a final work of art.

Between these two approaches is a difference in the perceived loss of a live event, which becomes less poignant when the photograph was intended to be the end product and avoids being reduced to the perspective of a photographic relic.

Looking at these two strands, the exhibition highlights the similarities and differences evident in these very similar but separate approaches to photography and performance.

The Golden Thread Gallery would like to acknowledge the financial support of the Arts Council of Northern Ireland and Belfast City Council and thank the Lisson Gallery, London and all the participating artists.