This is What Comes… Collective Histories of Northern Irish Art 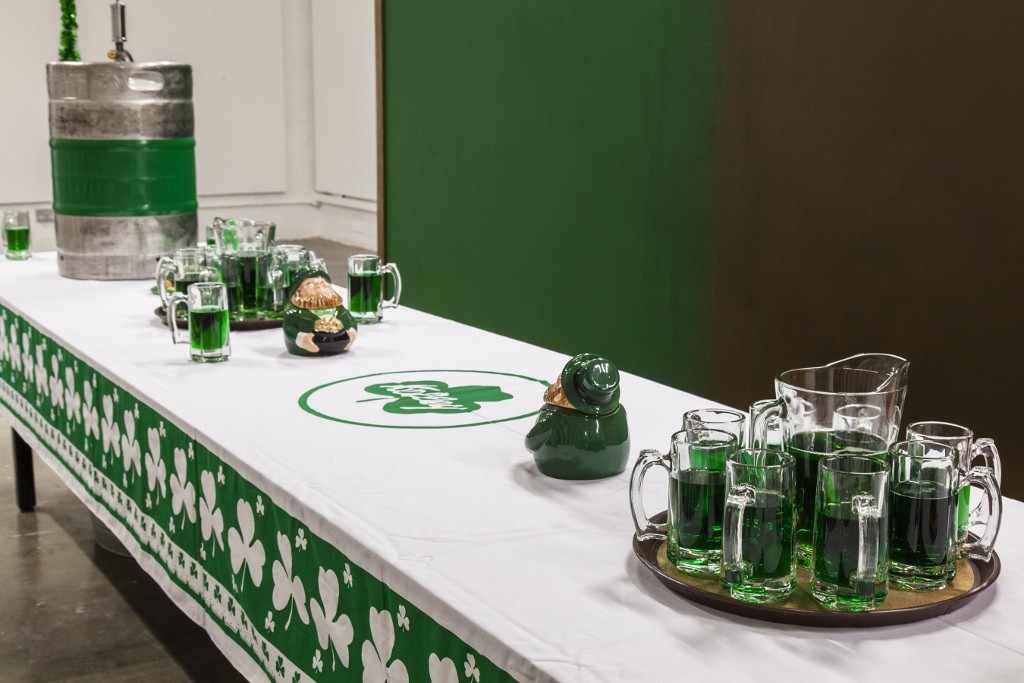 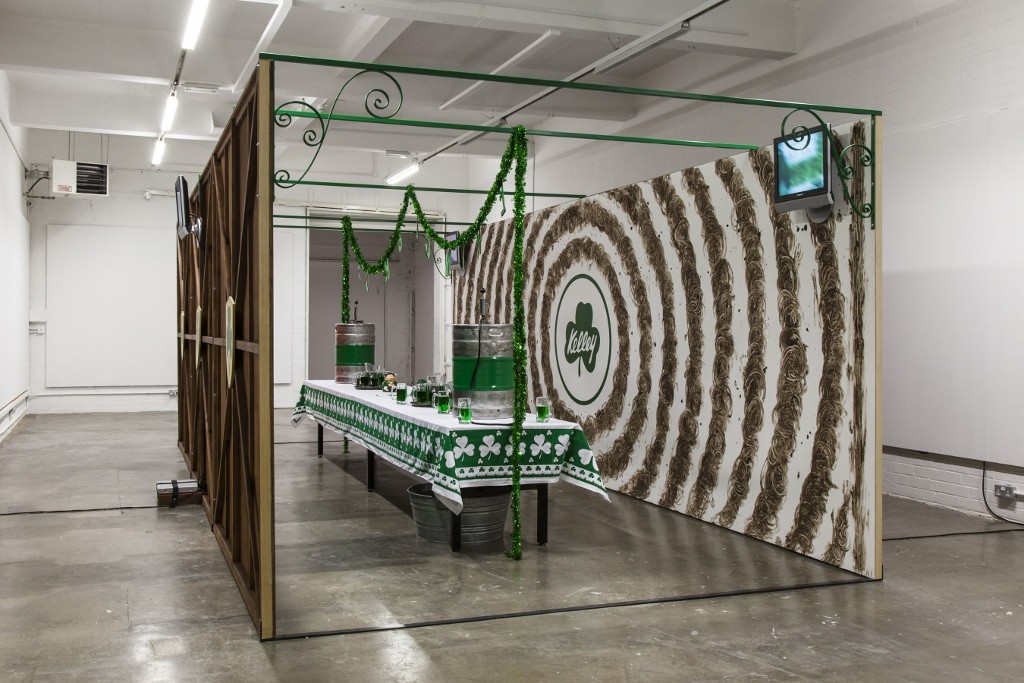 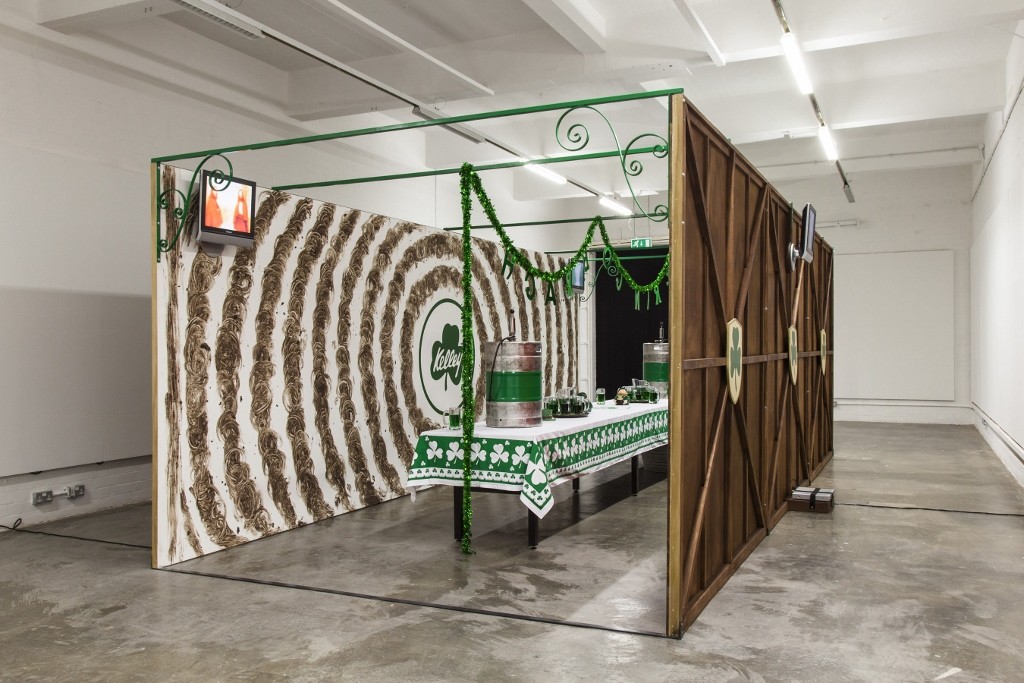 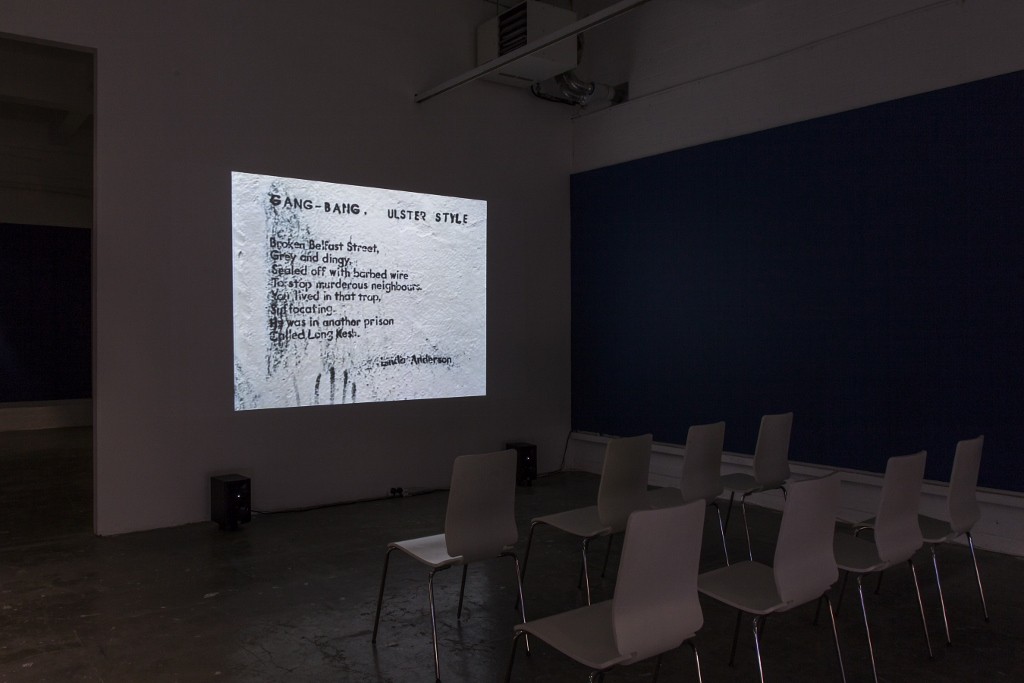 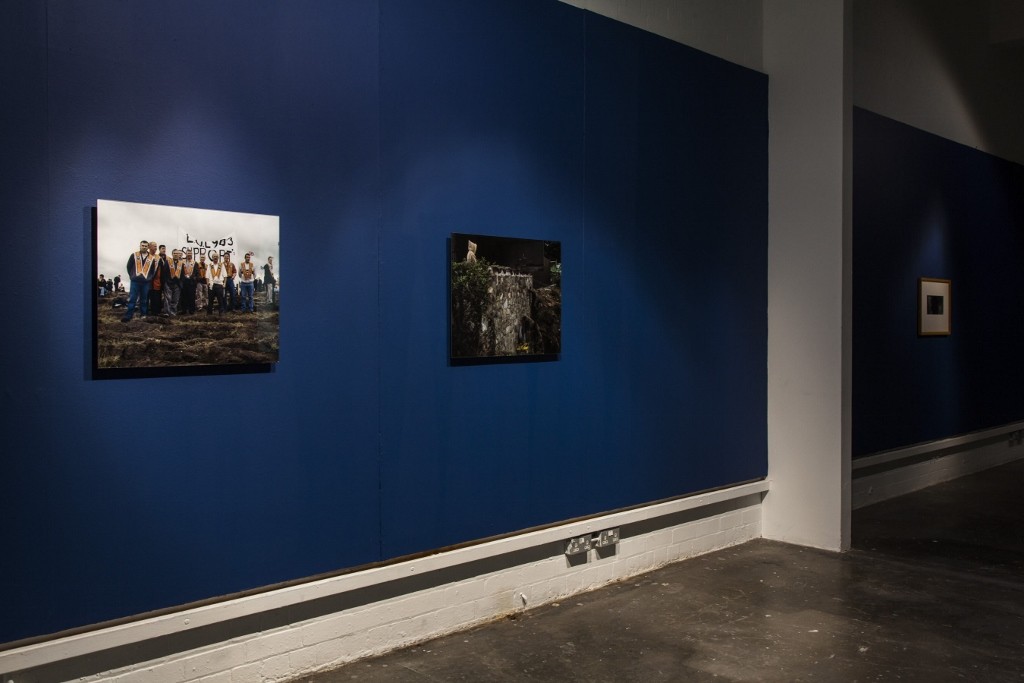 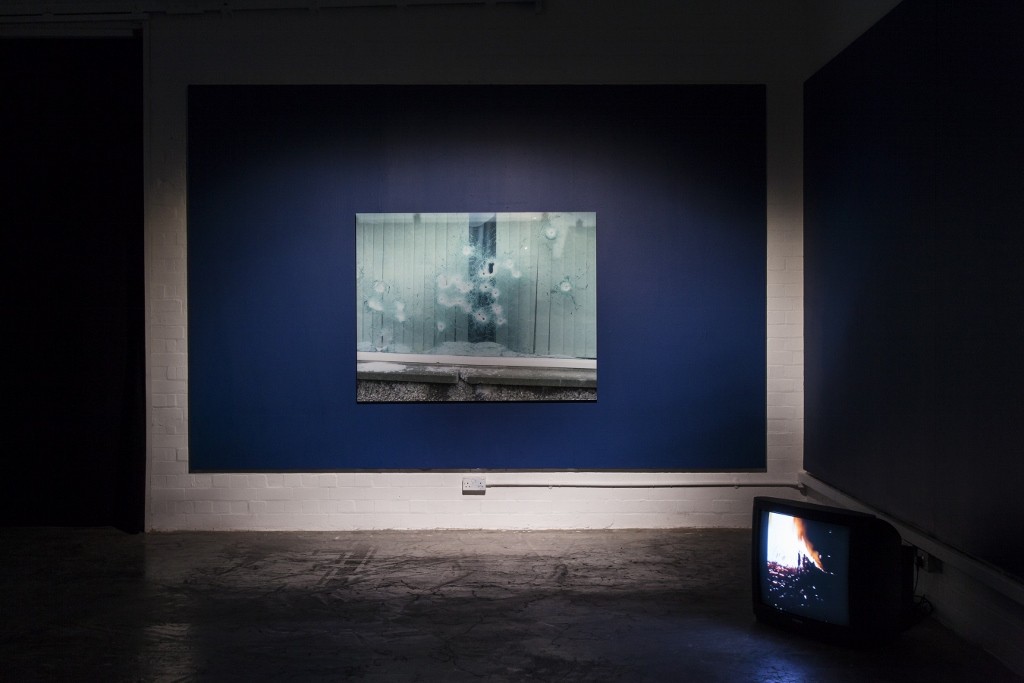 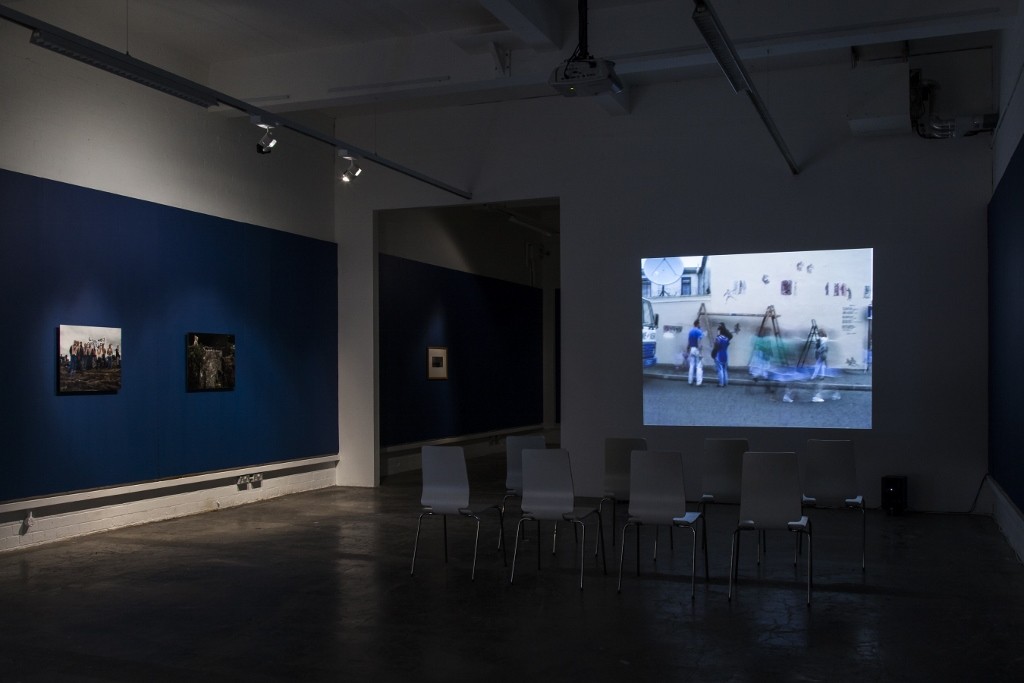 This exhibition features a number of key works by international artists who have made work in or about Northern Ireland. The starting point for the exhibition was a mural created by Nancy Spero in the Bogside area of Derry during the TSWA Four Cities Project in 1990.

This work was to become highly significant as it presented something within the context of the mural, but which remained antithetic to what was understood as a political mural at the time, particularly in its choice of subject matter, which acknowledged the women’s role in the political struggle here and secondly in its subtly of execution and the visual sparseness.

Nancy’s work and the tense debate which it instigated were recorded at the time by film maker Irene Sosa and it is her film which the curator has chosen as a vehicle to represent a mediated view of the original work within this exhibition.

The act of looking at ‘us’ from the ‘outside’ by international artists and how others have viewed us and the conflict here, and how that has been informed or misinformed by media, propaganda or even a misguided sense of romanticism is central to this exhibition.

The exhibition also includes works by Phil Collins an artist who has a long standing connection with Northern Ireland, having studied and lived here during the late 1990s and early 2000s. Stuart Brisley an artist who has consistently turned his attention to issues around the Irish question and finally Mike Kelley who’s work Liquid Diet 1989/2006, includes the inscription “This is What Comes o’ the Minglin” from which the title of this exhibition is paraphrased.

Although this is Mulholland’s first exhibition in which he deals directly with the conflict in Northern Ireland he has of course worked with and commissioned works by artists, which have dealt directly or indirectly with the troubles notably he presented Northern Ireland’s pavilion at the Venice Biennale in 2007 and again in 2009, where the work would have understandably been (mis)read in the context of Northern Irish history.

Mulholland’s curatorial approach has extended beyond the bringing together of a selection of artists, to include inviting Eoin Donnelly to edit the accompanying publication which includes an essay by Eoin and John C. Welchman.

This is what comes… is the penultimate instalment of the Golden Thread Gallery’s Collective Histories of Northern Irish Art, a series of exhibitions and publications whose aim is collectively to form a significant archive of Northern Irish Art from 1945 to the present. Now in its tenth year, and eleventh instalment, the series is very nearly complete.