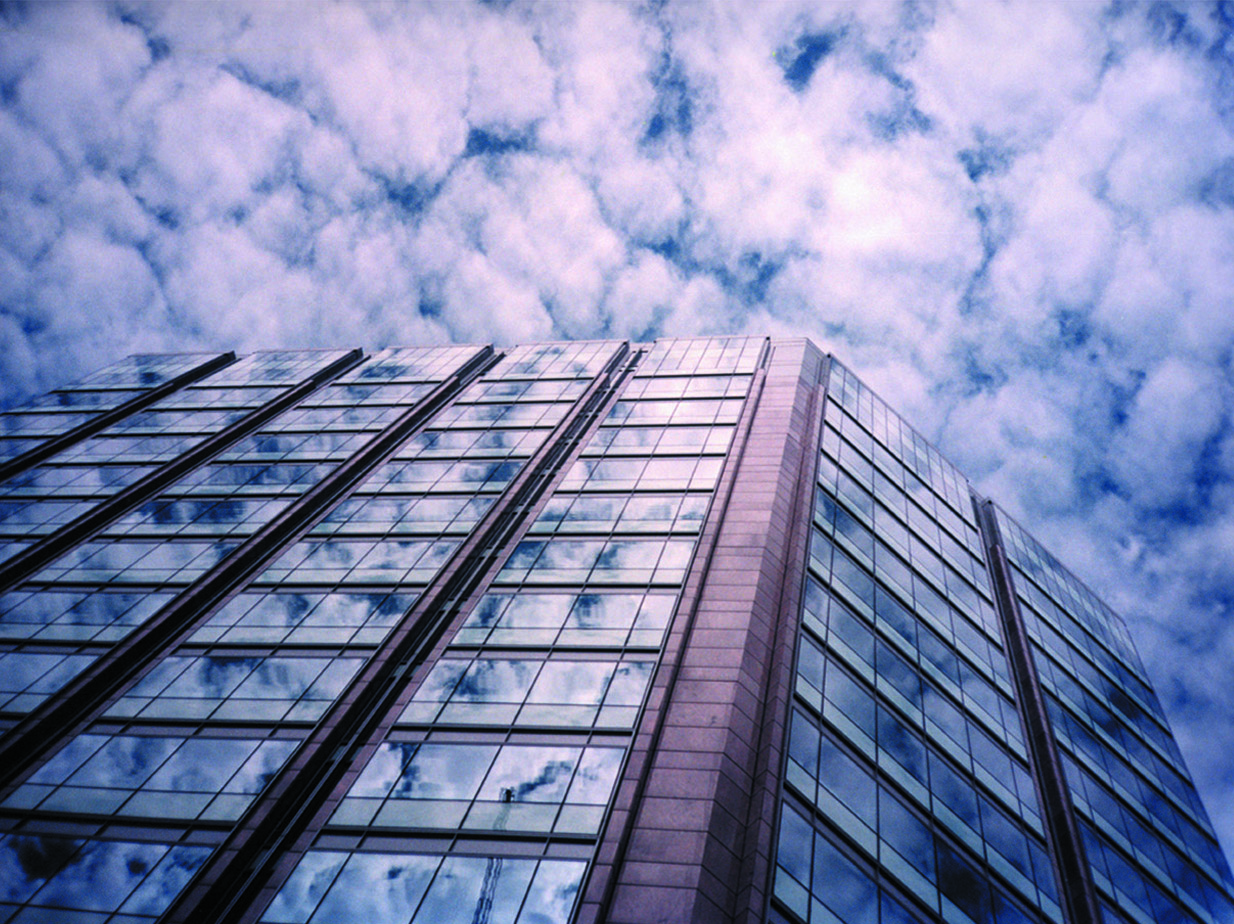 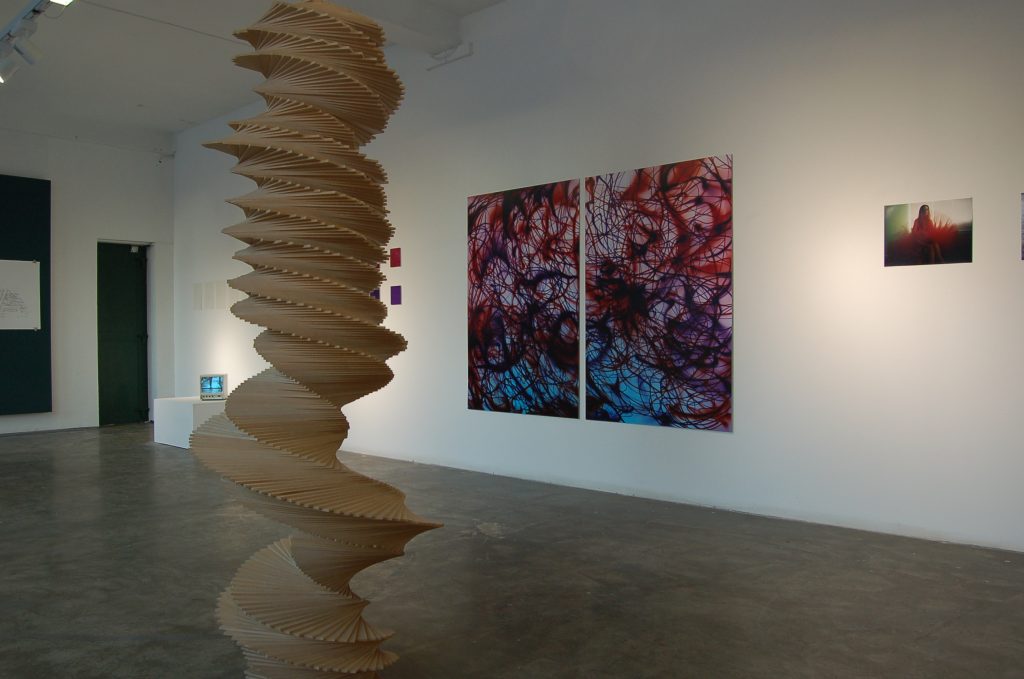 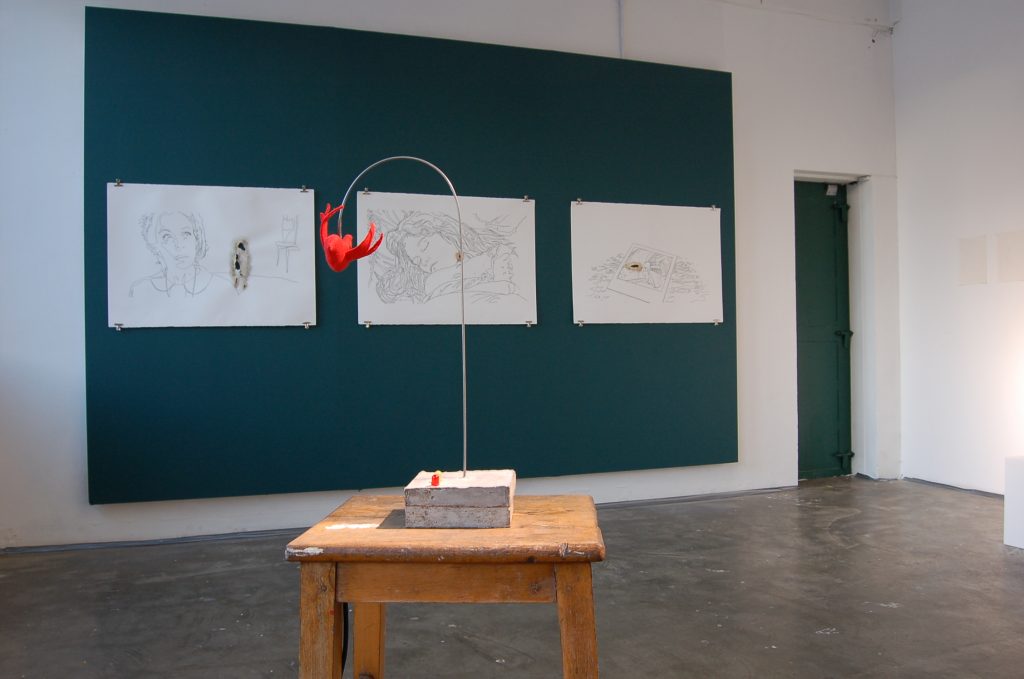 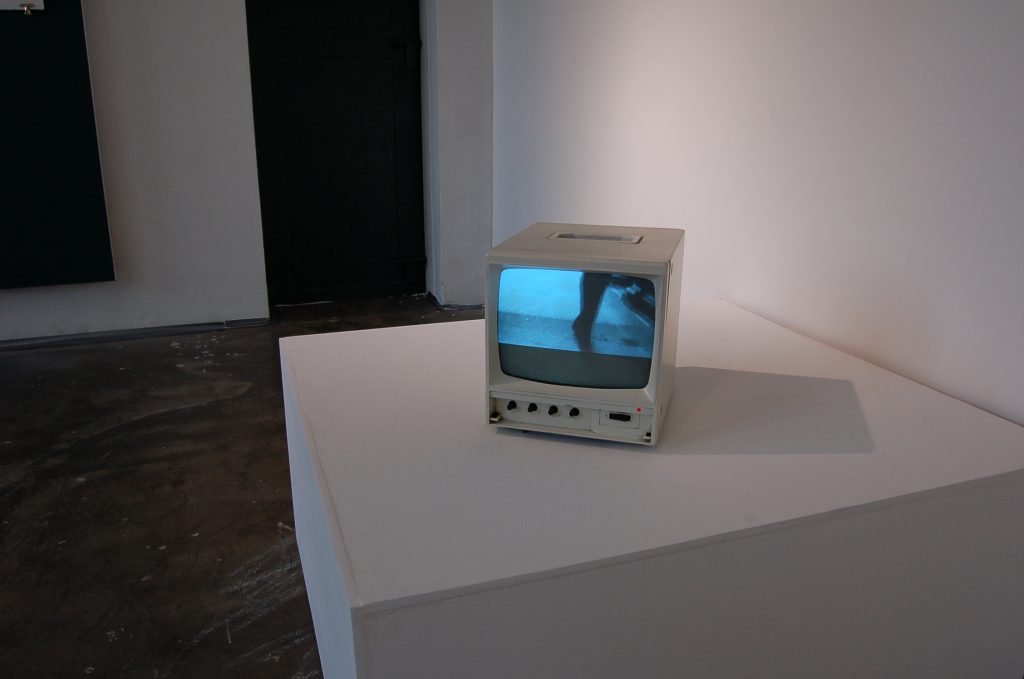 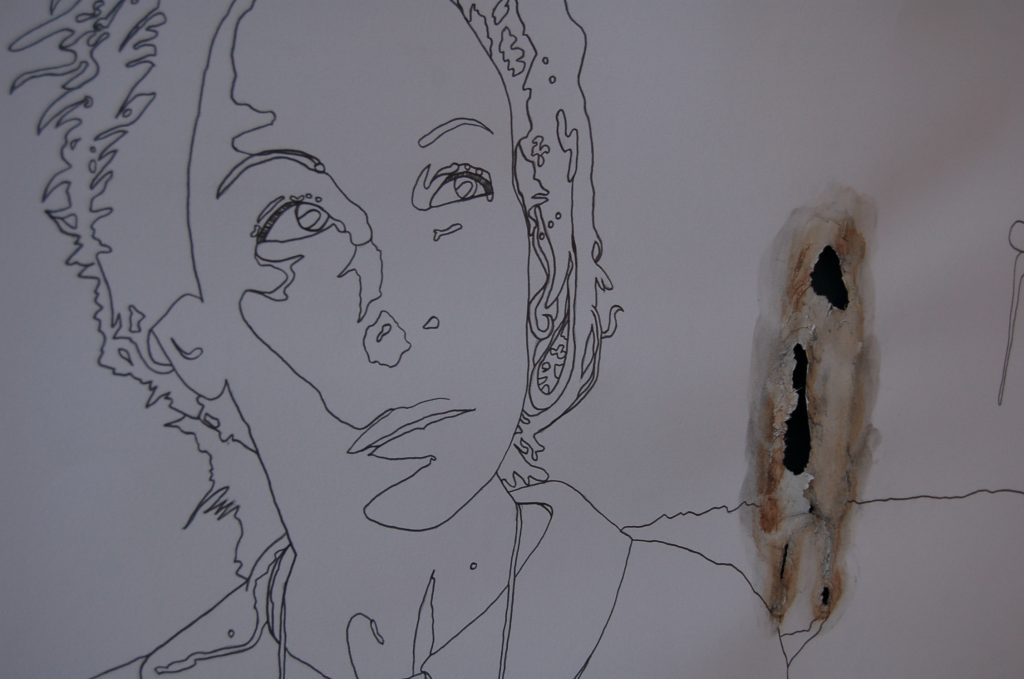 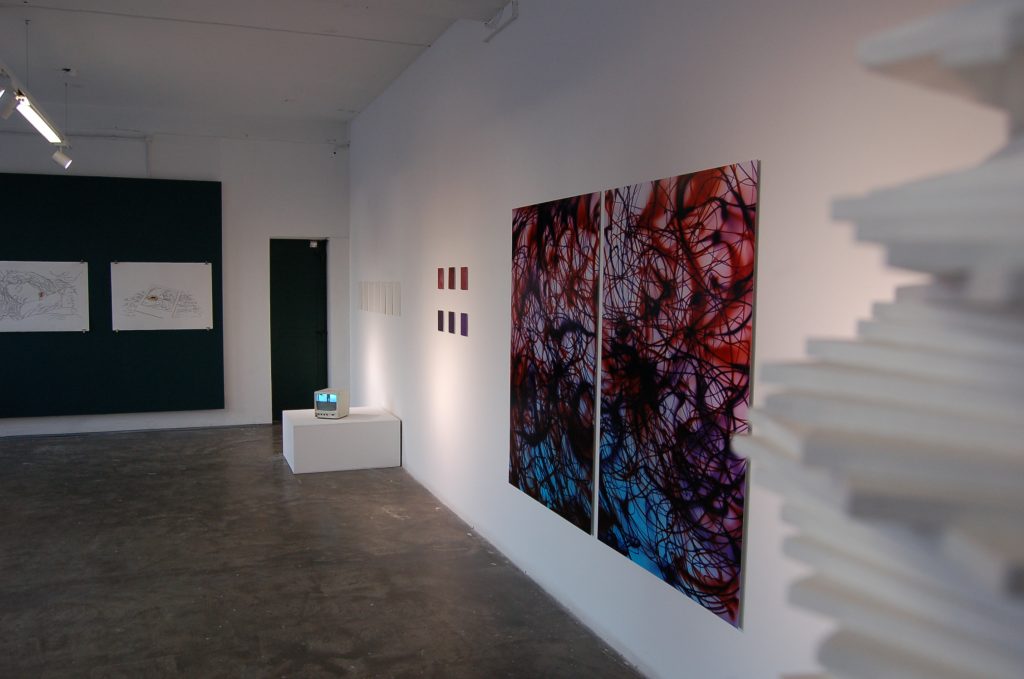 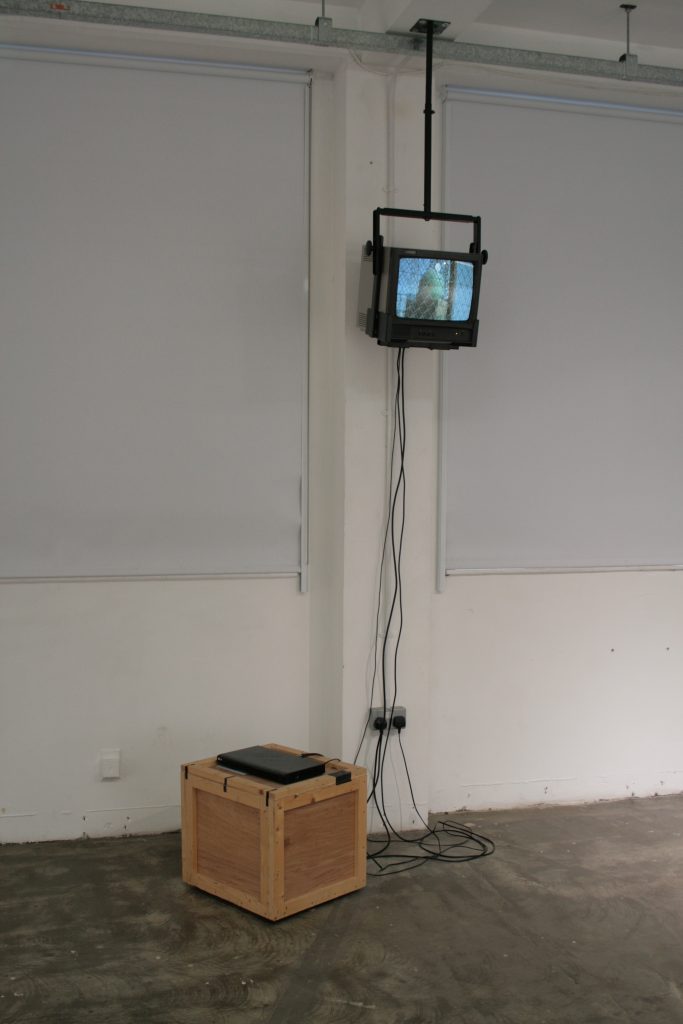 The M-Machine stands in the depths of a dystopian world where man has merged with machine, nature has become mechanised, and we are constantly surveilled.
The M-Machine draws inspiration from Fritz Lang’s 1927 Expressionist film, Metropolis, exploring themes of futurism, technology, surveillance and the city.

London-based Lisa Byrne primarily works in photography and video. Her work centres on human experience, taking an intimate path into the lives of those with whom she has a personal relationship. These are referenced in family, neighbours and the wider society in Northern Ireland. Exhibiting internationally since 1995, Byrne has most recently seen her video work exhibited at The Guggenheim, New York.

Martina Corry works primarily in photography and graduated from the University of Ulster in 1999 with an MFA (Distinction) specialising in photography. Her ﬁrst solo exhibition was ‘Photogenic Drawings’ in 2000 of The Gallery of Photography in Dublin. Her work has been shown in a number of exhibitions both nationally and internationally and has represented The Golden Thread Gallery as part of ‘A Dark Noise’ of The London Art Fair, 2007. Her work is in a number of private collections and has recenltly been purchased for The Arts Council of Northern Ireland Collection.

Through painting, drawing and sculpture, Lydia Holmes depicts imaginary bio-Technological ‘ﬁctional forms’, which reference and reinterpret organic farms and scientiﬁc illustrations. The work creates a ﬁctional dystopian world, in which present day anxieties of scientiﬁc progress are presented as a future nightmare of technological and scientiﬁc advance. These ‘ﬁctional forms’ are shown to be living synthetic beings that incorporate and fuse anatomical features and diseased forms in strange and complex structures.

Allan Hughes is currently based at Orchid Studios, Belfast and practices primarily in video installation: exploring psychological relationships and responses to the recorded voice. Using cutting edge technology, his works continually renegotiate the extant hegemony within the audio/visual binary, focusing on the role of synchronisation and the meaning between image and sound.

Jenny Keane’s practice is focused on the word ‘horriﬁc’. In The Lick Drawings, Keane explores the common tropes of horror, drawing stills taken from horror ﬁlms. Developing from her previous art practice of the mouth as a source of both desire and disgust, Keane has licked the horriﬁc element in each image in order to remove if. The amount of licking depended on the image itself, with the pressure of licking causing Keane’s tongue to bleed, hence the almost golden tinge of each licked section.

Fiona Larkin works in video, action, ﬁlm and drawing. She received her BA from NCAD, Dublin, and since complefing her MFA in 2004 has been based in Belfast. Her work has been presented both locally and internationally. Tall is a playful investigation of alterity and hybridity, with Larkin’s work finding form in a series of experiential investigations and actions, often using the camera, that examine local, incidental occurrences and behaviour.

Drawing inspiration from her own childhood memories and from those of her son, Mary McCaffrey’s practice is poised of the intersection of painting and sculpture. The pieces, composed of stacked painted components, use both regulated and random patterns of arrangement to generate three-dimensional optical ﬁelds that test viewer’s perception. The carefully balanced forms rise from the floor, appearing to teeter on the brink of collapse, alerting the viewer to the precariousness of their form.

Lisa Malone studied at the University of Ulster, Belfast. Her practice embodies printmaking, sculpture and drawing, sometimes overlapping to form a resulting piece. Malone is an
artist that knows how to describe her world with a pure and simple line that wanders, twists and then hops quickly off info the horizon. She uses line intuitively and economically, swinging from quirky equivalents of movement and play, right down info the dark night of the soul. The works reveal an intimate view of the world, and ask questions about our place in it.