Surveiller
An exhibition of works by Una Walker

You are cordially invited to the preview of ‘Surveiller’ a major new solo exhibition by Una Walker. 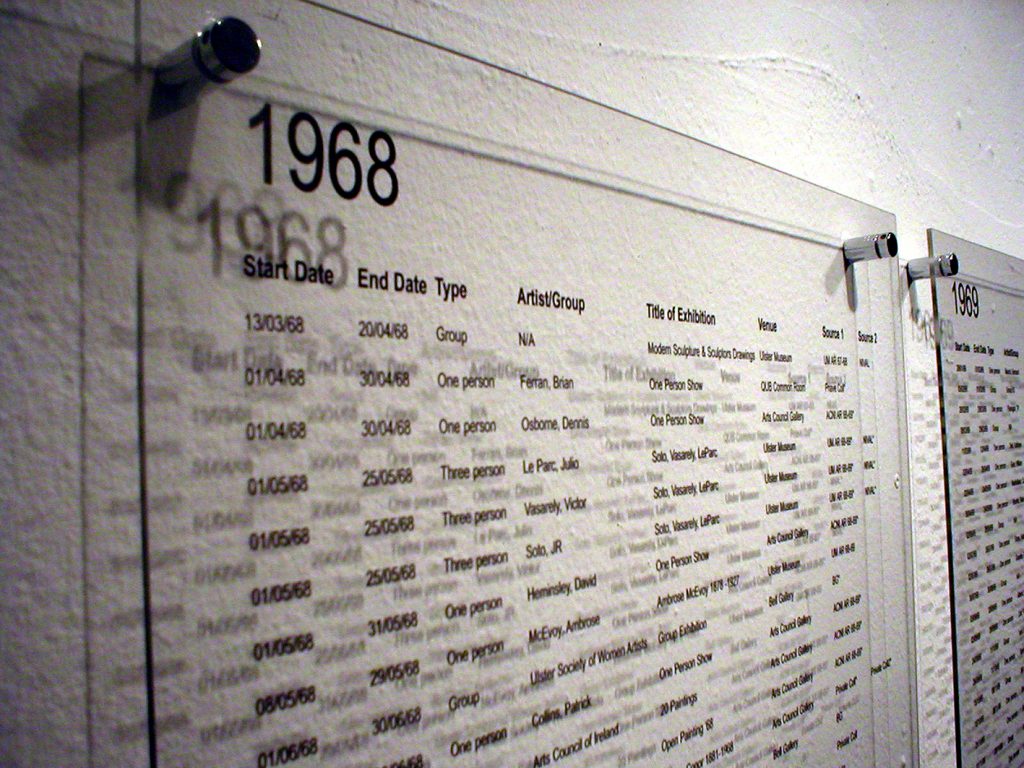 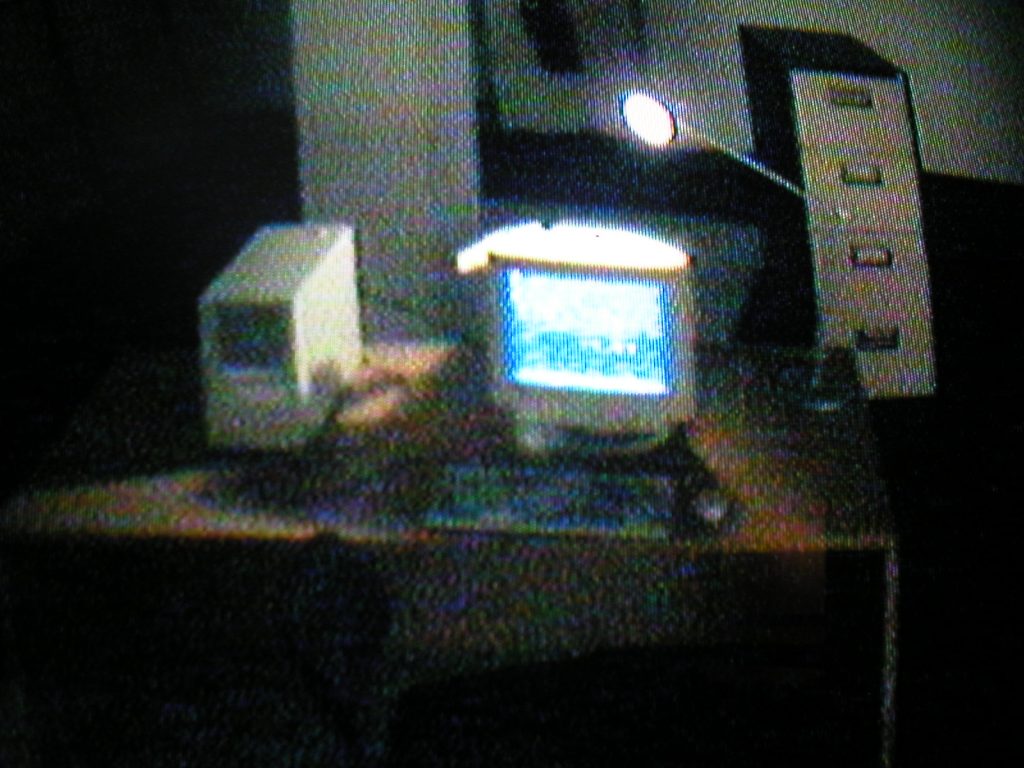 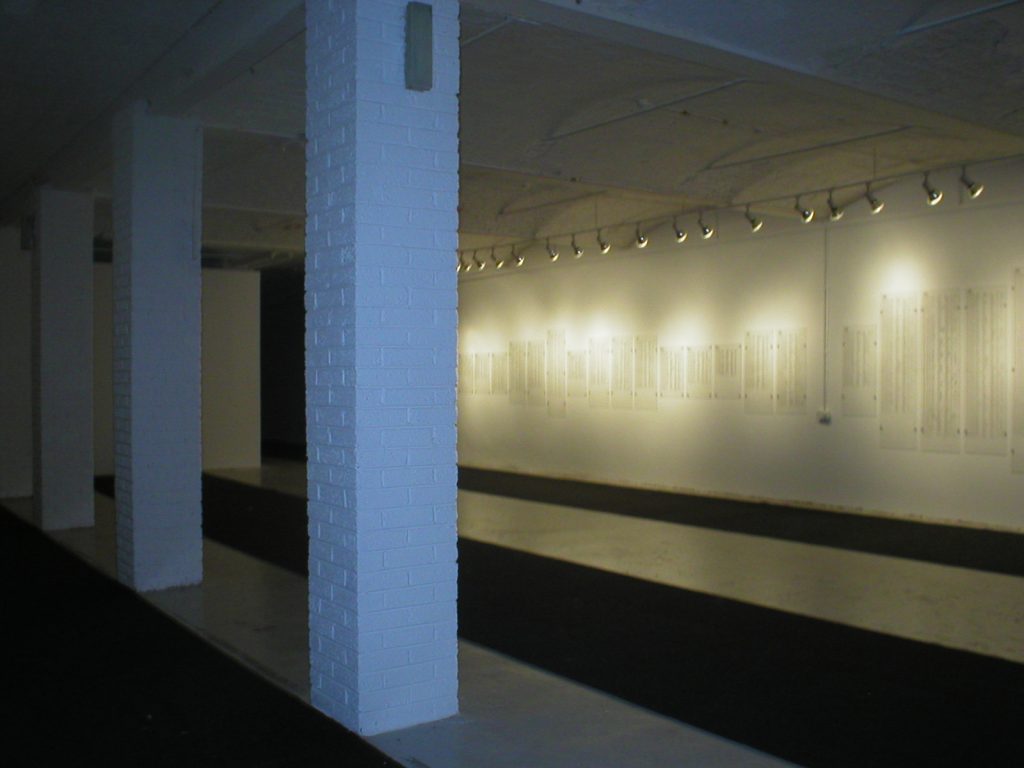 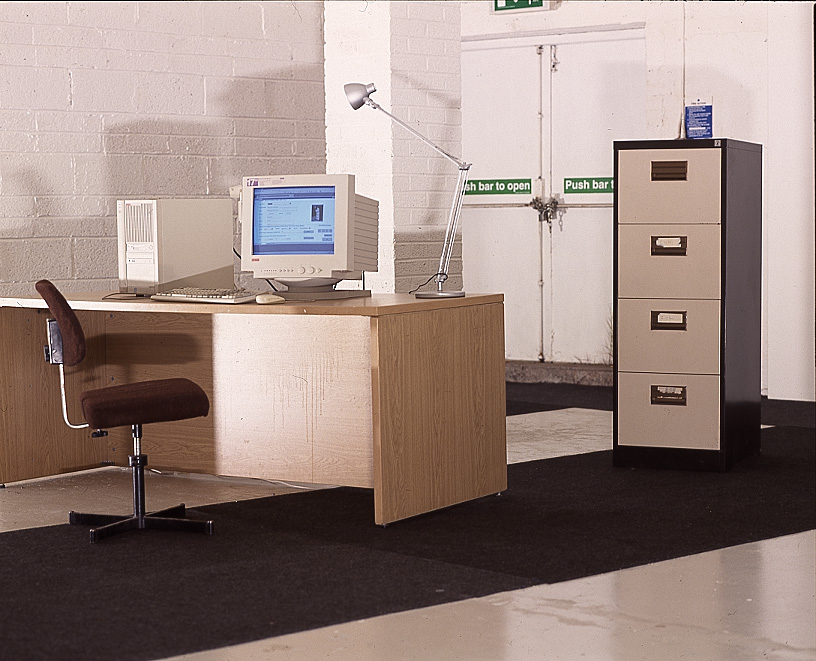 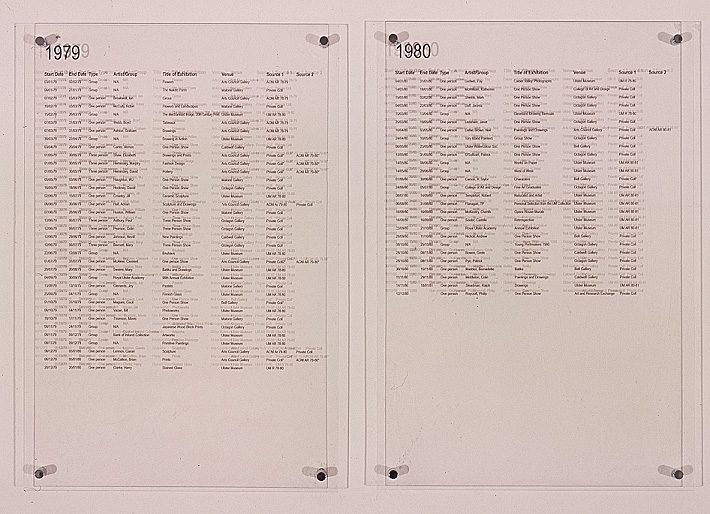 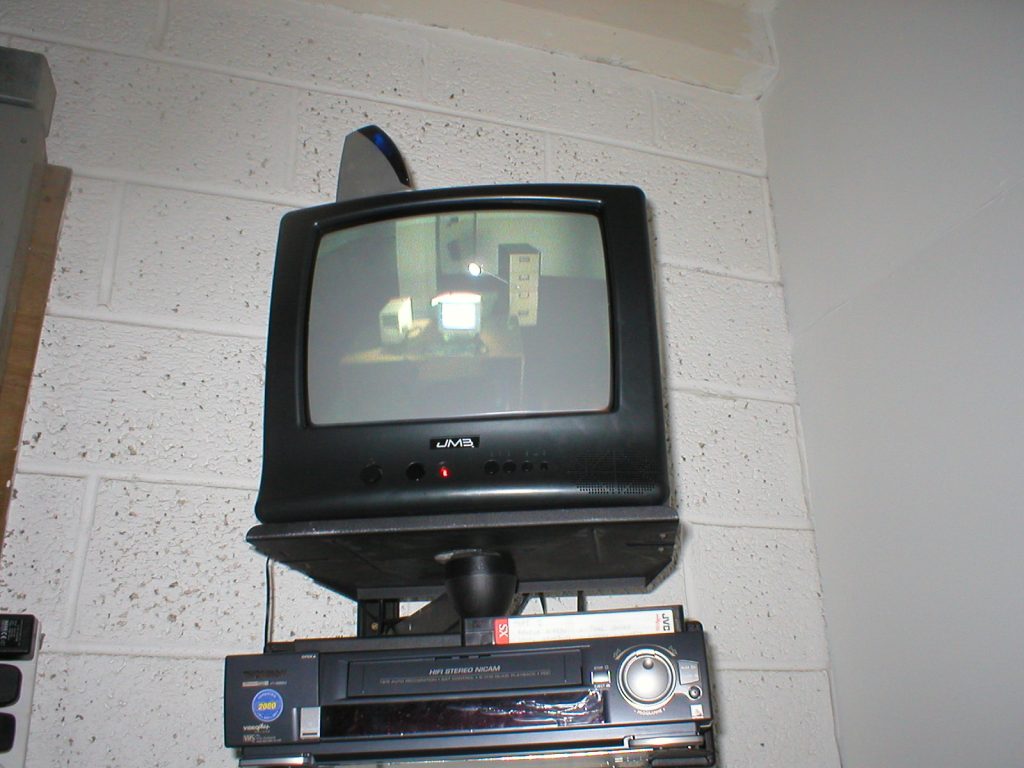 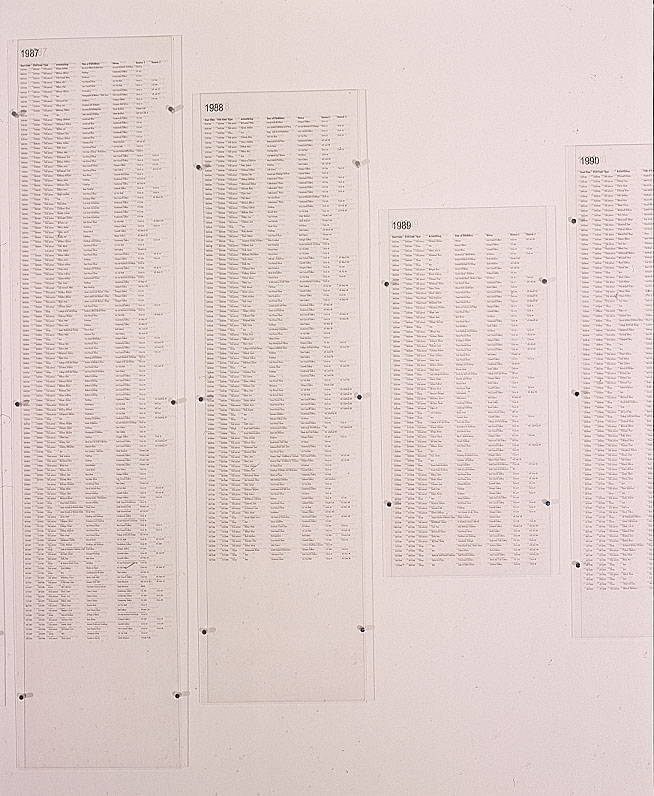 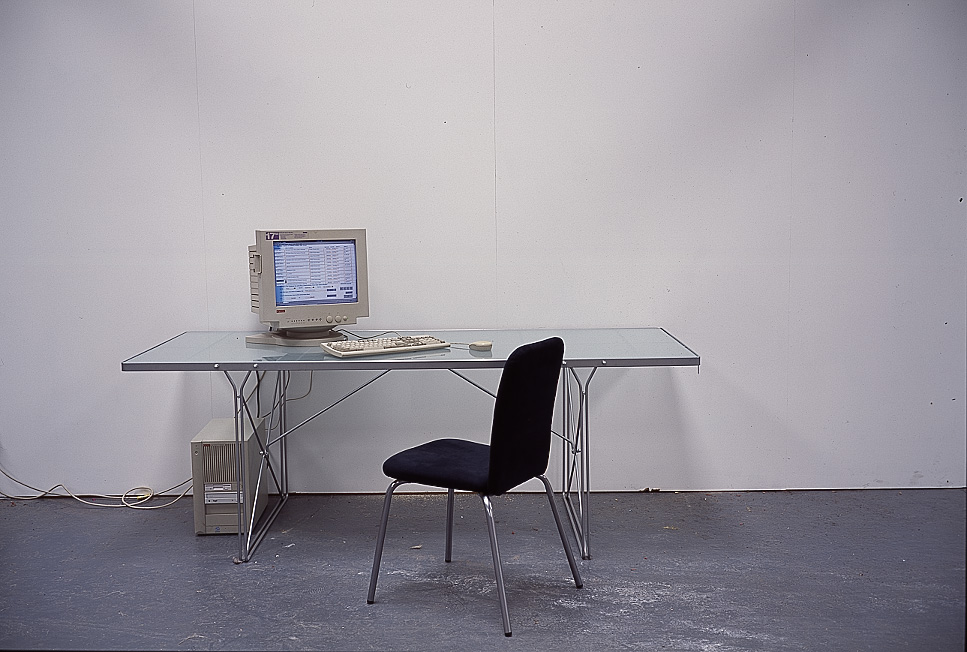 For the ‘Surveiller’ exhibition Una Walker has created a database of exhibitions that have taken place in Belfast through the period 1968 –2001 principally sourced from publications. The database is a central element to the installation work and also functions as a preface to the Golden Thread Gallery’s ‘Collective Histories’ series of Northern Irish Contemporary Visual Art.

Artist Una Walker spent 128 days, approximately 1,280 hours, producing an inventory of art exhibitions in Belfast from March 1968 to March 2001. The chronology, presented on gallery walls, and as a searchable database in an office, attempts to document the length, type, title, venue and media source of every artist’s show. Surveiller is ‘just a list’, but like many things that are ‘just lists’ it creates and communicates power structures and opposes the experience of those ‘who were there at the time’ with larger and longer patterns.

The database presents fact: when, where, what and who. It does not distinguish the art listed according to quality, content or reputation, nor does it provide any visual information. We expect art to be emotive and subjective, so to subject art to this analysis seems stark and reductive. However the tension between objective and subjective, or observer and subject, is inherent in surveillance, and, like all good data collection, this inventory reveals much. The information presents art as a type of social activity, subject to the influence of politics and economics. For example, in 1974 there was notably fewer exhibitions. The list shows there were only five active galleries, others being decommissioned through bombing. In contrast, in 1994, the year of the cease-fire, galleries were busy. The increase in galleries and shows in the recent years is notable, reflecting the growing faith in culture as a tool for economic regeneration. Many new commercial galleries have opened, evidence of the greater spending power of the culturally literate.

Walker documents more than just the artists, she forms an inventory of all the players in the art process. Galleries, shows, and the sources of wider broadcast, publications, listings and reviews are linked together, key components in the social production of the artist and the artwork. In the example of 1974, it seems that while artists may have been making work, the very mechanisms of broadcast were out of action, the means of communicating a public identity stifled.
Becky Shaw

The Golden Thread Gallery welcomes schools, colleges and community group visits to the gallery. Please contact the gallery to arrange group visits in advance or to find out more about the galleries associated activities, including artist’s talks, gallery tours, workshops and seminars.

The Golden Thread Gallery commissioned this project with the assistance of an Arts Council of Northern Ireland  National Lottery Fund New Works grant. The Golden Thread Gallery would also like to take this opportunity to acknowledge the generous support of the Arts Council Northern Ireland, the Belfast City Council, the Flax Trust and the Ardoyne Shankill Health Partnership for their continued annual support.

We would also like to thank Ken Bartley for all his technical support on this project.