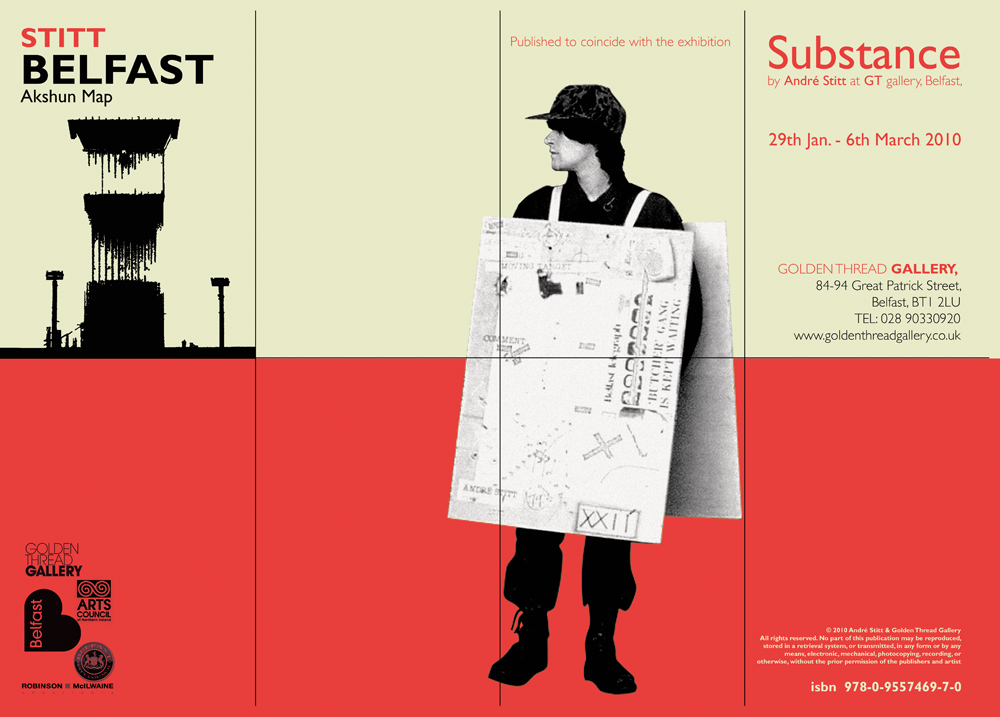 Substance
An exhibition of works by André Stitt 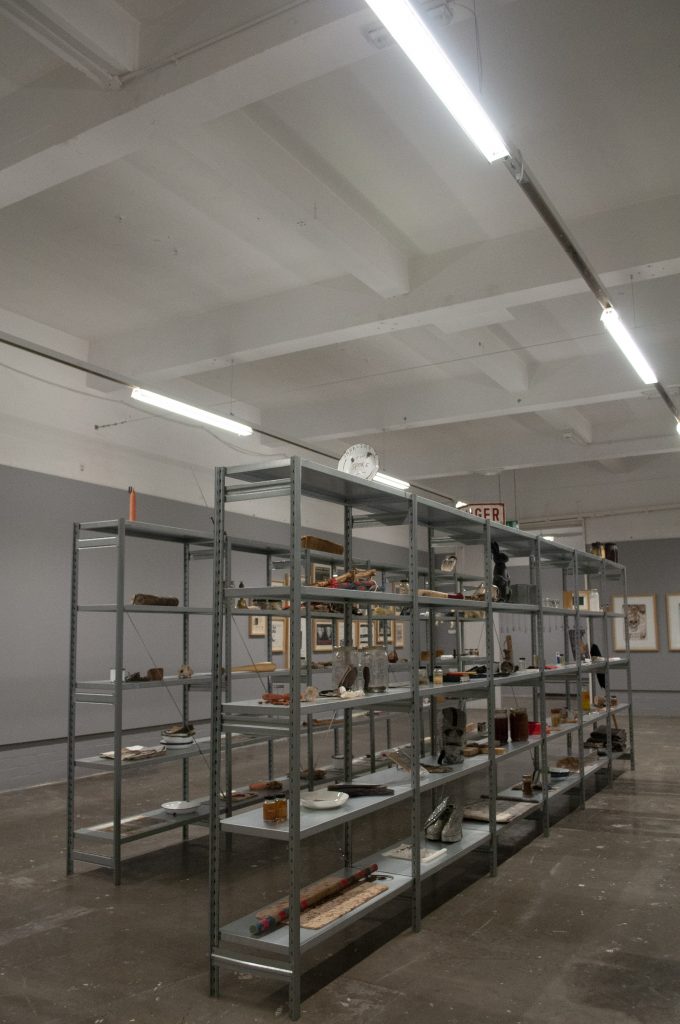 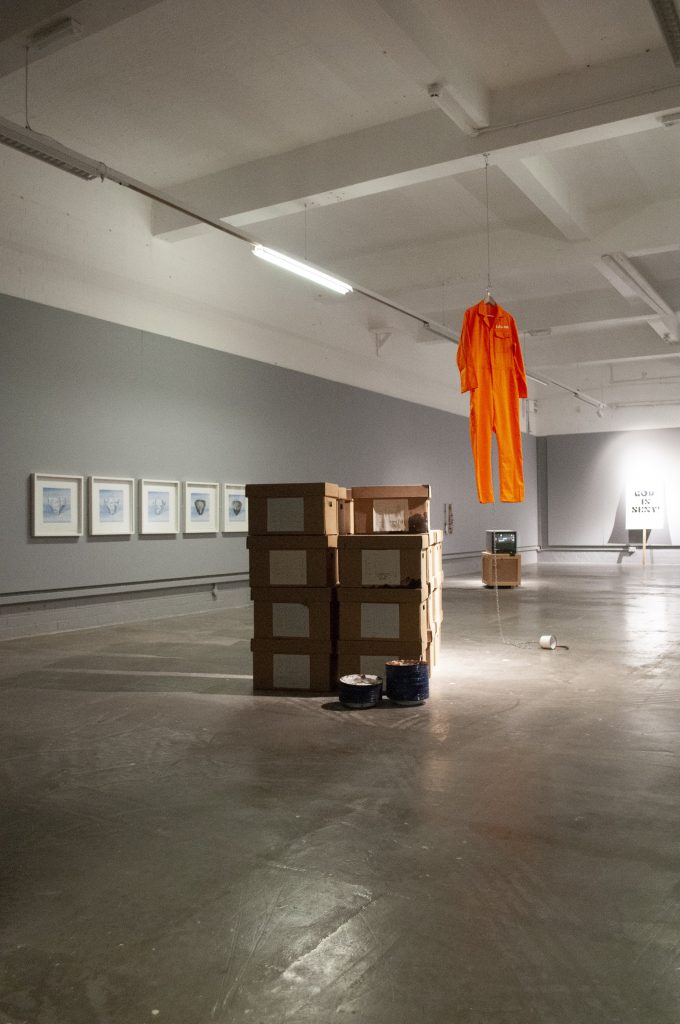 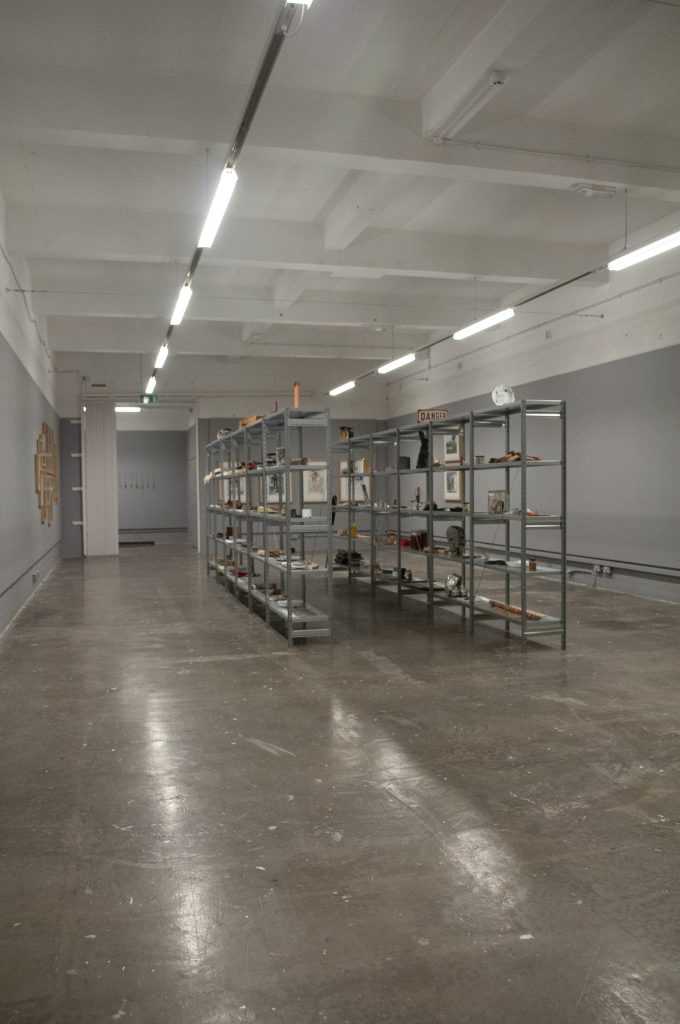 André Stitt is one of Northern Ireland’s most important contemporary art exports.  He is currently based in Cardiff but the themes that inform his practice are rooted in his formative years in Belfast.  His work is highly charged, generally hard hitting and may not be suitable for all audiences.  Nevertheless, it is important that we take this opportunity to bring this substantial exhibition to a local audience.

Substance provides valuable insights into Stitt’s performances or ‘akshuns’ and includes a significant number of pieces that have never been displayed before.  The project was conceived by the Spacex Gallery in Exeter and has been expanded and further developed for this exhibition in the Golden Thread Gallery.

André Stitt’s performance work focuses on difficult and traumatic themes including alienation, oppression, coercion and conflict and often refers back to his experiences of Belfast in the 70s and 80s.  We feel that the time is right to revisit this work afresh.  As well as a cooling of the political climate, there is now an adequate distance between the events that incited his ‘akshuns’and the documentation or residue of his performances to look at the work from a more objective viewpoint.

A short film documentary by Lee Stitt, Finbar Maginn & Séan Kaluarachchi in conversation with André Stitt will also be shown for the duration of the exhibition.

In 2008 he was awarded the prestigious Creative Wales Award.
He is Professor of Performance and Interdisciplinary Art at the University of Wales Institute, Cardiff and is the director of the Centre for Fine Art Research at Cardiff School of Art & Design, Wales, UK.
In 2000 he opened trace: Installaction Artspace in Cardiff initiating a robust programme of international time based work.