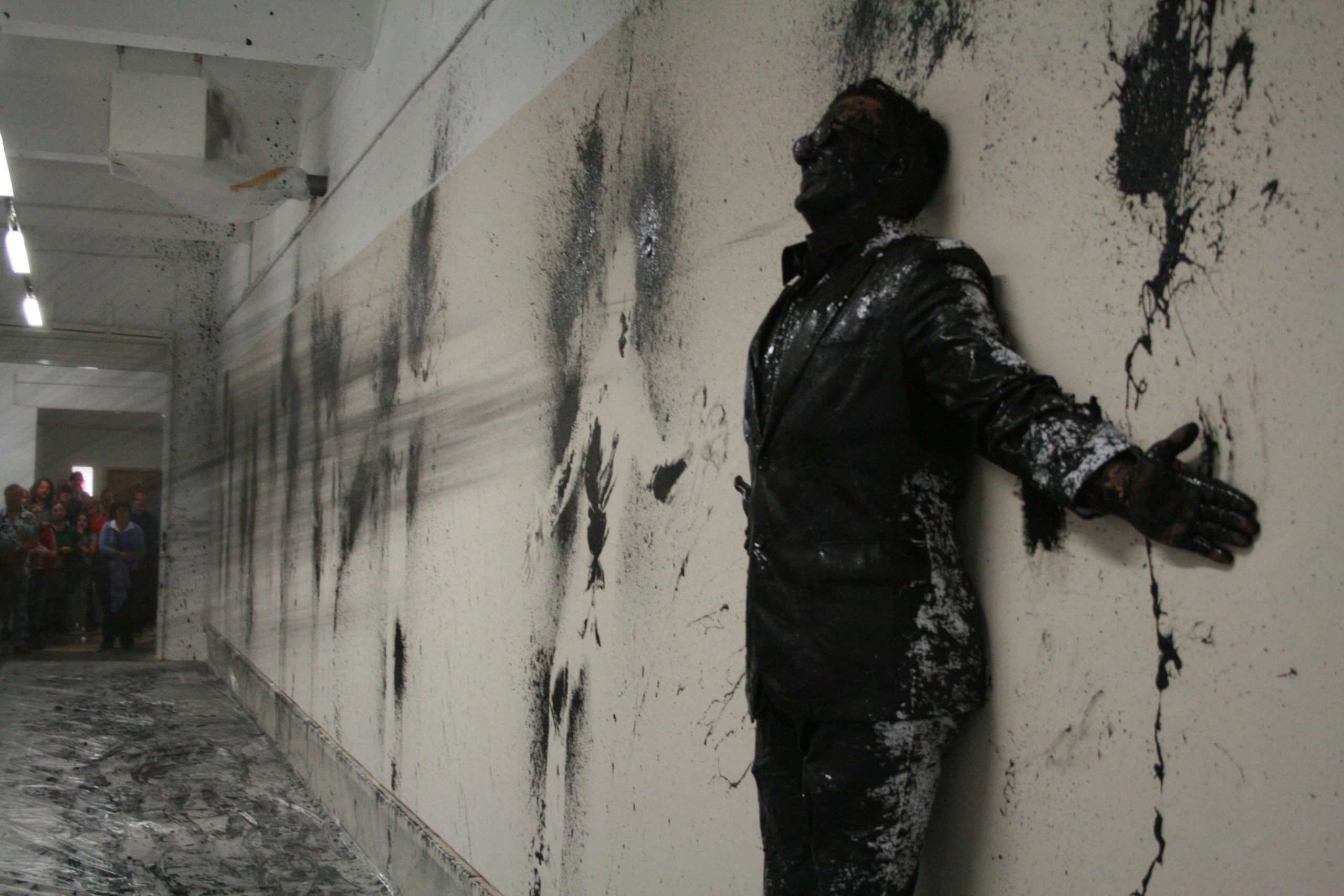 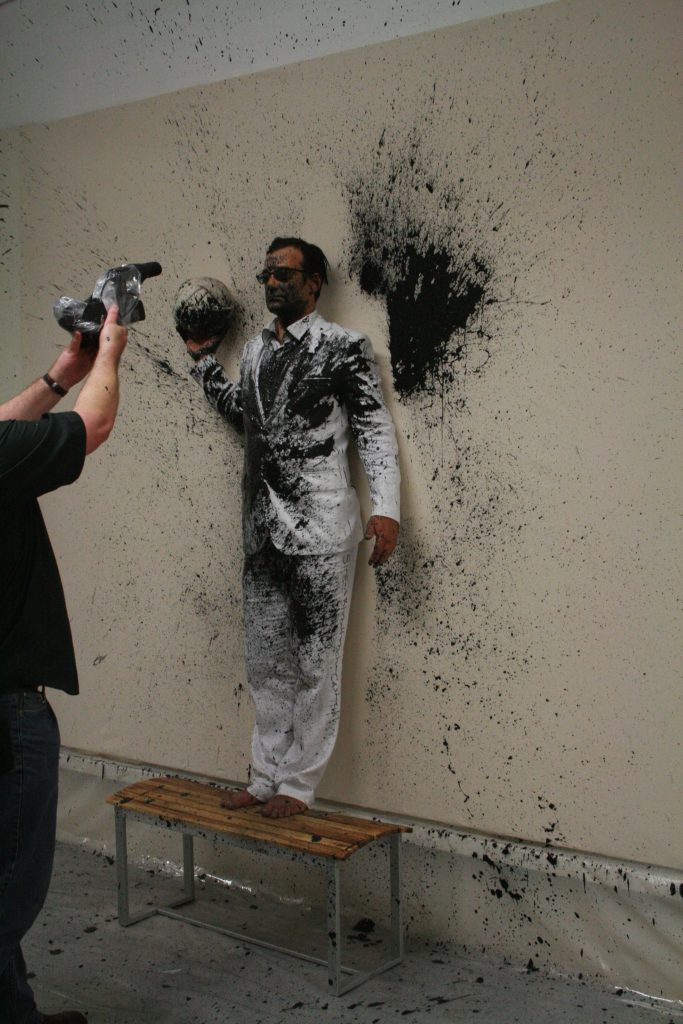 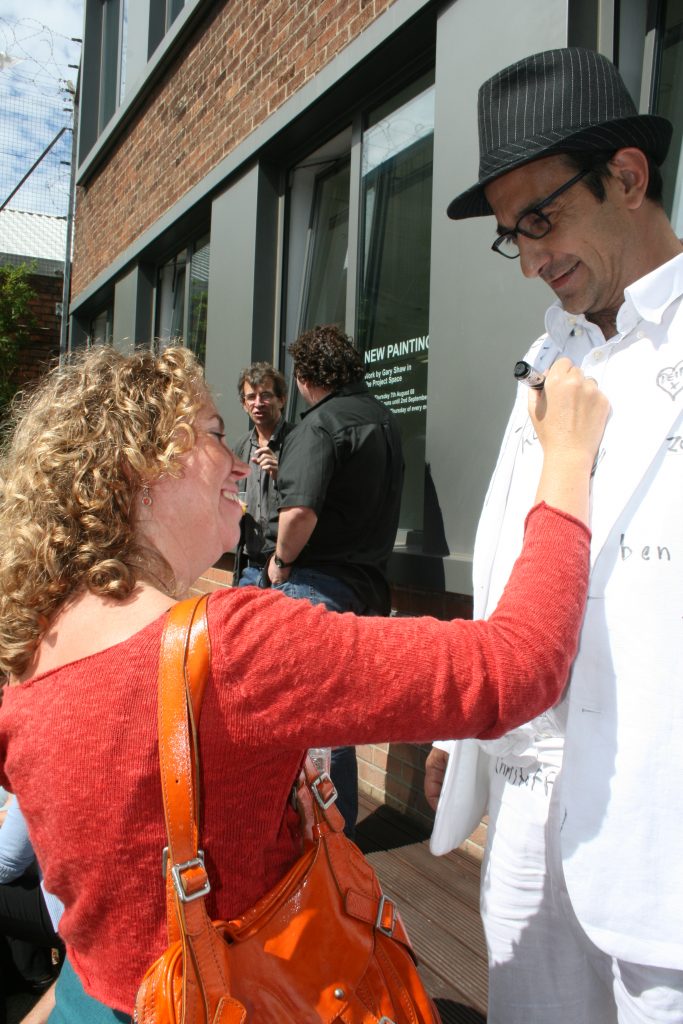 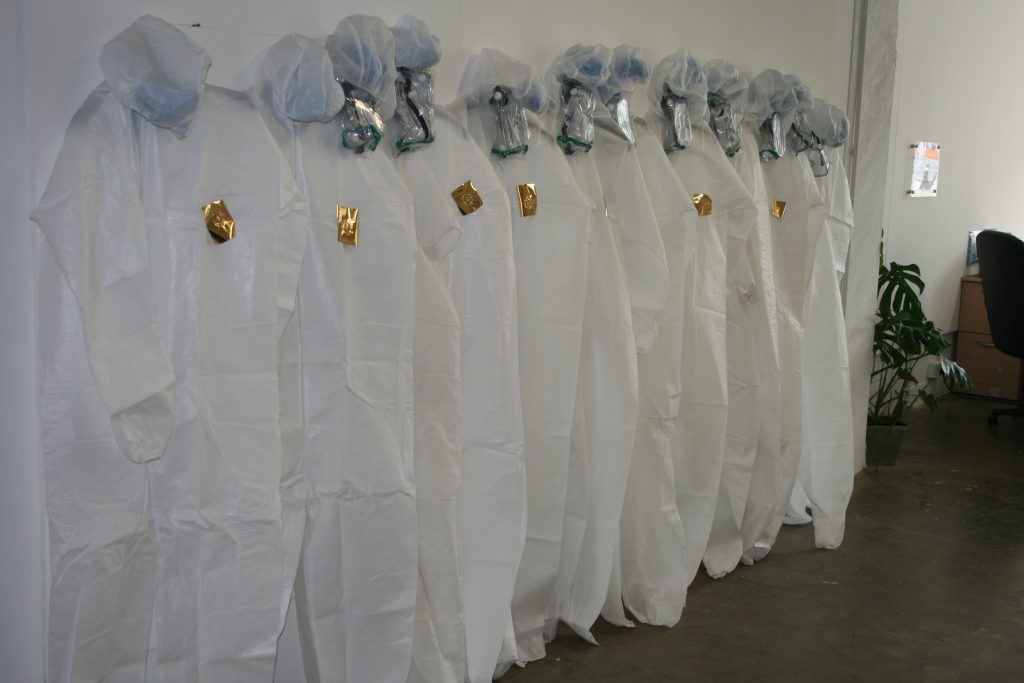 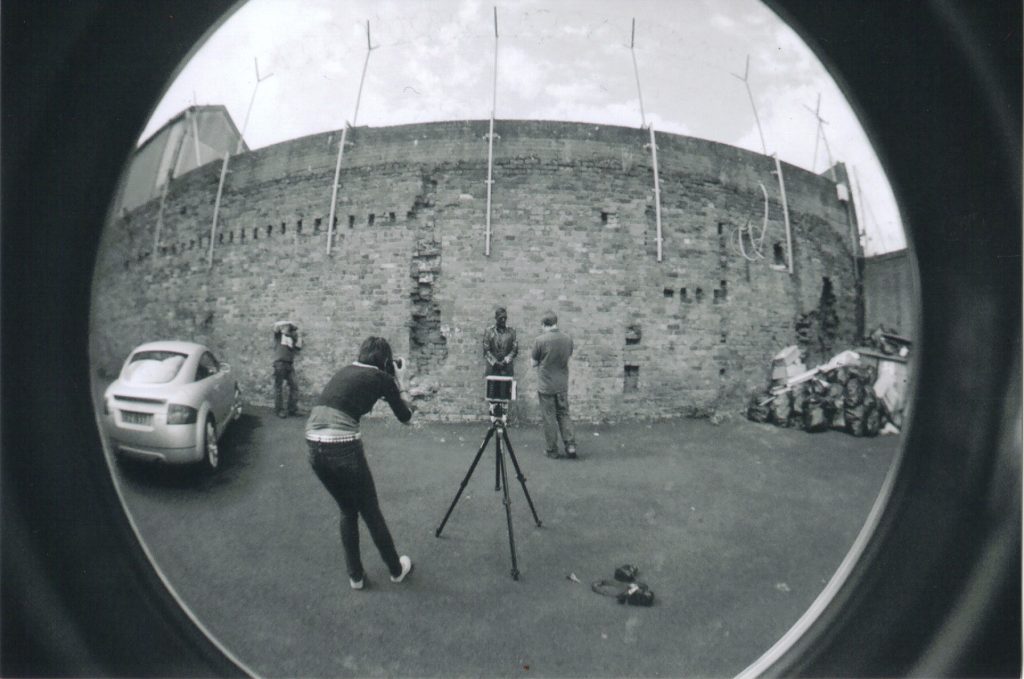 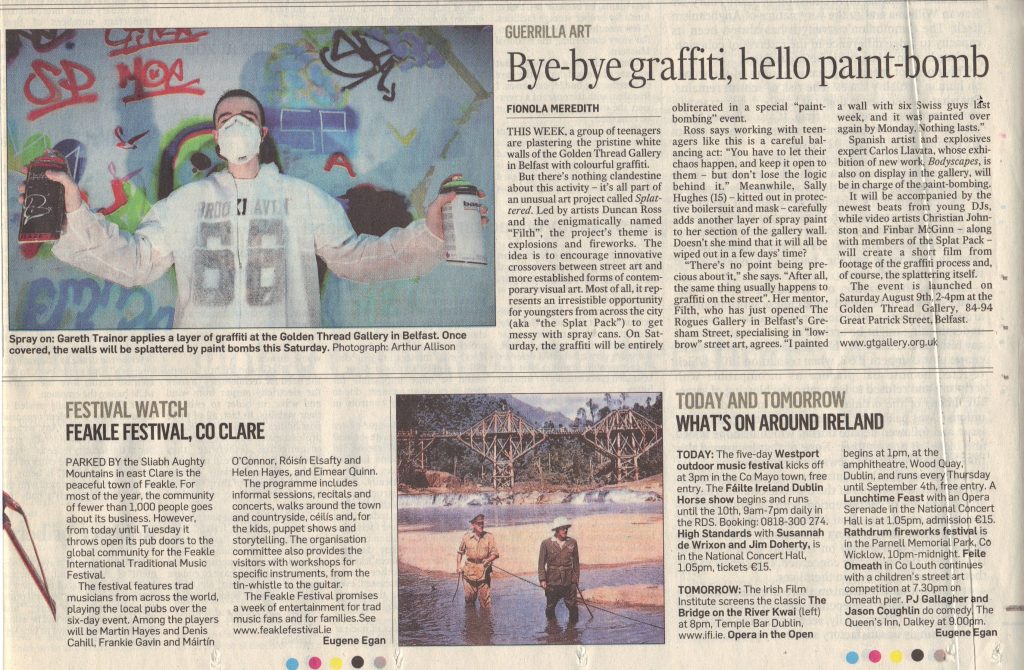 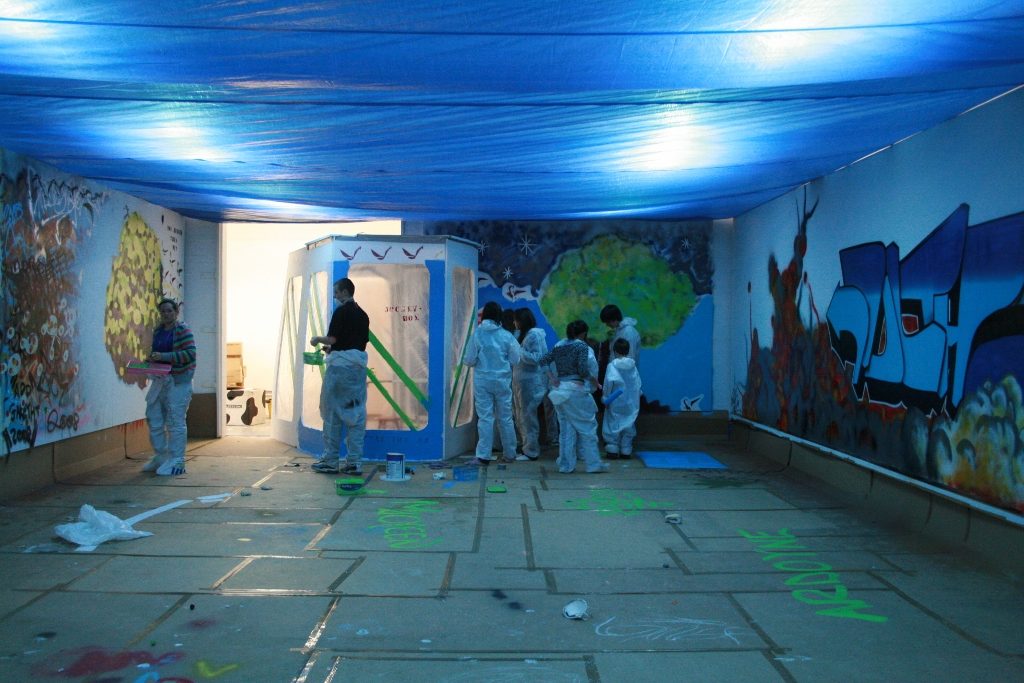 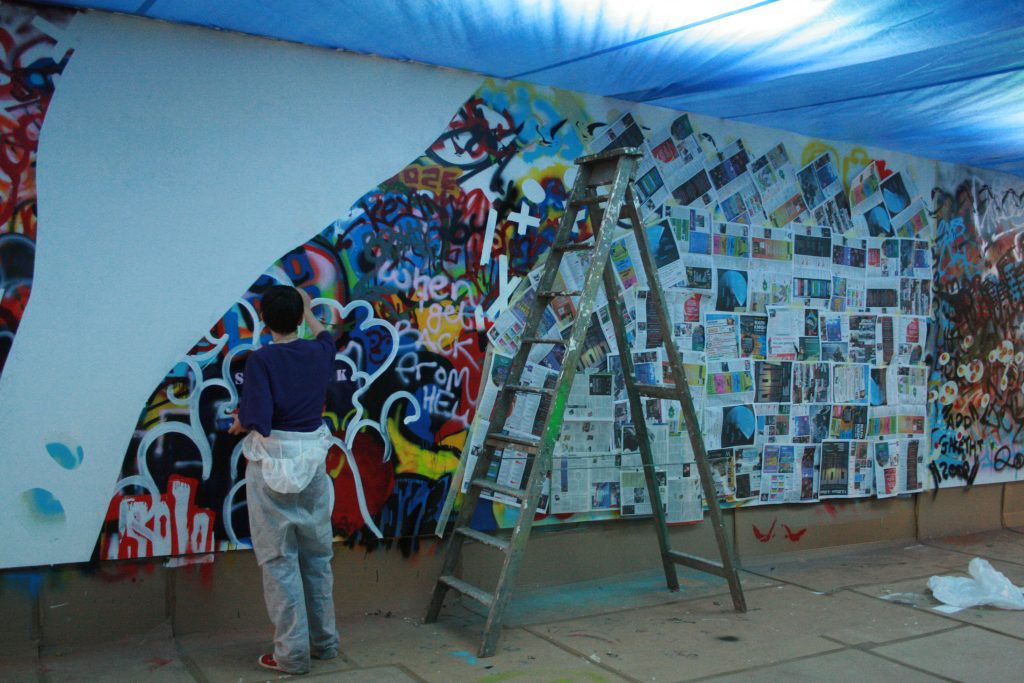 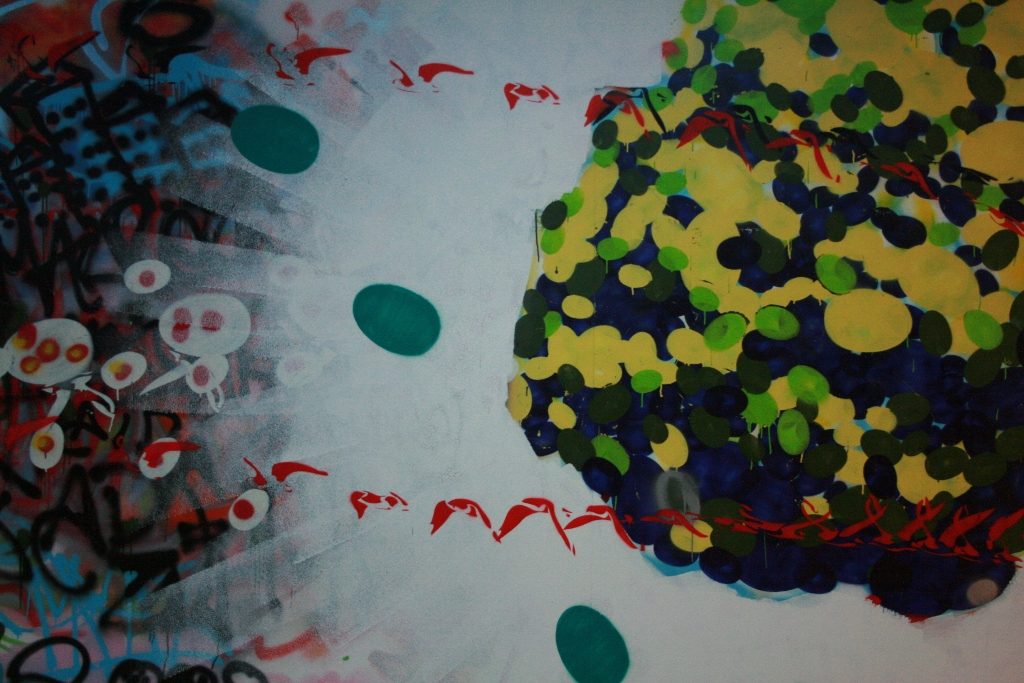 The Golden Thread Gallery is opening its doors to a range of contemporary urban artforms during August 08 with a ground-breaking participatory art project called Splattered.  The project will connect with events run by the Trans Urban Arts Academy and aims to encourage innovative crossovers between street art and more established forms of contemporary visual culture.

Overall, Splattered is an ambitious dual-approach project combining a range of contemporary urban art forms such as graffiti, vjing and low-tech filmmaking with the added attraction of a paint-bombing event that links with an exhibition of new work by Carlos Llavata: an internationally renowned artist & explosives expert, known for his use of fireworks and other forms of explosives to create artworks that reflect on the human condition and the tension that lies between creativity and destruction.

So … here you have it: an unbelievable, limited opportunity to paint bomb an art gallery and join forces with an international explosives expert / artist.  Explode with Carlos! Listen to the sound of paint splatter and the newest beats.

Graffiti – Filth & Duncan will work with the Splat Pack to transform the walls of the Gallery using graffiti techniques.