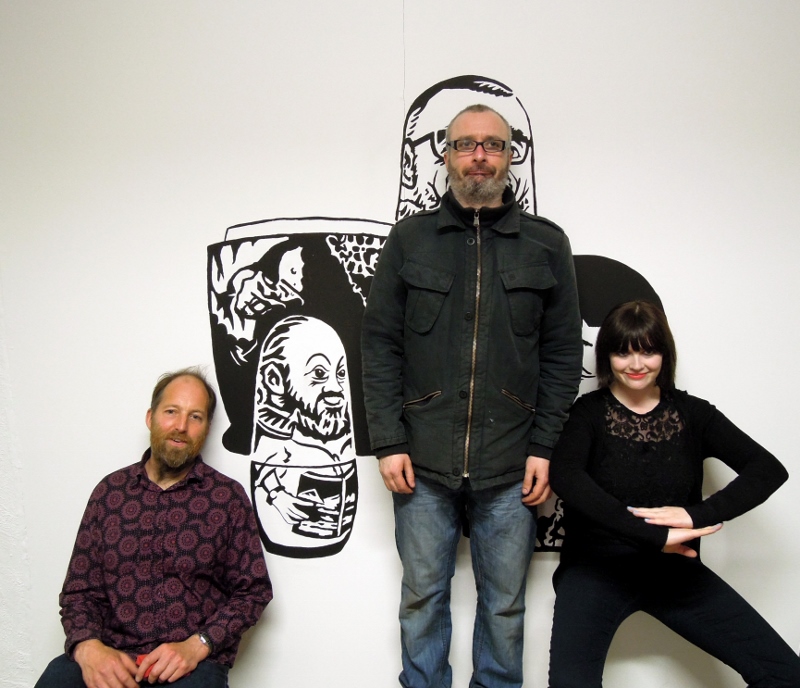 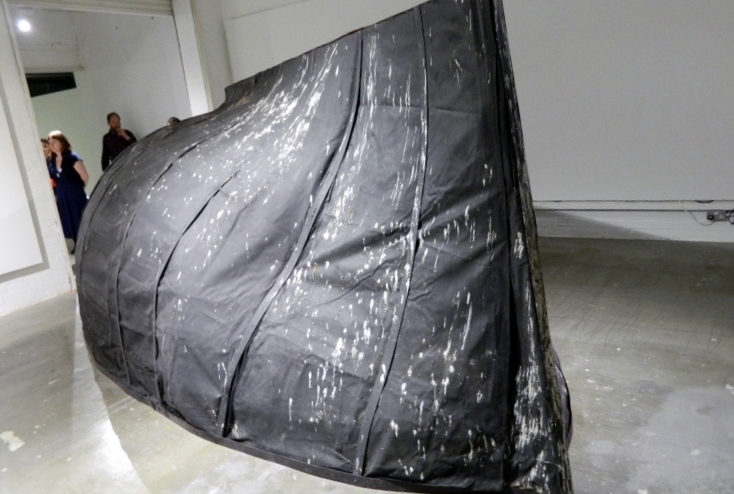 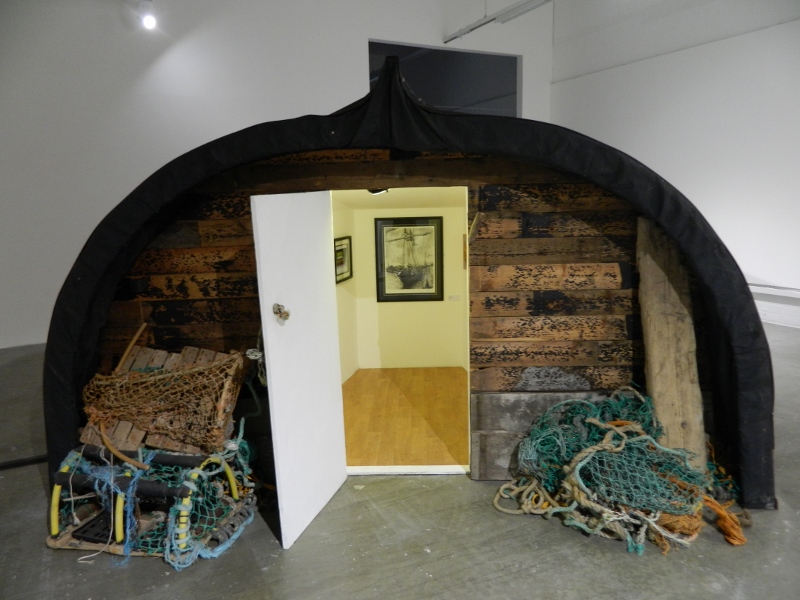 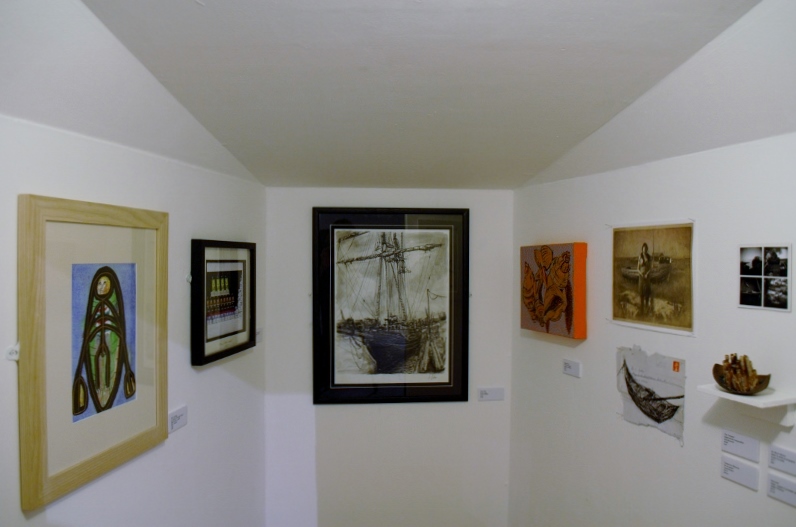 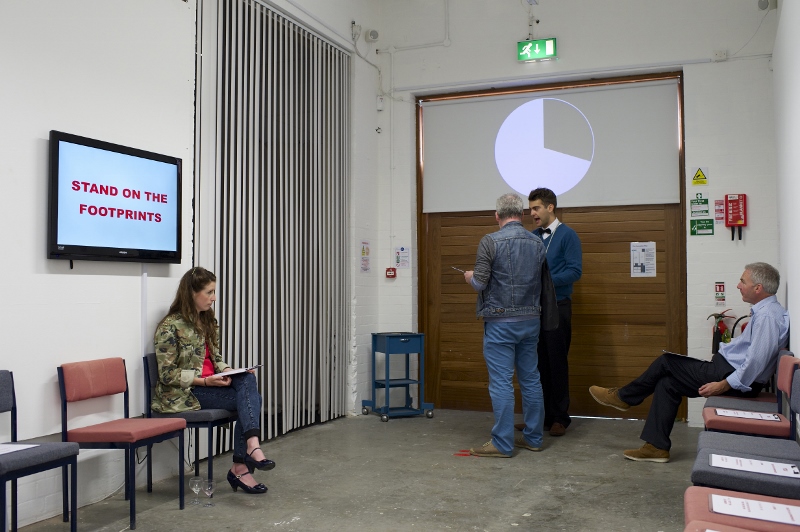 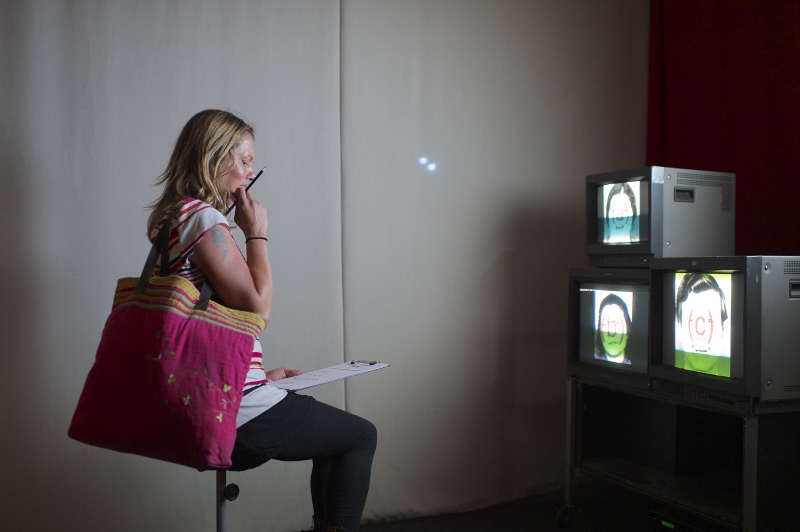 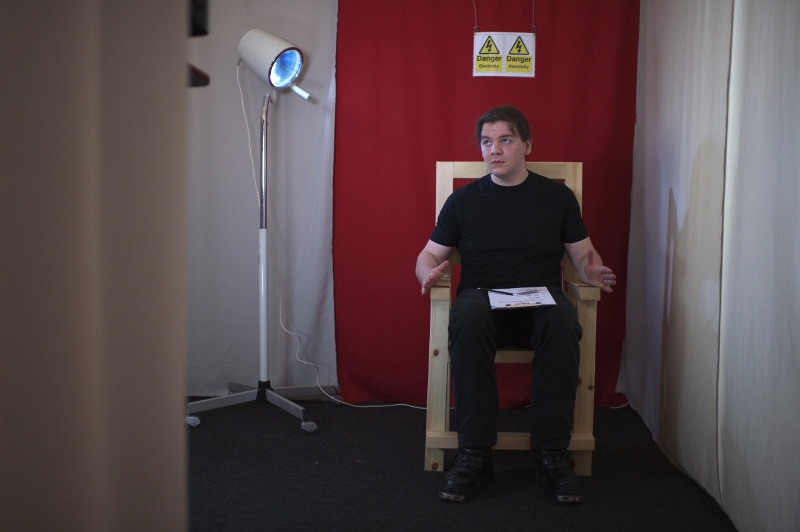 Russian Dolls addresses the issues of collaboration, exchange and ownership, featuring new works by Sighle Bhreathnach-Cashell, Cian Donnelly and Matthew Walmsley.  Each work, in one way or another, involves collaboration with others or includes the work of other artists within their dedicated spaces.  The works simultaneously stand alone whilst forming a component of a larger work.   In this collapsing of authorship, we are urged to consider where ownership ultimately lies.

Matthew Walmsley’s Boat Shed Gallery will take up residence in Golden Thread Gallery for the duration of Russian Dolls.  It is based on the upturned fishing boats which are cut in half and made into sheds on the island of Lindisfarne, Northumberland, near to where the artist lives.  These are used by fisherman to store their nets and other equipment. Walmsley has created a unique sculptural object which also serves as an accessible gallery space, housing an exhibition, All Aboard, involving twelve local artists working on the theme of Boats.

Featuring recreations of various psychological experiments, reality TV and the work of Glasgow based artists Euan Ogilvie and Liam Fogerty, Sighle Bhreathnach-Cashell’s installation, YOU, is a study of human behavior and the ways in which it is affected by the surrounding environment.  Taking inspiration from psychological experiments, interior design and social events, Bhreathnach-Cashell creates site and situation specific installations as settings to be inhabited and activated by an audience.

Cian Donnelly’s use of performance, video and installation explores fictional characters and identities, developed from his drawing and writing practice.  Donnelly’s work combines a variety of languages, from children’s television to musicals and horror films.  He also incorporates his own writing and musical composition as spoken word and song for his performances and videos.  In many ways, Donnelly’s collaborations come from within, as he embraces multiple personalities in the fabrication of his exhibition space.

Russian Dolls sees narratives and relationships shift, as Bhreathnach-Cashell, Donnelly and Walmsley place or redefine existing works in new contexts, creating new works or environments within the context of the exhibition with varying intentions and outcomes.  The concept of the ‘original’ loses significance, as one work exists within another within another, allowing complex and fruitful discourses to emerge.  Where does one work end and the other begin?  Can individual works no longer be read separately?  And as a viewer, where do we begin and end our relationship with the exhibition itself and the artworks it contains?