reports from an agent in the field 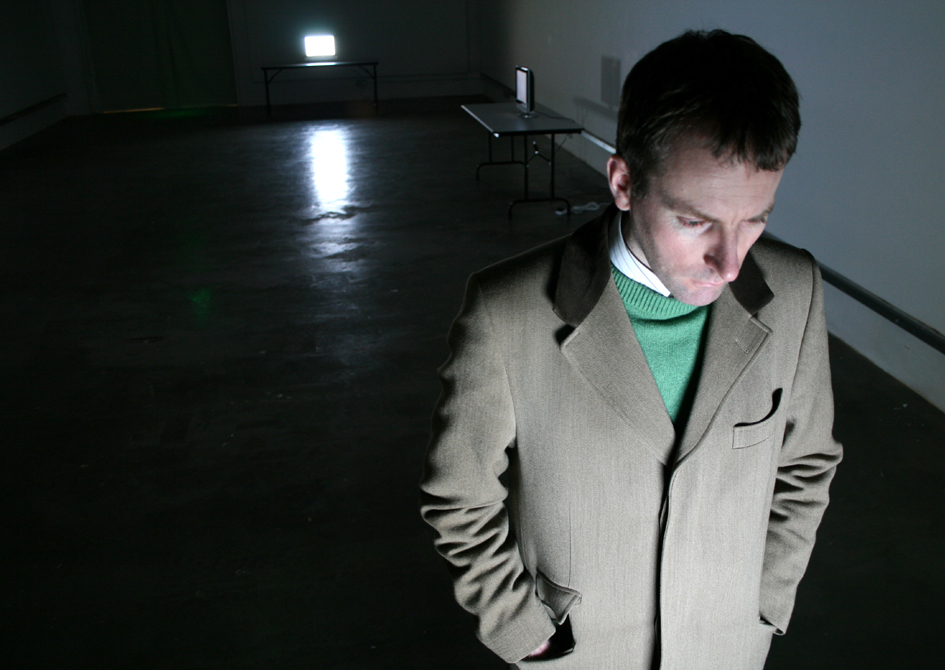 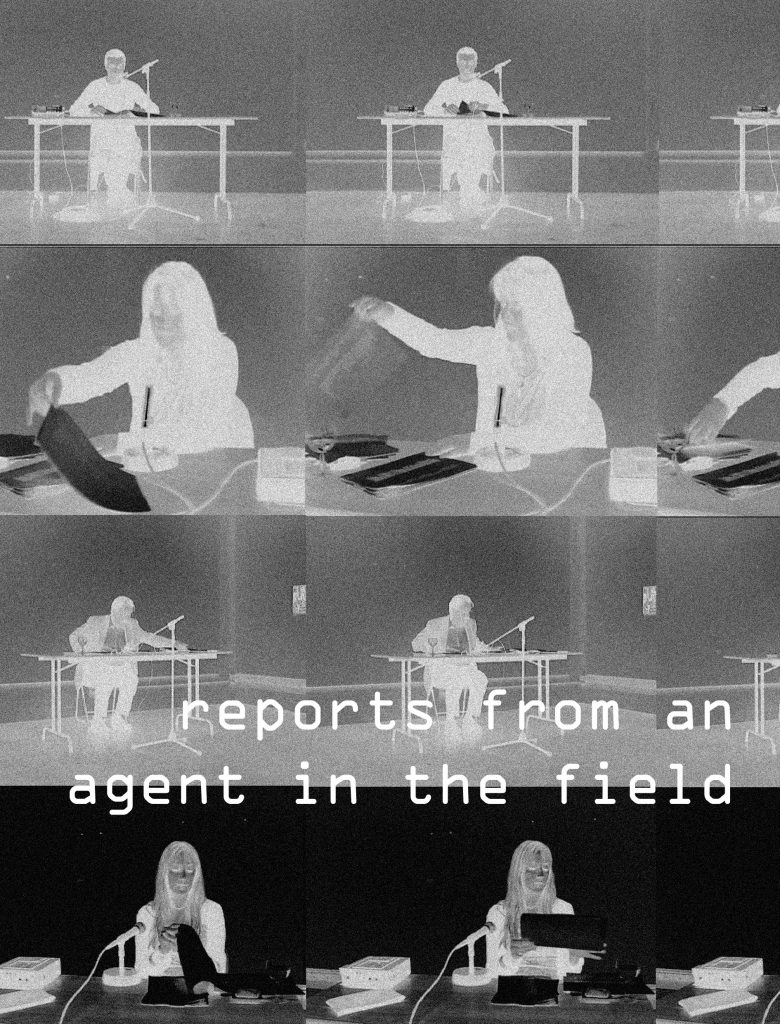 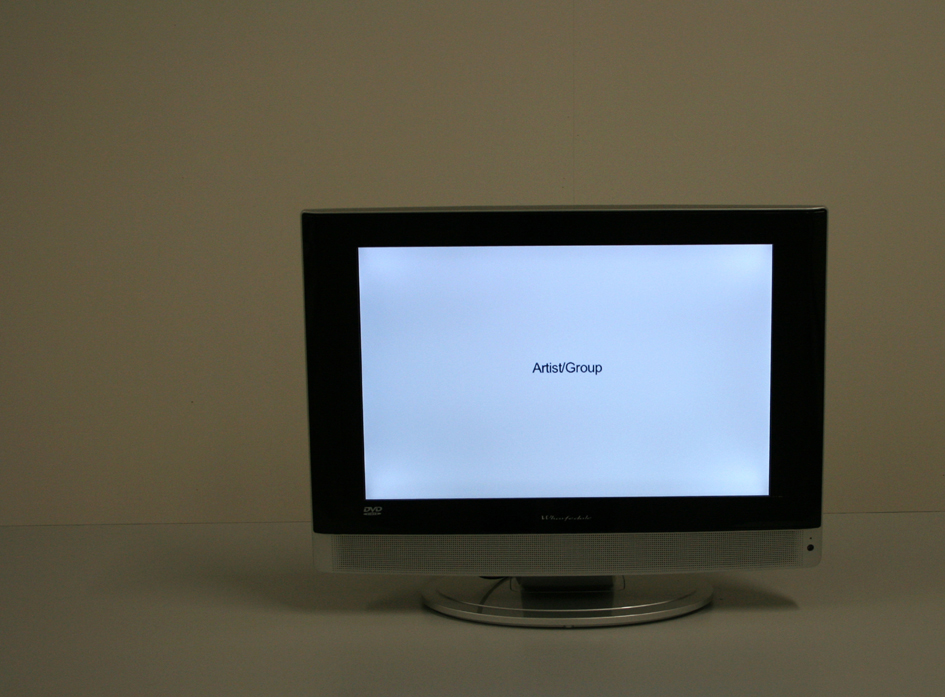 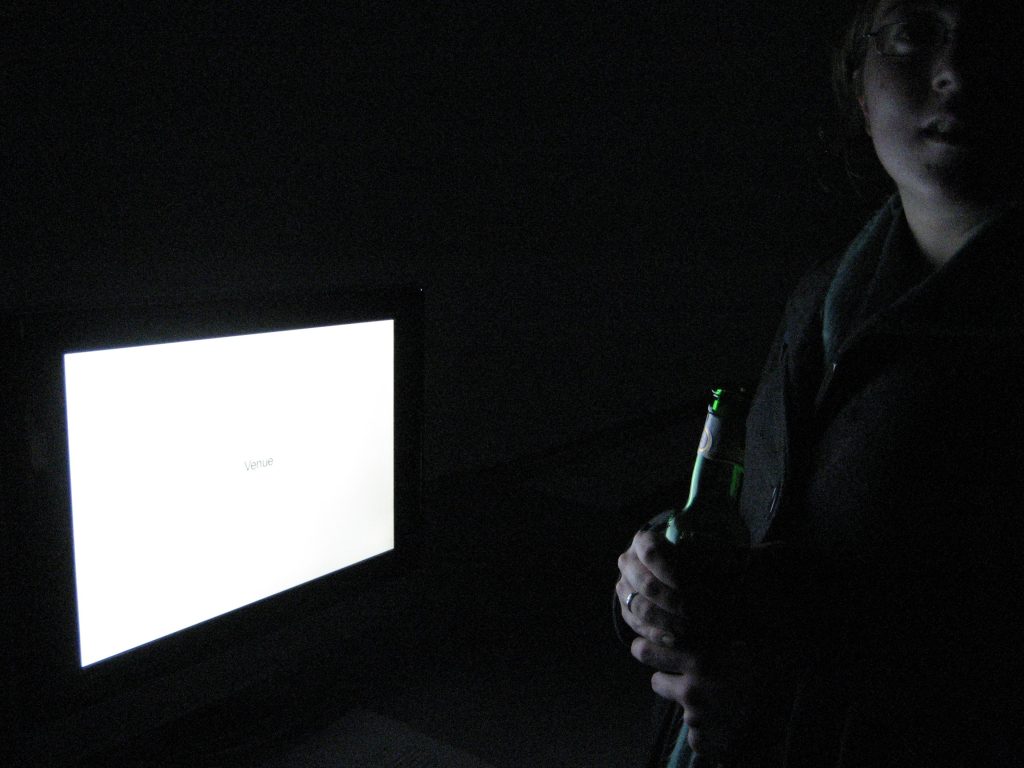 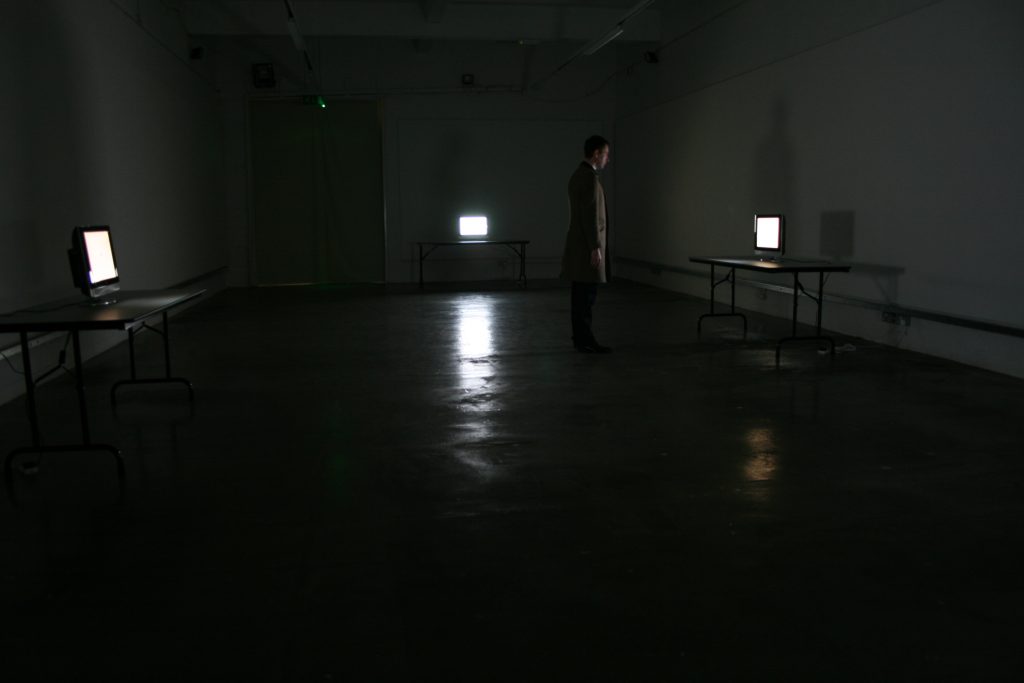 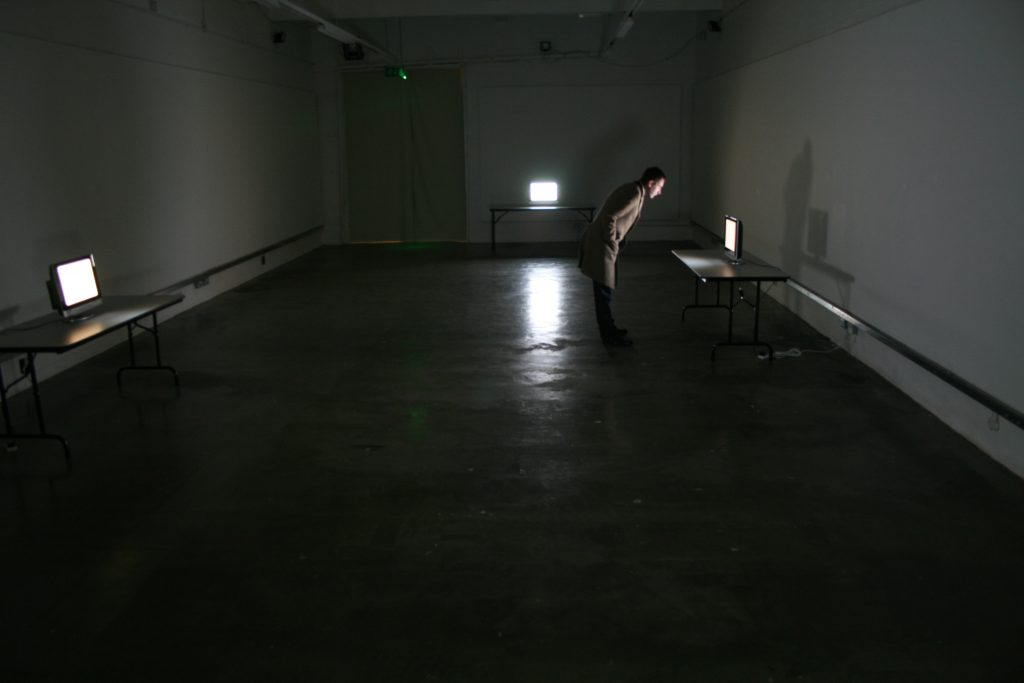 A sound installation, the exhibition provides information in a fragmentary form that denies an easy appropriation of the past.

For this work, a database of exhibitions and art events, held in Belfast from 1960 to 1995 has been compiled. The work uses information from the exhibition database as the source for a series of scripts, which have been recorded live in the gallery. Although the format of the work is tightly structured, the differing pace of each of the readers, and the impossibility of linking together the information, results in a circumstance where comprehension is constantly slipping away.

Details of the exhibitions database

The exhibitions database holds information on visual art events held in Belfast from 1960 to 1995. The information has been extracted from a variety of sources: from newspapers and magazines, mainly from listings, advertisements and reviews; and from ephemeral material such as exhibition invitations, exhibition calendars, and the ACNI Artslink. (See Volume 1, Chapter Five, section 2: 1.1 for more details on these sources.)

The database used in reports from an agent in the field, and in the analysis of venues in the thesis text, consists of material previously used in Surveiller (2004) database which has been updated and augmented, plus new material for the period 1960 to 1968.

The database record for each event consists of information entered in a number of fields entitled: Type; Start-date; End-date; Artist/Group Name; Title of Exhibition; Venue; Source 1; and Source 2. (See Plate 1 for a sample extract from the database.) The Type field records if the event was a one-person, two-person, etc. up to six-person exhibition, or a group exhibition. One of the objectives in building the database was to name as many artists as possible, within reason, if that information was available. The number six was set as the upper limit, after which the event would be considered a group show.

When the database was initiated as the basis for the Surveiller installation,  the intention was to build a parallel chronology to that published in each issue of Fortnight magazine, and those compiled by Deutsch and Magowan (1973 & 1974), relating to political events in Northern Ireland. Deutsch and Magowan date the beginning of the “Troubles” to the 25th of March 1968, and this date was used as the starting point for the Surveiller database. However, it was not always possible to ascertain if the opening date found referred to the preview date, or the date of opening to the public, and, at times, significantly differing dates were found for the same event. These discrepancies were indicated by placing an asterisk next to the source. Records were limited to those for which a reasonably accurate start-date could be found.

For reports from an agent in the field, a more inclusive approach was taken: if a reference was found to an event, but no accurate date could be identified, then the date of the source was recorded in the start-date field. The fact that the date was approximate was flagged up in the source field. An end-date, or approximate end-date, was also included if available.

Either individual artists’ names, or the name of the exhibiting group, e. g. the Royal Ulster Academy, were recorded in the Artist/Group field. If no specific group was involved “N/A” was recorded in the Surveiller database, and “Group” in the reports database. If no particular event-title was found, it was recorded as a “One-Person Show”, etc., up to six-person, or “Group Show”.

The Venues field includes the full range of locations, from established galleries to miscellaneous spaces (including shopping centres, hotels, and a barbers shop), used for the presentation of visual art events. Some events which were presented in public libraries were included in the Surveiller database, but not those originating from recreational art groups etc. For reasons of consistency this convention was maintained in the reports database. (However, the use of public libraries was recorded in the venues database, Table E, and in the Time Series Tables F1-F8.)

The Source fields record a reference to the location of the material from which the data has been extracted. Many of these were from published sources, (annual reports, newspapers etc.), but in the case of more ephemeral material, (exhibition invitations, press-releases etc.), the physical location of the material was recorded. These locations include NIVAL, and also the personal collections to which access was permitted. In order to allow the print-out of the records, including all fields, on one page, the information in the Source fields is in a shorthand form.

The scripts for reports from an agent in the field

The information in the database was ordered, according to date, in descending order, from December 1995 to January 1960. The information for each year from four of the fields, was then exported separately, using the query and report functions of the database software. These four fields were: Start-date; Artist/Group; Title; and Venue. In each case, the information from the Type field was also exported. This was to facilitate the deletion of duplicated material from the other fields. This duplication occurred, for instance, in the case of a six-person show, when the date, title and venue, was repeated six time. Five of these entries were deleted, but all six artists’ names retained. (See Plates ? and ? for sample scripts.)

The process provided four separate scripts for each year, and 144 scripts in total. These scripts were read aloud by four individuals, and recorded live in the gtGallery. All four were reading simultaneously, in different parts of the gallery, but each person was recorded separately. The scripts were presented to the readers in a fixed sequence, depending on the first field being read by each reader.