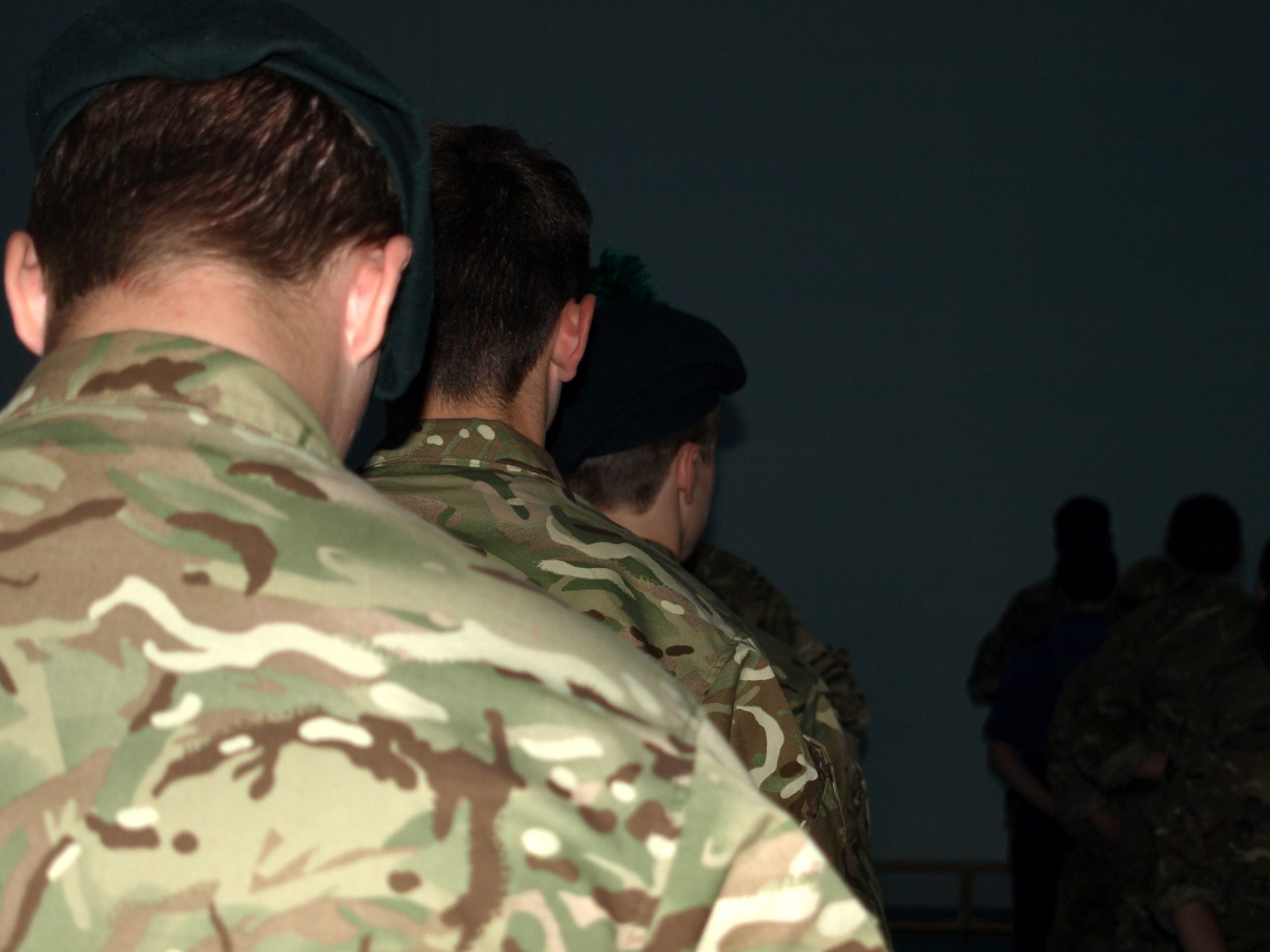 PRONTO
A project by Mhairi Sutherland for Radio relay 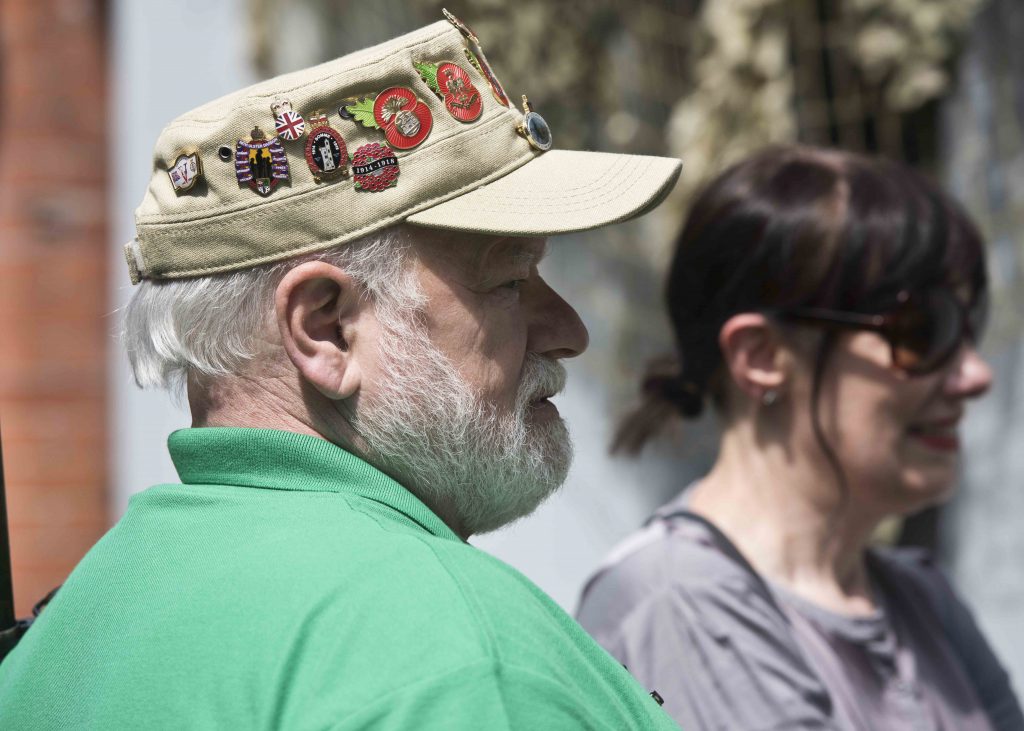 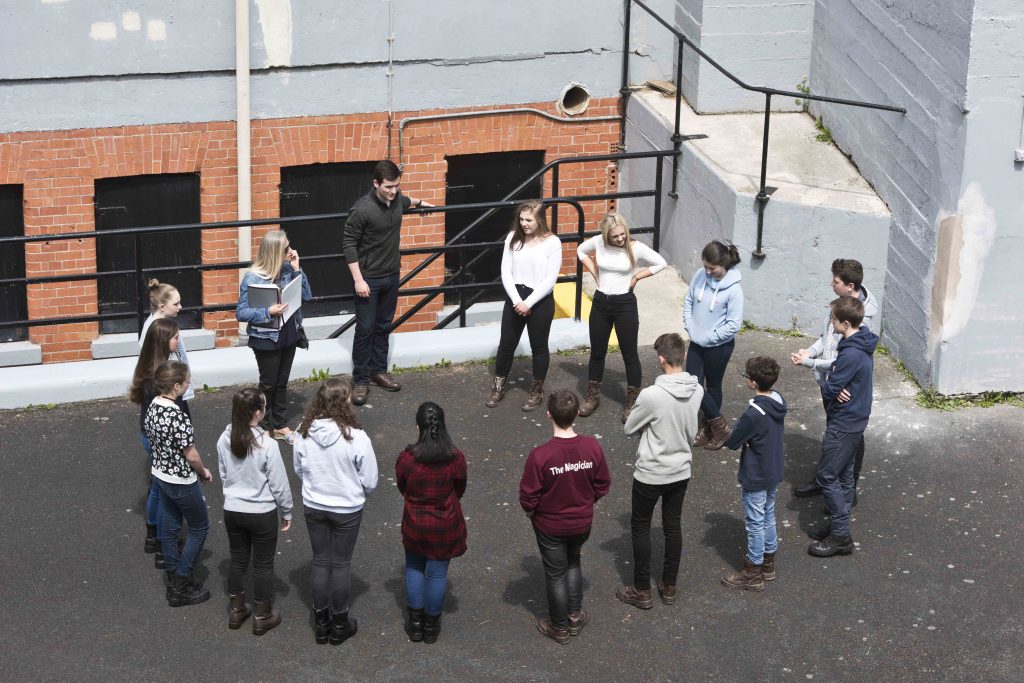 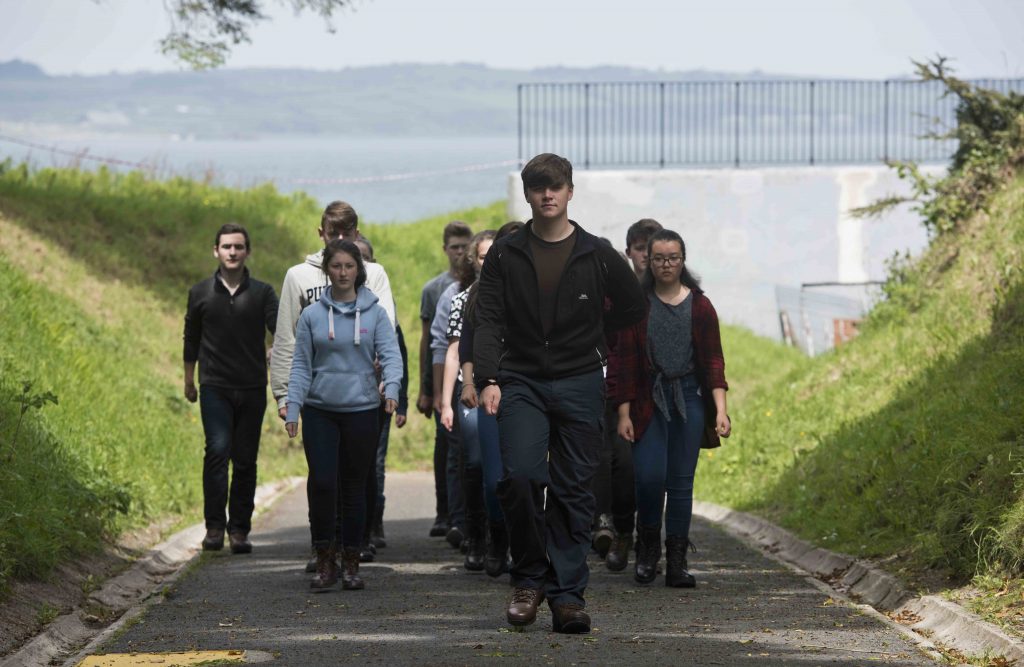 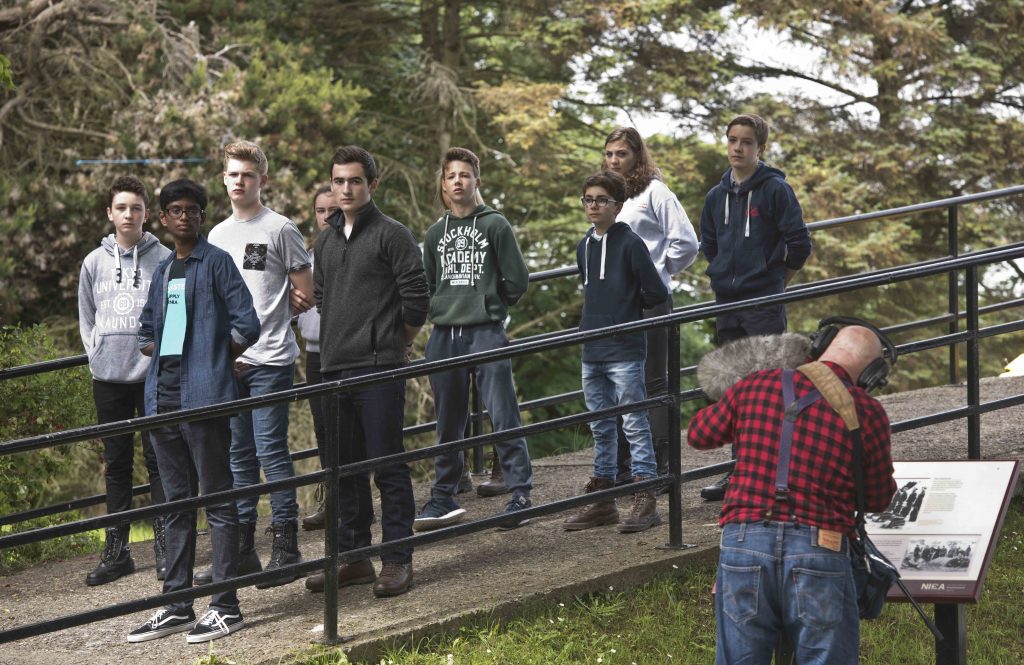 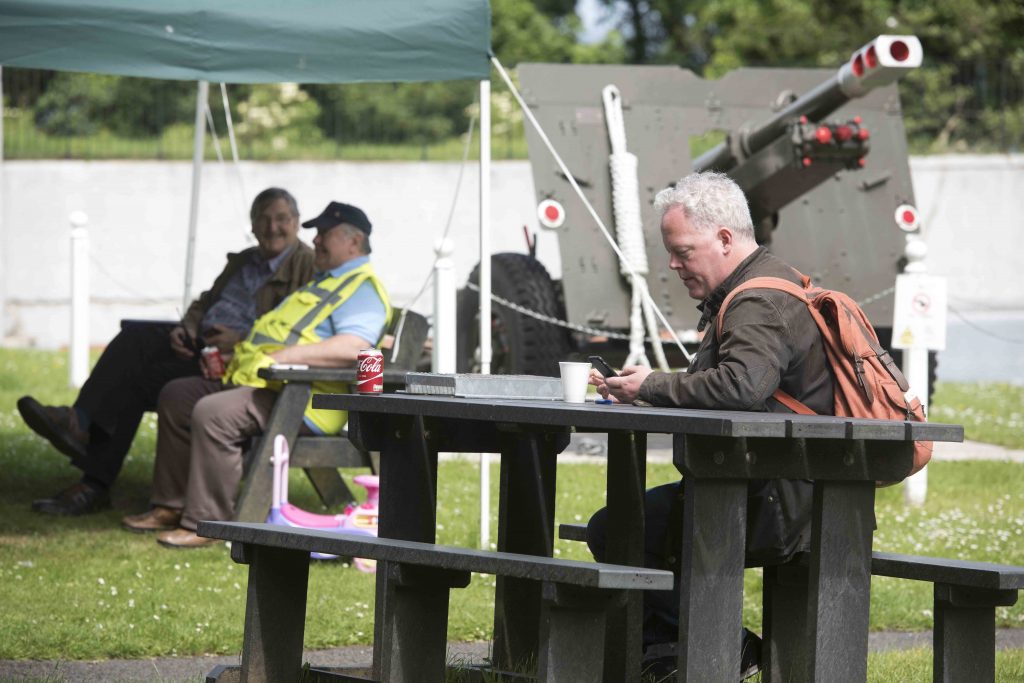 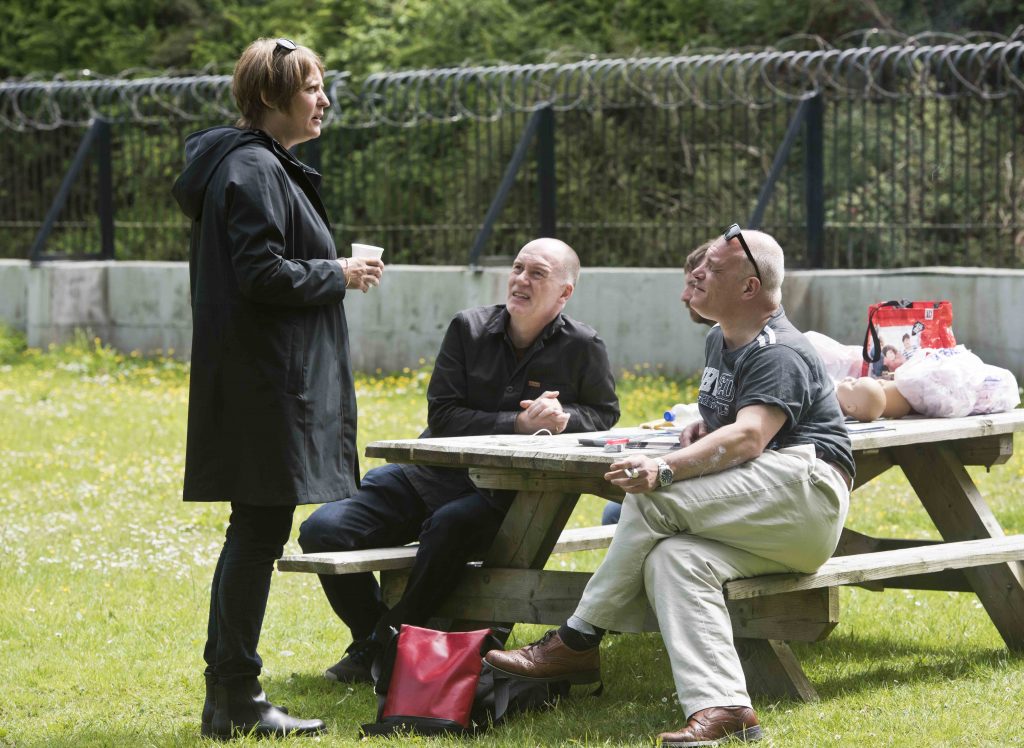 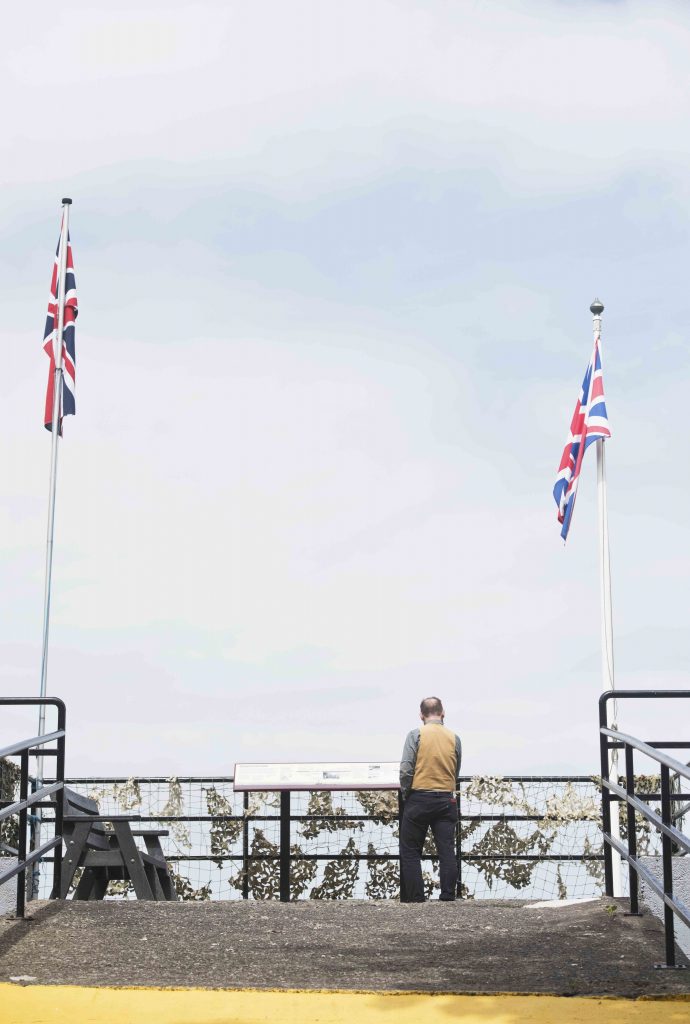 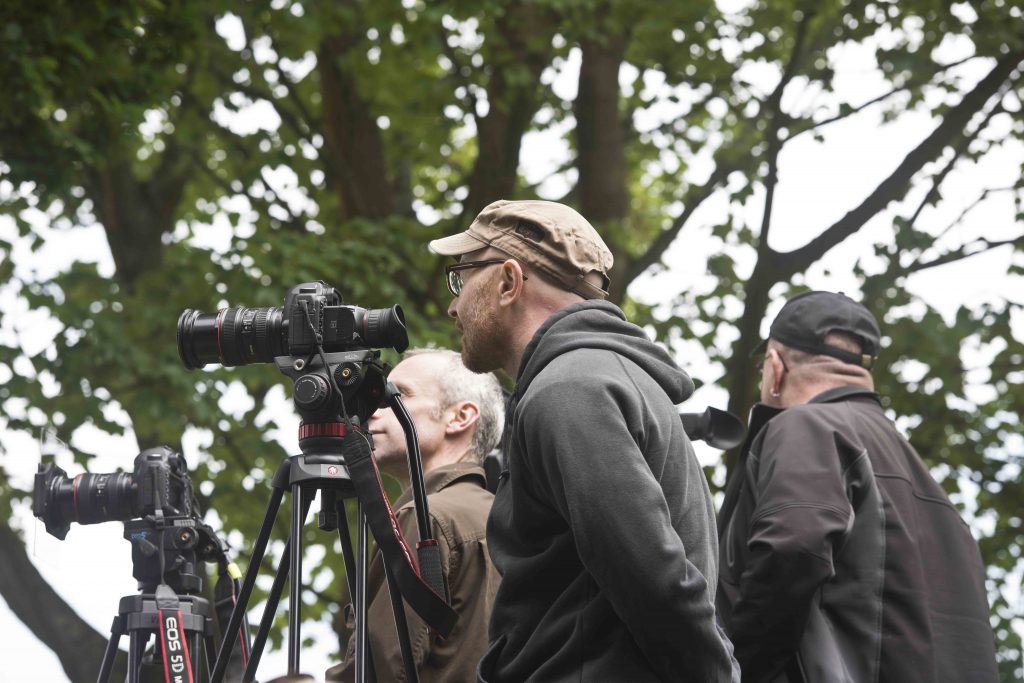 Mhairi Sutherland’s work explores the archaeology of military environments and the shaping of landscape by political forces. For Radio Relay she has choreographed PRONTO, a ‘performance’ at Grey Point Fort with young cadets from the local area. This performance work, which will be filmed, explores the idea of the ‘People’s Megaphone.’ This form of communication, where groups of protestors repeat a speaker’s message, has been utilised in public demonstrations, including the ‘Occupy Wall Street’ movement, to enable crowds to communicate when other forms of amplified broadcast have been restricted.
Radio Relay is a schedule of new artworks co-commissioned by 14-18 NOW, the UK’s arts programme for the First World War centenary, and Golden Thread Gallery, Belfast. From the world’s first radio broadcast during the Easter Rising to the first trench-radio experiments in the Battle of the Somme, radio technology has played an important role. From 17th to 20th June 2016, Radio Relay tunes into the magic of radio with new commissions from Graham Fagen, Paddy Bloomer, Colm Clarke, Gareth Moore, Philip Hession, Sara Morrison and Mhairi Sutherland. Join us at one of the Radio Relay sites, tune in at home or experience extracts at www.goldenthreadgallery.co.uk.
About the artist:
Mhairi Sutherland is an artist based in Derry. She was awarded a PhD in 2012 from DIT, Dublin for her thesis through arts practice in photography, conflict and landscape.
Mhairi would like to thank the following for their involvement with PRONTO;
CCF Bangor Grammar Staff Sergeant Watkins
The young people of the CCF (Combined Cadet Force) Bangor:
Sam Donaldson – RSM. Jacq Watton – First Narrator. Aqeel Mohamed – Second Narrator. Alex Lloyd, Hannah McCoo, Jamie Campbell, Carl Palnoch, Ben Mingout, Corey Crosby, Gina Reid, James Greer, Amy Adair, Sydney Murray, Michael Dempster, Lois Patterson, Emily Fawthorp, Ellen Henry, Tia Brown, Jack Fry, Angus Christie, Calvin Thompson, Mia Miskelly, Maryam Shah, Zoe Foster and Hope Harkins.
The Grey Point Fort team of volunteers, and Martin Keery of the NIEA
Richard Van Emden, author, for his permission to script a narrative from his publication Boy Soldiers of the Great War, pub. Bloomsbury 2012.
Mr Barry Niblock, local historian, Bangor.
Caroline Corvan, Curator and staff at Royal Irish Fusiliers’ Museum, Armagh.
Kevin Hippseley and team at The Hive Studio, RathMor Centre, Creggan Enterprises in partnership with Guildhall Press.
Helen McComb, Glennane, Armagh. Helen’s great uncle was Private Thomas Chambers, A Company of the 9th Battalion of the Royal Irish Fusiliers’, part of the 108th Infantry Brigade of the 36th(Ulster Division). Pvt. Chambers kept a diary during his time travelling to, and serving in France. He was killed in action aged 17, on the first day of the Somme offensive, 01 July 1916. Many thanks to Helen for her interest and kind assistance.
#RADIORELAY
#1418NOW
MAP
3pm, Saturday 18th June 2016, Grey Point Fort, Helen’s Bay, Co Down
PRONTO film installation, Grey Point Fort from 1st to 30th July 10:00 to 17:00 Wed, Fri to Mon