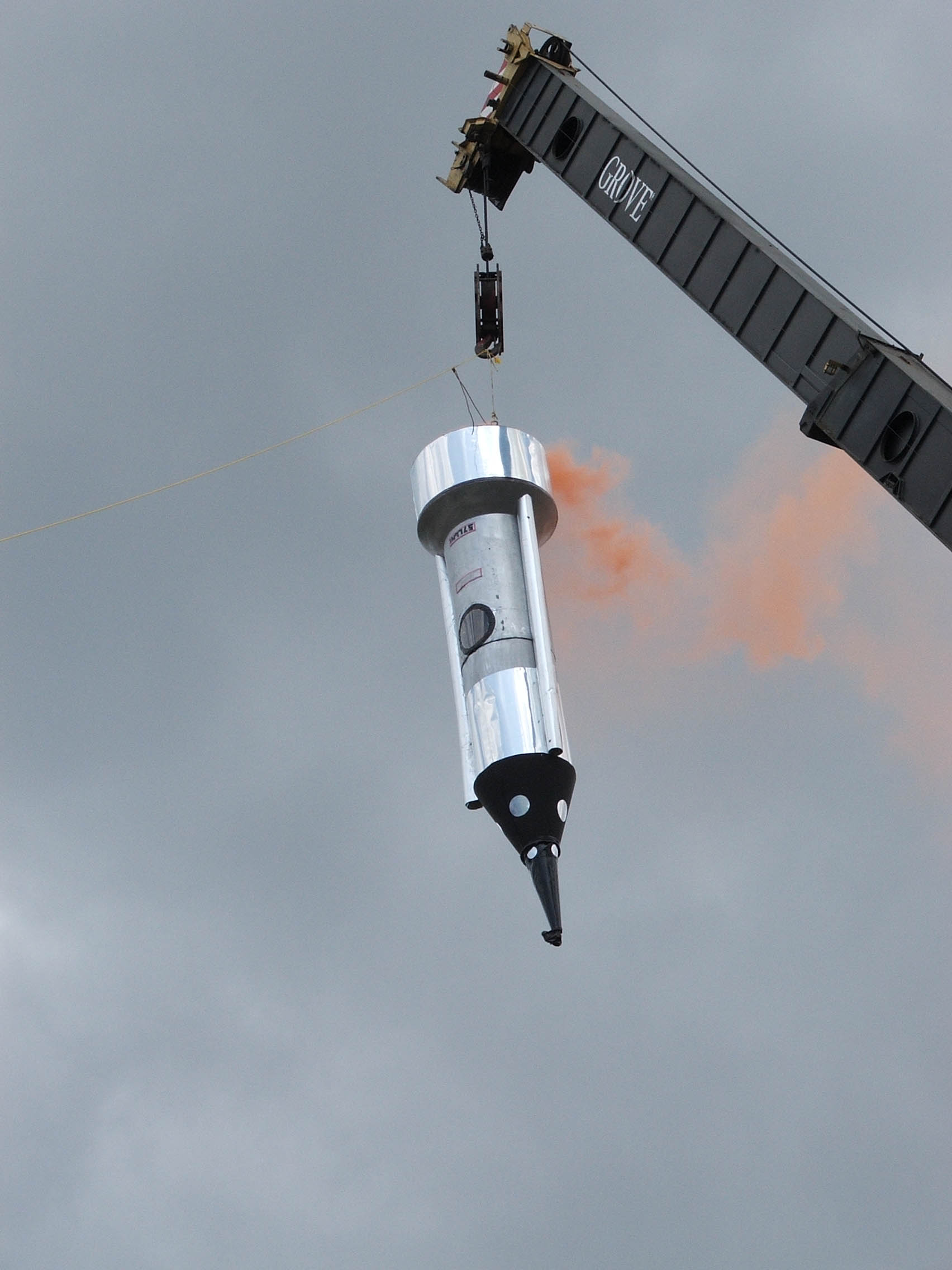 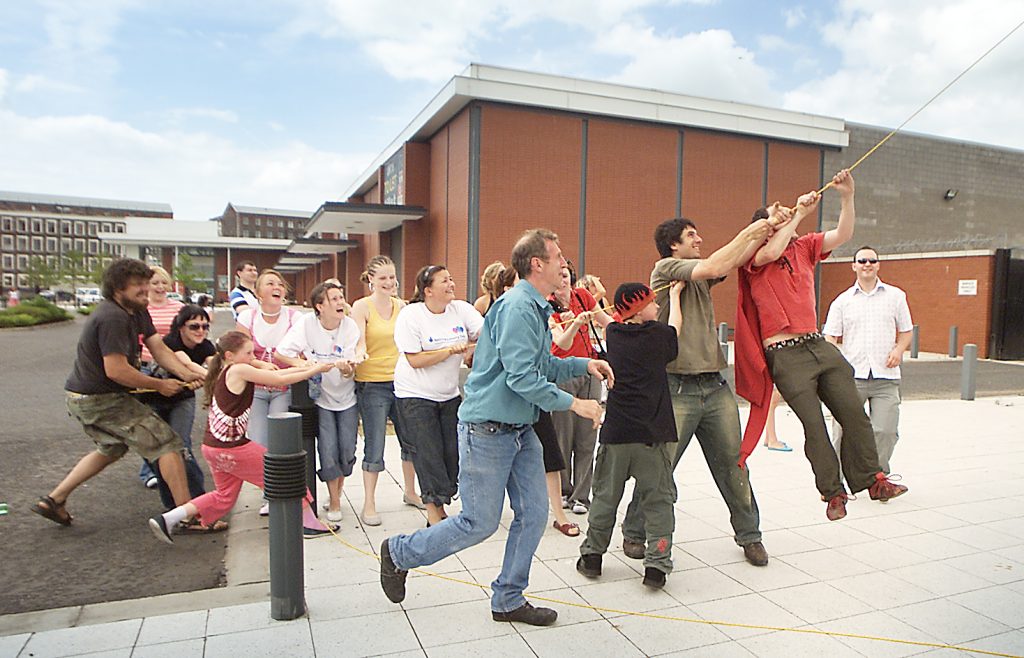 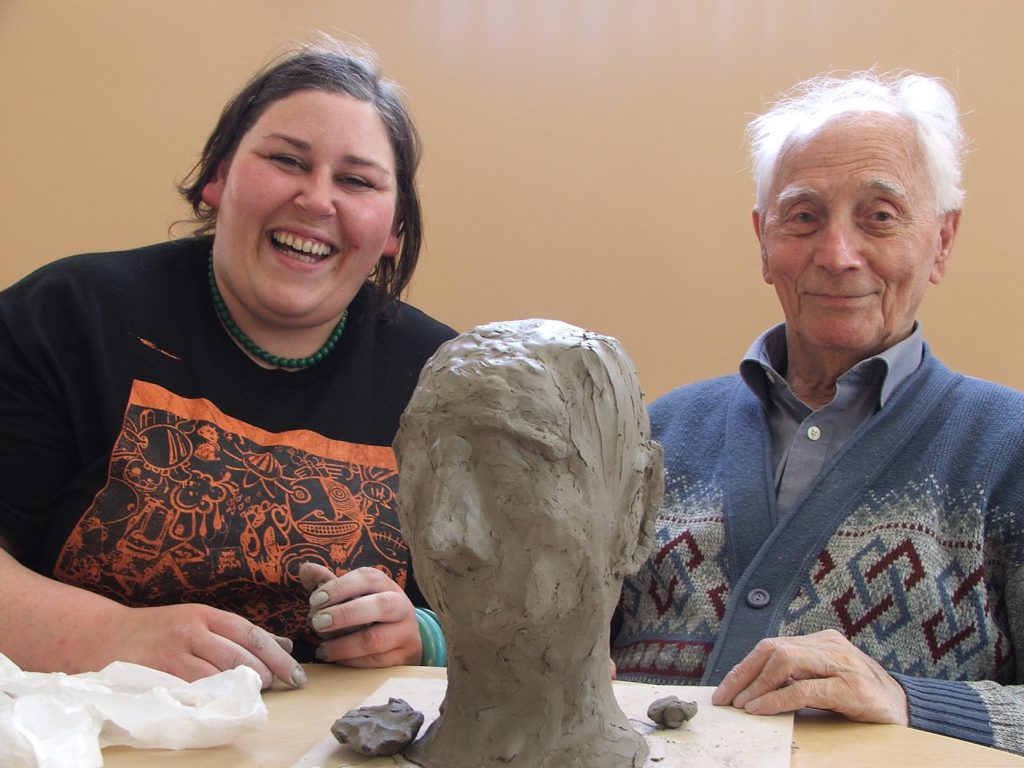 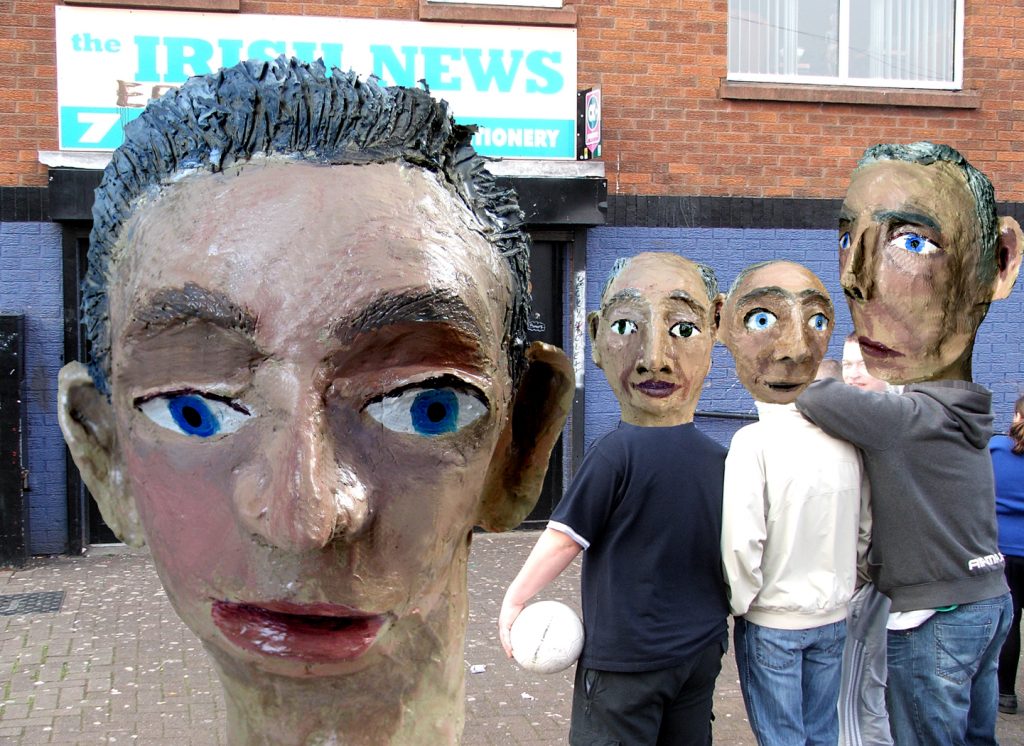 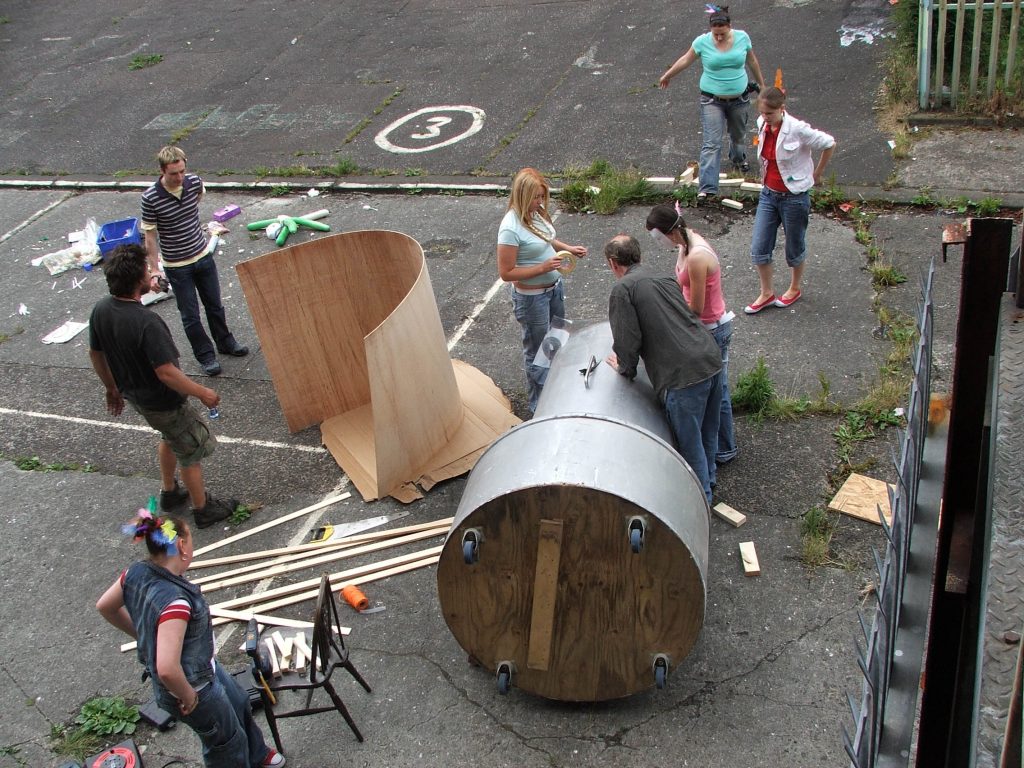 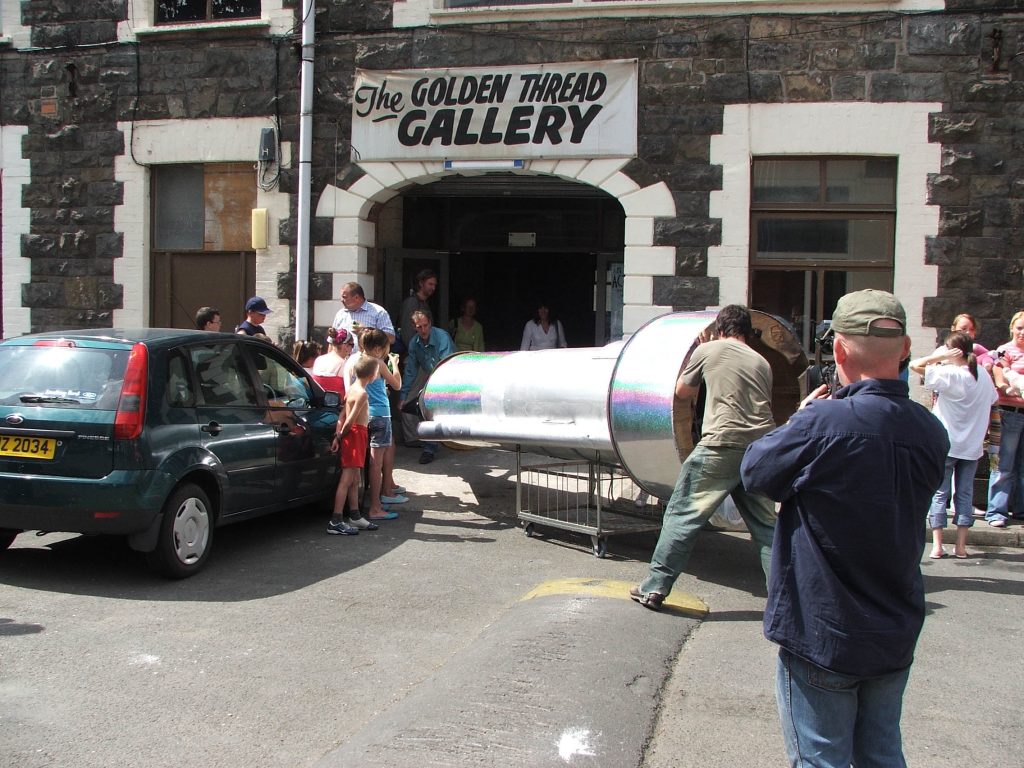 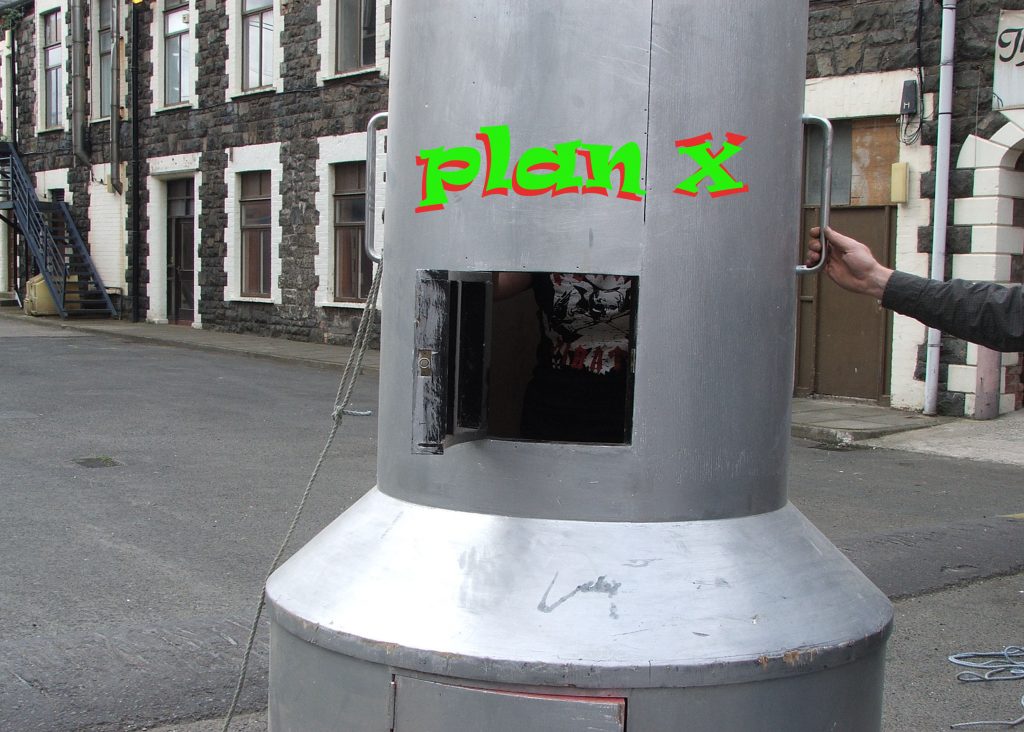 Not simply an exhibition of works of art, Plan X was an extensive collaboration of a variety of artists, community groups, local communities, and even the police service. The overall idea was to bring art alive within the local community and the situation of the gallery, which was then residing on the Crumlin Road in Belfast. Although well established on a more international level, the gallery appeared to be overlooked by locals, and from this came the construction of Plan X. Over a period of time a variety of smaller projects took place, such as rocket construction, alien landing, filming, puppet animation and much more. The final collaboration brought together all the various strands of the project and housed it within the gallery. The main focus of Plan X was to integrate the outreach program with the gallery program. The work manifested in a variety of forms, from aliens and rocket debris to video footage and clay sculpted heads, and by involving local communities and community groups in both the creation and the display of the project work, people were able to gain a better knowledge of art, and of the gallery.