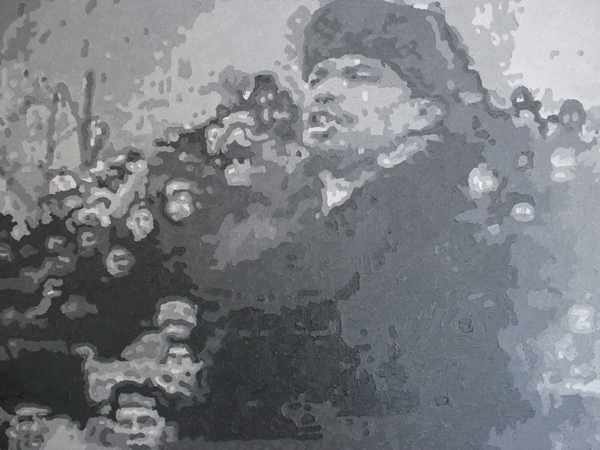 Parodos GTG
An exhibition of work by Colin Darke 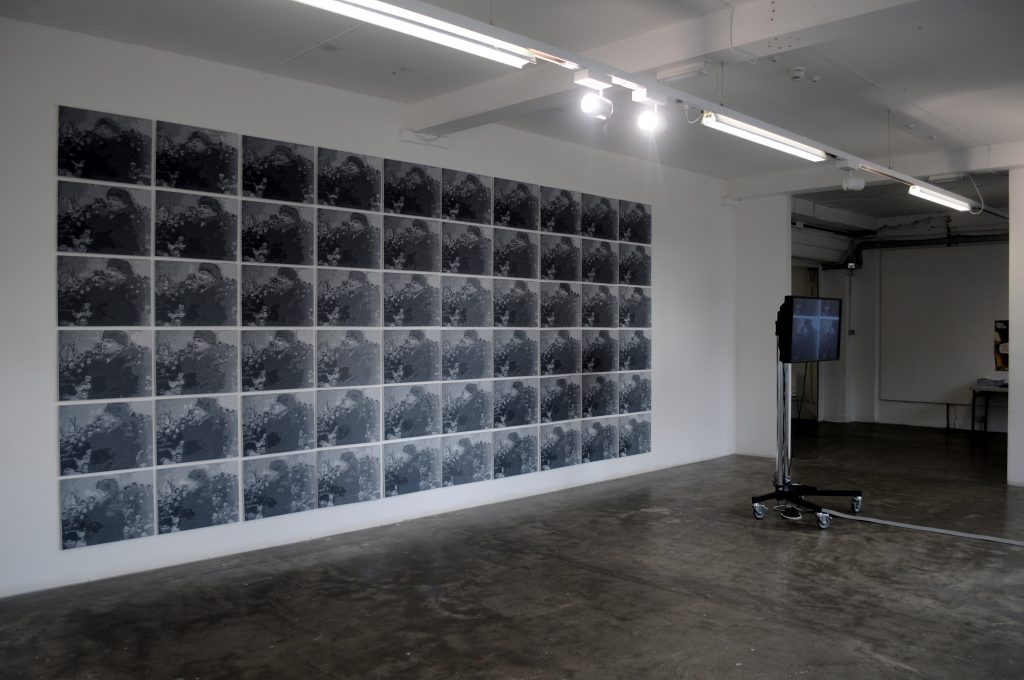 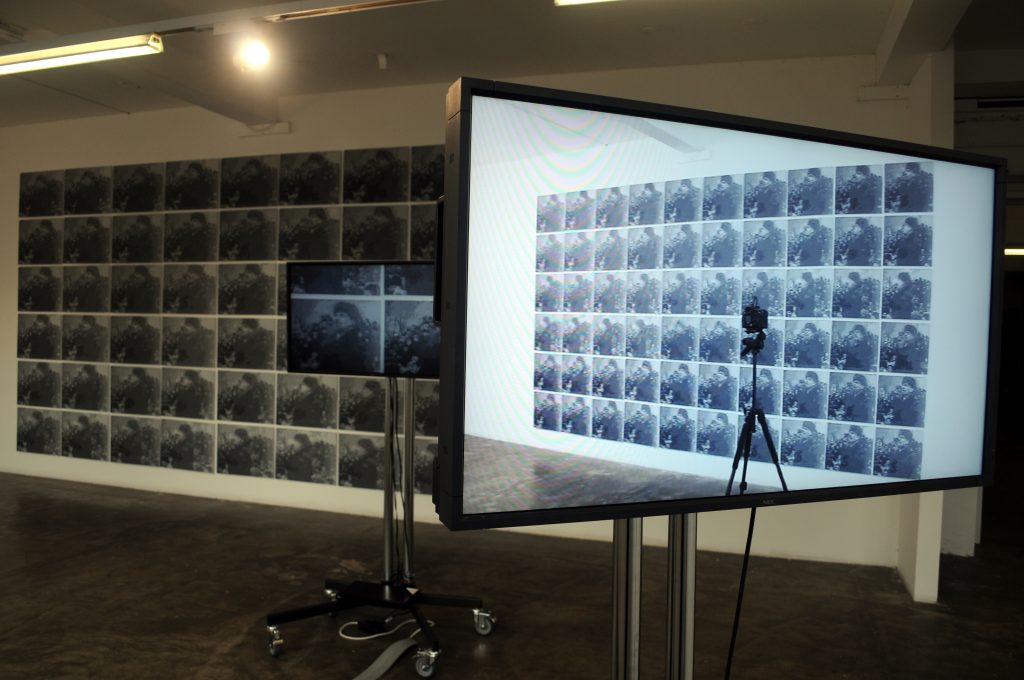 Pardos GTG is the first showing of Colin Darke’s most recent series of paintings. Parodos, along with accompanying animations of its installation in the gallery space.

The work, consisting of sixty paintings and two animations, reproduces a short film of the delivery of a speech by Russian revolutionary leader Vladimir Lenin. It refers simplicity to Sophocles’ play Antigone and Lenin0s looped back-and-forth motion as he addresses his audience echoes the movement of the Greek chorus as it expresses the moral arguments of the drama.

In formal terms, the piece also references the work of Bertolt Brecht, in which “Film in its own right can be used in the epic theatre as a kind of optical chorus”.

Colin darke, originally from London, is based in Belfast. He studied at Goldsmiths College from 1977 to 1980 and is currently completing his PhD at the University of Ulster.