Out of Darkness: 40 years of Northern Ireland Press Photography 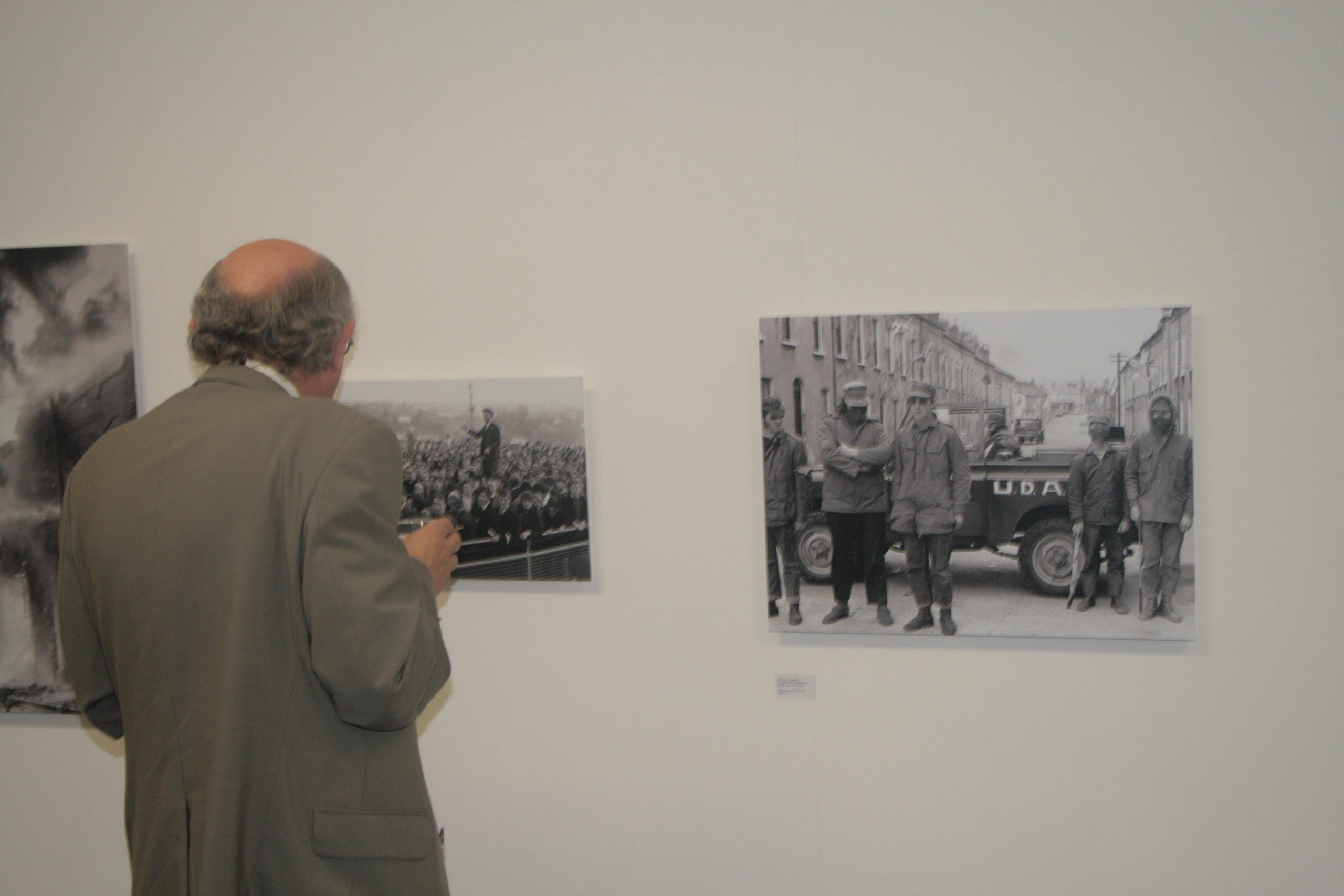 Out of Darkness: 40 years of Northern Ireland Press Photography
Curated by Peter Richards 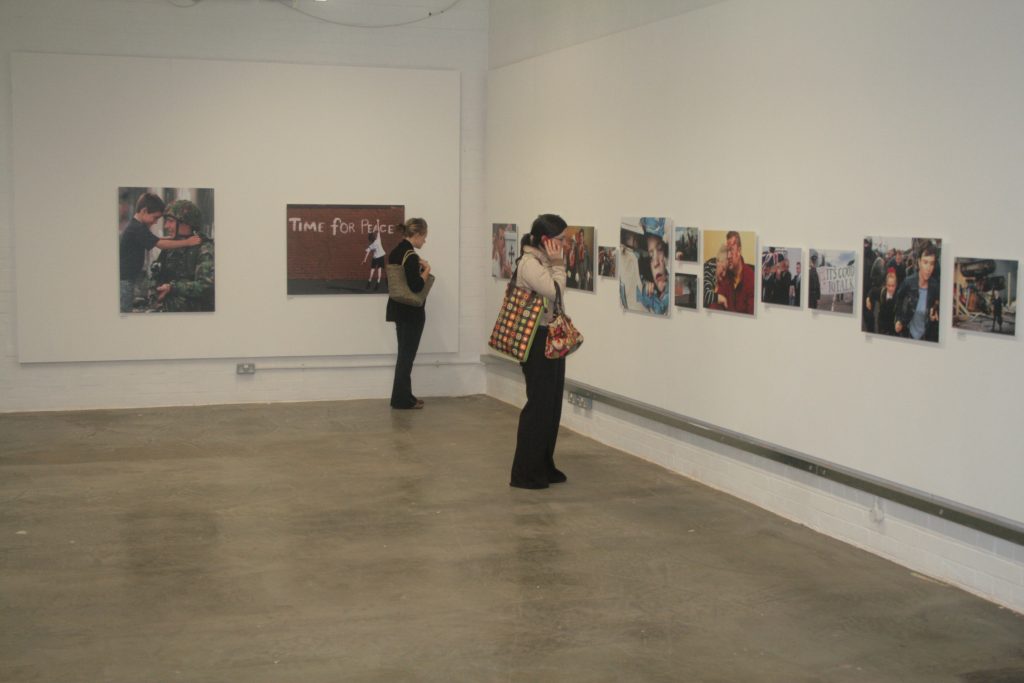 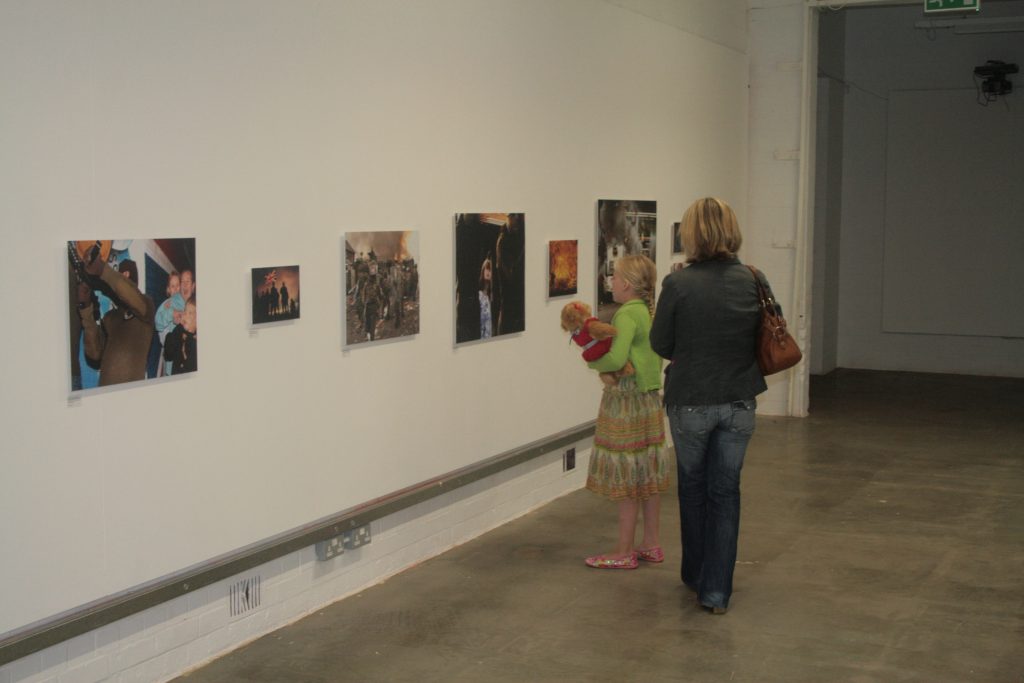 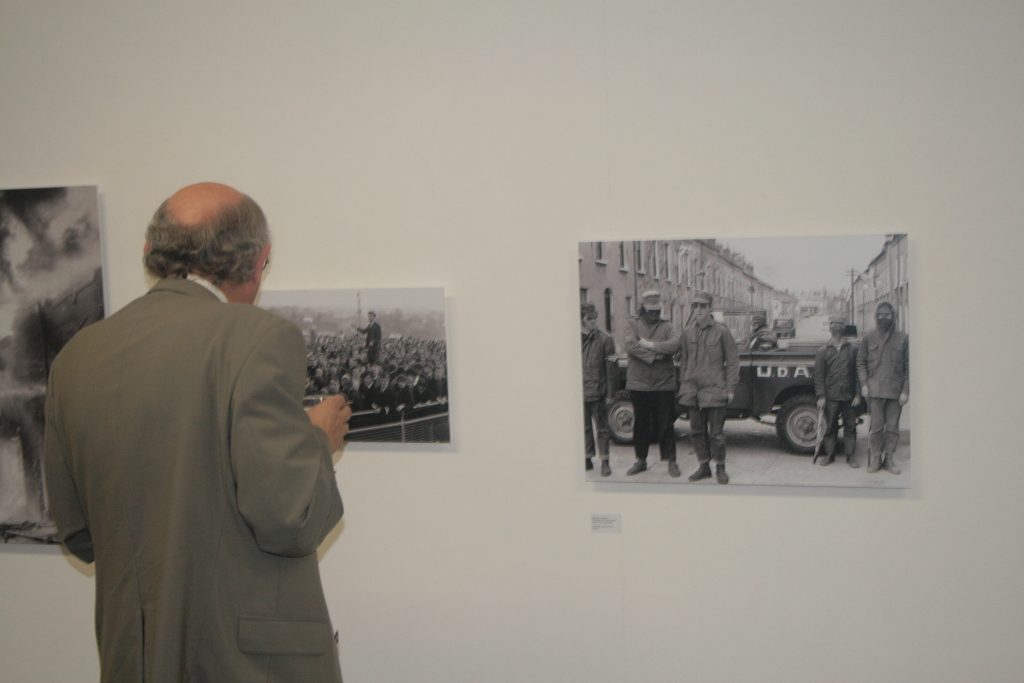 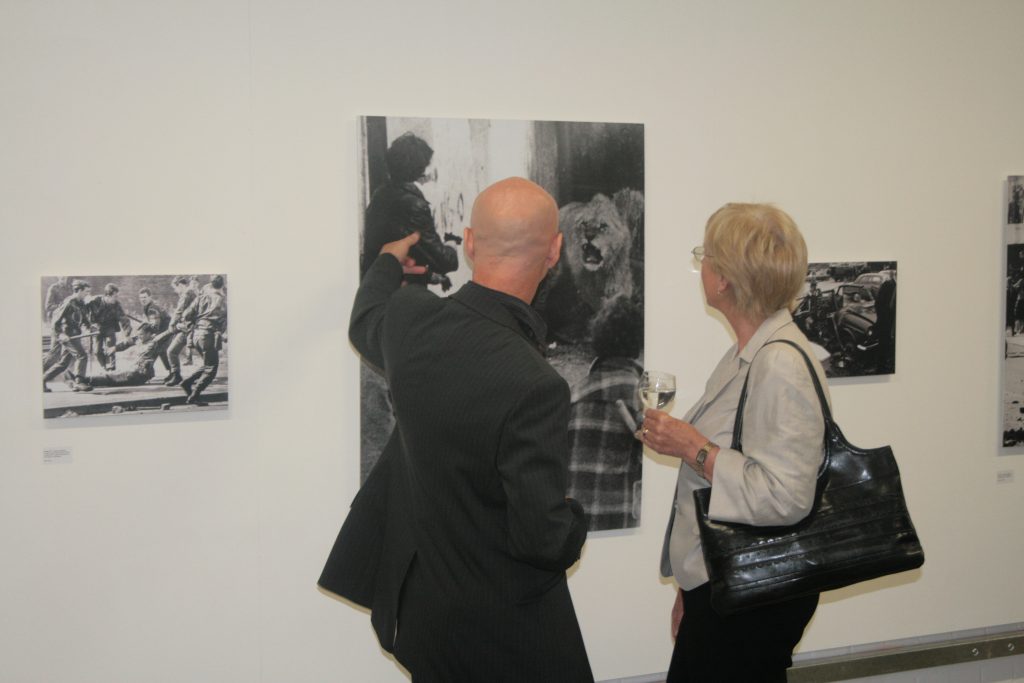 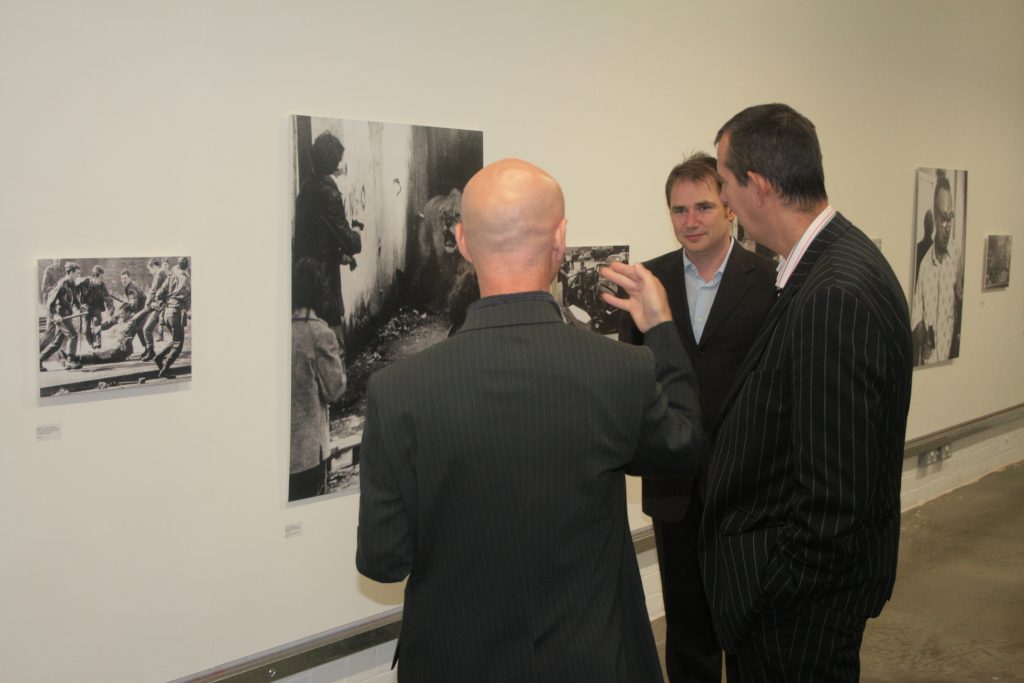 Northern Irish press photographers, often placing themselves in direct danger, have captured not just the image but the emotion. As Seamus Kelters in the accompanying publication states “They are a first witness to a slice of time. In that moment made permanent they freeze forever a truth.”

With images of lone gunmen, death and destruction you could be forgiven for assuming that the picture of Northern Ireland is a resolutely negative one. For a time maybe it was, but with a changing political situation came images of hope. Images of world leaders like Bill Clinton ready to take a chance. Images of sporting heroes instead of masked gunmen, images of achievement, hope and wonder. Iconic images.