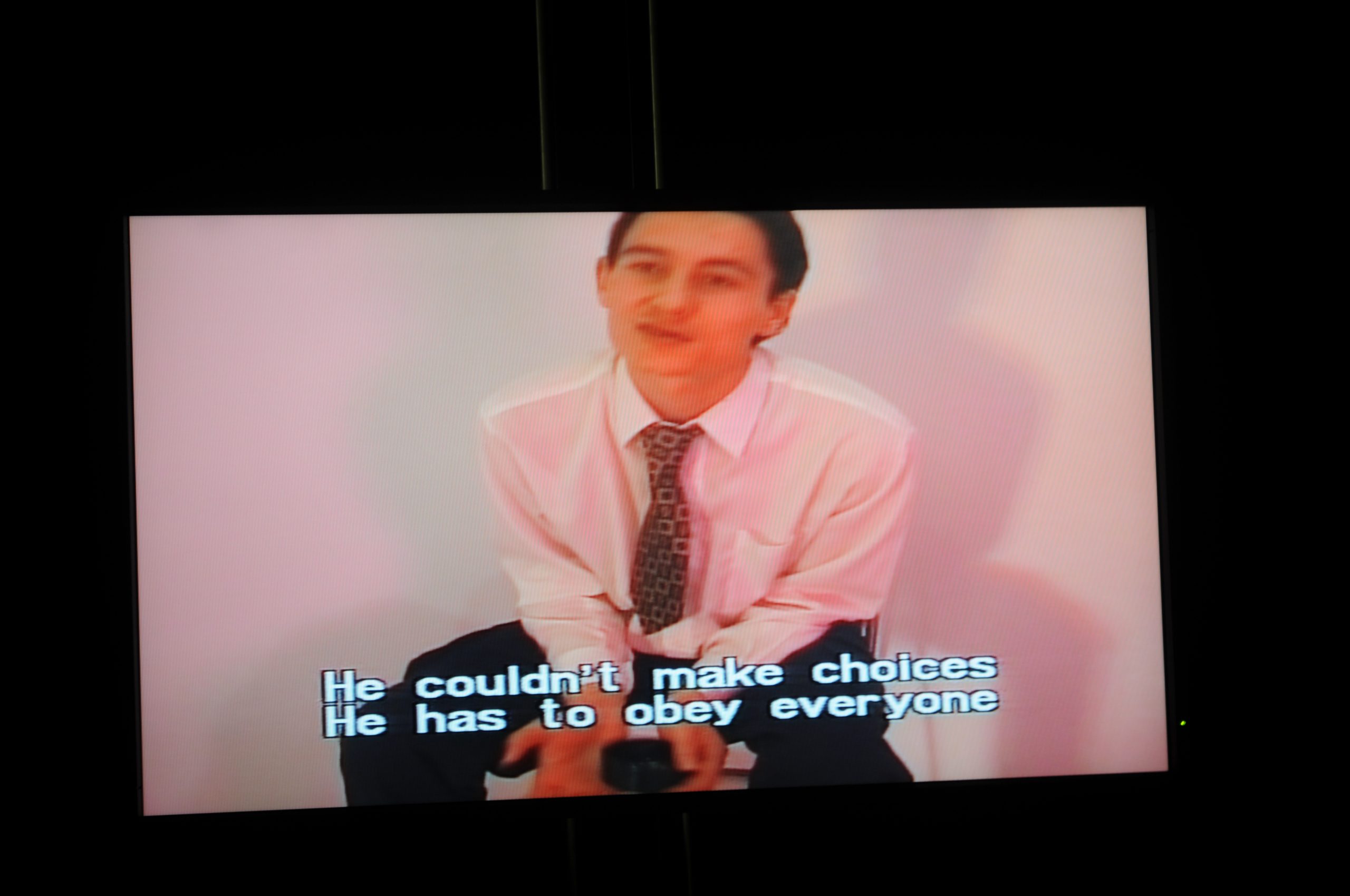 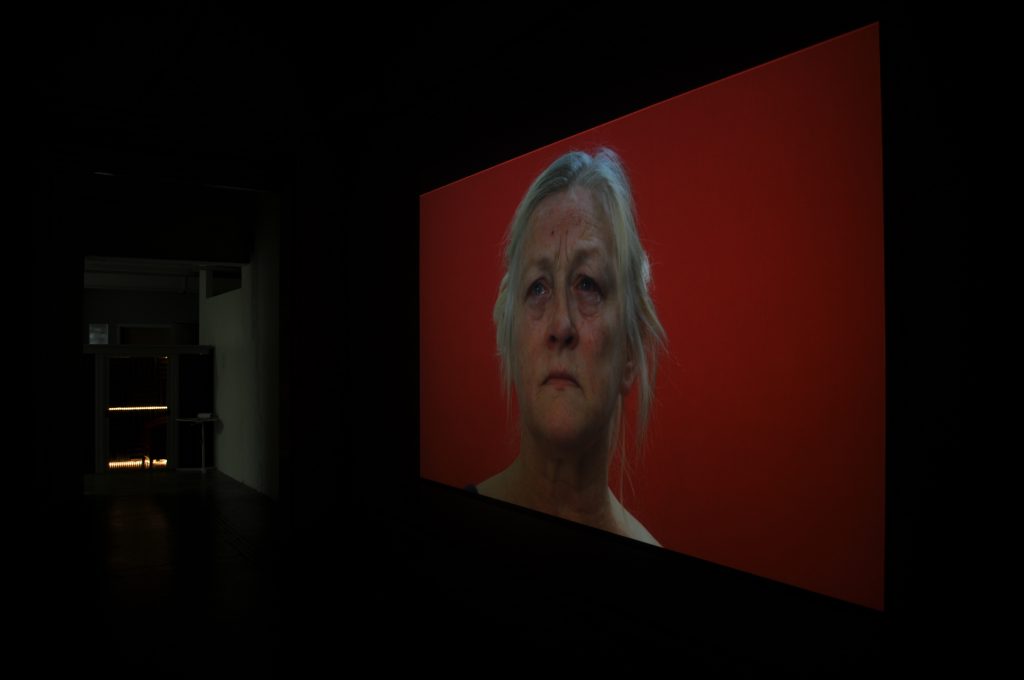 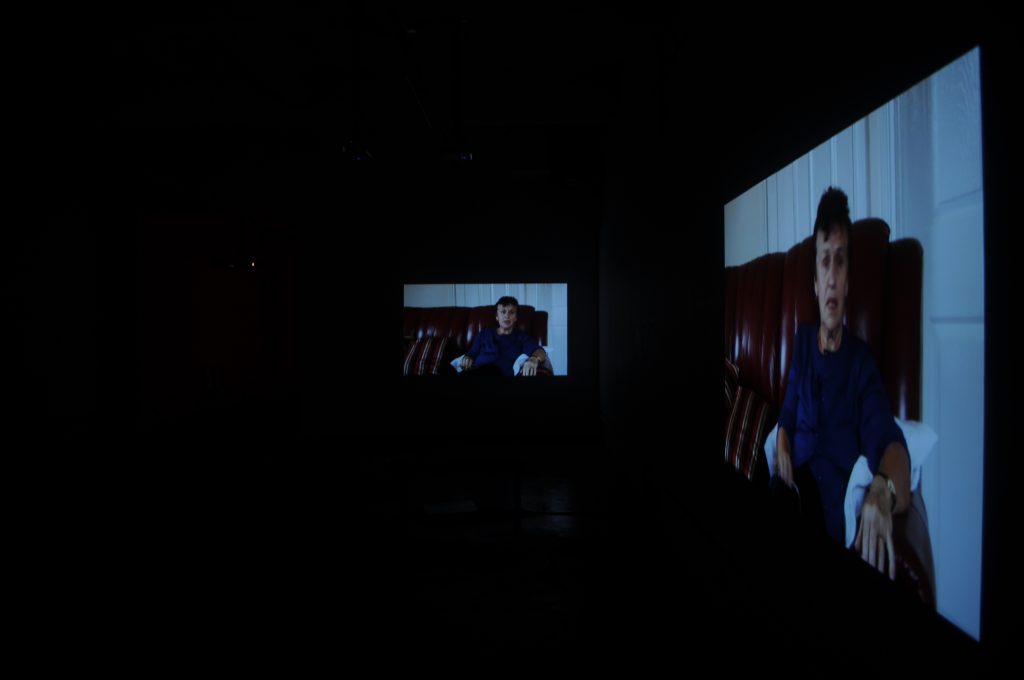 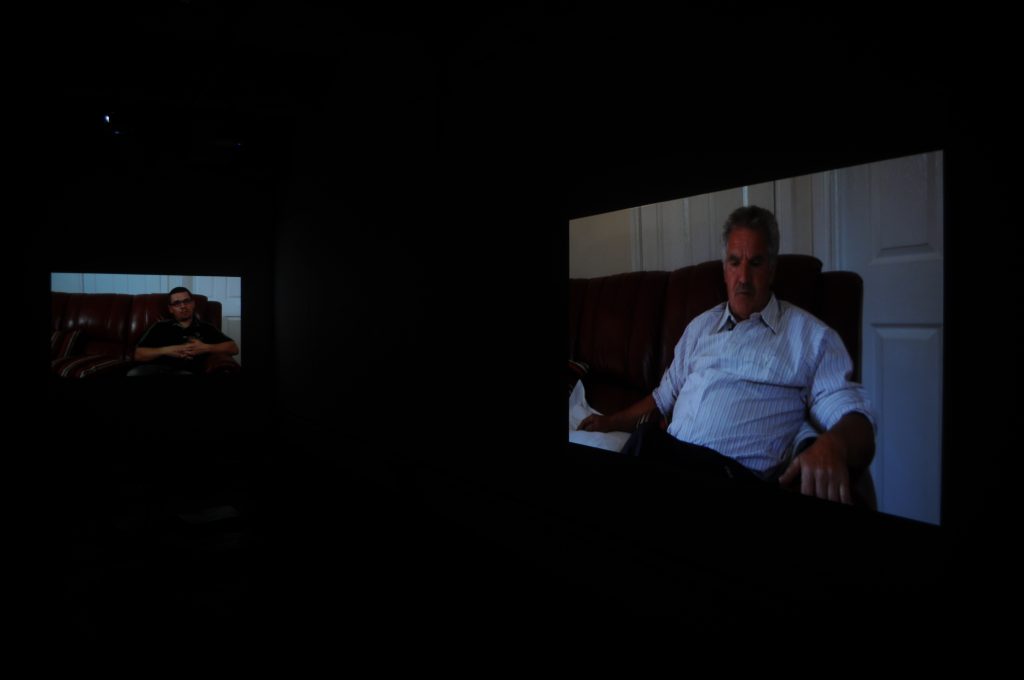 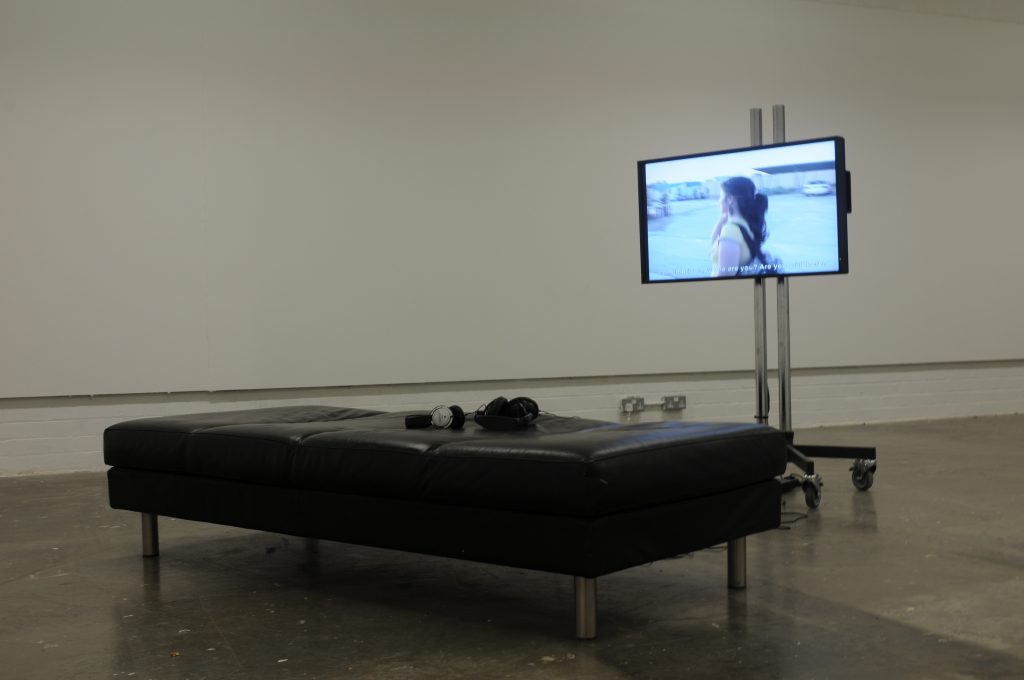 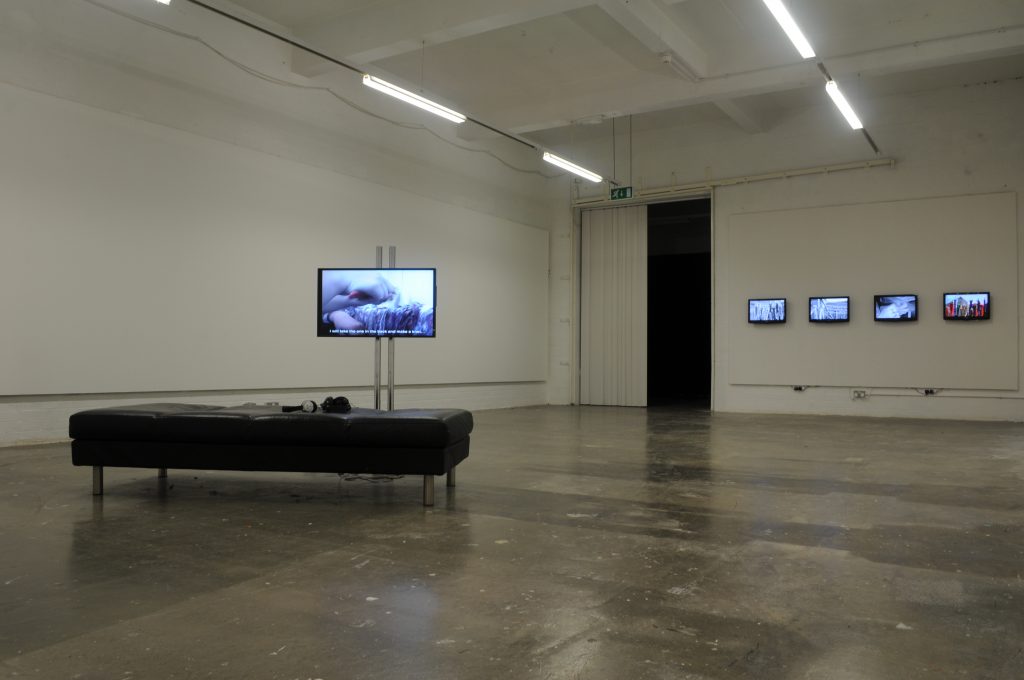 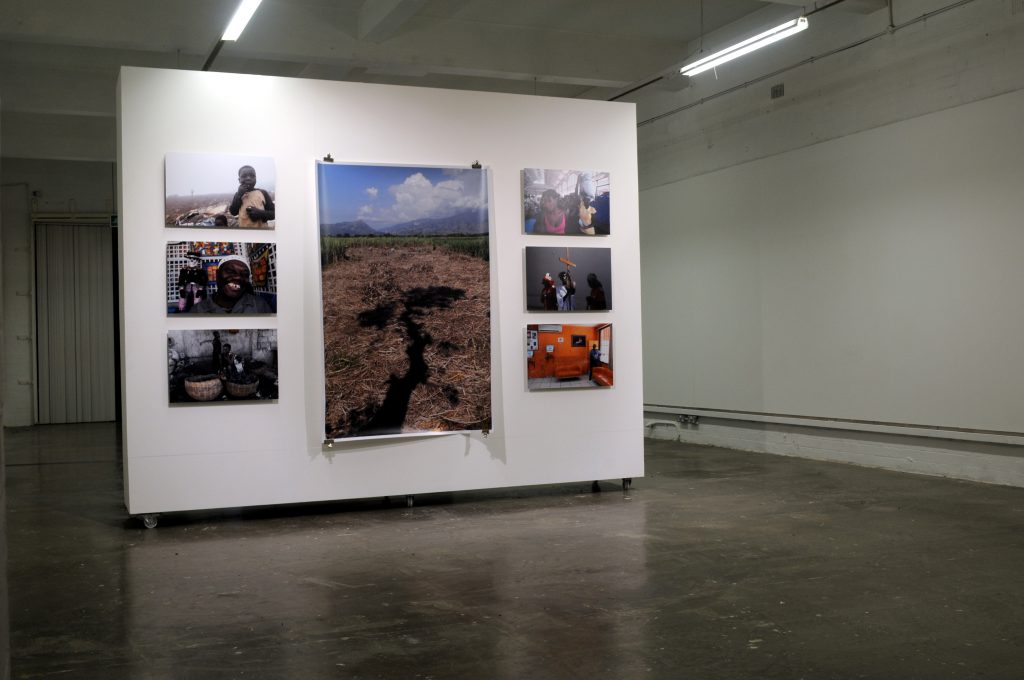 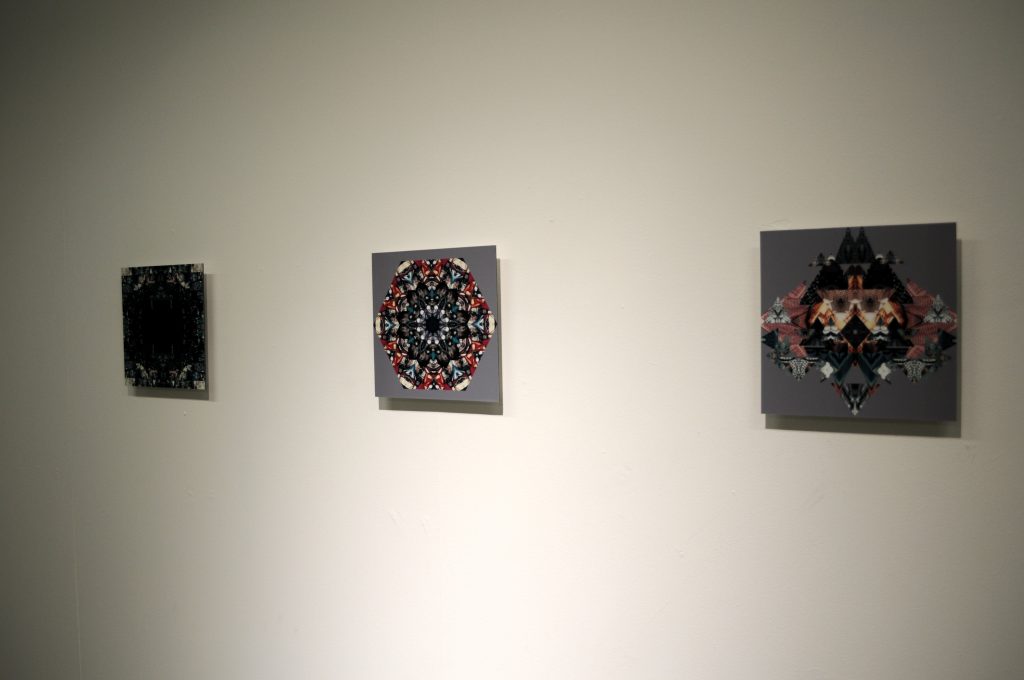 Others’ Stories is an exhibition exploring the nature of the relationship between an artist and his or her subject/s. The Golden Thread Gallery has, since its inception, been interested in how its story relates to the stories of those around them and has subsequently worked hard to examine itself in the context of those it works with, locally, nationally and internationally.

Taking six diverse artists, Others’ Stories explores the problems and challenges of attempting to tell the stories of others. Each artist has approached the problem of interpreting another person’s story in a different manner and these works provide a platform for critical debate.

The exhibition, featuring John Baucher, Cecily Brennan, Lisa Byrne, Lesley Cherry, Poshya Kakl and Franc Purg, will be accompanied by a series of lunchtime talks and debates aimed at looking at the history of storytelling in artistic practice and the accounts of artists and participants from projects that have done so.

Others’ Stories is an exhibition exploring the nature of the relationship between an artist and his or her subject. Can you really tell someone else’s story for them? It is something that artists and writers have always done, yet the questions remains, does truth suffer when it is mediated by a third party? What authenticity remains when it has been diluted along a change of storytellers before we hear it?

Others’ Stories takes six artists who have all mediated the stories of others, though they have approached  it from different angles. Lisa Byrne’s video work is a series of highly personalised accounts from a family whose two sons were shot dead in their family home. The notion that time is a healer is rejected as the raw grief of the family, their feelings of guilt and their obvious post-traumatic stress is directed straight to the camera. The same story told by a selection of family members cements the fact that every story has numerous protagonists.

Lesley Cherry’s The Knitted Word project, a selection of video and installation, confronts the viewer directly about notions of documentary and truth by offering a series of narratives retold from a third person perspective. A mixture of remember story, gossip and fiction, interspersed with news coverage, the work both questions the validity of attempting to tell someone else’s story and looks at the different methods that we try.

Haiti in the aftermath of the 2010 earthquake was photographed by many, included John Baucher. Focussing on a city intent on living, Baucher’s photographs of Port-au-Prince, its people and landscape, tell a story of hope rather than despair. However, can instant second glimpses of life really convey the story of an estimated three million people from the poorest country in the Western hemisphere? Journalists flocked to this natural tragedy, yet the images presented by Baucher show tourist brochure views and life going on rather than focussing on the horror.

Textile of Iron, Poshya Kakl’s video work, sees Poshya literally attempt to give a voice to the women locked up in Iraq prisons for crimes such as refusing an arranged marriage. The women create brightly coloured wool tapestries across the fences that segregate them as they tell Poshya their stories – in exchange she bring them wool. The juxtaposition between the pretty images they create and the utter sadness of the women is stark and the line between the need for the women’s stories to be told and the voyeurism of us, the viewer, it at times uncomfortable.

Franc Purg’s Leon is the story of a young man who killed his abusive father at the age of twelve. A Macedonian born in Slovenia, the 19 year old Leon of the video tells his own story, both of the patricide itself and of the effects of living with having committed the act. Purg has provided a forum for Leon to tell his story in his own words and the obvious discomfort of Leon, a young man who will be forever marked by the deed of his twelve year old self, is almost painful. The work questions how aspects of a story can be overlooked or overshadowed by a bigger story. In this case, the act of patricide has become the defining point in Leon’s story rather than the years of abuse and the horrific attack on Leon’s mother that precipitated his action.