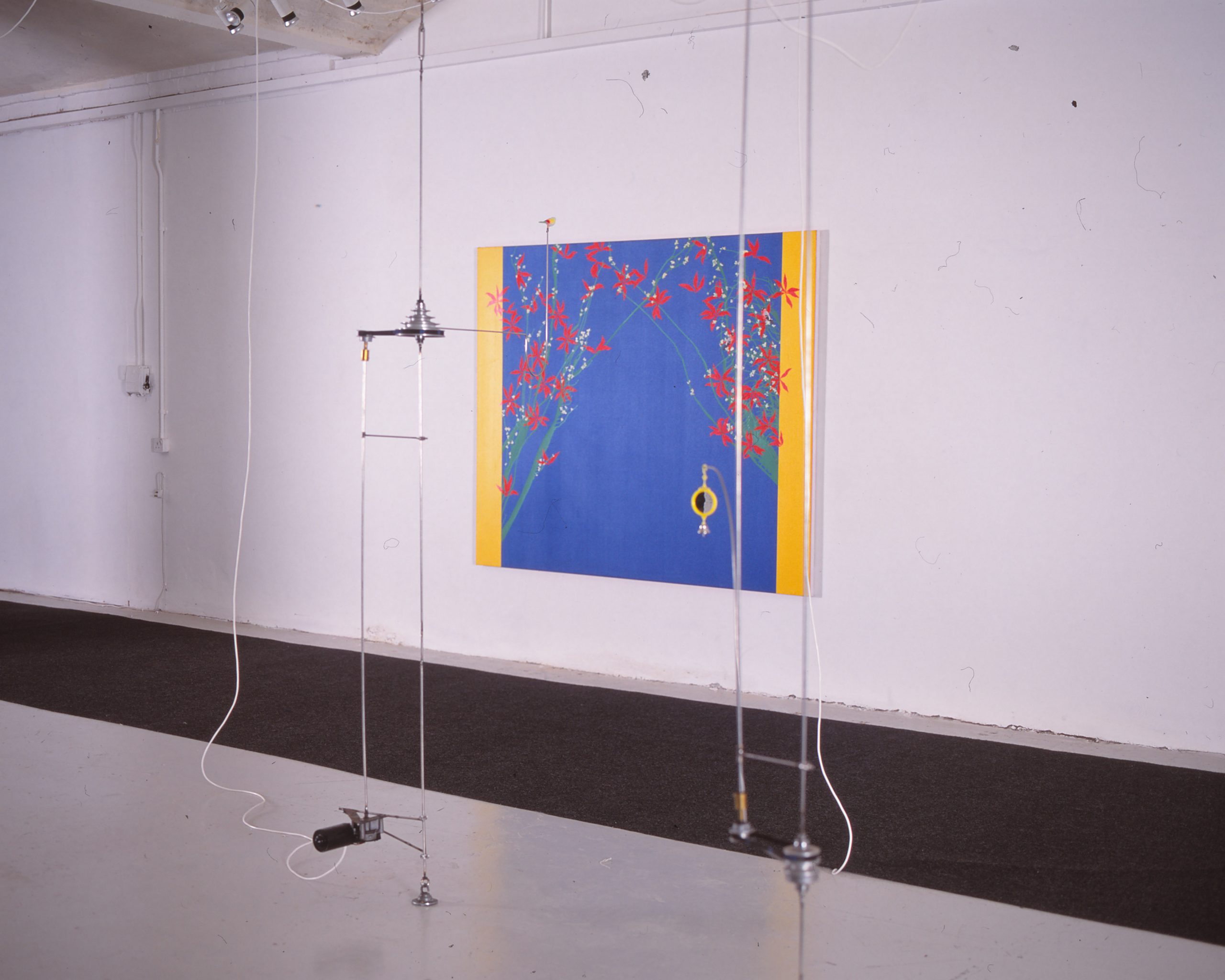 Orrey
An exhibition of works by Mike Hogg & Darren Murray 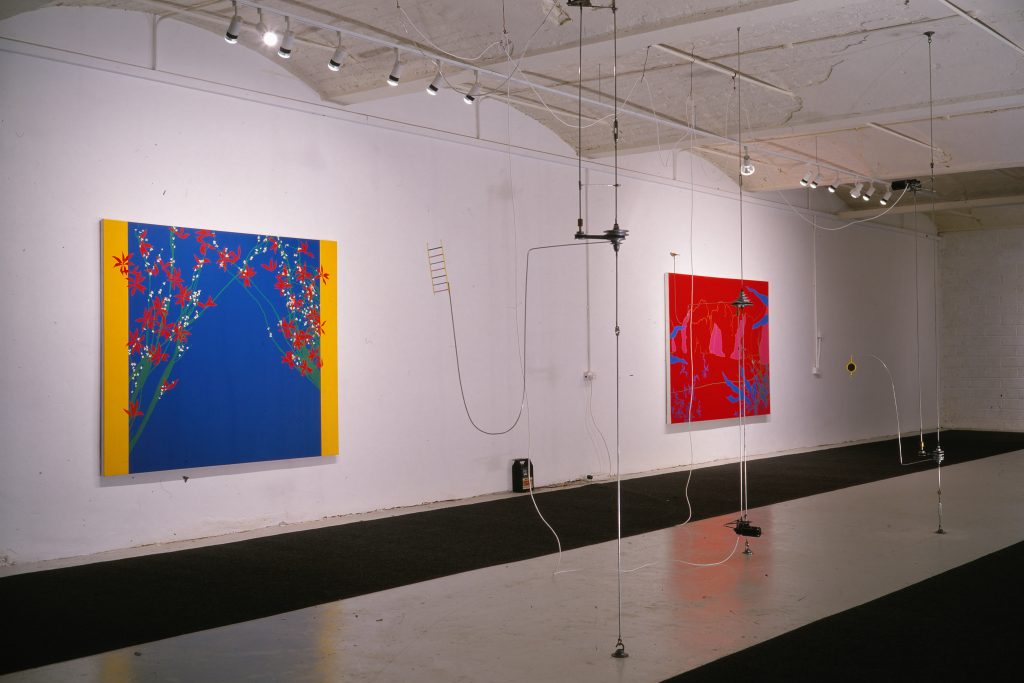 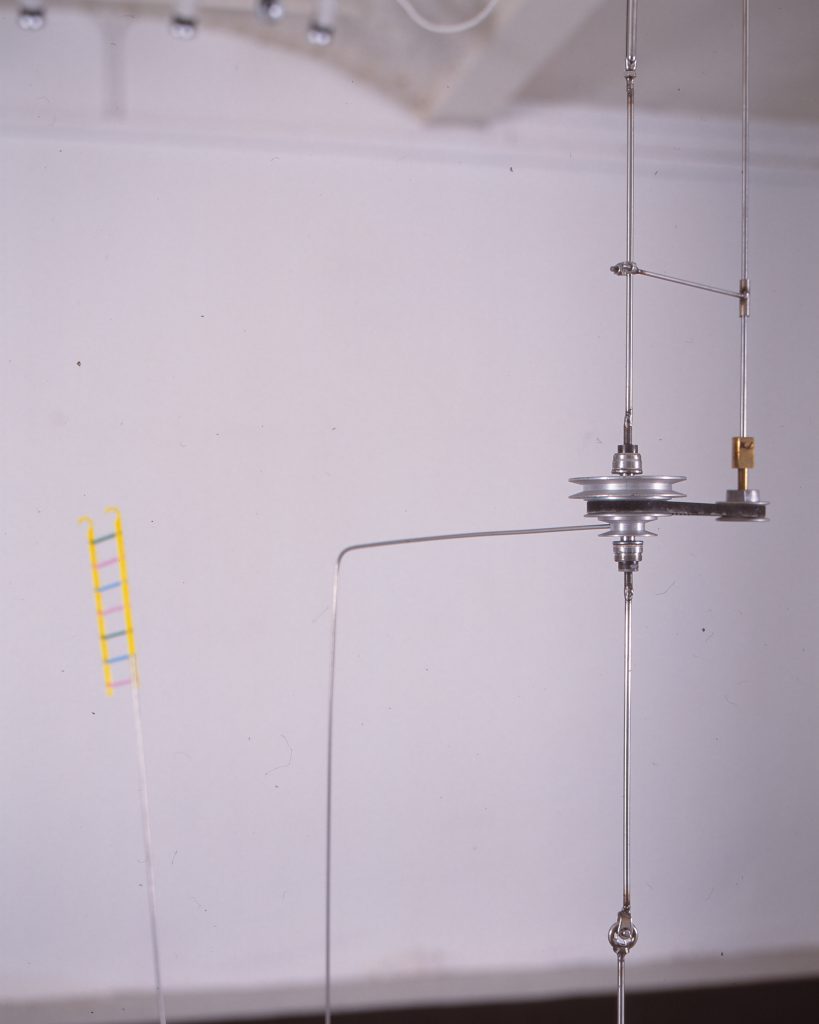 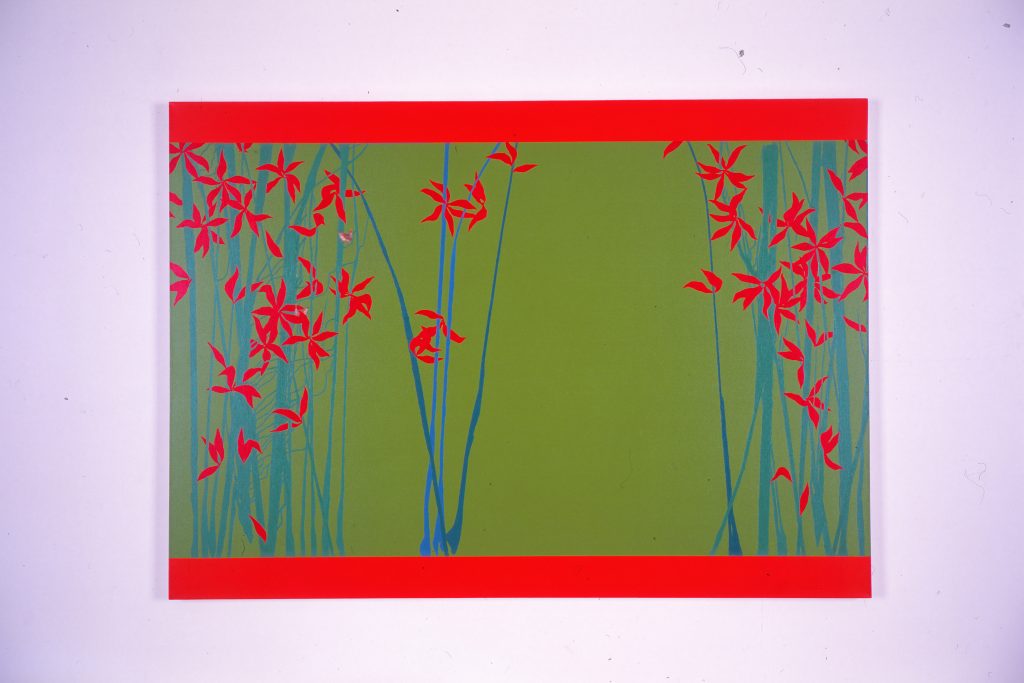 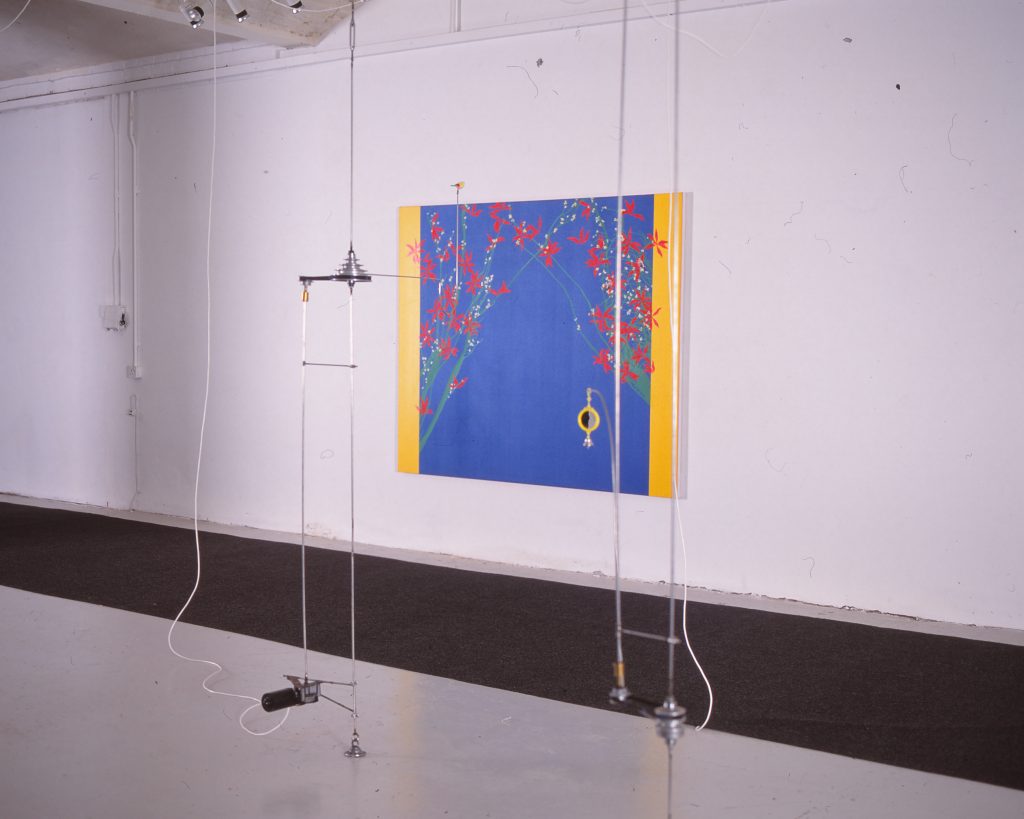 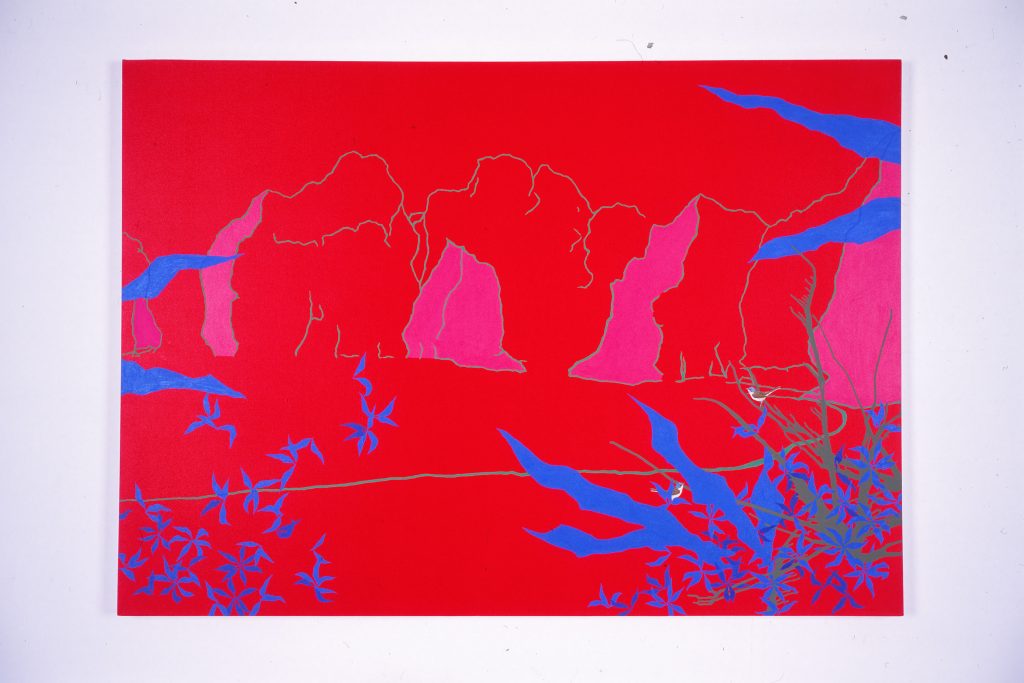 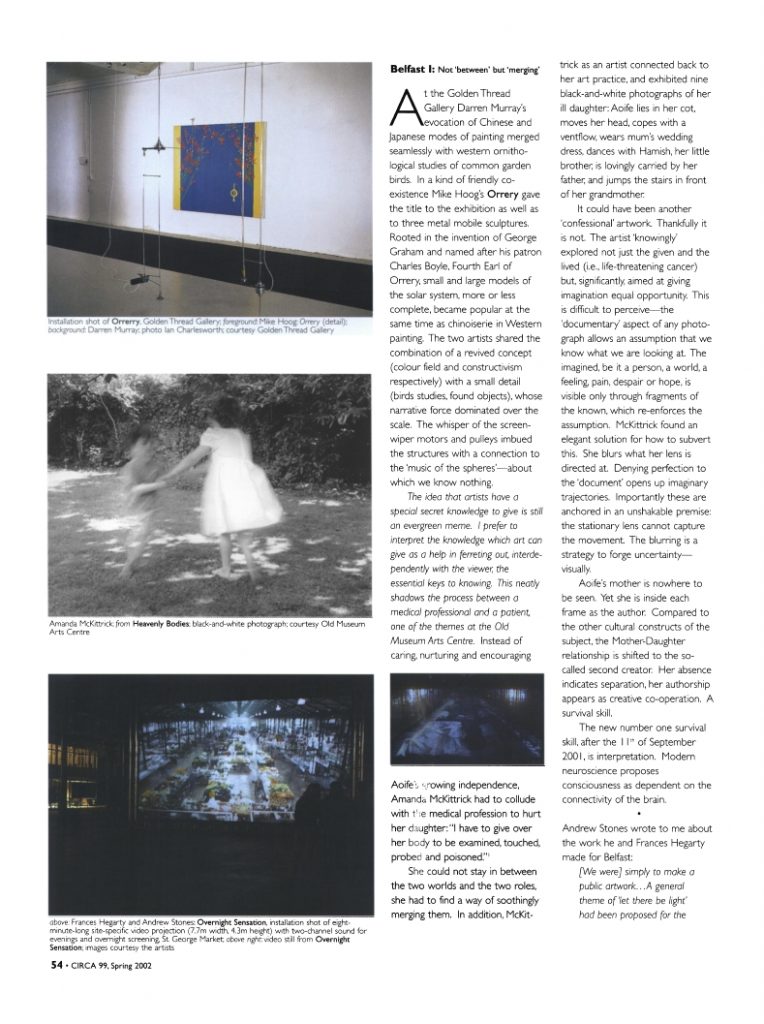 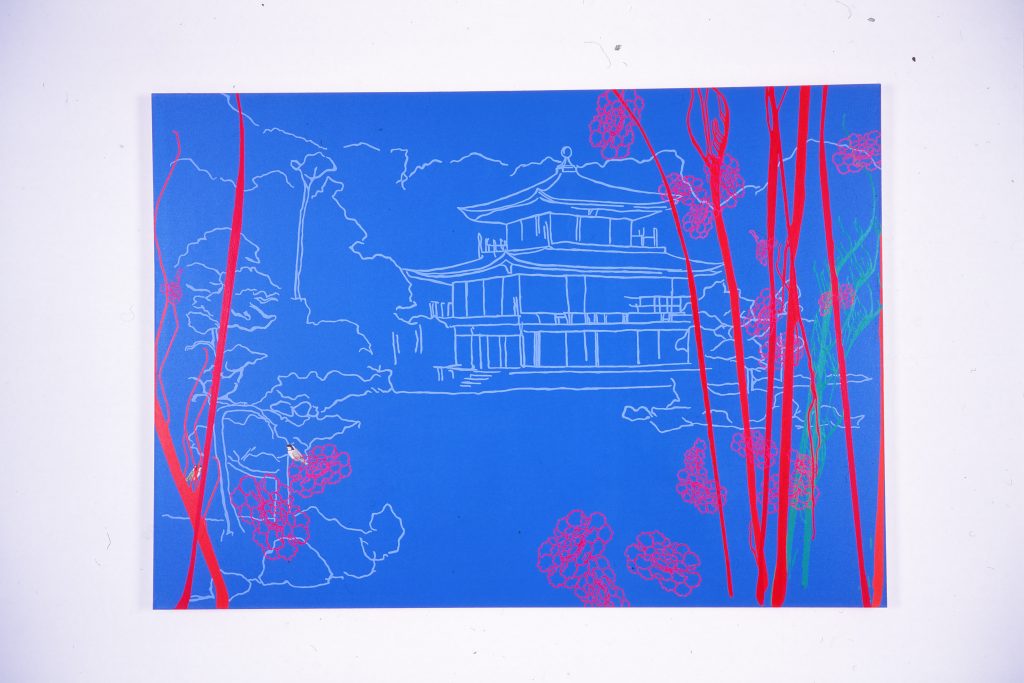 The Golden Thread Gallery would like to take this opportunity to invite you to attend the opening of Orrey, a two-person exhibition featuring new work by Mike Hogg and Darren Murray.

Orrey, the title of the exhibition is taken from the apparatus central to the construction of Hogg’s new work.

Darren Murray, based at Orchid Studios, Belfast, since graduating from the University of Ulster in 1999 has shown work in a number of exhibitions throughout Ireland and had solo exhibitions at The Context Gallery, derry and Clotworthy Arts Centre.

Murray’s practice is composed of juxtapositions, presenting a clash of two dispirit cultures. The stylized decorative, original motifs from Chinese patterns and referencing of Japanese woodblock prints create an imaginary landscape inhabited by the detailed ornithological studies of familiar garden birds. These elements in turn contrast with the shimmering color combinations of the nostalgica American Colourfield references.