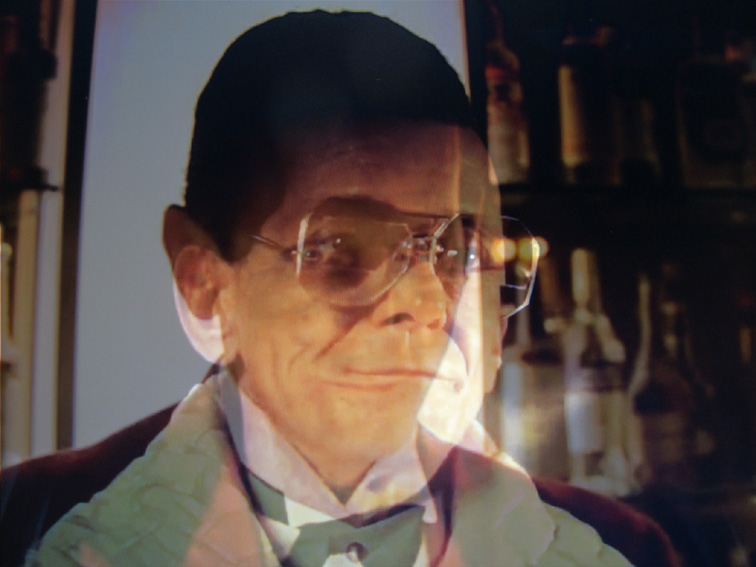 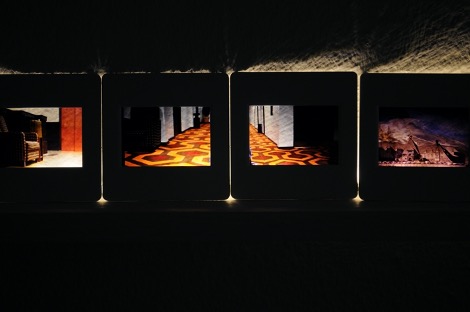 Nocturama explores the sense of uneasy nostalgia and instability of memory and self. Nocturama uses two films: The Shining (1980, directed by Stanley Kubrick) and Blade Runner (1982, directed by Ridley Scott) as the starting point for a process that makes connections and transforms found 35mm slides and footage, opening the potential for new narratives.
O’Gorman’s work creates a compelling sense of familiarity, where images are simultaneously known and mysterious, blurring what is real and imaginary.
O’Gorman exploits the distinctions between mechanically- mediated photographic recollections (preserved from the moment of origin) and the unreliability of neurological memory with all the natural lapses and misrepresentations that occur.
About the artist:

Sara O’Gorman received her Master in Fine Art from the University of Ulster in 2012. Since graduating from a BA Honour’s degree in Fine and Applied Art from the University of Ulster in 2007 O’Gorman has been a co-director at Catalyst Arts, Belfast until 2009 and a board member at Queen Street Studios, Belfast. Recent exhibitions include After the Future, EVA International – Biennial of visual art, Limerick; Afterwardsness, Studio Nine, Wexford and bold articles, a solo show in Queen Street Studios, Belfast. Gail Prentice (Studio Manager at Flax Art Studios) selected my MFA degree show work to be featured on MAstars on Axisweb.