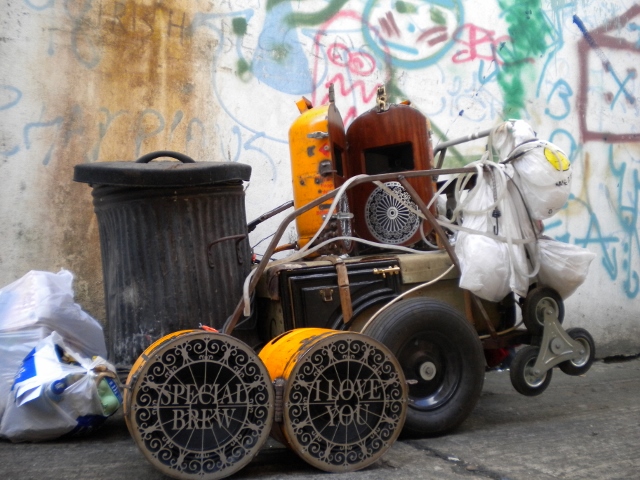 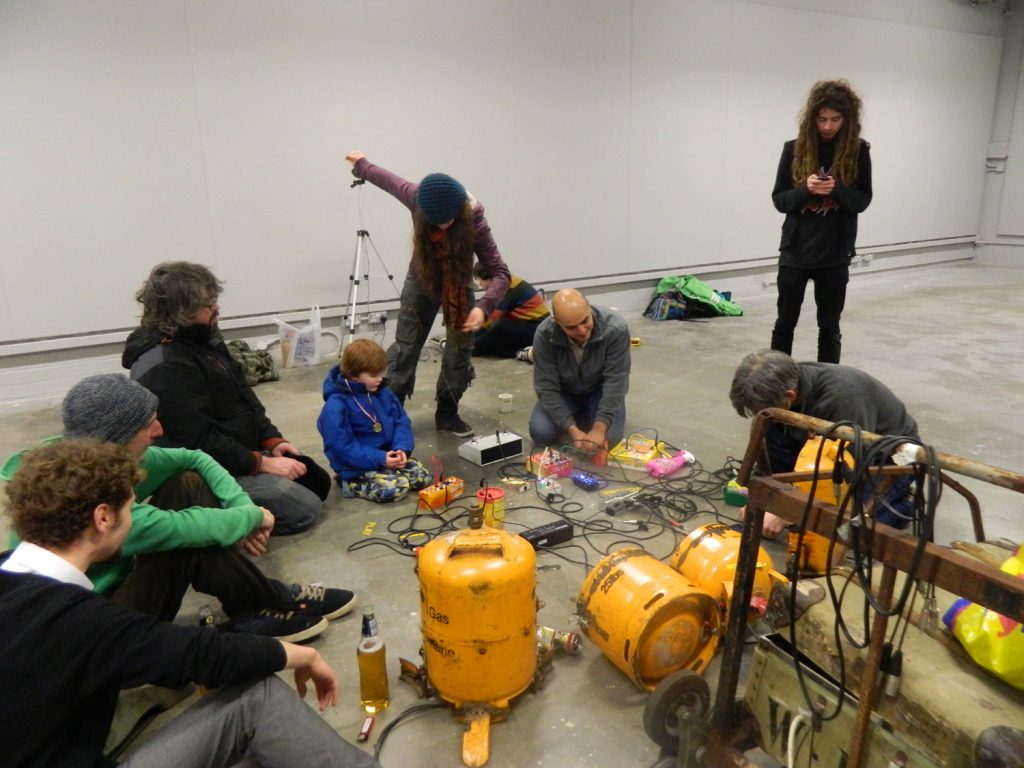 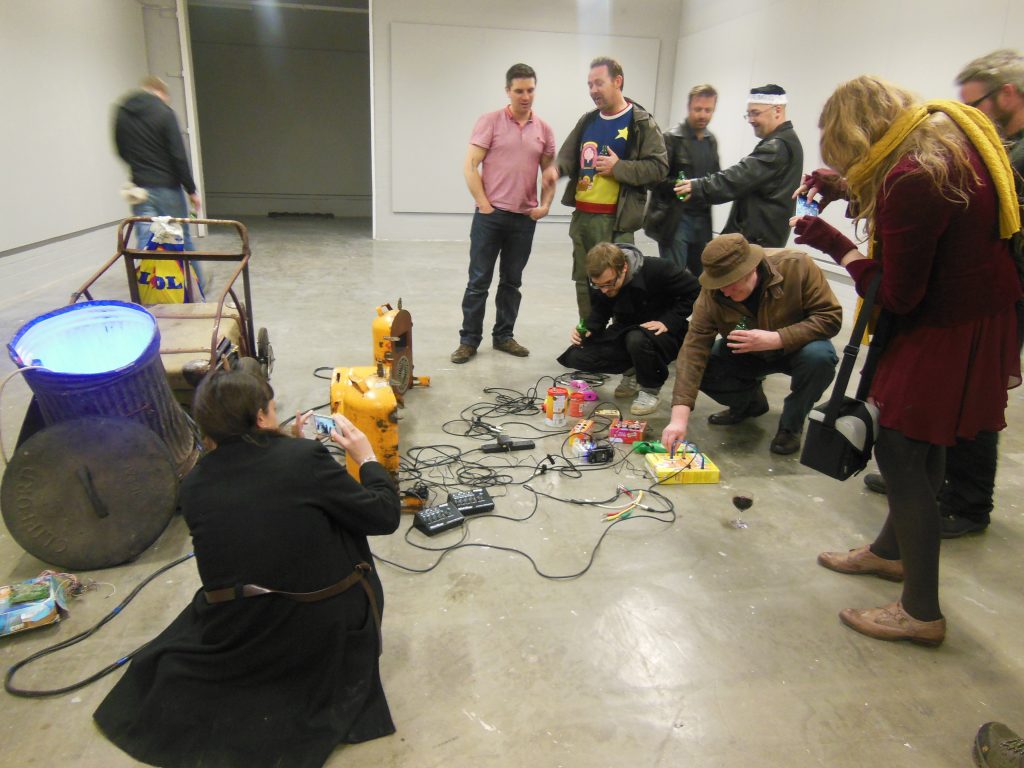 Nicholas Keogh’s work is engaged with Shamanic practices, alternative rituals and alleyway pastimes. In this exhibition he invites audiences to experience, explore and interact with his dark and wondrous sculptural sound installations and video work.

Central to the exhibition is a pair of ‘Bin Discos’, the first of which was built in 2003 after returning from a trip on Rathlin Island. The ‘Bin Discos’ are portable sound systems made from elaborately converted bins, originally

created to be played at illegal alleyway parties. This is the first time any of Keogh’s ‘Bin Discos’ have been shown in a gallery space.

The exhibition will feature ‘Bin Disco 5’ built for Manifesta 5, Donostia-San  Sebastian in 2004 and ‘Dust bin Disco’ built for the streets of New York in 2007. ‘Dust bin Disco’ has been revisited and revamped specially for the exhibition at the Golden Thread Gallery. It has had its sound system rebuilt by ‘force 10 sound’ and now features a series of custom made analogue synthesizers built by Barry Cullen. Also, specifically for this exhibition, ‘Bin Disco 5’ will play ‘Bin Sounds’ 2013, mixed by Barry Cullen, recorded by Michael

McKnight, featuring Brian Brown, Martin Carter and Philip Hession. The ‘Bin Discos’ are joined in the exhibition by Keogh’s strange and darkly humorous, tragic video work ‘A film about Bluebottles’.

Nicholas Keogh (b. 1977) studied at the University of The West of England where he received a BA (Hons) in Fine Art in Context. Keogh lives and works in Belfast and is based at Lawrence Street Workshops. Keogh has exhibited widely nationally and internationally. He represented Northern Ireland at the Venice Biennale in 2005, was selected by CIRCA magazine to represent the Republic of Ireland at Experience Pommery #5 L’art en Europe 2008. His film ‘A Removals Job’  2012 commissioned by the MAC Belfast as part of its opening program, received a Special Commendation at the Cork Film Festival in the best Irish short category, its U.K. screenings to date include the White Chapel Gallery, London and Encounters film festival Bristol and is now starting to pick up momentum across Europe.