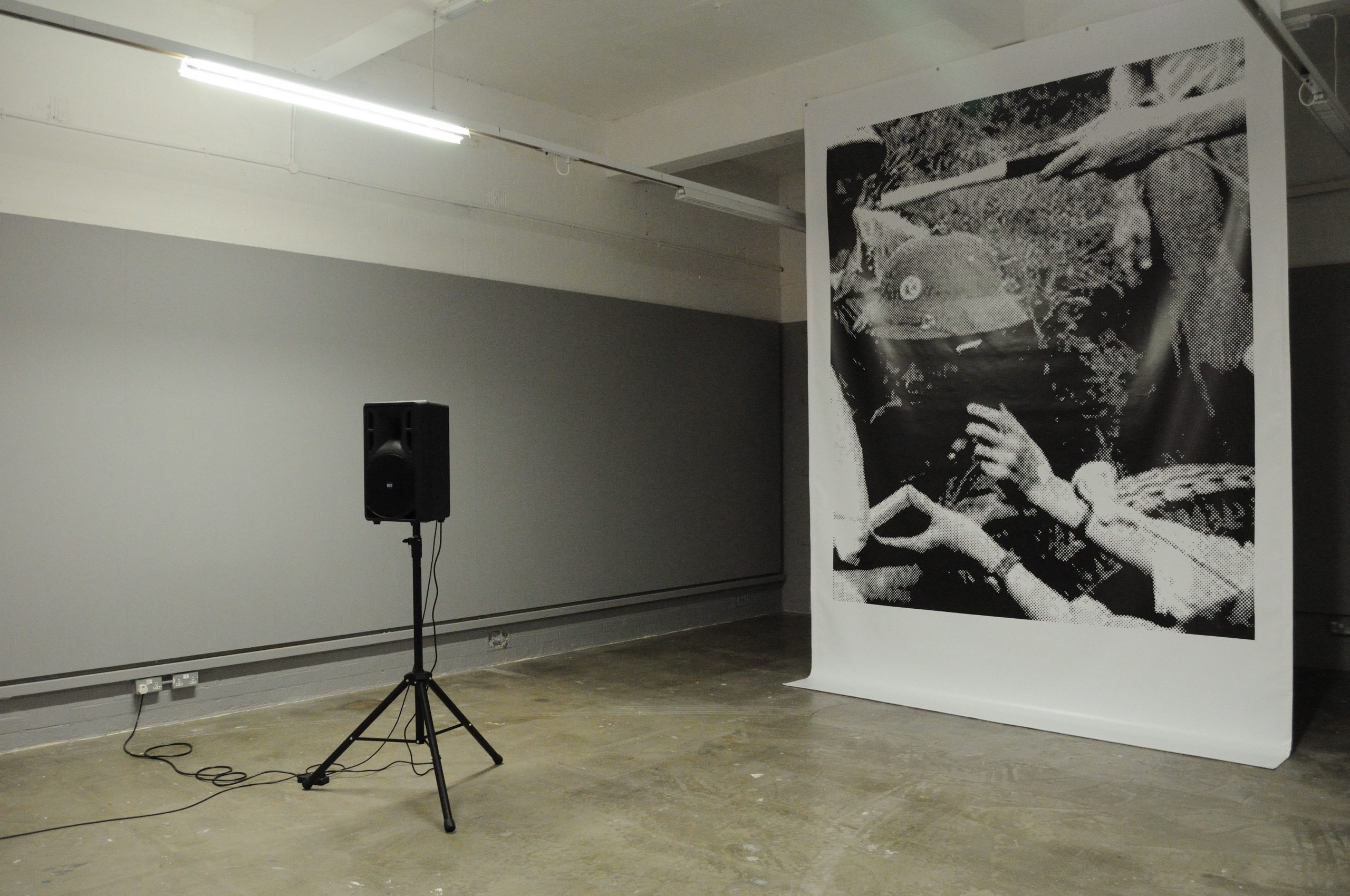 Nagraphobia
An exhibition of works by Allan Hughes 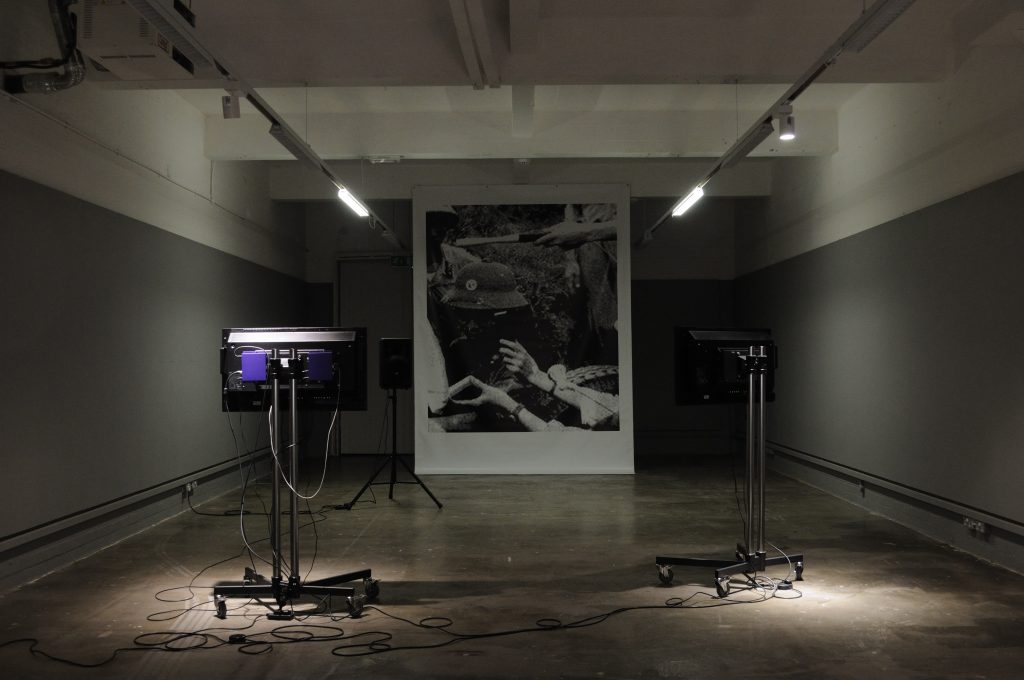 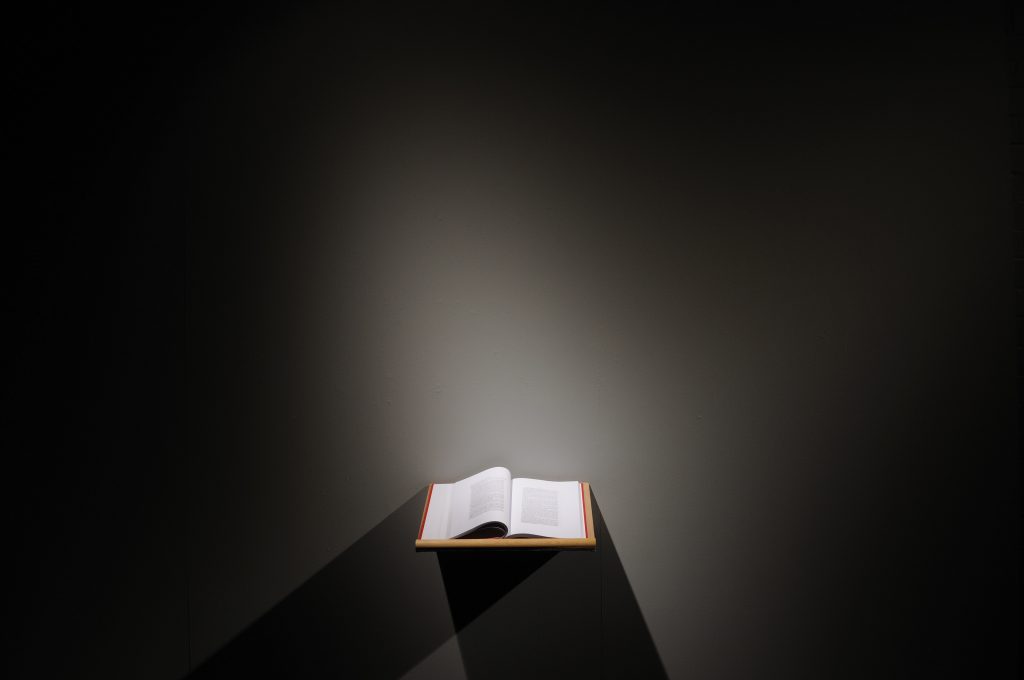 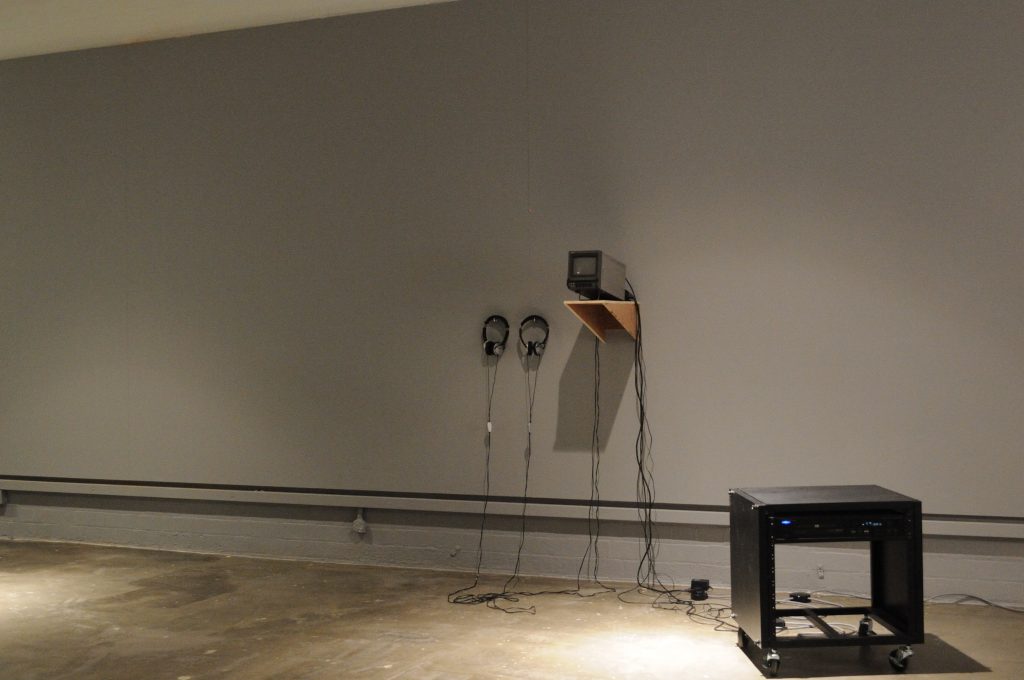 This new work examines established functions of the recorded voice in cinema, negotiating a topology that impacts upon issues of self-determination, and representation.

The work engages with the implications of remediation between particular representational contexts, outlining a relational course between cinematic performance and political activism and the function of both the actor and apparatus between the two. Specific subjects are made of Jane Fonda’s broadcasts on Radio Hanoi from 1972 and the topology of the cinematic voice effected through her performance and the narrative of Alan J. Pakula’s Klute in 1971. This is footnoted by her inclusion as a surrogate subject in the Dziga Vertov Group’s film, Letter To Jane, also from 1972.

Reconstruction and performance are employed to negotiate the consequences of establishing the voice as an object that is extra-linguistic to speech, in opposition to the ideality of meaning. This ideality is, paradoxically, the very thing that Fonda desires in the context of her political objectives. What material aspect of the voice can therefore be reconstructed from the recorded and remediated voice in this context and what can be recovered from the voice that we give?

The central element of the exhibition, a two-channel, synchronised video installation, appropriates and reconfigures established methodologies for audio post-production, in particular, synchronised dubbing. The work destabilises the complete recovery of the object voice and the synchronised voice is upheld as a paradoxical object, only ever apparent when it is disrupted and removed.