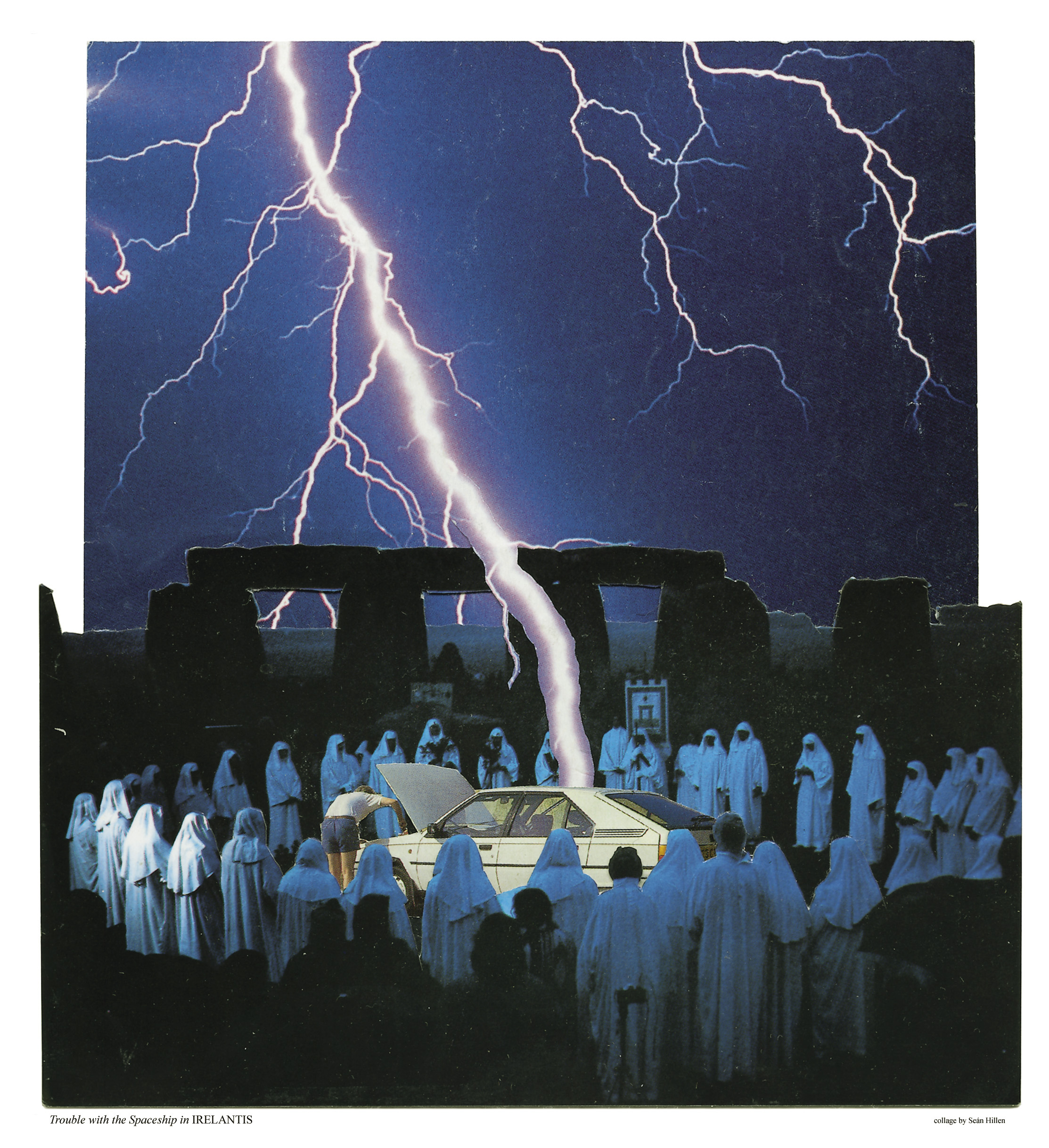 Golden Thread Gallery are taking part in the Great Art Quest – a unique initiative funded through Children & the Arts that aims to develop stronger links between schools and their local art gallery.

This touring exhibition builds upon the ongoing partnership between Golden Thread Gallery and Libraries NI.

Seán Hillen: 100 Works is the first major solo exhibition of Seán Hillen in the North of Ireland with works dating back to the early 1980s. Hillen grew up in Newry, during an intense phase of the Northern Ireland conflict, before studying in London at the Slade School of Fine Art.His earliest works were fine art-documentary photographs, which quickly became source material for a series of paradoxically funny but politically-charged photo-collages, created between 1983 and 1993, when he moved to live and work in Dublin.  The Irish Times critic Fintan O’Toole stated that these works “remain the best expression of what it felt like to be in Northern Ireland during the Troubles”

Sean Hillen: 100 works can be viewed in Golden Thread Gallery until 11 March 2017. If you would like to see more of our exhibitions  why not pay us a visit. Check out our website for our full programme of events www.goldenthreadgallery. 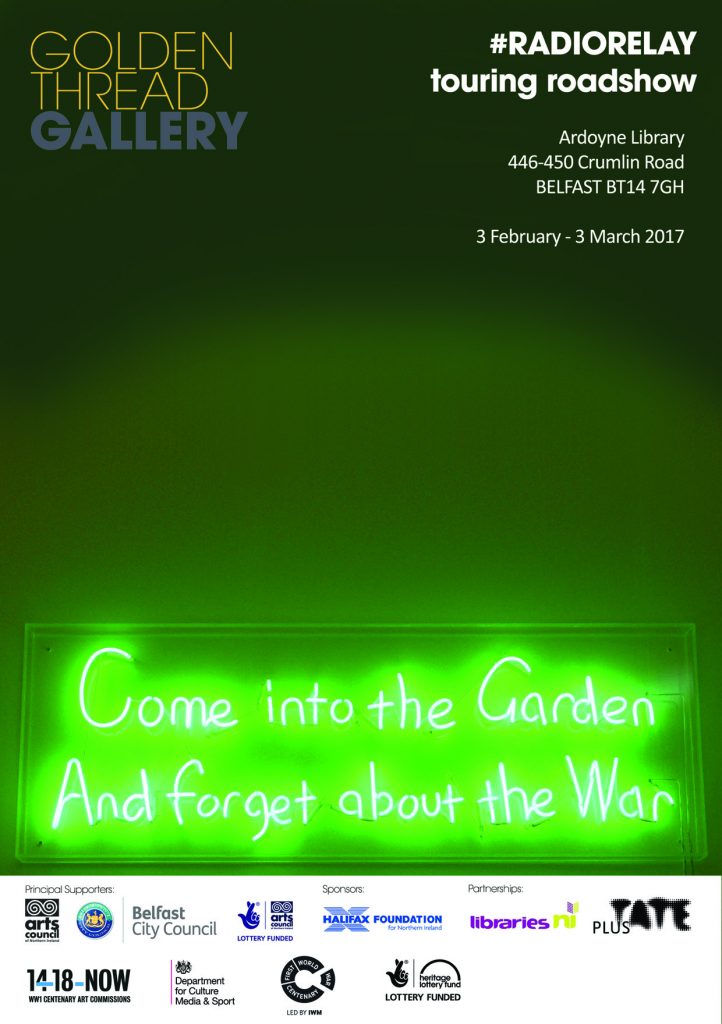 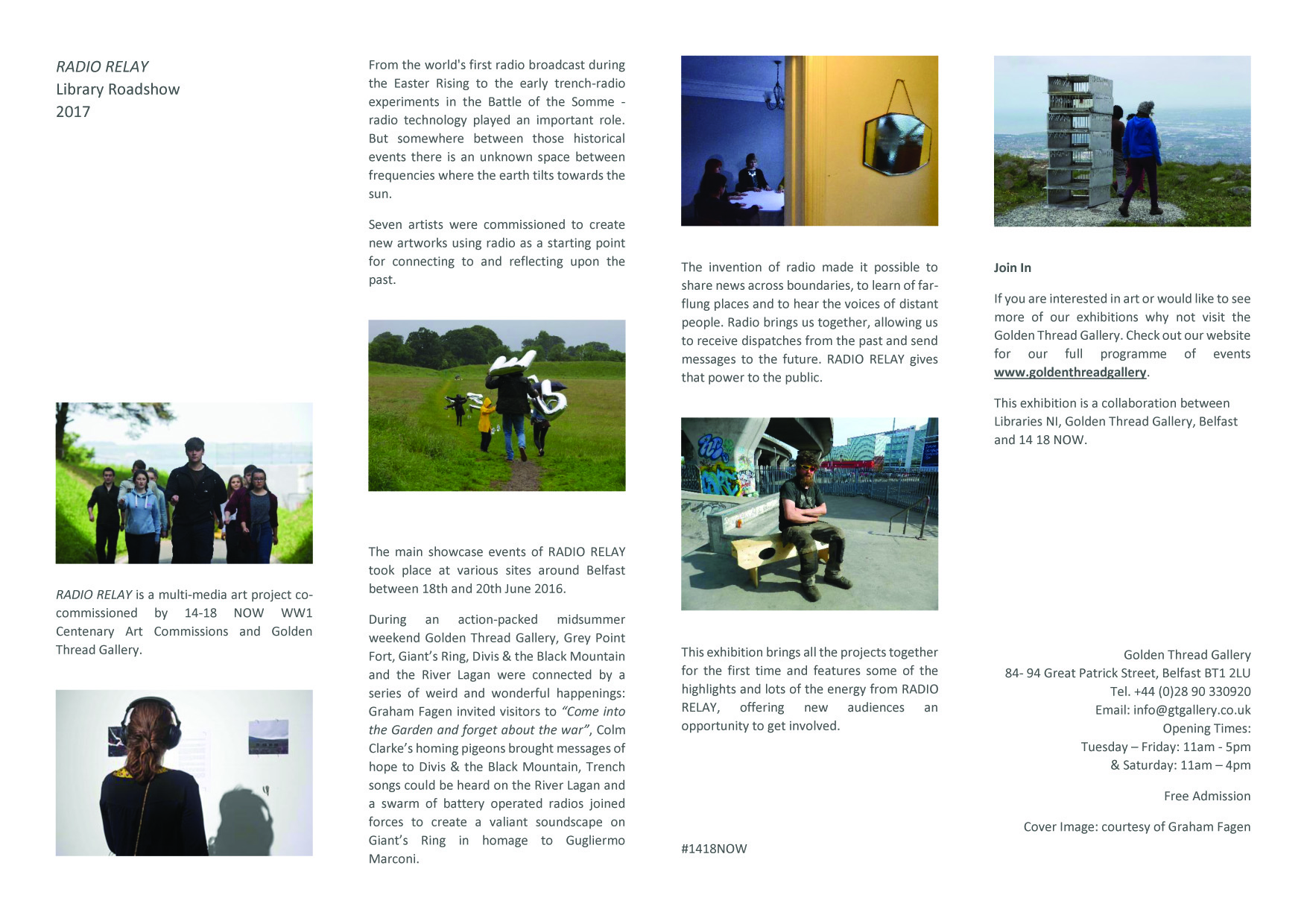